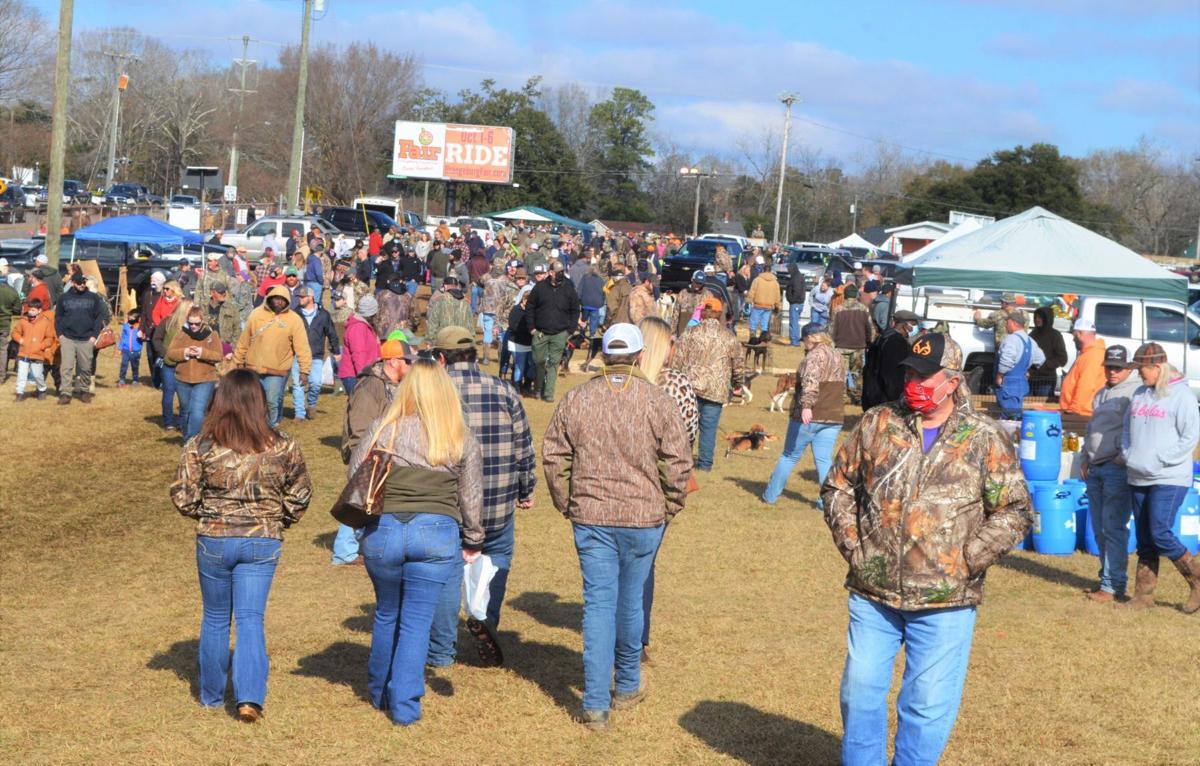 People attending the 2021 Grand American Coon Hunt walk the grounds of the Orangeburg County Fairgrounds on Saturday morning, seeing puppies and dogs for sale, while also visiting various vendors located across the property. Bench shows and treeing contests added to the excitement. 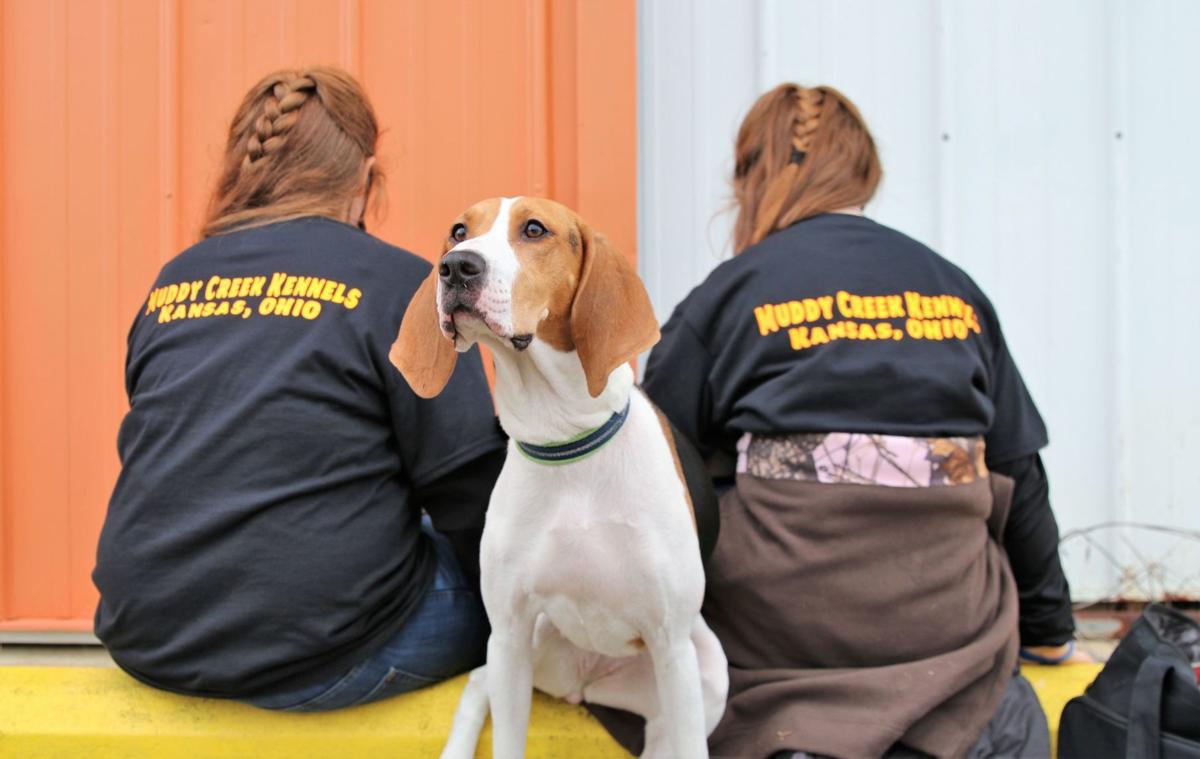 A scene from Friday, Jan. 8, 2021, at the Orangeburg County Fairgrounds.

Grand American President David McKee said he is expecting a large group of entries this year after numbers were slightly down in 2021. He said he has fielded a tremendous number of phone calls from people interested in attending, and according to McKee, as of Tuesday only four camper spaces were left in the 100-space lot near the fairgrounds.

"Last year we had about 70 hunters each night," McKee said. "We already have over 200 pre-entries for this year, and will have some walk-ons before the event begins Friday night. I'm expecting between 250 to 275 entries for the weekend."

All Nite Hunt entries will be taken on the grounds based on hunting guide availability. The cost is $60 and must be paid in cash. Dogs must be confirmed between noon and 2 p.m. each day.

"The competition hunts are split into four-dog casts that hunt for two hours," McKee said. "During that period, the dog and handler are scored on a system of how well they work together. The group with the highest score is the cast winner."

IN PHOTOS: Friday morning at the 2021 Grand American Hunt and Show

McKee said the top 20 cast winners will be recognized each night and the top four overall will hunt Saturday to crown the Grand American champion. No racoons are killed or attacked on the hunt.

Timber Rockin Mia, a five-year-old Treeing Walker, captured last year's championship after finishing in the top 10 in both the Friday and Saturday hunts, then talking first overall in the Final Four. McKee said the female would not be attending this year due to an unfortunate accident.

"The female that won last year was killed," McKee said. "She was hit by a car. It's a risk of the sport; we try to keep (the dogs) from going on the highway, but occasionally it happens. Her handler (Chase Stamper of Union) will be hunting with a different dog."

In addition to the two night hunts, McKee said there will be adult bench shows Friday and Saturday and a youth bench show Saturday.

As the Grand American attempts to get back to normalcy, McKee said protocols will be in place due to the coronavirus.

"We will have signs asking people to wear masks and practice social distancing," McKee said. "Most of the events are outdoors, which helps, but we will go with what the government has posted as their recommendation."

IN PHOTOS: Saturday at the 2021 Grand American Coon Hunt

The lone drawback, according to McKee, is the amount of vendors that are expected to take part at the fairgrounds over the weekend.

"A few of the vendors will be unable to make it due to a shortage of product," McKee said. "It's the way things are right now, and we're dealing with it. Some of these people just don't have enough things to sell."

"We're expecting a nice weekend, which has been a rarity in reason years," McKee said. "Orangeburg is a wonderful place that always makes the visitors feel welcome. Nobody from out-of-state has ever complained about not feeling welcomed at our event, and that's a good feeling."

Frankie Card of Johnsonville lives in the Pee Dee region of South Carolina, but has grown to like the Midlands, especially the Orangeburg Coun…

Chiefs end up on top in potential game of the year

Innovative insulation unveiled for Team USA ahead of Winter Olympics

Innovative insulation unveiled for Team USA ahead of Winter Olympics

Brawl breaks out between Cowboys, 49ers fans outside AT&T Stadium

Brawl breaks out between Cowboys, 49ers fans outside AT&T Stadium

People attending the 2021 Grand American Coon Hunt walk the grounds of the Orangeburg County Fairgrounds on Saturday morning, seeing puppies and dogs for sale, while also visiting various vendors located across the property. Bench shows and treeing contests added to the excitement.

A scene from Friday, Jan. 8, 2021, at the Orangeburg County Fairgrounds.