More than 1,300 killed in powerful earthquake that struck Turkey and Syria; death toll likely to rise

My neighbor Sam sends me pictures of deer he has on trail cameras from time to time. A month ago he sent me a picture of a buck he calls “The Brute."

The buck appears to be in the 4-1/2 to 5-1/2 age category and has a nice wide and high eight-point rack. What sets him apart is his muscular and thick body along with an edgy personality. You can clearly see on camera that personality identifies him as the bull of the woods on our stretch of the Edisto River swamp. This deer appears to frequent the property line between our farms, but only during midmorning hours of 2 to 4.

During a recent cold snap, my wife Breta decided she wanted to go to the farm and sit in a stand to unwind a little. She, as usual, wanted to sit down near where the hardwood flats and acorn ridges drop off into the swamp bottom.

I decided to sit over a food plot next to a clear-cut. I just felt like deer should walk the edge of the cut next to the hardwood bottom, though while sitting there over the last month, I had yet to see a deer there at dawn. The herds of does in the area were flocking to the food plot that is lush with oats and radish. You know, where there are does ...

After dropping Breta off at the upper field plot to slip downhill into her stand, I parked the truck about 100 yards from my stand with the thought that I could use my key fob to blow the horn and push the deer out on my plot at dark so as not to give away my position in the stand (something I’m sure the older does would remember).

I had been working that day and rather than change into my hunting clothes, I tried an experiment. I used a kit of Nose Jammer products that my friend Shaw Grigsby had gifted me. I used the under-arm deodorant and sprayed down my pants and jacket with the scent spray. This stuff smells like vanilla extract, which is overwhelming to me, but I wondered what deer would think of it. Would they still smell me, would it cover my scent, would they bolt when the smelled it?

Shortly after I settled into my stand, I saw a lone doe on the far edge of the food plot and on the edge of some tall broom straw. Soon she was joined by another and then another. These deer were not exactly downwind of me but with the wind swirling from my right side and coming from the river and across the clear-cut, I reasoned they would soon smell me.

With that in mind, I was thrilled to see a large seven-point buck with a wide but tall rack stroll out of the woods directly to my left. He was directly downwind and not 50 yards away. As soon as he entered the plot, his nose went straight up in the air and he turned and look directly at me. I thought to myself, “Okay the jig is up and he is going to clear the food plot."

Amazingly enough, he began walking straight at me with his nose held high. He stopped and stood 30 yards away and I remained motionless. Suddenly and apparently satisfied, he turned away and focused his attention on the does out in front of him and across the food plot. Wow! The nose jammer had covered up a day of sweat and dirt on my clothes.

I watched the deer for almost 40 minutes. I was surprised how vocal the animals were. Bleats and grunts were sounding all over the food plot. Another smaller buck joined the 20 or so deer in the plot and watched as the seven-point charged doe after doe gauging their interest.

I was so entranced by what was going on to my left I didn’t notice the small eight-point buck and two does come across the clear-cut from behind me and from my right until a bleat nearly under the stand surprised me. It was getting darker now and I picked up my binoculars in lieu of my scoped rifle. I slowly focused them on the eight-point that was now only 15 yards from my stand. It helped to be able to cover my movements by ducking under the camo below the rail. I wanted to see what he was browsing on in the dogfennel and pine clear-cut rather than stepping the few remaining yards into the lush oats.

Just as I got the binoculars on him, one of the does bleated and he took off after her. I watched as the white tails disappeared and turned onto the fire break that bordered the woods on the edge of the clear-cut. I could only follow the progress of the chase by the squalling of the doe. Just as I lowered the binoculars, a dark missile hurdled down the length of the food plot covering the 200 hundred yards in what appeared to be three seconds.

It wasn’t the seven-point. I got the glasses back on him just as he ran to the edge of the plot and into the clear-cut where he stopped with his front feet on a small hill where he could see over the four-foot pines. His rack was tall and brown. He was beautiful. As I watched him, he followed the sounds of the chase now 200 yards out and circling back into the swamp. He couldn’t stand it and took off in pursuit. I had just seen The Brute.

The rest of the deer settled back in to leisurely eating with the exception of the seven-point, which was nowhere to be seen. He must have left the food plot when he saw the big buck enter the other end. It was time to go run the deer out of Breta’s food plot so she could get down. I got the key fob out of my pocket and hit the lock button twice. The horn on my truck blew a short retort. All of the deer perked up. I hit the key in quick succession and the horn blew three times. When I looked back in the plot, all I could see were white flags disappearing into the tall weeds on the other side of the field.

I made my way back to the truck without a light and drove down into the swamp. Breta reported seeing about the same amount of does and bucks I had, so it was a 40-deer night. Not bad!

Apparently neither of us really intended to shoot a deer that evening. We have no friends that need venison and we have plenty of tender loin in our freezer. Would we have shot The Brute under different circumstances? I don’t know, but I’m glad I didn’t.

My buddy Glen Hutto approached me recently and asked if I would like to go on a release quail hunt with him and his son Joshua. Joshua has jus…

For more than a decade, wild turkey populations across the Southeastern United States have been in decline – in terms of both production/recru…

I stopped carrying a shotgun while turkey hunting several years ago. I love to get out in the woods at dawn and listen. My heart still pumps l…

COLUMBIA — Results of the 2020 Deer Hunter Survey conducted by the S.C. Department of Natural Resources indicate that the statewide harvest of… 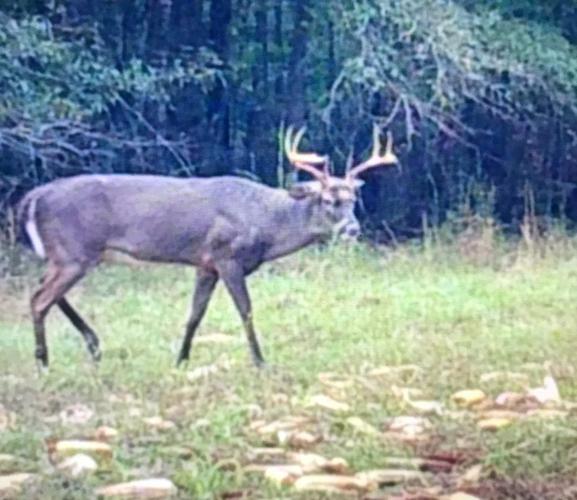 The Brute appears to be in the 4-1/2 to 5-1/2 age category and has a nice wide and high eight-point rack. What sets him apart is his muscular and thick body along with an edgy personality. You can clearly see on camera that personality identifies him as the bull of the woods. 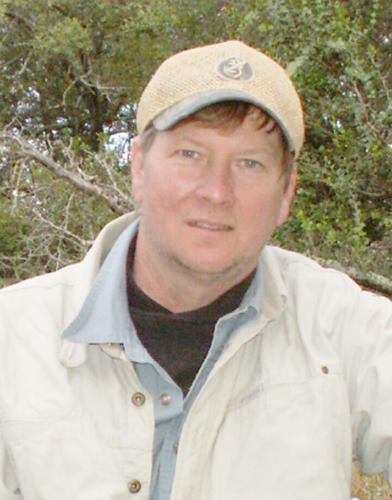