Become a Member
Read Today's E-edition
Share This
Clemson-Carolina challenge: How well do you know the rivalry?
0 comments
Share this
1 of 2 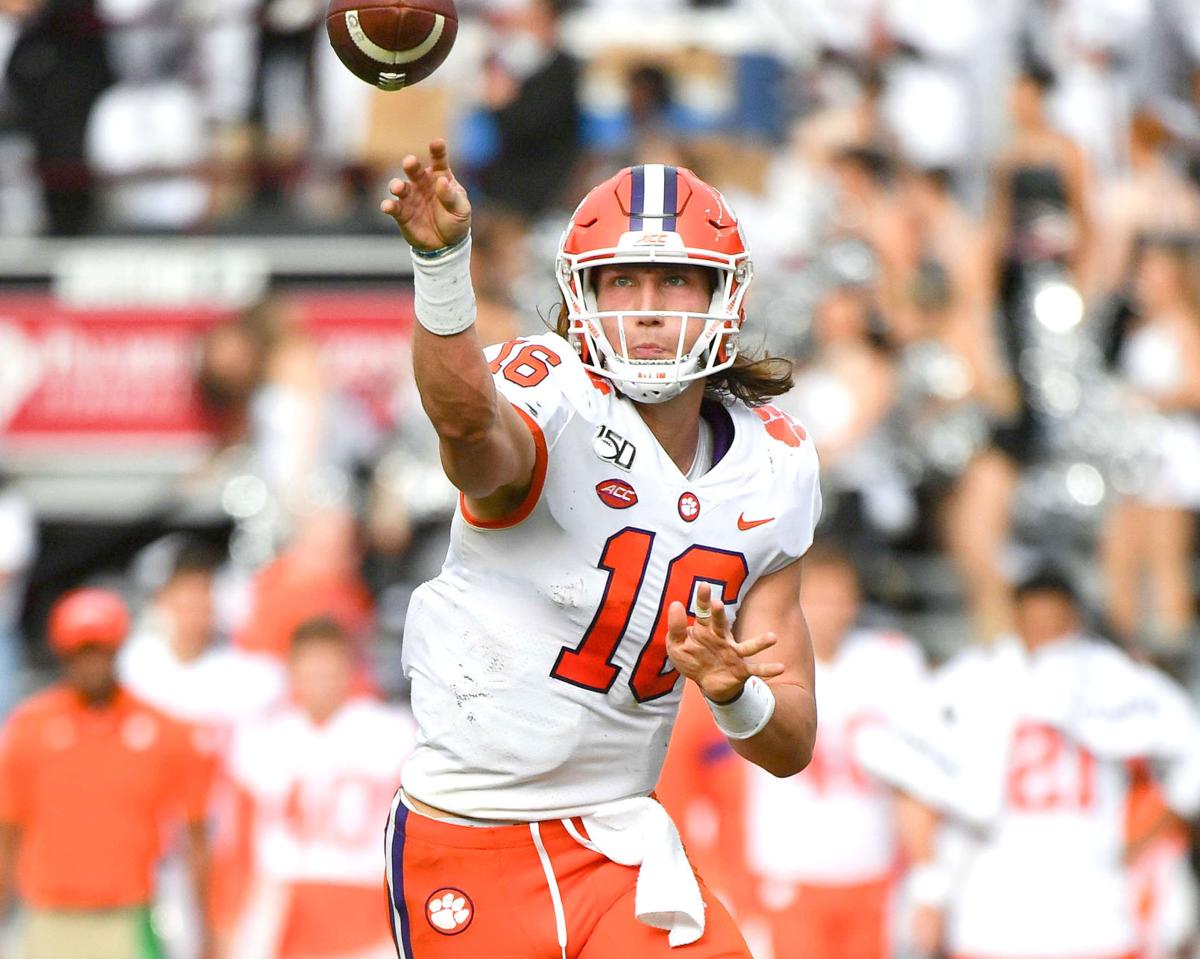 The Thanksgiving Day T&D featured a poster preview of the annual rivalry game.

Challenge yourself with this quiz before Clemson and Carolina tough it out on Saturday.

1. What year did the series start?

2. Why did the Carolina/Clemson game get canceled for seven years?

3. In 1965, for the first time ever, Clemson and Carolina found themselves playing for a championship game. What was the championship? Who won?

4. What was Carolina's original mascot?

5. What year was the last "Big Thursday” game played?

6. What year did USC become "The Gamecocks"?

7. What year did Carolina/Clemson end their game with the score of 0-0?

8. The Heisman Trophy was named after what coach?

9. This Carolina player wore the retired number 38 and was a Heisman Award winner.

10. Carolina Municipal Stadium was built in ______? How many fans would it hold?

11. What coach took Clemson to a 11-0 regular season and its first national championship?

12. What year did Clemson win its first national championship?

13. Which coach led Carolina to its first bowl ever? What year? What bowl?

14. Which coach led Carolina to its first bowl win? What year? What bowl?

16. What Carolina player hit a "fake home run" to the Clemson crowd and marked his "X" on the tiger paw at midfield?

17. Who coached The Gamecocks during the "BLACK MAGIC" years?

19. Who was the quarterback for Clemson during the 1981 national championship year?

20. Who scored the first touchdown ever in this long series?

23. Why did Carolina and Clemson stop playing on Big Thursday?

24. Who was Carolina's first football coach?

25. Who was Clemson's first football coach?

2. Because of a riot. Carolina defeated Clemson 12-6. It was the first victory for Carolina in the "Big Thursday" rivalry since the first game in 1896. A riot took place Friday after the game. As a result of the violence, they cancelled Big Thursday until 1909.

3. ACC title. Carolina. Carolina shared the title with Duke, at least for a few months. Then they were stripped of their crown because of recruiting violations and forced to forfeit their win over Clemson. Frank Howard, however, refused to accept the forfeit, saying, "As far as I'm concerned, the score was 17-16. That's the way it'll stay."

22. After winning 28-19 in Tommy West's final game. The game ended a seven-game winning streak for the road team in the series. This was the second time in Clemson history the goal post was torn down.

23. For 64 years the game was played in Columbia at USC's home field. In 1960 they played in Death Valley for the first time. It was decided that the two teams would start a home-and-home series.

24. W.H. "Dixie" Whaley. Whaley was the first coach ever employed by the SCC (South Carolina College) in 1986.

25. Walter Riggs 1986. Because he played for Auburn and was one of only two people on campus who had ever seen a football prior to 1896.

CLEMSON FOOTBALL: Tigers hope for help to get title shot

CLEMSON — Clemson did what it had to do for a chance to extend its run of ACC Atlantic Division titles.

ACC FOOTBALL: For the ACC, parity comes at a price: no CFP appearance

The Thanksgiving Day T&D featured a poster preview of the annual rivalry game.