CAROLINA FOOTBALL: Muschamp looks to build on second win during week off
0 comments
Share this
× 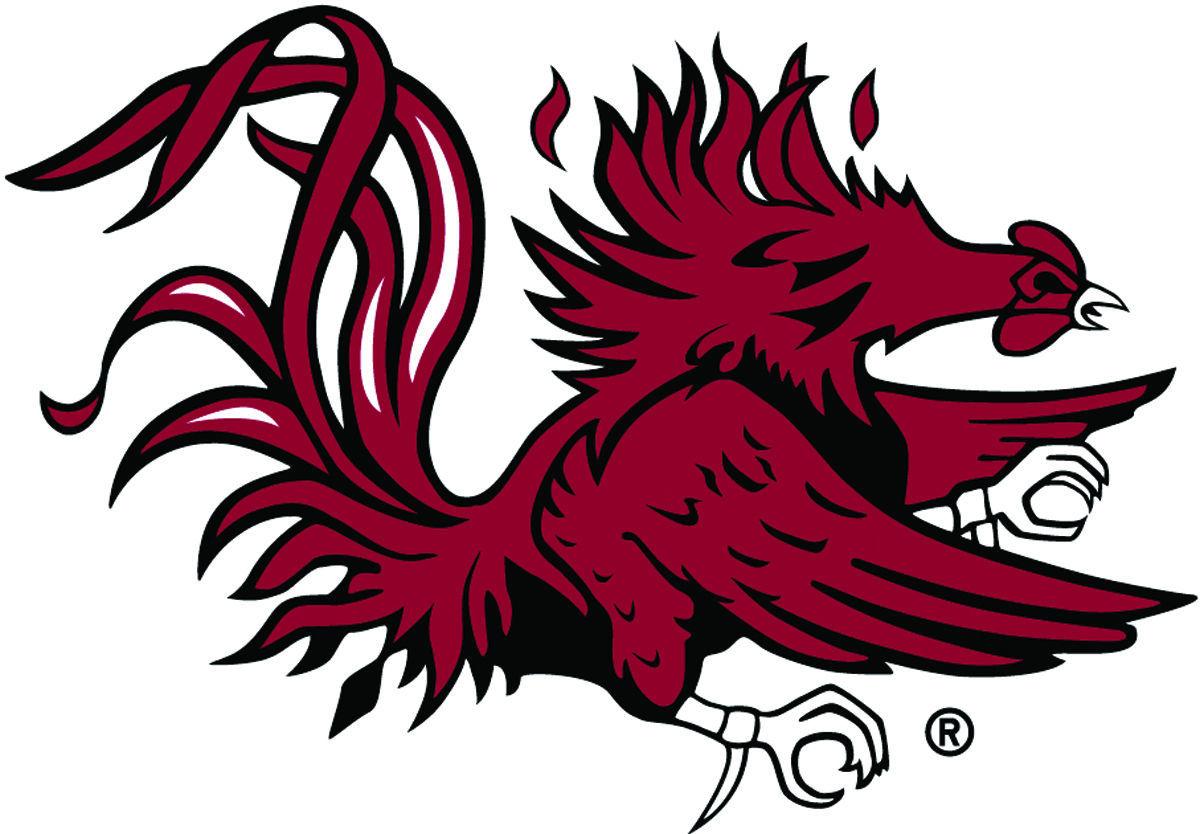 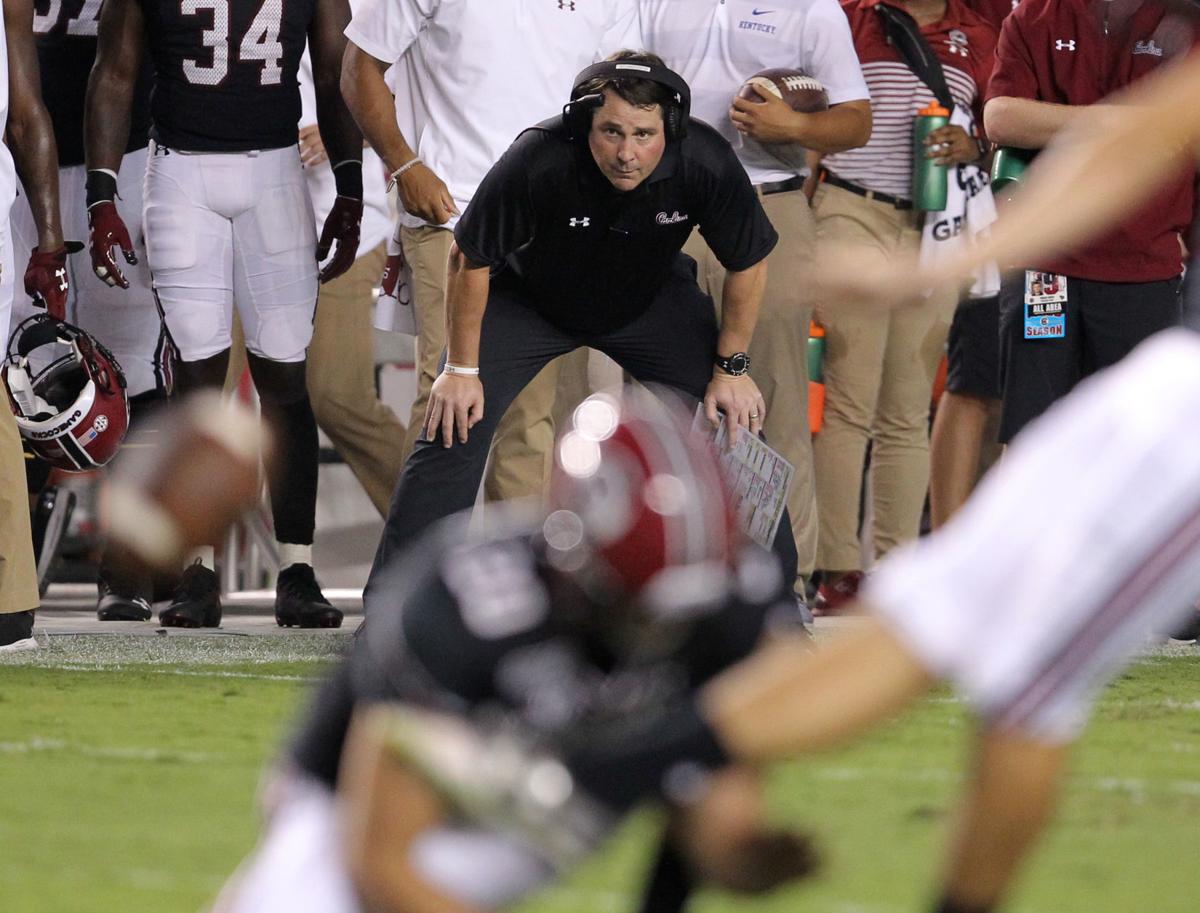 COLUMBIA — South Carolina coach Will Muschamp is finally glad the Gamecocks played like the team he expected to see this season. He only hopes the bye week doesn’t blunt the positive energy picked up with their second win of the season.

Muschamp said spirits were high at practices this week following the team’s 24-7 win over Kentucky Saturday night. It was the team’s best performance across the board, according to the coach, and he’s looking to carry that momentum into next week as the Gamecocks (2-3, 1-2 Southeastern) prepare to play at No. 3 Georgia (4-0, 1-0) on Oct. 12.

“Probably our best overall game in all three phases,” Muschamp said. “Love to continue to carry that momentum moving forward.”

There may be no better time for South Carolina to face a highly ranked opponent.

Tailbacks Tavien Feaster and Rico Dowdle both rushed for more than 100 yards as the Gamecocks offensive line opened wide holes at the line of scrimmage.

Quarterback Ryan Hilinski, a freshman starting his fourth game, bounced back from a subpar effort in a loss at Missouri for a steady performance against the Wildcats.

South Carolina’s defense limited Kentucky to 115 yards rushing, picked up four sacks _ three of them by defensive end D.J. Wonnum, who also forced a fumble. Wonnum, the 6-foot-5, 260-pound senior, was named the SEC defensive player of the week.

The Gamecocks were also crisp on special teams with punter Joseph Charlton, second nationally with a 49.8-yard average pinning Kentucky inside the 20 on five of his nine kicks . Charlton earned the SEC’s weekly honor for special teams.

South Carolina will lift weights Friday morning before Muschamp gives them Saturday off while he and the staff go recruiting. Everyone reconvenes Sunday with the focus on a difficult second half of the season. Besides Georgia, the Gamecocks face three more top-10 opponents in No. 2 Clemson, No. 10 Florida and No. 25 Texas A&M down the stretch, meaning they’ll likely have to surprise someone if they hope to qualify for the postseason.

Muschamp said the team has worked to sharpen fundamentals and technique that needed attention, like wrapping up tacklers and improving execution inside the opponent’s 20 yard line.

Muschamp wasn’t shy this summer about calling this team his deepest and most talented in his four seasons. But a fourth-quarter collapse in an opening loss to North Carolina and an awful performance at Missouri made had more than a few people questioning Muschamp’s words.

The Kentucky win cooled off some of the hot seat talk for Muschamp. It also gives the Gamecocks a chance to turn into the club the coach talked up in July.

To get there, Muschamp said the offense will have to improve on picking up third downs where it ranks next to last in the SEC. It is also 13th in league pass efficiency. While Hilinski has done well, he’s got to step up, too, Muschamp said.

“He needs to be more accurate with the football,” Muschamp said. “I’m going to follow that up by saying we need to be better around him.”

Muschamp looks to make sure that improvement takes root during the time off. He understands how helpful the time off is for players banged up players like Dowdle (ankle injury) to heal up. But he also would love to tap into the good feelings gained by victory as soon as possible.

COLUMBIA – After showing signs of improvement in the first half against Missouri, the South Carolina defense flat out dominated Saturday night…

COLUMBIA -- South Carolina’s attitude when it comes to injuries in recent years has been a “next man up” mentality.

COLUMBIA -- If there’s one word head coach Will Muschamp has worn out in describing South Carolina’s offense this season, it’s been inconsistent.

The Southeastern Conference seems to be in good playoff position with five teams ranked in the top 10.

To say the 2019 season has been interesting so far is quite an understatement. It’s as if an entire year of turmoil has been packed snugly int…

COLUMBIA -- Bye weeks offer a lot of benefits from a team perspective. Teams have more time to get healthy and a chance to spend time correcti…

COLUMBIA -- The football season is hitting the halfway point and it's time to hand out some midpoint grades.

ATHENS, Ga. -- Will Muschamp has been under intense scrutiny in his fourth year as South Carolina’s head football coach.