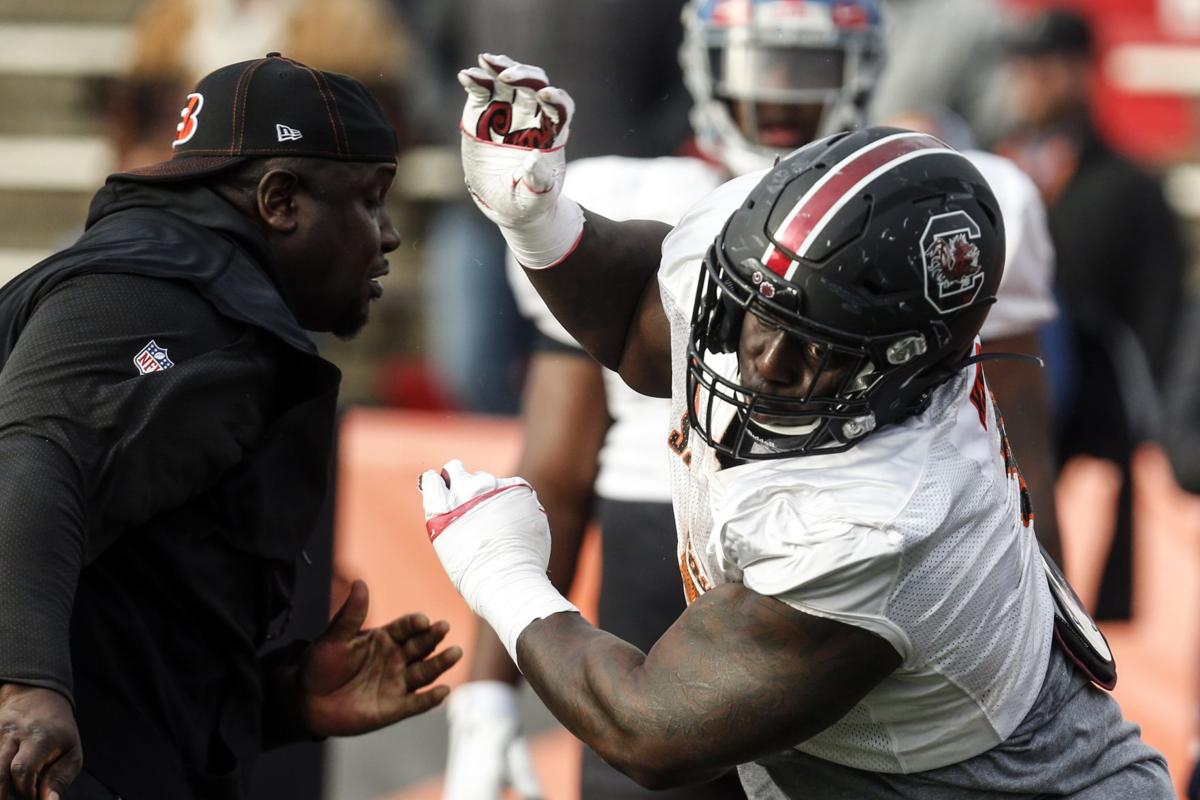 South Carolina's Javon Kinlaw of the South squad runs drills during practice for the Senior Bowl Wednesday in Mobile, Ala. 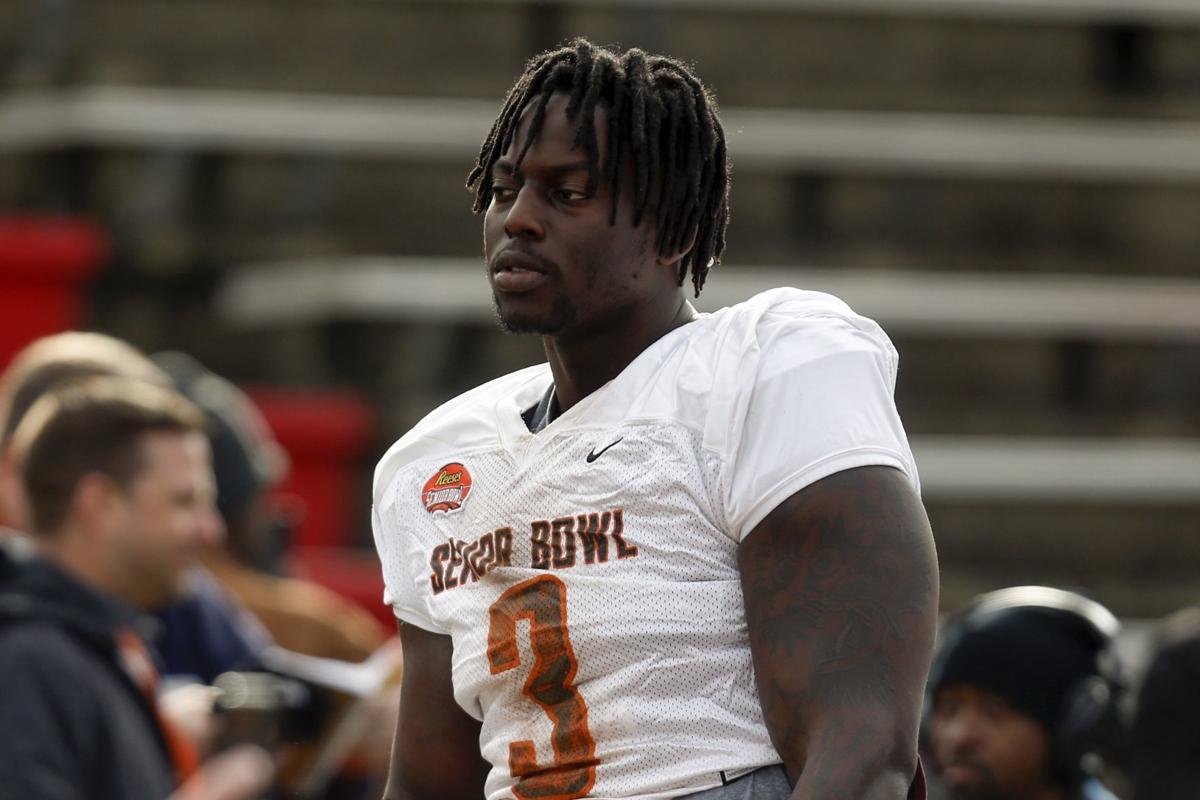 South Carolina's Javon Kinlaw of the South squad is seen during practice for the Senior Bowl Wednesday in Mobile, Ala.

MOBILE, Ala. — Javon Kinlaw’s motivation comes from his past, having lived at times without running water or electricity.

Those humble beginnings drive the South Carolina defensive tackle to play with a different kind of aggression and have helped him become one of the top NFL prospects at this week’s Senior Bowl. He is trying to cement his status as a first-rounder and perhaps even a top-10 draft pick.

Kinlaw has traveled a path from poverty to junior college to the Southeastern Conference to arrive at this point.

A first-team Associated Press All-American last season, Kinlaw — along with his mom Leesa James and two brothers — immigrated from Trinidad and Tobago.

He describes a childhood that included bouts of virtual homelessness and living in a basement in Washington D.C., filling buckets from a neighbor’s hose for baths, eating lots of bologna and hot dogs and sharing shoes with his brothers even though they were a couple of sizes apart.

“It just makes me play with an aggression, a different kind of aggression,” Kinlaw said this week. “People just doing you wrong all your life. Football just became an outlet for that type of stuff. It’s been working in my favor, honestly.”

Minutes later, he smiles talking about his 9-month-old daughter Eden Amara and wanting to make sure she never lacks for food, clothes or shoes.

Kinlaw opened up about his hardscrabble upbringing this week, and likely to NFL teams as well. But he said it seemed normal as a youngster because he didn’t know any other way.

Kinlaw is also not shy about his ambitions, saying he wants to be better than Senior Bowl alum and Los Angeles Rams star Aaron Donald. In fact, “Honestly, I want to be the best D-tackle that has ever played this game, and I stand firm with that.”

Not only does he talk-the-talk, but he walks-the-walk.

Kinlaw had 35 tackles and six sacks as a senior, good enough for All-America honors but far shy of his own lofty goal of 15 sacks. One of his South Carolina teammates, linebacker DJ Wonnum, said playing alongside him he got a firsthand look at how Kinlaw feeds on the things he has been through in life.

“You see how he plays on Saturdays, he goes crazy,” Wonnum said. “I feel like that just gives him ammunition to go out there and dominate everybody he plays against.”

Kinlaw slimmed down considerably for his senior season after climbing to about 347 pounds. He said he dropped 20-plus just through the Gamecocks’ last preseason camp, reaching 309 largely through extra cardio and cutting out fast food.

He started his career at Jones County Junior College in Mississippi, a naive youngster used to doing without.

“My first two days there, I didn’t eat because I didn’t know where the caf (cafeteria) was at and I didn’t know the food was free,” Kinlaw said. “When I found out it was free, I was going crazy.”

Wherever he ends up in the NFL it seems a safe bet he won't forget his humbling beginnings.

CAROLINA FOOTBALL: Shaw can have big impact on QBs

COLUMBIA -- In his new role as director of player development, Connor Shaw can’t do any on-field coaching with the Gamecock quarterbacks, but …

COLUMBIA -- The University of South Carolina Board of Trustees on Tuesday granted approval for the sale of alcoholic beverages in athletics venues.

CAROLINA FOOTBALL: Bobo will hope to mirror offensive successes he had at Georgia

COLUMBIA -- South Carolina has its offensive coordinator and he’s wasted no time getting to work hitting the recruiting trail.

South Carolina's Javon Kinlaw of the South squad runs drills during practice for the Senior Bowl Wednesday in Mobile, Ala.

South Carolina's Javon Kinlaw of the South squad is seen during practice for the Senior Bowl Wednesday in Mobile, Ala.