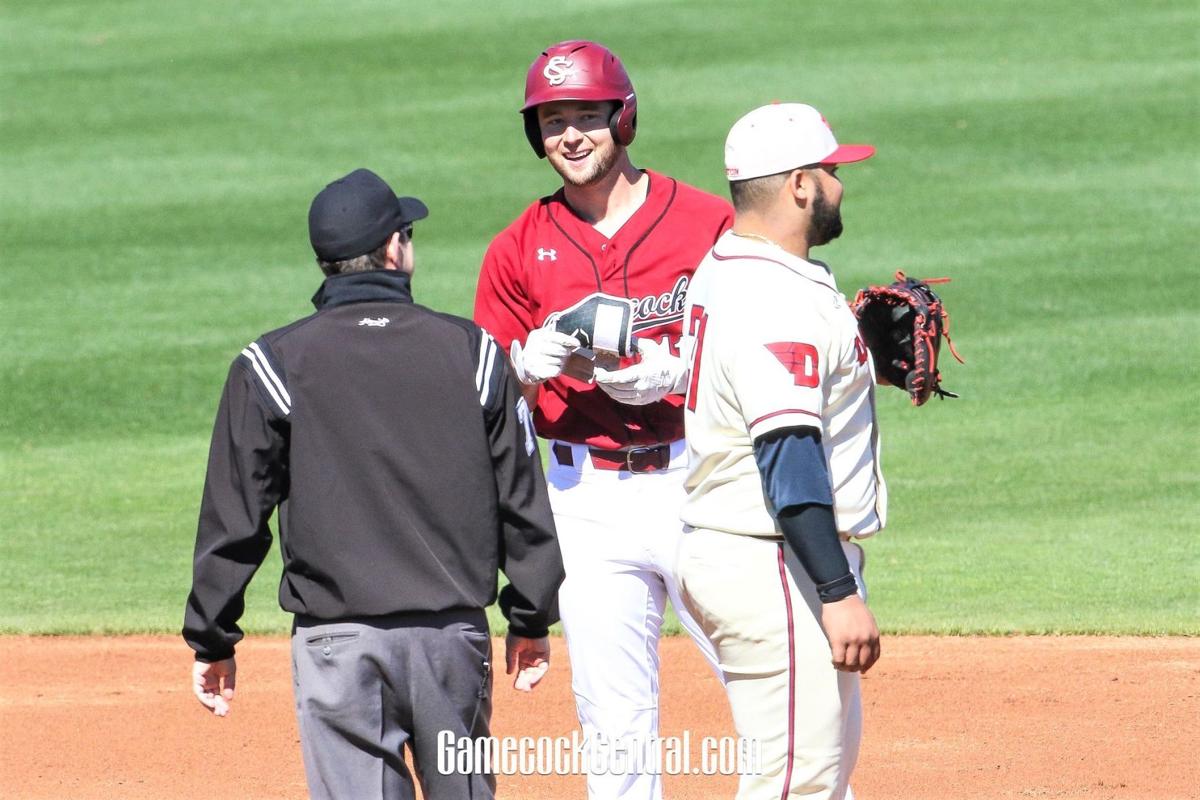 For the first time since 2002, the University of South Carolina baseball team went into Lexington and completed a three-game sweep of Kentucky.

Andrew Eyster dug into the box with two outs in what was a pivotal situation for the Gamecocks Sunday.

Kentucky just grabbed momentum with a run the previous inning and South Carolina needed to take it back and get some much-needed insurance runs.

Eyster, who had been clutch all game, delivered and laced a RBI single to left field and giving the Gamecocks enough breathing room for a much-needed 11-6 win over Kentucky to sweep the series.

“It’s everything we wanted this weekend to be, no question about it. When we were named to be one of the top 20 sites obviously we knew what that meant. It meant we had a chance and wanted to take advantage of what this weekend could be for us since we got that seal of approval of what we’ve done so far," Mark Kingston said. "What we could control this weekend is play great baseball and guys absolutely responded.”

Eyster came up mammoth all game, starting the scoring with a RBI single in the third en route to a four-RBI day and finishing 4-for-5 with a sacrifice fly and three other RBI hits.

“We put him up there at the top of the lineup cause we want him to be one of the first guys the pitcher has to battle when they face us," Kingston said. "Most of our big games, you look back and he’s been right in the middle of it. He’s a huge piece of it.”

After scoring in the first inning of the previous two games, it took until the third inning for the Gamecocks (31-18, 15-12 SEC) to jump out to a lead but when they did it snowballed.

They’d plate at least a run in the next three innings—getting three apiece in the fourth and fifth innings—thanks to some timely hitting from the top of the order.

Kentucky would put up some runs but each time they did the Gamecocks would score in the following half-inning to take back the momentum and keep things at arm’s length.

“That’s what the good teams do. When the other team gets up on you and scores a run or two you have to respond,” Kingston said. “Guys responded well all weekend. It’s probably our best weekend offensively and what we want to see moving forward.”

It was enough run support for starter Thomas Farr, who picked up his first win in 10 starts after giving up just three runs, two earned in 5.2 innings Sunday.

Farr (3-5, 3.68 ERA) pitched around trouble most of the day, giving up seven hits and a walk but stranded six runners over the first five innings.

He’d exit after giving up a two-out triple in the sixth, and the bullpen struggled some to close the game with Julian Bosnic and Andrew Peters combining to give up three runs on two hits and two walks in 2.1 innings.

“Farr was very solid today. Obviously it’d be hard to be as dominant as Kerry was yesterday but his job was to come out today and give our offense time to work. He did," Kingston said. "He pitched deeper into the game and gave us a chance to win. That’s your job on a Sunday when you’re going for a chance to sweep.”

Will Sanders pitched a perfect ninth to end the game.

The Gamecocks, though, had enough offense to outpace Kentucky, scoring double-digit runs for the second time this weekend on 13 hits and just nine strikeouts.

Eight of the Gamecocks’ nine starters had hits with Brady Allen, Eyster, Josiah Sightler and George Callil having multi-hit games.

The top of South Carolina’s order contributed nine of the 13 hits and drove in 10 runs, including a three-run shot from Sightler.

Why Ronaldo and Mbappé's futures are inextricably linked

Why Ronaldo and Mbappé's futures are inextricably linked

Sometimes a good, old-fashioned offensive onslaught is good for the soul, and South Carolina was on the right end of one Friday night in Kentucky.

COLUMBIA -- The University of South Carolina baseball team plays its final SEC road series of 2021 as the Gamecocks travel to Lexington, Ky., …

For the second straight week, South Carolina is changing things up in its weekend rotation.

South Carolina dominated Kentucky this weekend for a sweep while outscoring the Wildcats by 20 runs over three games, and two Gamecocks were r…

Mark Kingston and Skylar Meade had a decision to make in the seventh inning.

For the first time since 2002, the University of South Carolina baseball team went into Lexington and completed a three-game sweep of Kentucky.