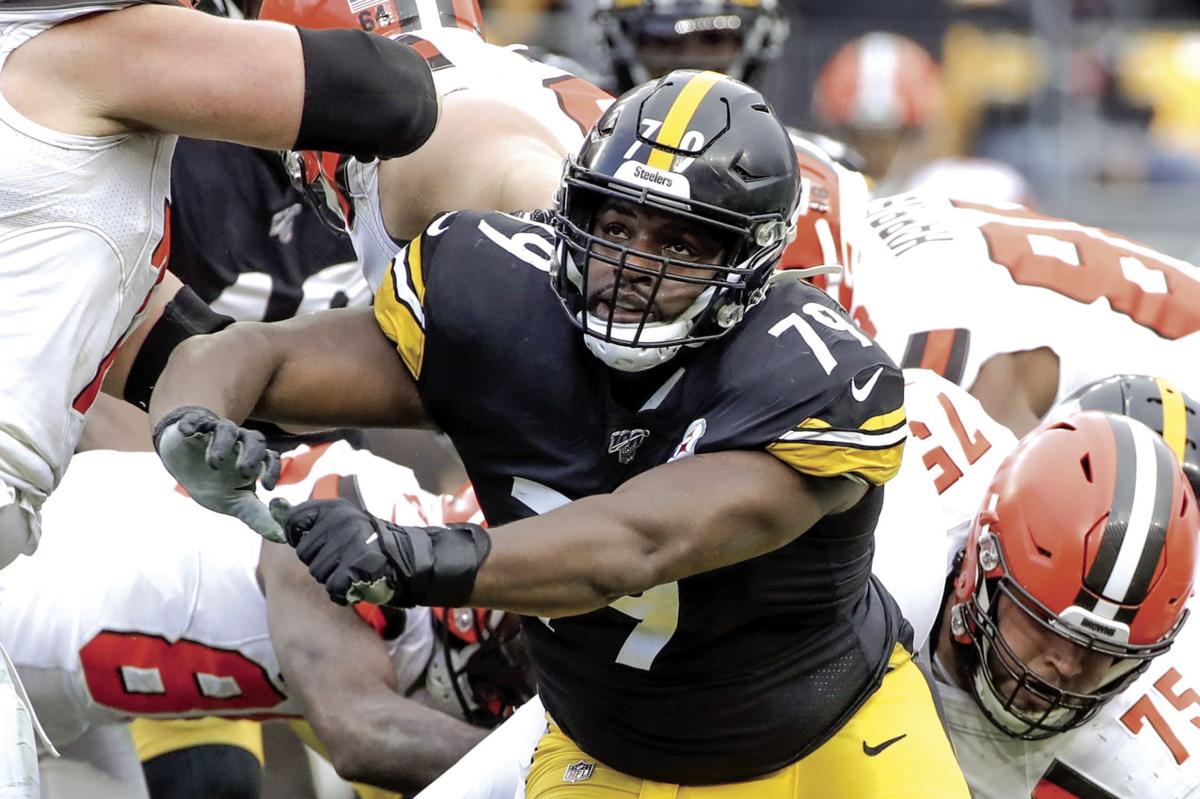 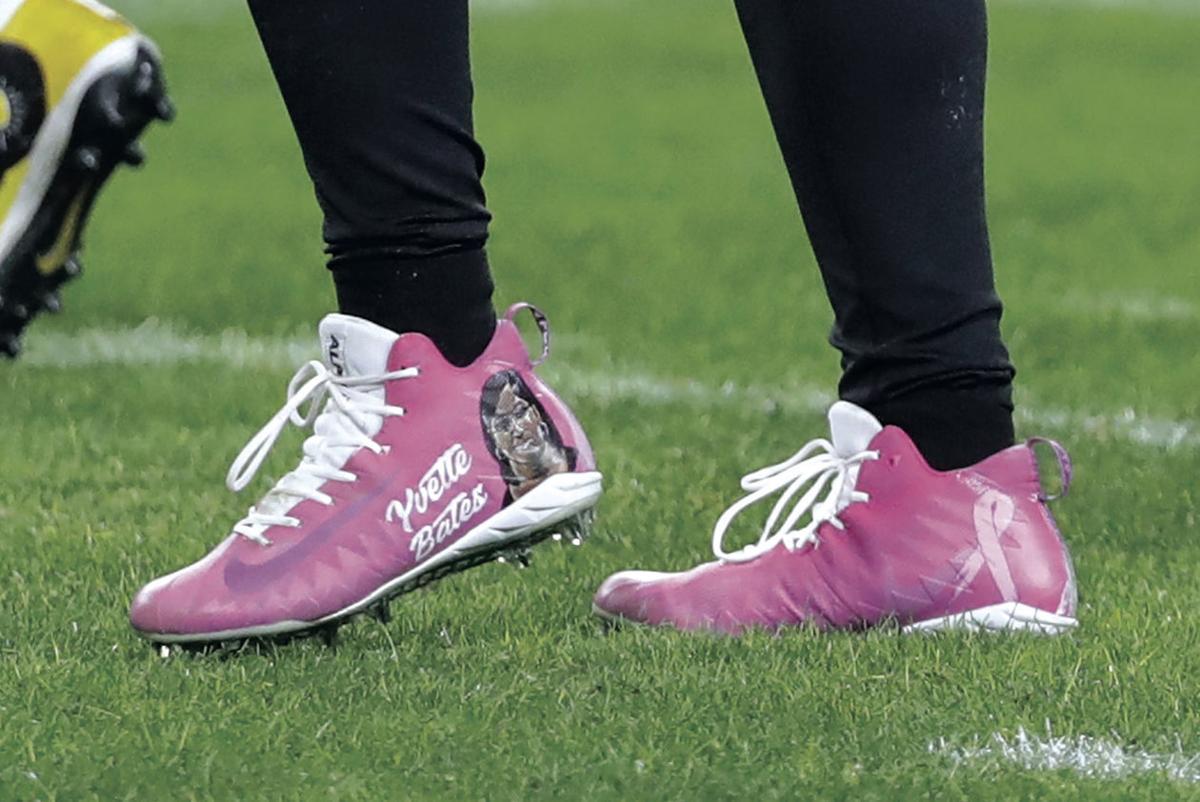 Pittsburgh Steelers nose tackle Javon Hargrave (79) wears special cleats for My Cause, My Cleats during the first half of an NFL football game against the Buffalo Bills in Pittsburgh, Sunday, Dec. 15, 2019.

WASHINGTON – Pittsburgh Steelers defensive lineman Javon Hargrave - a former South Carolina State standout - has been selected as the 2020 recipient of the Black College Football Pro Player of the Year presented by the NFL Players Association.

The prestigious award is presented annually to the top professional football player who attended a historically black college or university.

Building on a breakout 2018 campaign, Hargrave continued his strong play this past season with four sacks, a forced fumble and a career-high 60 tackles, including seven tackles for loss.

The former Bulldog All-American has earned a reputation as a dependable, durable player and missed only one game in his four-year NFL career.

“It is a great honor and privilege to be named this year’s NFLPA Black College Football Pro Player of the Year,” Hargrave said. “I’ve been inspired by so many great HBCU players who came before me, like South Carolina State’s own Robert Porcher and Donnie Shell, so it means a lot to get an award like this.”

A witness to great moments for Pough, S.C. State football

“We are happy to honor Javon as this year’s winner of one our most important awards,” NFLPA Executive Director DeMaurice Smith said. “His play on the field and work off the field through his foundation serve as a strong example of the type of men produced by the many great HBCUs across the country.”

Dwayne Harper's road to the MEAC Hall of Fame

The winner should serve as a positive influence in his community, have ties to his alma mater, exhibit good character throughout his career and perform at a high level during the current NFL season. Last year’s co-winners were current Chicago Bears running back Tarik Cohen (North Carolina A&T State) and Indianapolis Colts linebacker Darius Leonard (South Carolina State).

The Black College Football Hall of Fame was established in October of 2009 by African-American pioneers and quarterbacks James “Shack” Harris (1974 Pro Bowl MVP) and Doug Williams (Super Bowl XXII MVP) to preserve the history of and honor the greatest football players, coaches and contributors from HBCUs.

My Cause, My Cleats

(AP) When former SC State defensive lineman Javon Hargrave's mother, Yvette Bates, was diagnosed with breast cancer early in 2019, he immediately did everything he could to support her battle.

On Dec. 15 this past season, when his Pittsburgh Steelers played a game against Buffalo, he was able to take it a step further and publicly show his love and support for his mom by wearing cleats to support breast cancer awareness and research.

For the fourth year, the NFL allowed players in 2019 to represent a charity that they are passionate about in a unique manner with the league's player cause initiative, “My Cause, My Cleats.”

The initiative was created for NFL players to showcase a charitable cause that is meaningful to them and players took part in helping with the design of their cleats.

"I am doing it to represent her," said Hargrave, who said his mother is doing well. "She is always in good spirits, so it makes it easier for all of us. She is pretty strong. She hasn't been showing she is down. It's just tough to see somebody go through something like that.

"It's good to be able to represent her for that week and just show it. It's my first year doing it. I am just doing it for her."

Former South Carolina State star Javon Hargrave has signed three-year, $39 million deal with the Philadelphia Eagles in what is being widely c…

Pittsburgh Steelers nose tackle Javon Hargrave (79) wears special cleats for My Cause, My Cleats during the first half of an NFL football game against the Buffalo Bills in Pittsburgh, Sunday, Dec. 15, 2019.