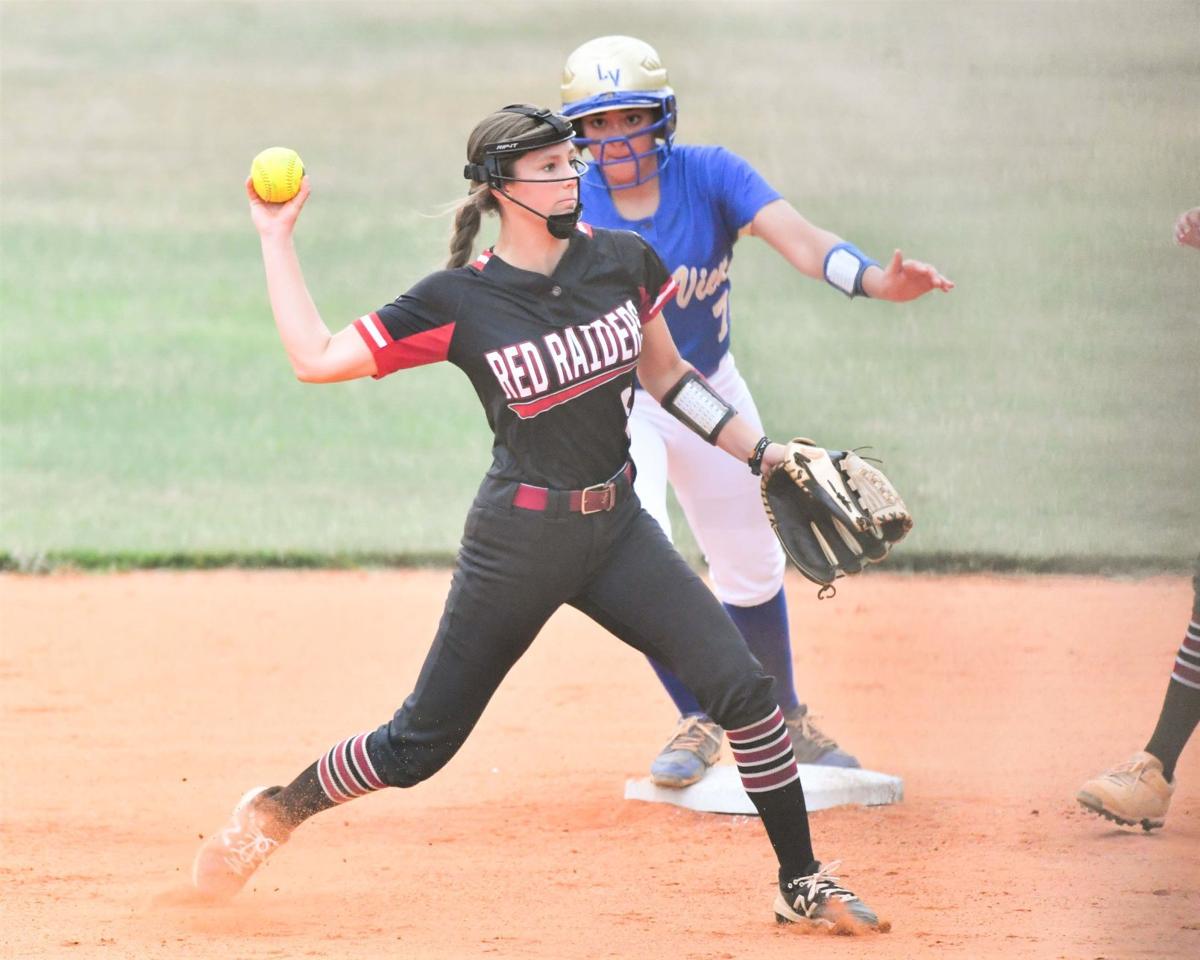 Amanda Ahlin (8) shortstop for Bamberg-Ehrhardt throws to first to get an out during Saturday’s Class A Lower State title game at Manning High School. 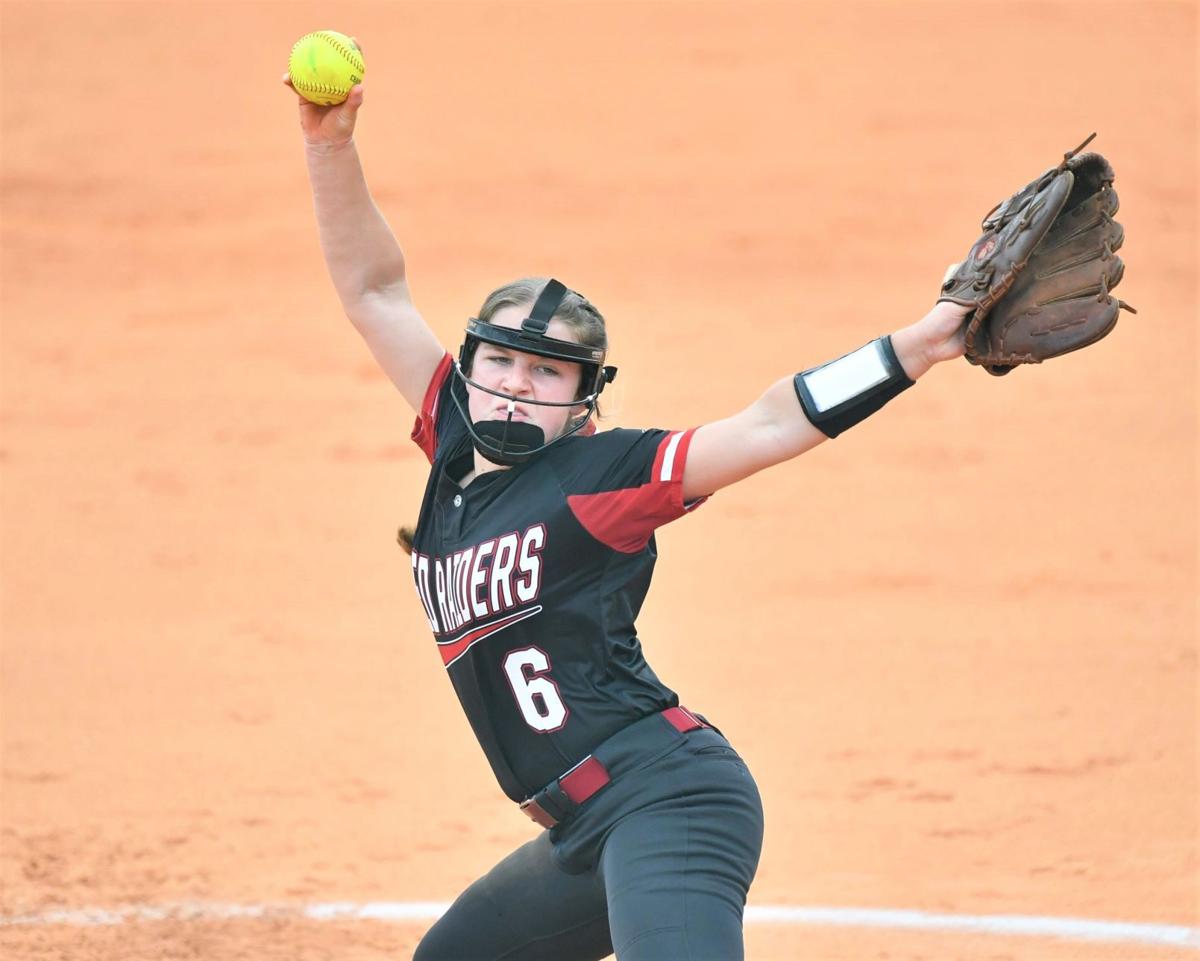 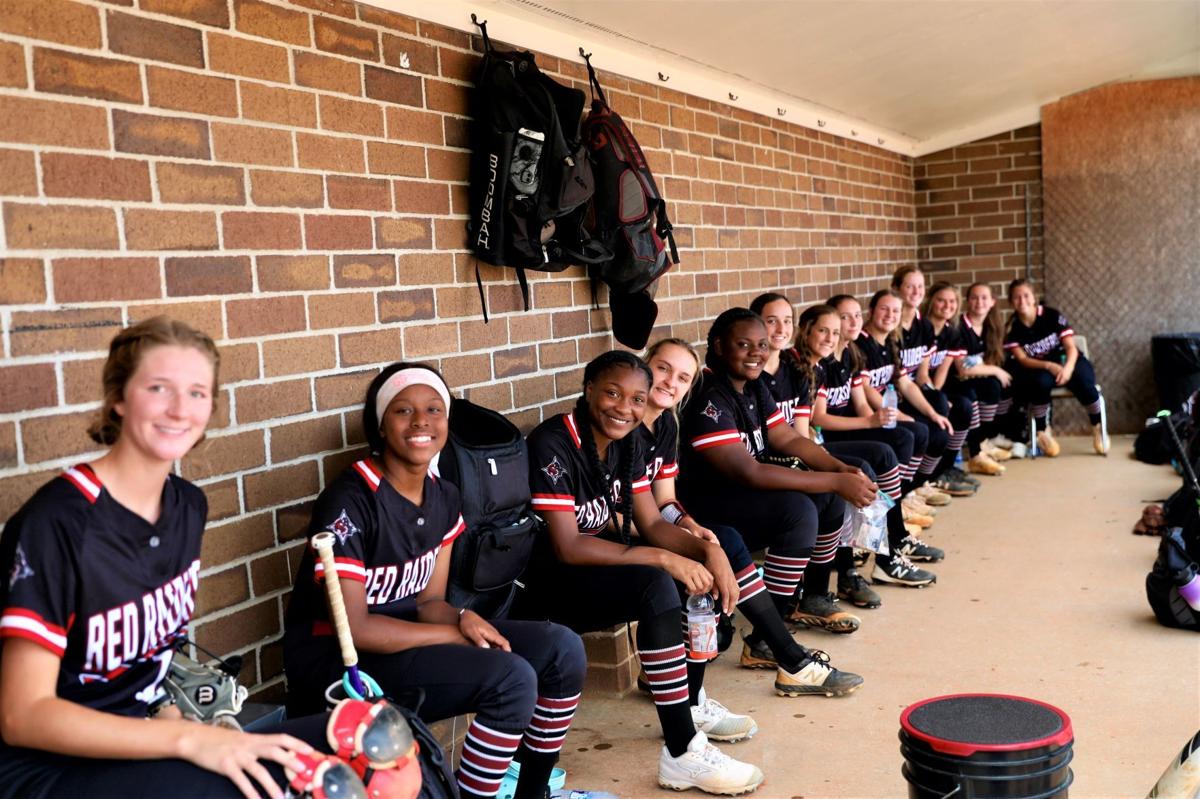 A 7-4 loss to Lake View at Manning High School in the Lower State Championship on Saturday made it a 21-4 final record for B-E.

Lake View (24-5 record) scored 5 runs in the first two innings and held on for the victory.

Lake View will begin the Class A state title series on Tuesday at Dixie, the team that swept High Point 2-0 in the Upper State Championship series.

With only one senior on the roster, the Lady Raiders will return most of this year’s talent next season, However, without a senior, the Lady Gators will also be a strong team in 2022.

“We had a good season, but we just lost to a great team,” said Robert Williams, B-E head coach. “Hopefully, we’ll be back next year, they’ll probably be back next year. We just have to do what it takes to see them again, if we can make it back.

“We’ve just got to work on our hitting. Our pitching was strong all year, even though we struggled a bit early today. You’re asking a lot from your pitchers when you don’t score a run on Wednesday and go several innings without scoring a run here today.”

Starting pitcher Reagan Johnson faced just 6 batters, all in the first inning, as Lake View batted through the lineup and got all starters to the plate in the opening at-bat.

Johnson left the circle with one out and 3 earned runs, giving way to Marin Moody, who pitched the final 5-and-2-thirds innings.

Moody settled in and allowed just 3 walks and 8 hits, along with 4 earned runs, while collecting 4 strikeouts.

“We just had to make a change at that point, maybe change the momentum a bit,” Williams said. “I told the girls that it’s been a long school year and a long season. But, I’m really proud of them.

“We’ve got a good group of girls, a good team, and hopefully we will be back next year. Even being young, we weren’t surprised this season. This group’s been playing together for a while and they are talented.”

Raven Locklear pitched all 7 innings for Lake View, collecting 8 strikeouts, while allowing just 4 hits, 4 walks and 4 earned runs. B-E scored 3 of its runs with players who reached base on walks.

Amanda Ahlin went 0-for-2 in four plate appearances for B-E, but scored the two times she drew walks. Wallis Rutland plated Ahlin in the fourth inning with a 2-out RBI-single to left-center.

Moody then helped her cause by singling in Ahlin in the sixth inning, before Tamiya Toomer had a follow-up RBI-single with an infield hit.

“This team has shown its youth a lot this season, but once they get between the lines, it’s like a light switch flips for them and they play so well at times that you would think they are actually seniors,” said Brandy Huggins, Lake View head coach. “On Monday, we played flat, and didn’t have that spark.

“But, our team came back Tuesday at practice, said they wanted to make some changes, and they did. We started strong today and it helped to the end that we had that lead early.”

Should there be concern around the Yankees?

Should there be concern around the Yankees?

BAMBERG — The Bamberg-Ehrhardt softball team had found ways to score both early and late in Monday's 9-8 extra-innings win at Lake View.

Amanda Ahlin (8) shortstop for Bamberg-Ehrhardt throws to first to get an out during Saturday’s Class A Lower State title game at Manning High School.