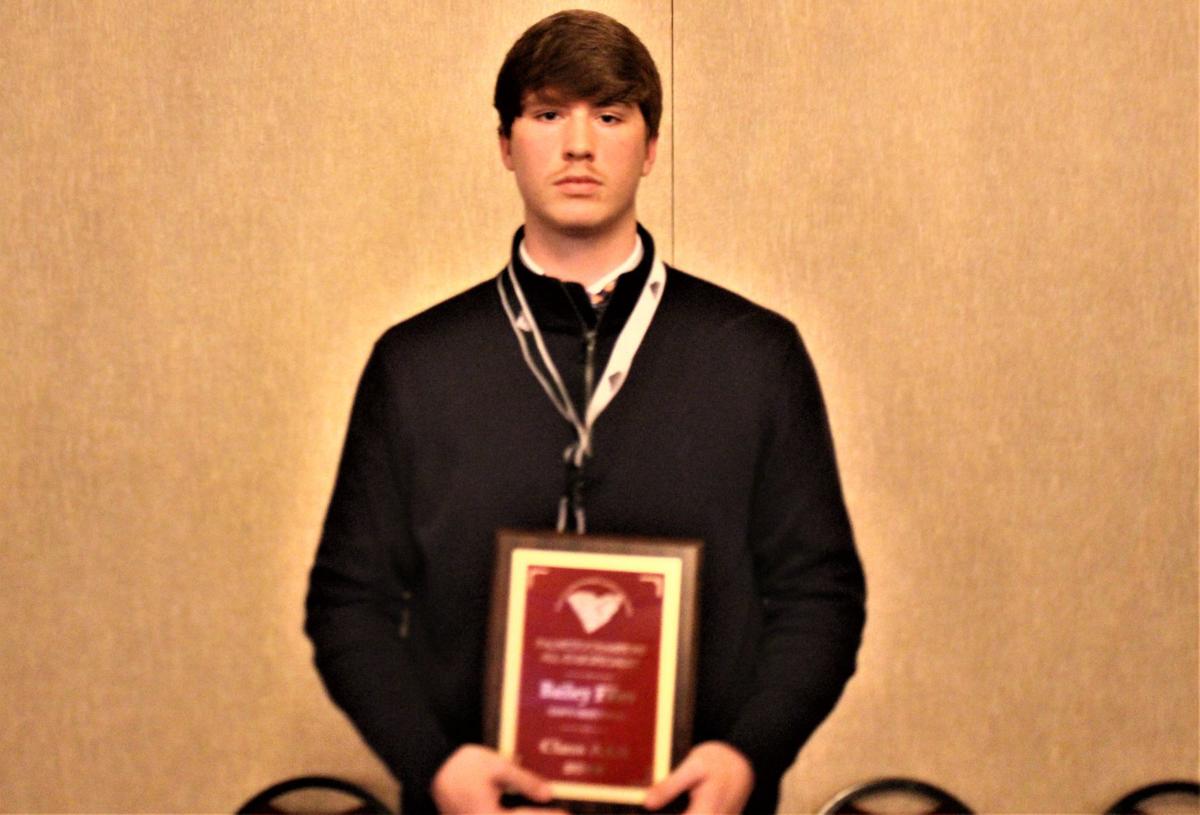 Bailey Files of Edisto High School received his Palmetto Champions Class 3A Lower State Specialist of the Year award from the S.C. Football Coaches Association on Thursday in Columbia. 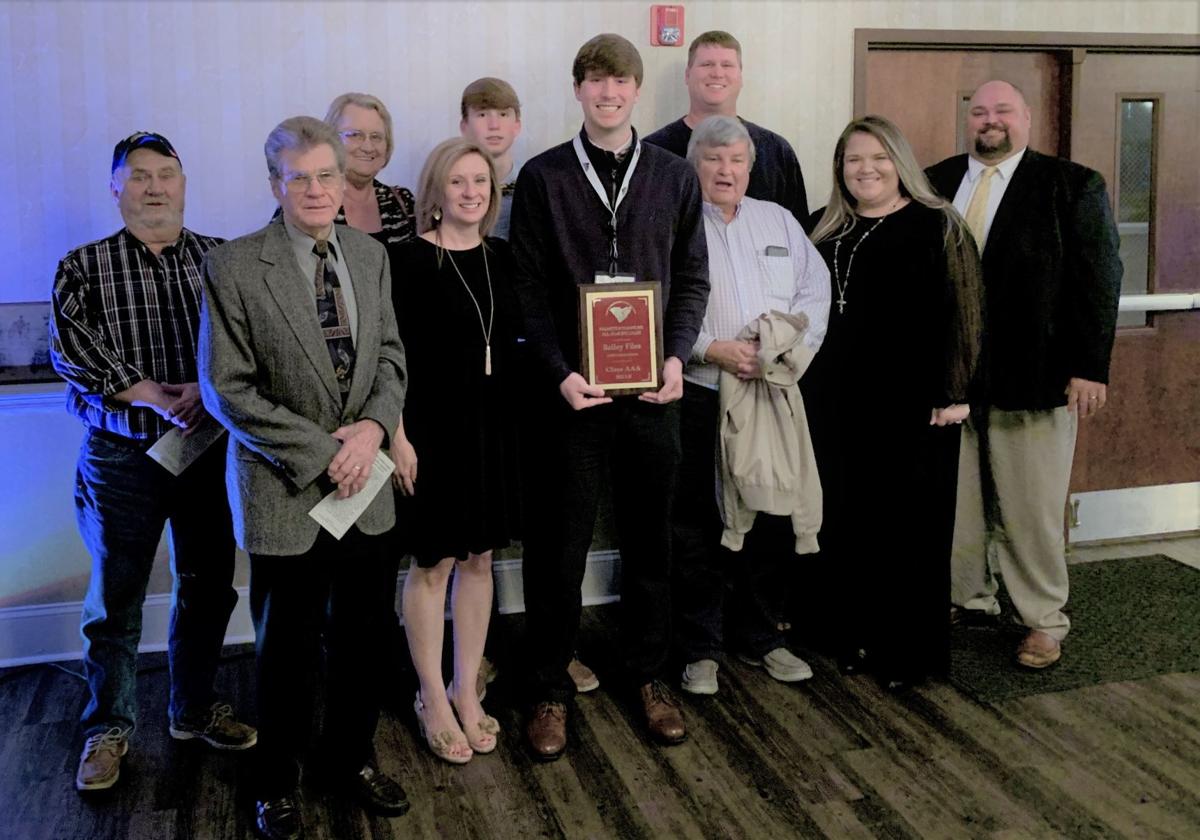 Bailey Files of Edisto High School, at center, received his Palmetto Champions Class 3A Lower State Specialist of the Year award from the S.C. Football Coaches Association on Thursday in Columbia. Files was joined by family and coaches for the presentation.

Bailey Files of Edisto High School received his Palmetto Champions Class 3A Lower State Specialist of the Year award from the S.C. Football Coaches Association on Thursday in Columbia.

Bailey Files of Edisto High School, at center, received his Palmetto Champions Class 3A Lower State Specialist of the Year award from the S.C. Football Coaches Association on Thursday in Columbia. Files was joined by family and coaches for the presentation.

to play in North/South game

Members of the Orangeburg Prep football team will play in the 2019 SCISA North/South All-Star Football Game on Friday at Heathwood Hall Episcopal School in Columbia at 6 p.m.

DENMARK - Denmark-Olar won 93-33 at home against Branchville on Thursday, led by T.T. Hill with 24 points and 3 blocked shots.

The Vikings were also paced by Zachary Davis with 20 points, 5 rebounds, Malik Palmer with 15 points and 4 rebounds, Zavion Clark with 7 steals, and Trey Wiggins with 14 rebounds.

Branchville was led by J. Stephens with 9 points.

For the Lady Indians, Abigail Thackston and Bailey Livingston each had 8 points.

OP travels to play in the Baron Classic at Wilson Hall on Friday against Carolina Academy at 4 p.m.

DENMARK - Denmark-Olar took a 63-8 home win against Branchville on Thursday.

The Lady Vikings were led by Mikiyah Stukes with 14 points, Aijalon Wrotten with 13 points, Datasha Holman with 10 points and Lakiyah Coleman with 9 points.

D-O plays host to North Charleston on Friday at 6 p.m.

The JV Lady Indians will play host to Heathwood Hall on Tuesday at 4 p.m.

NEESES - Edisto took a 53-35 win at Hunter-Kinard-Tyler on Thursday night.

Edisto plays at home on Friday against Bamberg at 4:30 p.m.

Andrew Hunter led the Indians with 9 points, while Jay Plummer and Prusher Bair each added 7 points. John Mack and Jacob Powell scored 6 points each and Devin Patel and Blake Croft added 4 points each.

The Hillcrest Men's Golf Association will host its December tournament on Sunday, December 8 at 10 a.m. at Hillcrest Golf Club.

The format is individual stroke play. The annual HMGA business meeting will be held prior to play, at 9 a.m.

All golfers interested in playing in the tournament are asked to call the HGC pro shop at 533-6030 by Saturday at 5 p.m.

Play is open to club members and anyone wanting to join the club.

For the 4th time in 5 years, the high school football season in The T&D Region and the final Thursday Morning Quarterback ends with a cham…

What should you be driving?