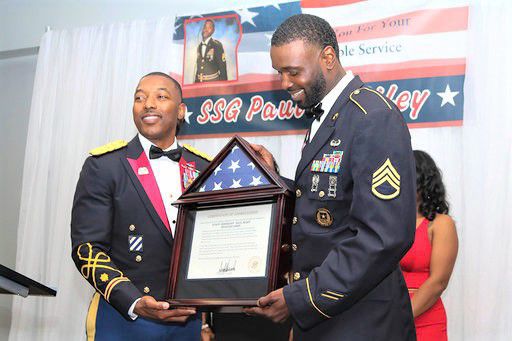 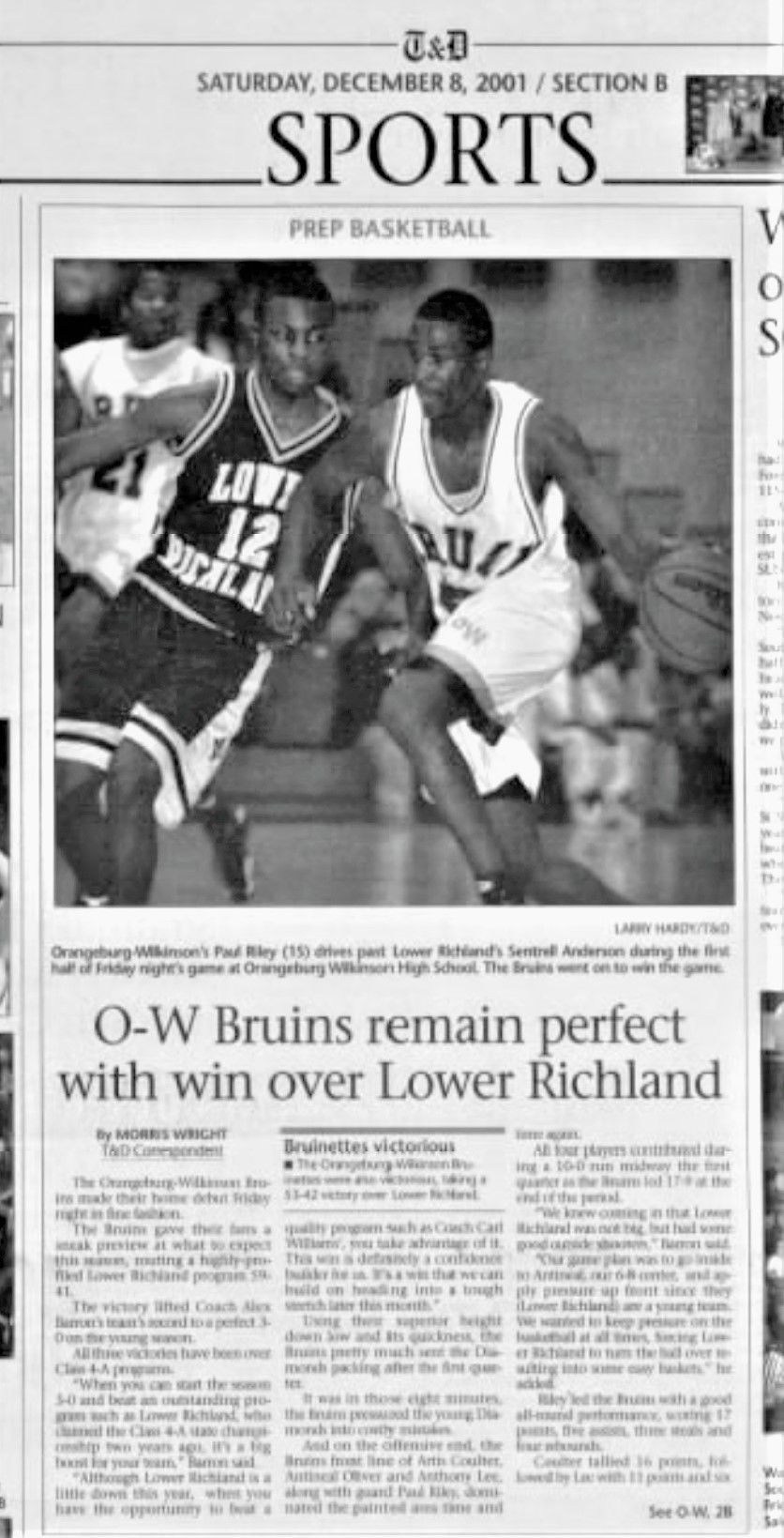 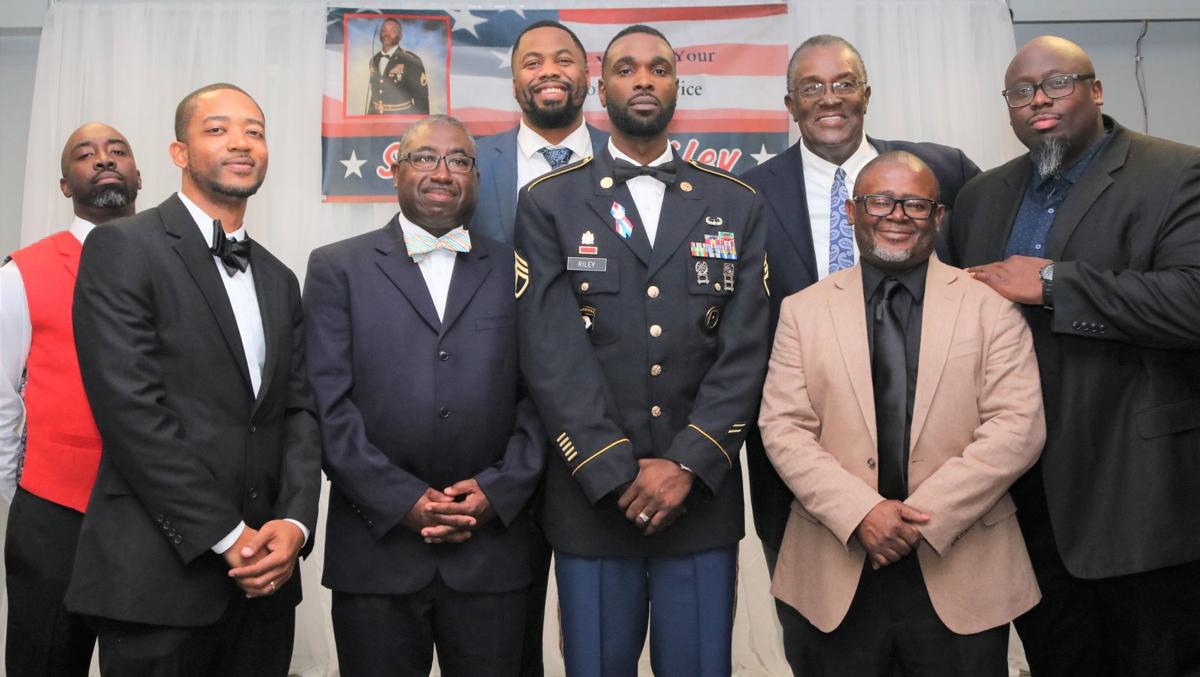 Paul "P.J." Riley, front and center, is joined by some of his former Orangeburg-Wilkinson High School teammates and coaches during his U.S. Army retirement ceremony in Columbia on October 26, 2019.

Paul "P.J." Riley was a standout basketball player when he graduated from Orangeburg-Wilkinson High School in 2002, ranked among the top 5 players in the state.

After a college basketball career at Johnson C. Smith University in Charlotte, N.C., Riley enlisted in the United States Army as a Private Second Class in 2006, where he was enrolled for the next 13 years as an ammunition specialist in the Ordnance Corps.

On July 31, 2019, Staff Sergeant Paul Riley was honorably and medically discharged from the U.S. Army. On Saturday, October 26, 2019, a retirement ceremony was held in Riley's honor in Columbia.

Riley played multiple sports during his time at Orangeburg-Wilkinson High School. But, he excelled on the basketball court, where he averaged 25 points, 4 rebounds and 2 steals as a senior, under the leadership of coach Alex Barron. As team captain, Riley earned Most Valuable Player honors his senior season, along with statewide Class 4A Player of the Year honors.

His leadership and teamwork in sports prepared him well for his military service to come.

During his military career, he was deployed on four overseas missions. Staff Sergeant Riley's first call of duty was in 2007 through 2008 to Kirkuk, Iraq. He went on this tour as an Ammunition Stock Control Specialist, where he sustained injuries from mortar attacks, improvised explosive device (IED) attacks and small arms fire fights.

His next mission was a humanitarian one to Port-au-Prince, Haiti in efforts to aid the victims affected by the hurricane in 2010.

In 2011 through 2012, Staff Sergeant Riley was deployed to Kandahar, Afghanistan. His mission was to stock, issue, receive and transfer ammunition throughout the entire region. It was documented that his work and dedication in transferring $2 million worth of combat arms to troops under fire helped save the lives of 200 soldiers.

Staff Sergeant Riley's final call of duty was from 2014 through 2015 in Liberia, West Africa. During this mission, his support of the fight against the spread of the Ebola virus provided help, aid and assistance to the city of Liberia and nearby areas of West Africa. He also operated a Morale, Welfare and Recreation (MWR) facility, where he worked and ran the brigade barbershop and communications center, in efforts to boost morale of soldiers while away from their families.

During his 13 years of dedicated service in the U.S. Army, Staff Sergeant Riley was stationed at Fort Carson, Colorado and Fort Eustis, Virginia.

The legacy of Calhoun County boys basketball and its head coach Zam Fredrick are among the major storylines in this year's S.C. High School Le…

The legacy of Calhoun County boys basketball and its head coach Zam Fredrick are among the major storylines in this year's S.C. High School Le…

Paul "P.J." Riley, front and center, is joined by some of his former Orangeburg-Wilkinson High School teammates and coaches during his U.S. Army retirement ceremony in Columbia on October 26, 2019.