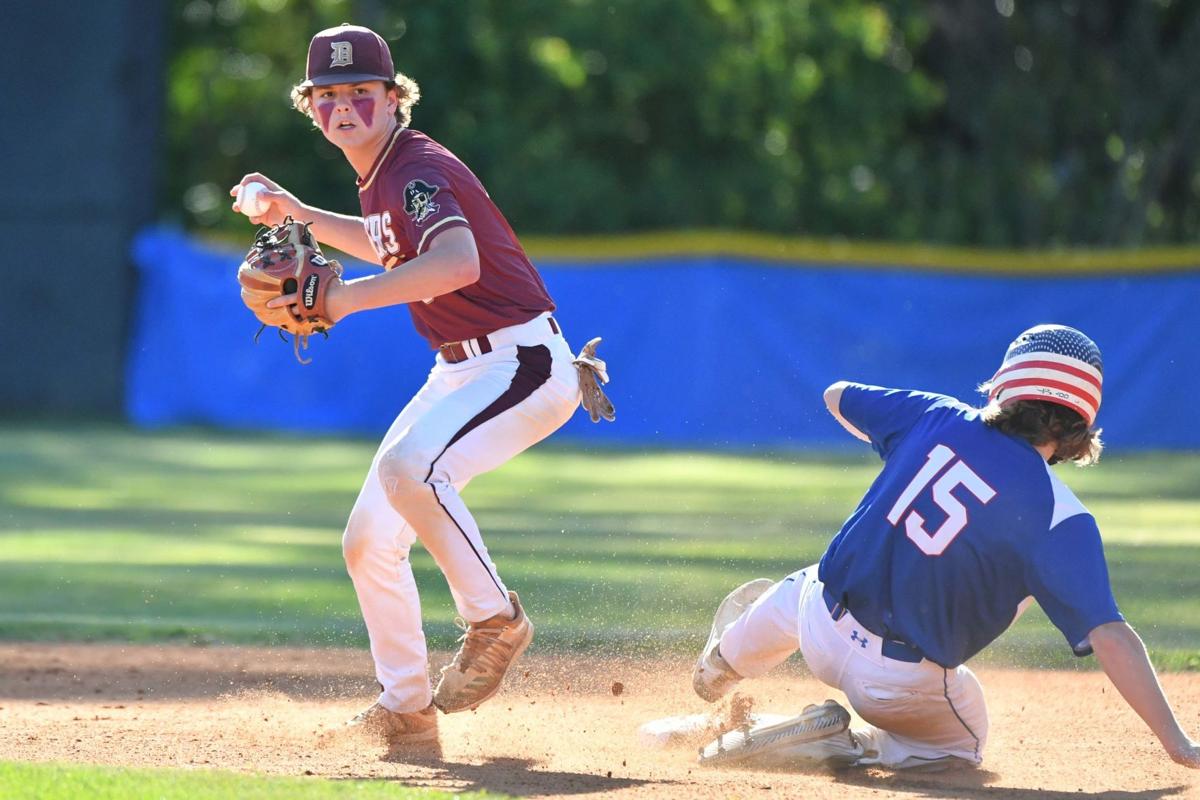 Manning Thompson (5) for Dorchester Academy looks to turn a double play on Friday, as K.C. Kacarka (15) slides into second base for St. John's Academy, in Game 3 of the SCISA Class A state baseball championship at Holly Hill Academy. 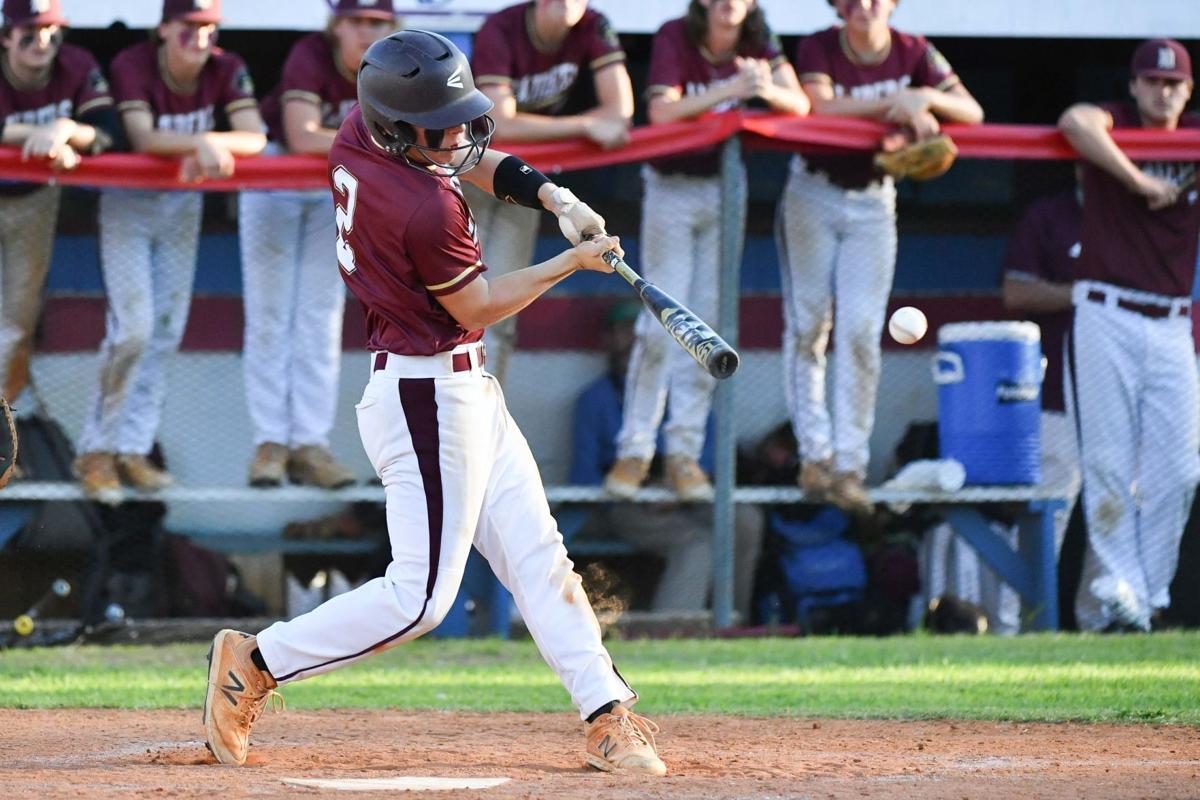 HOLLY HILL — The rally was strong, but just too little, too late.

But, stranding runners with the bases loaded in the final at-bat gave St. John's Christian Academy the championship by a 13-11 score.

Game 2 was then halted by thunderstorms and hail, while tied 1-1 on Tuesday. Further rain forced the game to be completed on Thursday, when the host Cavaliers won 3-2 in 8 innings in Moncks Corner.

St. John's led 2-1 after an inning of play on Friday. The Cavaliers went up 3-1, with a run in the second inning. From there, it looked like SJCA would run away with the win, scoring 3 runs in the third inning and a run in the fifth inning, for a 7-1 advantage.

Unfortunately for DA, The Cavaliers scored 6 runs in the sixth inning, for a 13-1 advantage. But, the Raiders answered with 7 runs in the same inning, making the score 13-8.

Dorchester plated 3 more runs in the seventh inning, but could not push across any of the final 3 runners on base to edge closer to even.

Tally Strock pitched 6 innings for the win, giving up 3 earned runs on 8 hits and 6 walks. Conner Lockliear pitched a third of an inning, and Pearce pitched two-thirds of an inning.

Class 2A playoff bracket - Edisto at Philip Simmons on Saturday

Branchville will play Monday at the loser of Saturday's game between East Clarendon and Lowcountry Leadership.

On Saturday, No. 1 seed Bamberg-Ehrhardt softball will play host to No. 2 seed Carvers Bay in a SCHSL Class A bracket game.

Look to the Chargers and Seahawks to make the playoffs

Manning Thompson (5) for Dorchester Academy looks to turn a double play on Friday, as K.C. Kacarka (15) slides into second base for St. John's Academy, in Game 3 of the SCISA Class A state baseball championship at Holly Hill Academy.