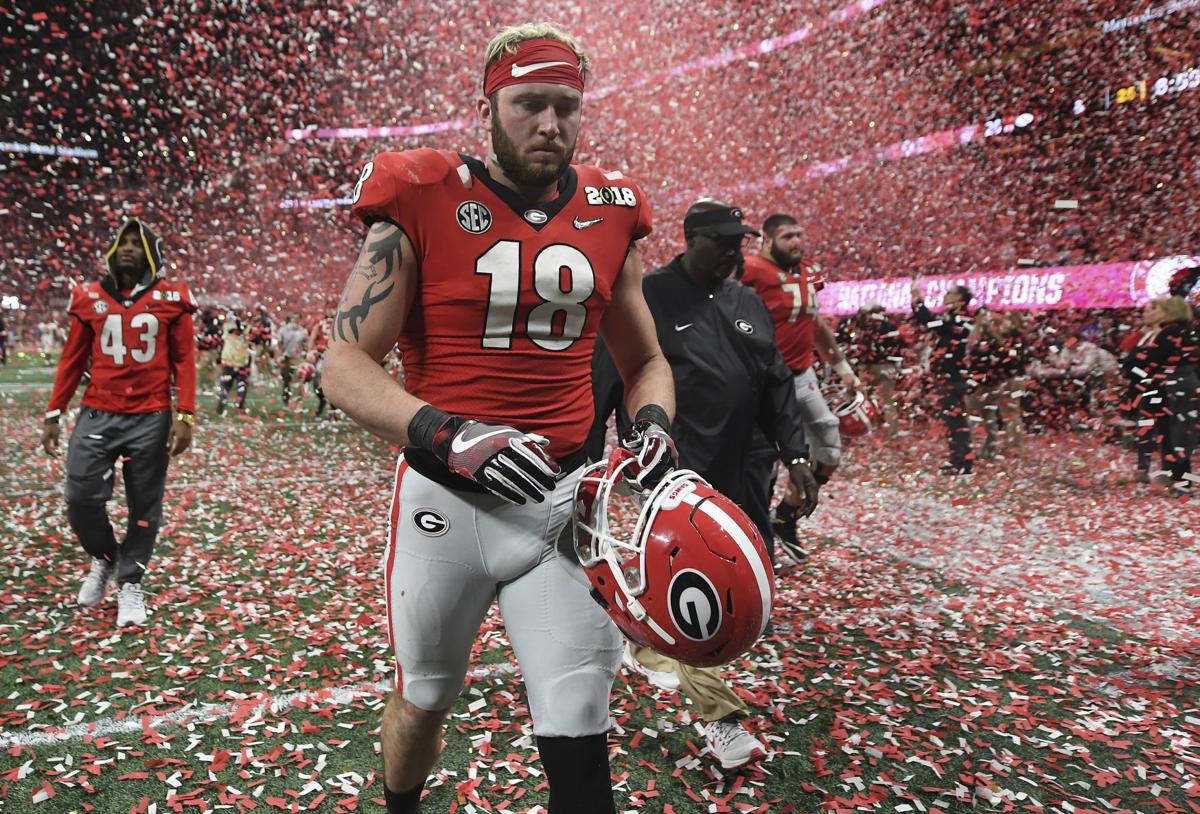 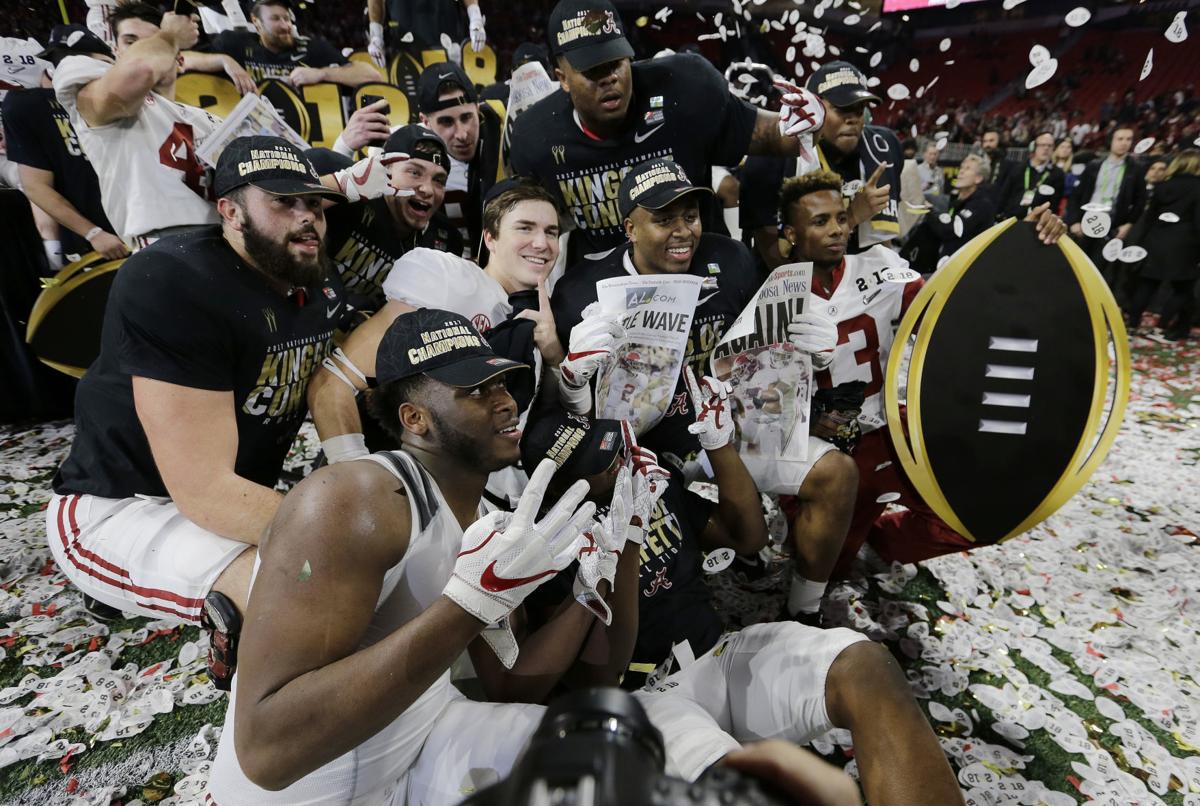 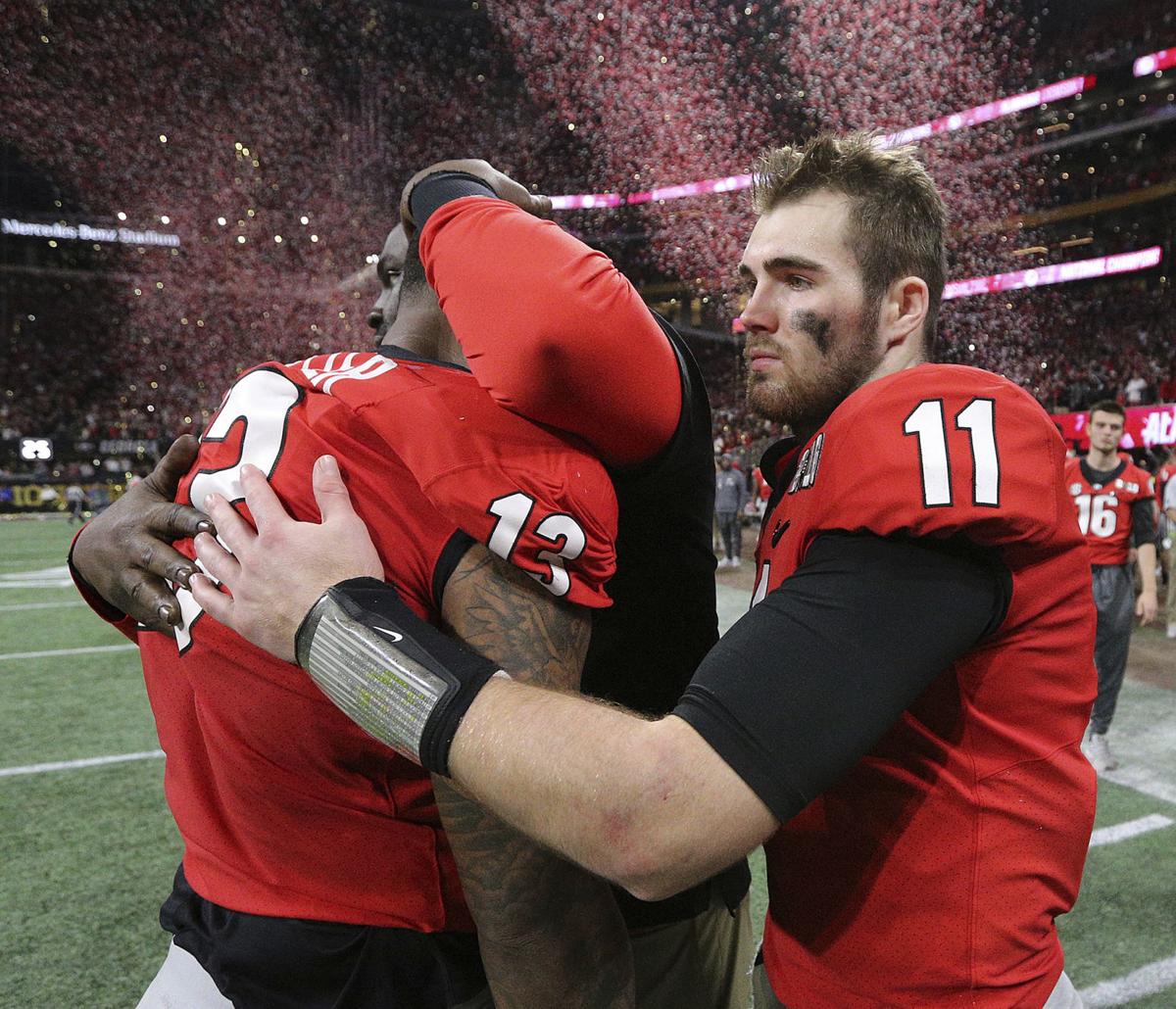 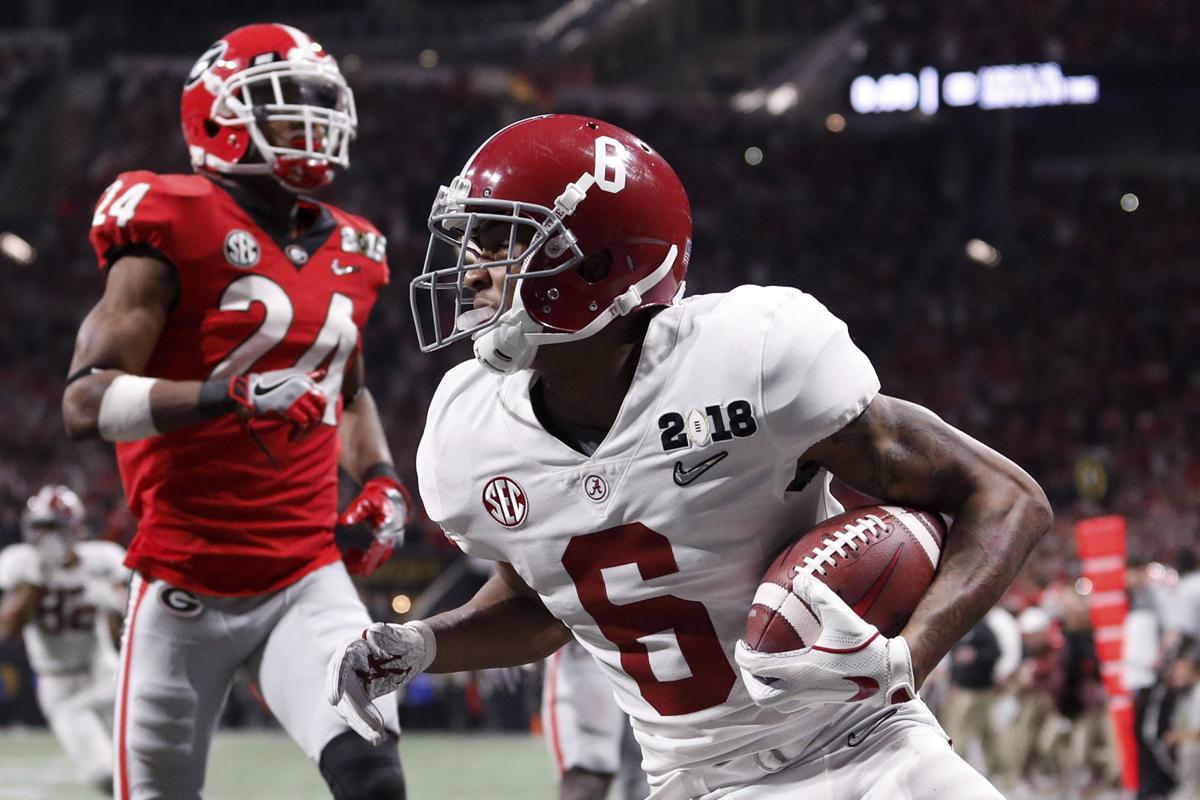 ATLANTA — Georgia had no reason to fear overtime with the national championship on the line.

Last week's double-overtime win over Oklahoma in the Rose Bowl should have been the perfect setup for the Bulldogs. Georgia players had every reason to feel emboldened by their chances when facing overtime in Monday night's championship game against Alabama.

That's what made the 26-23 loss to the Crimson Tide even more crushing. Georgia's wait for its first national championship since 1980 continues.

"Guys fought so hard all season long," said cornerback Aaron Davis. "We really wanted this one bad and just came up one play short. ... When it came down to that one play, I just hated to see it end like that."

After a 51-yard field goal by Rodrigo Blankenship gave Georgia the lead, Alabama's Tua Tagovailoa was sacked by Davin Bellamy and Jonathan Ledbetter for a loss of 16 yards.

The finish brought heartbreak for the Bulldogs.

On second down, Tagovailoa found DeVonta Smith for a 41-yard game-winning touchdown pass. Malkom Parrish was trailing on the play and Dominick Sanders was supposed to provide safety support.

"I rerouted my guy and I just turned and looked and saw (Smith) catch the ball," Davis said. "I don't know what happened over there. I just looked up and saw him wide open like that. It was a communication issue, something we can't have."

Georgia players were emotional on the field and in the locker room. Freshman quarterback Jake Fromm described the final minutes as "a total rollercoaster," but said the players will recover.

"At the end of the day you take it and process and go out and try to make another play," Fromm said.

Georgia led 13-0 and 20-7 but couldn't finish against a resilient Alabama team accustomed to success on the championship stage.

"That was a great defense we went up against," said tailback Nick Chubb, who was held to only 25 yards rushing on 18 carries. "A lot of respect for what they do. A lot of big bodies up front, makes it hard to run. But at the end of the day, it just comes down to us not executing well."

Michel led the Bulldogs with 98 yards rushing, but for much of the game Fromm was asked to carry a heavier load than normal. Georgia had seven passes and no carries on its first two possessions. Fromm completed 16 of 32 passes for 232 yards with two interceptions and one touchdown.

"I think we'll respond well and definitely take it as motivation," Fromm said. "Nobody in this locker room wants to feel this way again."

"In overtime we didn't finish when we had to and Alabama did," Smart said. "Give them credit, but I think everybody can see that Georgia's going to be a force to be reckoned with."

Smart said "the standard's been set" for the program by the seniors, including Chubb.

"I can't put into words what these seniors mean," Smart said. "We're running out of the tunnel tonight, and ... (Chubb) comes by me and says, 'I'll go anywhere with you, and I'll follow you anywhere, and I'll fight for you because I believe in you.' And that meant more to me than anything."

ATHENS, Ga. (AP) — Georgia quarterback Jake Fromm has a broken bone in his left hand but isn't expected to miss any summer workouts.