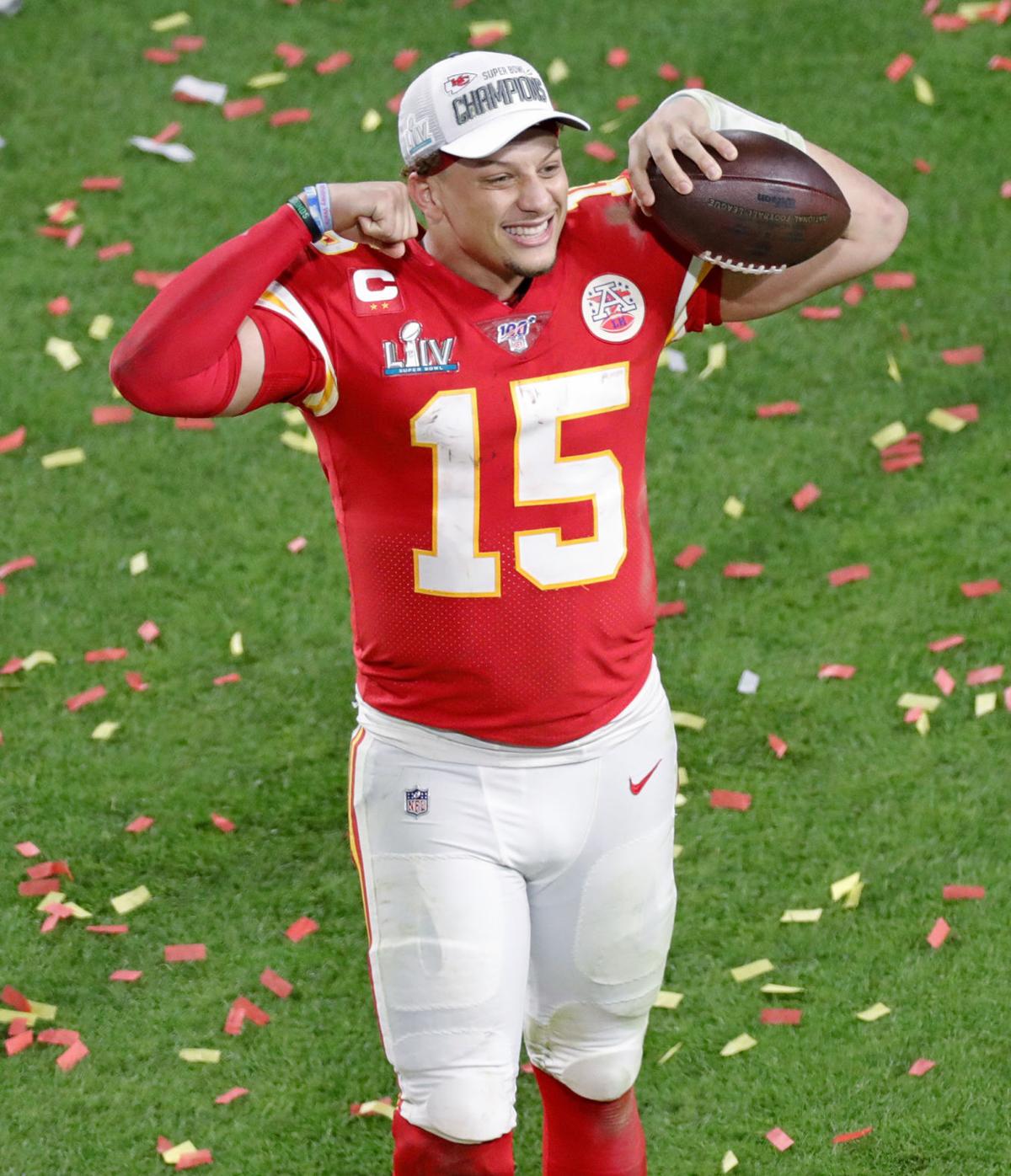 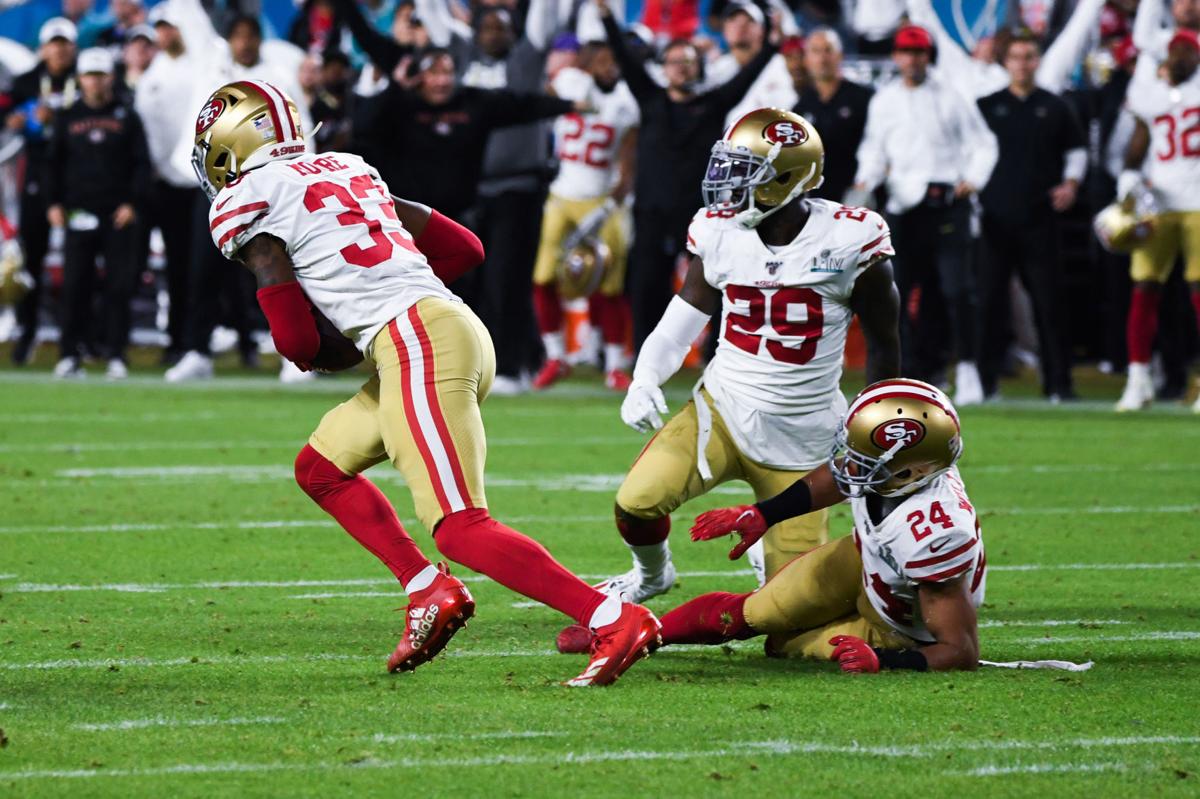 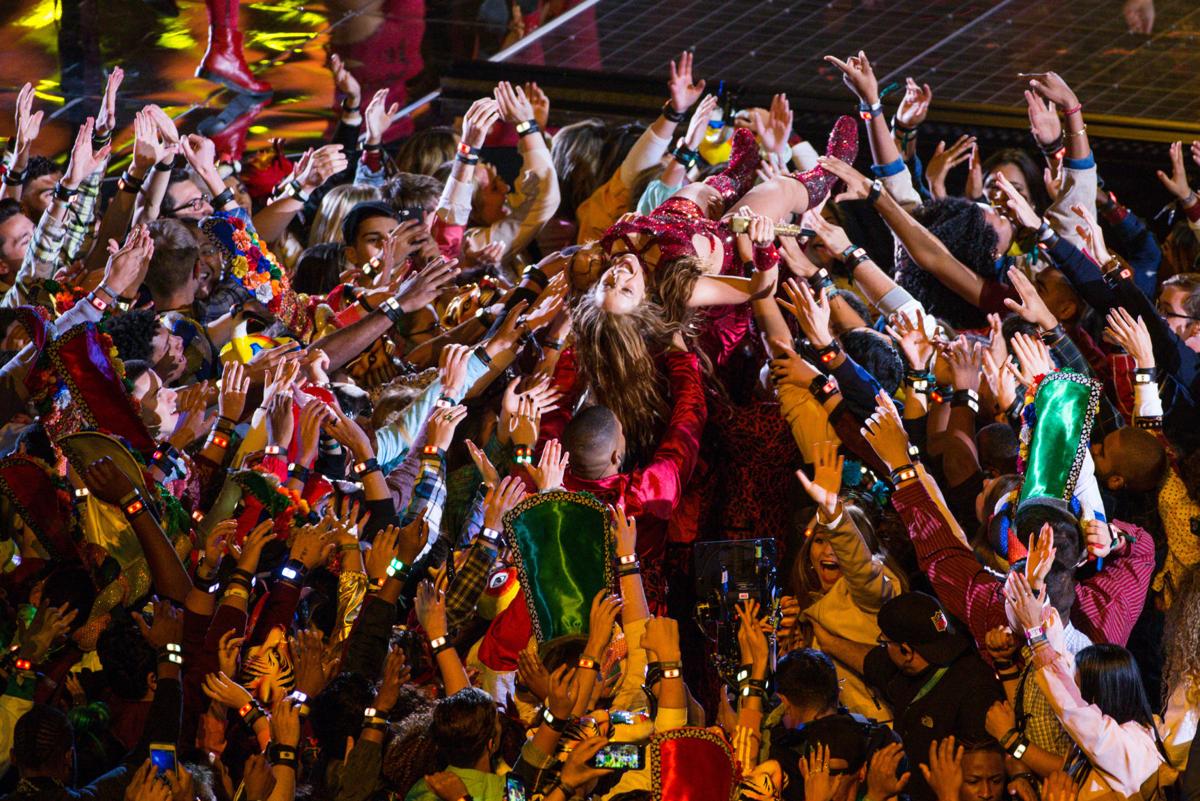 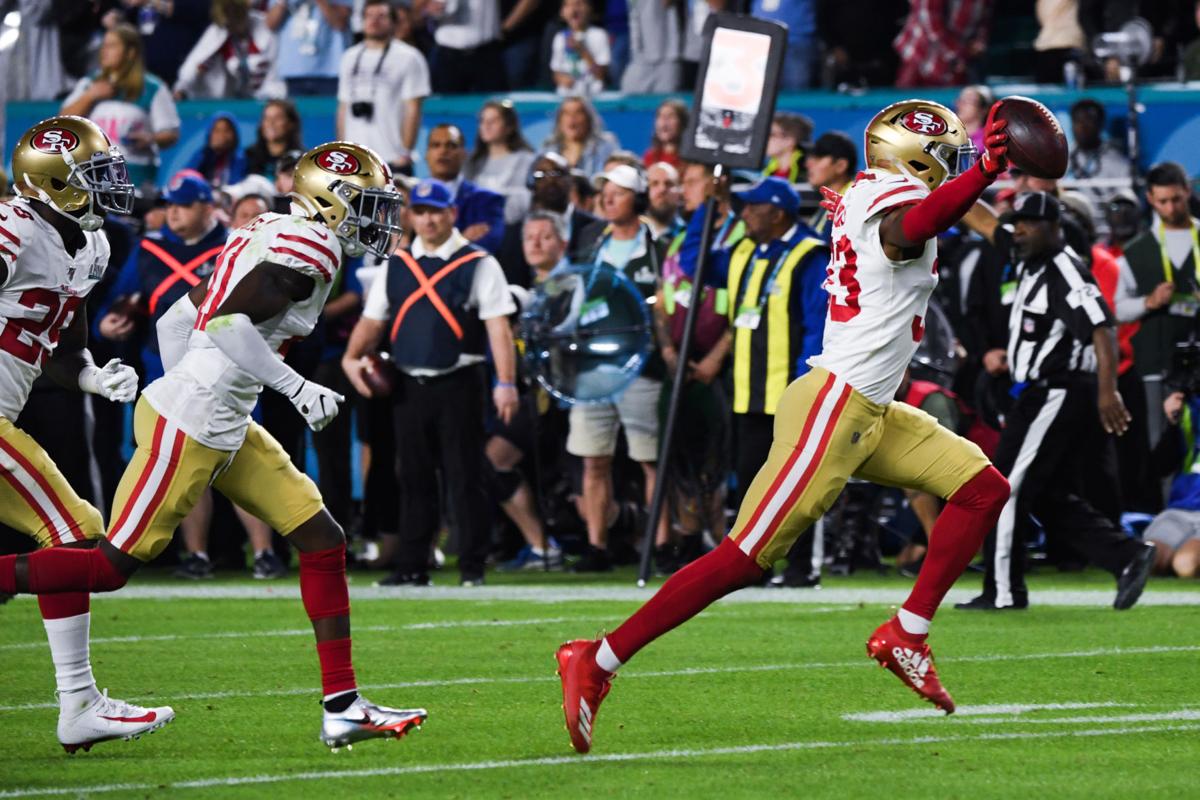 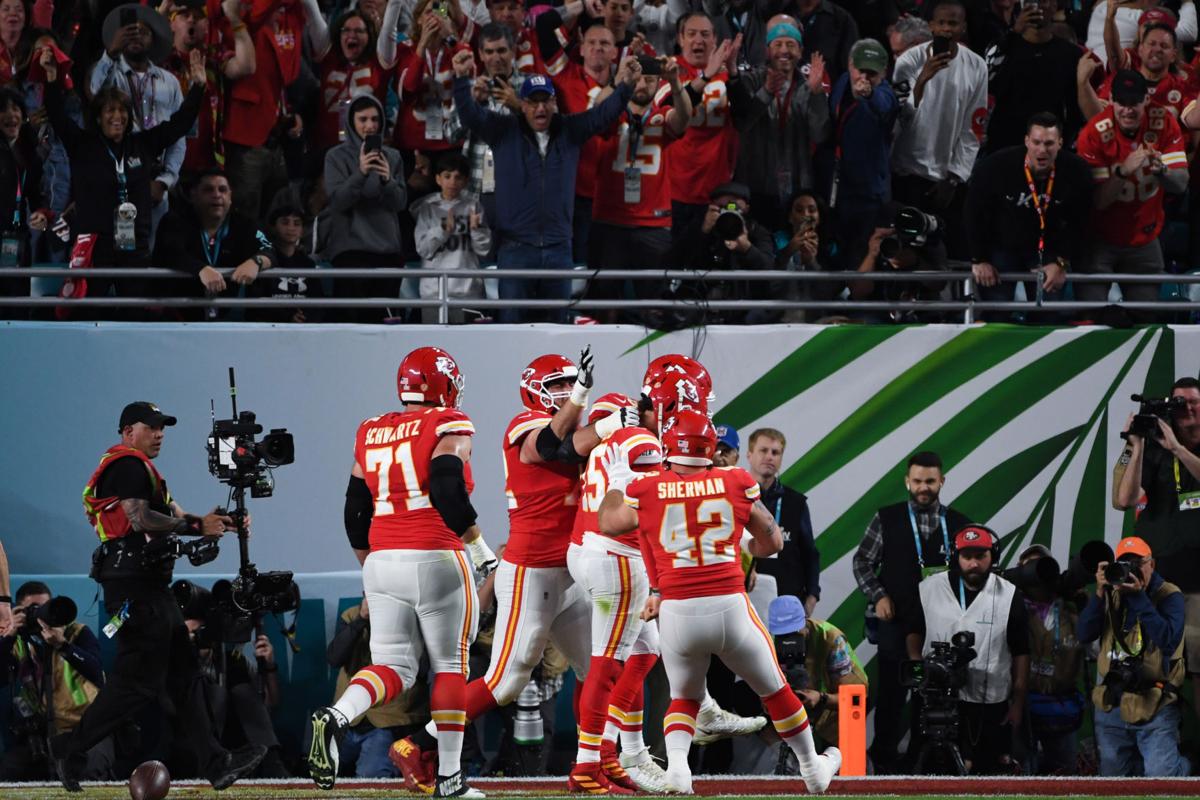 Kansas City Chiefs (15) quarterback Patrick Mahomes and teammates celebrate after running the ball in for a touchdown during the first quarter of Super Bowl LIV between the San Francisco 49ers and the Kansas City Chiefs held at Hard Rock Stadium in Miami Gardens, FL on Feb. 2, 2020. (Anthony Behar/Sipa USA/TNS) 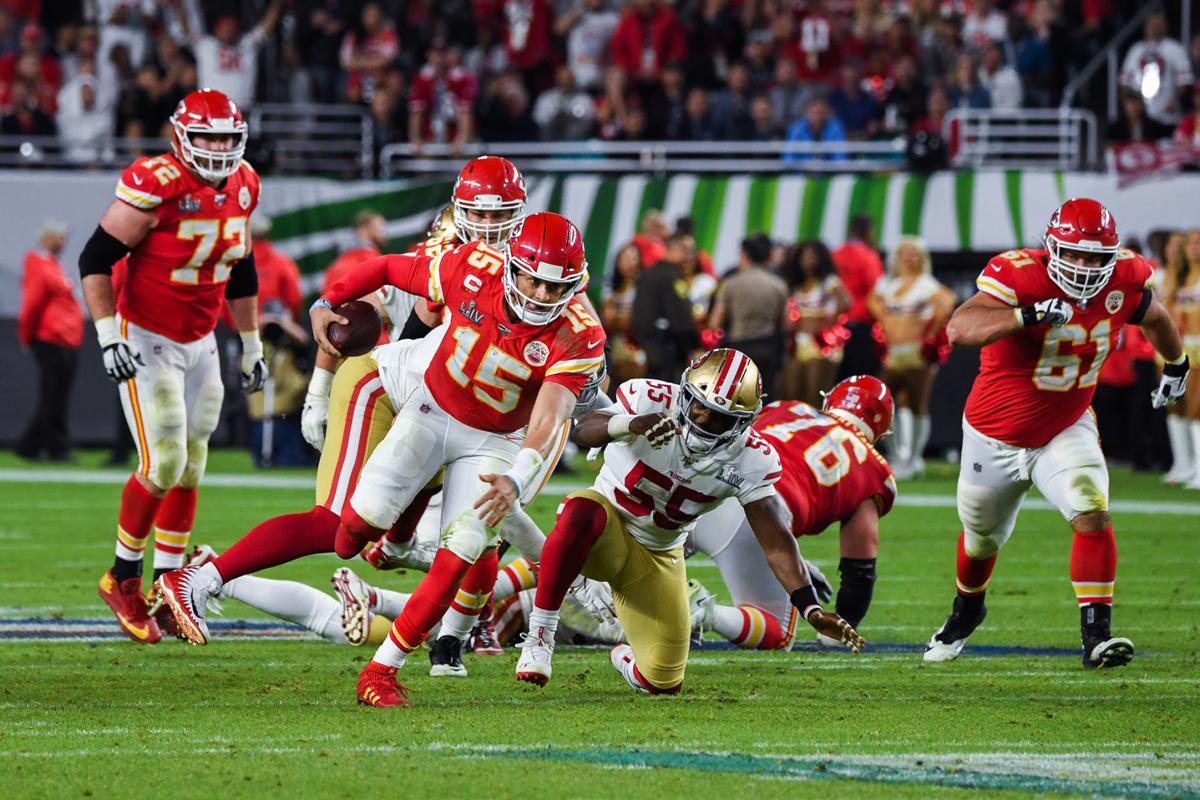 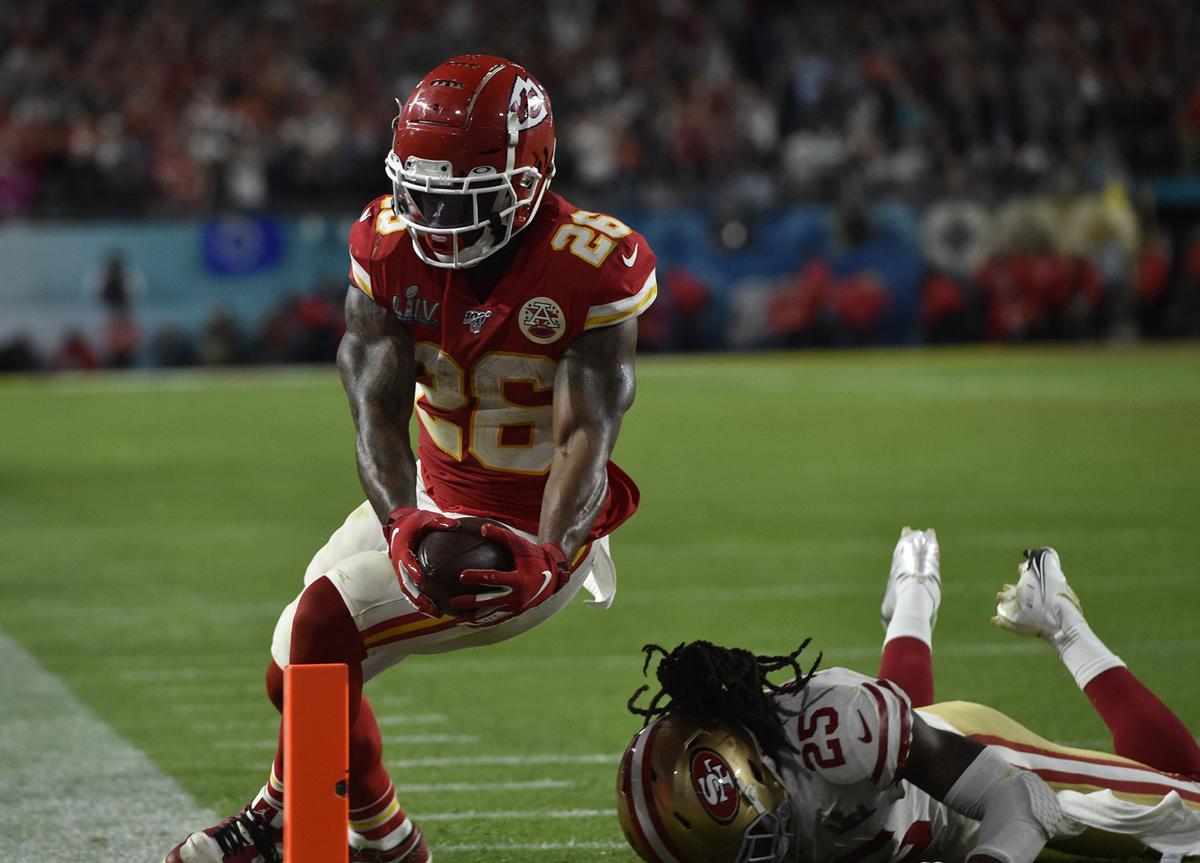 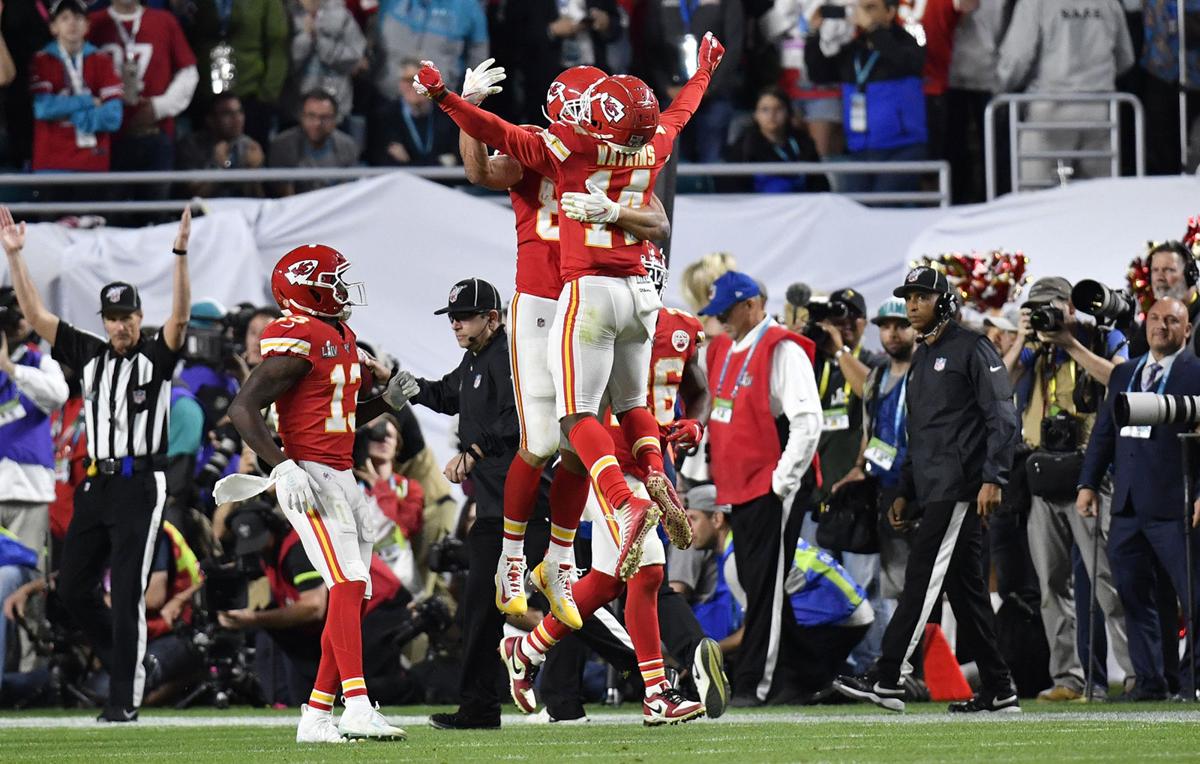 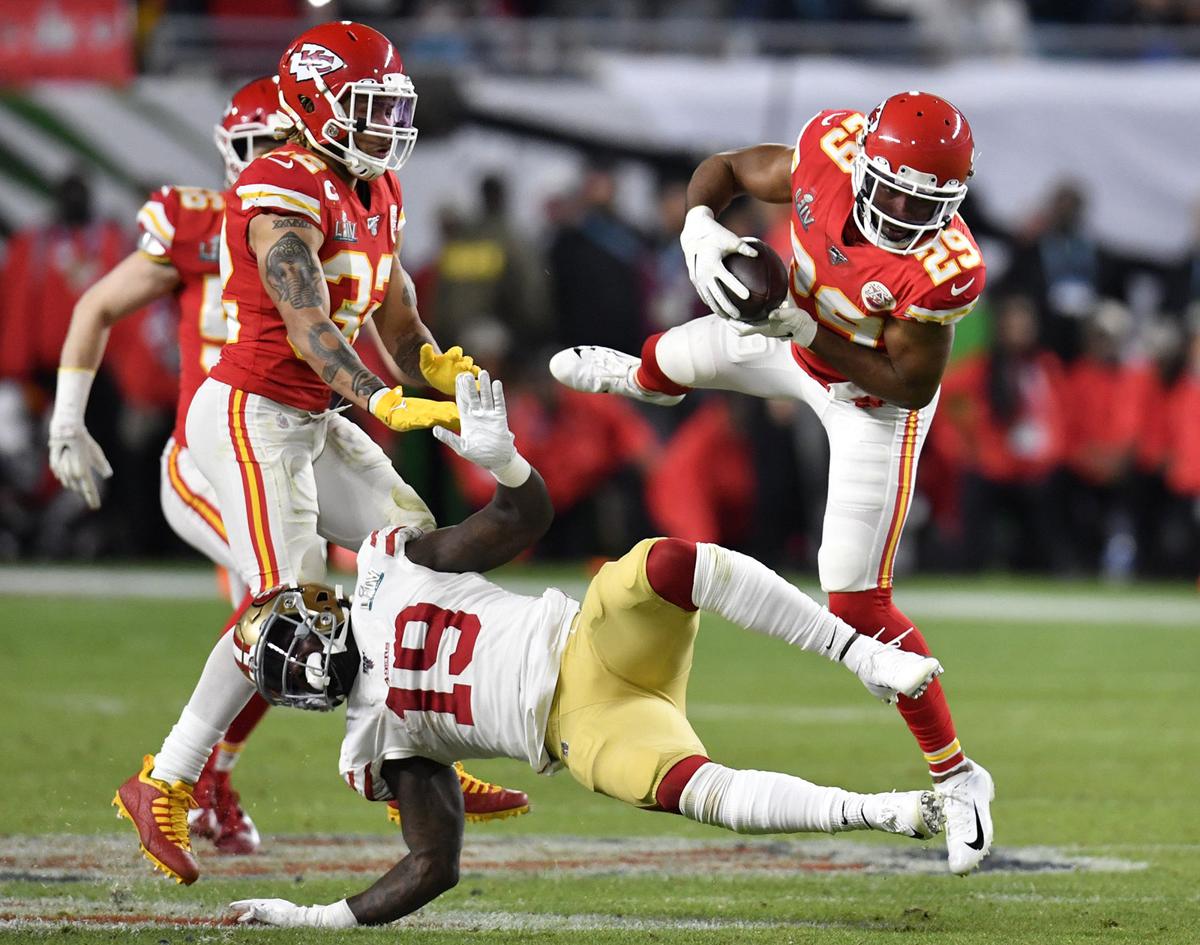 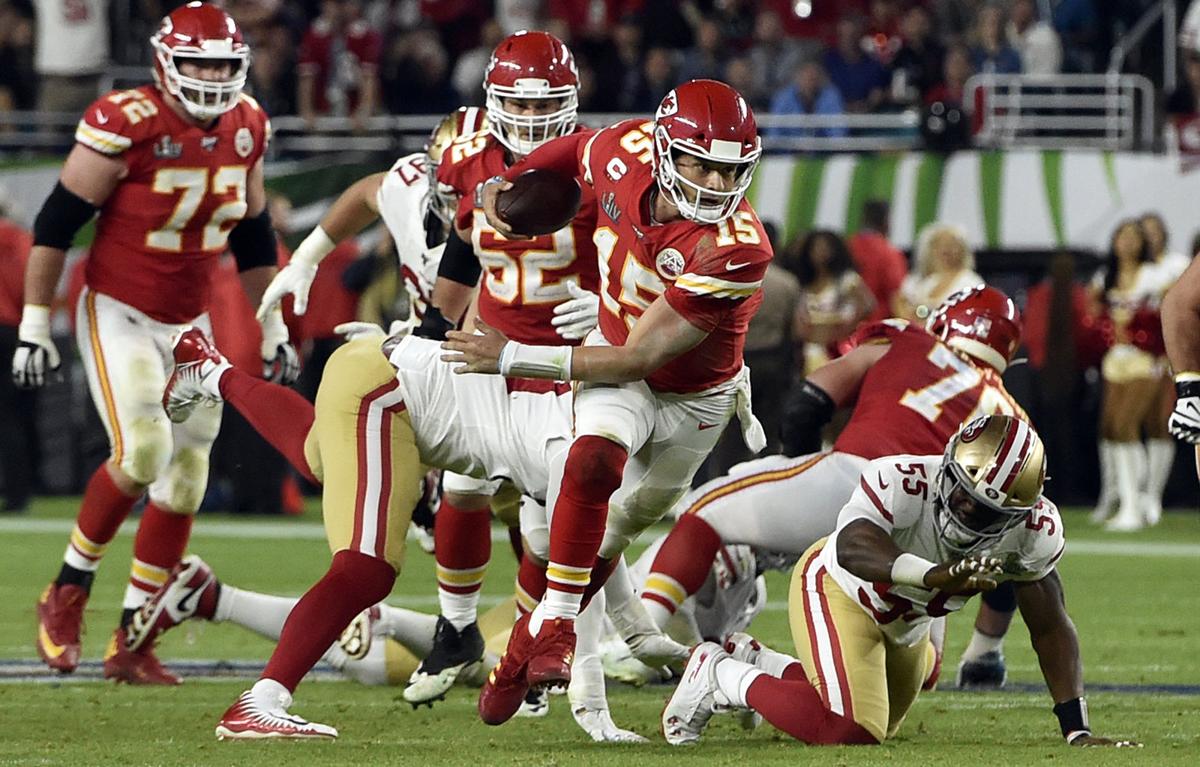 MIAMI - Andy Reid coached 365 games without a Super Bowl victory, meaning he could have coached a game a day for an entire year without reaching the NFL mountaintop.

The breakthrough came Sunday in No. 366.

Now that's what you call a leap year.

What better coach to end the 50-year drought of the Kansas City Chiefs than the lovable Reid, a man who endured a historic dry spell of his own.

"It was written in the stars," linebacker Reggie Ragland said. "It was meant to be."

Written in the record books too. Reid came into Super Bowl LIV with 221 victories, more than any coach in NFL history without a ring - and that list includes Marty Schottenheimer (205), Dan Reeves (201), Chuck Knox (193) and Jeff Fisher (178).

Reid blissfully extricated himself from that category, a reality so delightful he happily accepted the involuntary ice-bucket challenge that came courtesy of his players as the clock was winding down on the 31-20 victory over the San Francisco 49ers.

"The guys were jumping on top of me, I got an ice bath and everything," Reid said of the celebration that followed the game-clinching touchdown run by Damien Williams, putting Kansas City up by 11. "I didn't have a lot of time to reflect on anything, other than try to keep guys off the field. We still had a minute and some left to go, so anything can happen.

"It was awesome. Just to be able to celebrate with guys that worked so hard just to get you to this spot. To get themselves and the team to this spot."

Unlike 15 years ago, when New England edged Reid's Philadelphia Eagles in Jacksonville, there was no Tom Brady to play spoiler. San Francisco's Jimmy Garoppolo did a solid job for most of the game, but wasn't going to put his team on his shoulders and carry it to victory.

Patrick Mahomes did that, coolly guiding the Chiefs out of another 10-point abyss, just as he did in the AFC championship game against Tennessee. In the divisional game against Houston, the Chiefs spotted the Texans a 24-0 lead before roaring back to outscore the visitors 51-7 the rest of the way.

"It's just team; we have heart," Mahomes said. "That's just from Day 1, coach pushes us to be the best people we can be, and we never give up. I think those guys around this - the leaders we have on this team - they have that mindset that we never give up and we're going to fight until the end."

Reid exhibited those traits dating to his days at Marshall High in Los Angeles, where he would launch his football career. He was unafraid and relentless from an early age.

On a hot afternoon nearly 60 years ago, Reid got into a scuffle with the school's quarterback and had the poor guy on the ropes. The quarterback yelled for his teammates to step in. But they were doubled over with laughter ... because Reid was the 6-year-old ball boy.

With his chubby hands clutching his foe's facemask, Reid had leaned back and had the quarterback bent over at the waist and wind-milling his arms.

It was that stubborn spirit that guided Reid through all the disappointments and near misses over the years, and kept him in the game despite the tragic loss of his eldest son, Garrett, who died of a drug overdose in 2012.

"I had two goals when I became the starting quarterback for the Kansas City Chiefs," Mahomes said. "The first was to win the Lamar Hunt Trophy (awarded to the AFC champion). I wanted to bring it home, the one that has our founder's name on it ...

"And the second most important thing was to get coach Reid a Super Bowl trophy. He's one of the greatest coaches of all time. I don't think he needed the Lombardi Trophy to prove that. But just to do that, it puts all doubt aside."

Whereas Reid shrugged off the yoke of Super Bowl disappointment, San Francisco's Kyle Shanahan was burdened with more. He was Atlanta's offensive coordinator when the Patriots pulled off the biggest comeback in Super Bowl history, wiping out a 28-3 deficit to win in overtime. And Sunday, Shanahan's 49ers were outscored, 21-0, in the final 6:13.

In the fourth quarter and overtime of his two Super Bowls, Shanahan's teams have been outscored, 46-0.

"Yeah, it was a tough loss and it hurts everybody in that locker room, losing the Super Bowl," Shanahan said. "We had opportunities to win and came up short. ... They were better than us today. We can deal with that, but we're obviously disappointed."

Reid is a creature of habit, and throughout the season he has a reliable routine whenever speaking to the media after practice. He lists the injuries, then opens the news conference to questions with, "The time is yours."

At long last, the time is yours.

CHARLOTTE, N.C. — The Panthers have found a replacement for Cam Newton — and it didn't take long.

NEW ORLEANS (AP) — New Orleans Saints head coach Sean Payton says he has tested positive for the coronavirus, is resting comfortably at home and is making his test result public in hopes he can motivate people to do more to fight the pandemic.

NY Jets have talked to Jadaveon Clowney, but is there any chance they sign him?

The New York Jets need an edge rusher. Badly. And Jets general manager Joe Douglas on Wednesday said that the team has been in contact with Clowney's representatives. "We're going to do our due diligence on everybody that's out there, especially at the edge rusher position," Douglas said in a conference call with reporters. "I'm not going to get into the details of the conversations we've ...

CHARLOTTE, N.C. — The Cam Newton era is over in Carolina, as the Panthers released the 30-year-old quarterback on Tuesday after nine seasons.

Kansas City Chiefs (15) quarterback Patrick Mahomes and teammates celebrate after running the ball in for a touchdown during the first quarter of Super Bowl LIV between the San Francisco 49ers and the Kansas City Chiefs held at Hard Rock Stadium in Miami Gardens, FL on Feb. 2, 2020. (Anthony Behar/Sipa USA/TNS)