Fauci affirms Biden's commitment to WHO. Here's what it means moving forward.

No. 15 Coastal Carolina chasing bigger stakes with each win
0 comments
Share this
{{featured_button_text}}
1 of 2 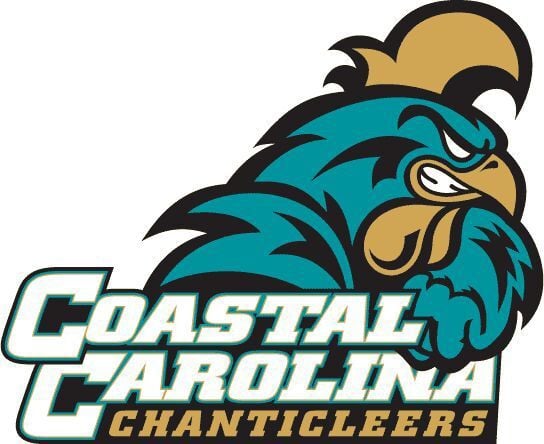 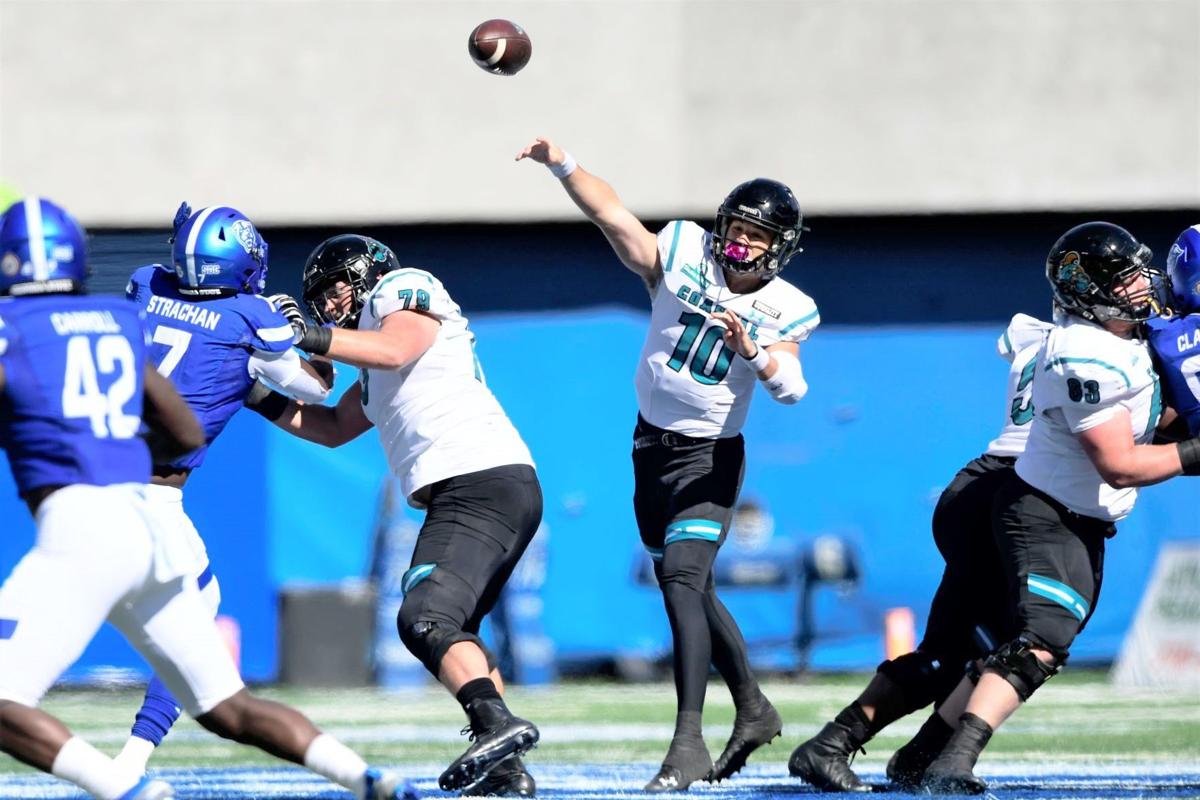 No. 15 Coastal Carolina has already reached a couple of major landmarks this football season. Now, the Chanticleers could be eyeing another milestone with a spot in a New Year's Six bowl game.

If the wins keep piling up, the Chants could become impossible to keep out of a New Year's Six bowl come next month.

"I'm pretty proud of what we've done so far, but we're not satisfied at all," CCU offensive lineman Trey Carter said. "We all believe we can get a lot better. We all know we're playing pretty good ball right now, but we've got a long way to go to get to where we want to be."

That destination could be a big-time bowl.

"I've thought about it for sure," Carter said. "I've done scenarios in my head where that would happen."

Chadwell likes his team's attitude at not getting too far ahead of themselves. It's not quite time to plan for a New Year's Six spot.

"Each week, we're just trying to avoid the COVID-19 virus and play better than we did," Chadwell said. "If we get up to 12-0 and Sun Belt champions, we'll do a commercial for that and maybe they'll put us in."

They'll make it hard to keep them out if they keep moving up the rankings and into the top 12. And they're playing like they can't be stopped from reaching their goals.

The Chants are coming off a 51-0 rout of Georgia State, where quarterback Grayson McCall returned from injury to pass for 254 yards and 4 touchdowns.

South Alabama is trying to keep pace with one-loss Louisiana-Lafayette in the Sun Belt's West Division. The Jaguars are coming off a 24-17 loss at Georgia Southern last Saturday.

Some other things to watch for when No. 15 Coastal Carolina plays South Alabama:

Coastal's Chadwell said there may be some holdover from the last time these teams played as South Alabama kept the Chants from a sixth win and a bowl game with a 31-28 victory.

There's a chance this could be the first of two meetings between these teams, the other one a potential Sun Belt Conference championship game next month. The Chanticleers are currently leading the East Division with Appalachian State in second at 2-0 in the league. Louisiana-Lafayette is 3-1 in the West with South Alabama next at 2-1.

Coach Chadwell answered a Canadian reporter's question about starting linebacker Enock Makonzo, who is from Lechine, Quebec. After expanding on Makonzo's ability, Chadwell closed with, "plus he looks like Morgan Freeman and we like that."

South Alabama defensive coordinator Greg Stewart said his front linemen will have a challenge in slowing Coastal QB McCall. "You can send five or six and say, 'Man, we almost got there,' and he completes passes," Stewart said. "It's almost like he's got a clock in his head." The Chants have only allowed five sacks this season.

Chadwell said he knew his defensive coordinator Chad Staggs was looking at maintaining Coastal Carolina's first FBS shutout when he told the head coach, "Don't give them anything." The Chants offense didn't in defeating Georgia State 51-0 last week.

McCall, Heiligh lead No. 20 Chants to rout of Georgia State

ATLANTA — Coastal Carolina coach Jamey Chadwell could sense something special was about to unfold.

CONWAY — Backup quarterback Fred Payton three three touchdown passes and No. 25 Coastal Carolina won its first game as a ranked team with a 28…

No. 25 Coastal Carolina plays for the first time ever as a ranked FBS team when it faces Georgia Southern on Saturday (noon, ESPNU).

LAFAYETTE, La. — Massimo Biscardi made a 40-yard field goal with 4 seconds left to give Coastal Carolina a 30-27 victory over No. 21 Louisiana…

LAWRENCE, Kan. — Coastal Carolina might want to start scheduling a trip to Kansas every season.

No. 20 Coastal Carolina cruised to a 51-0 victory over Georgia State on Saturday.

CONWAY (AP) — Grayson McCall threw for 203 yards and a score, Massimo Biscardi had three field goals and No. 15 Coastal Carolina improved to 7…

CONWAY — Coastal Carolina has come a long way in a short amount of time.

Take Two: No. 8 BYU steps in to face No. 14 Coastal Carolina

Different opponent for No. 14 Coastal Carolina. Even bigger stakes in this Top 25 matchup between the Chanticleers and No. 8 BYU.