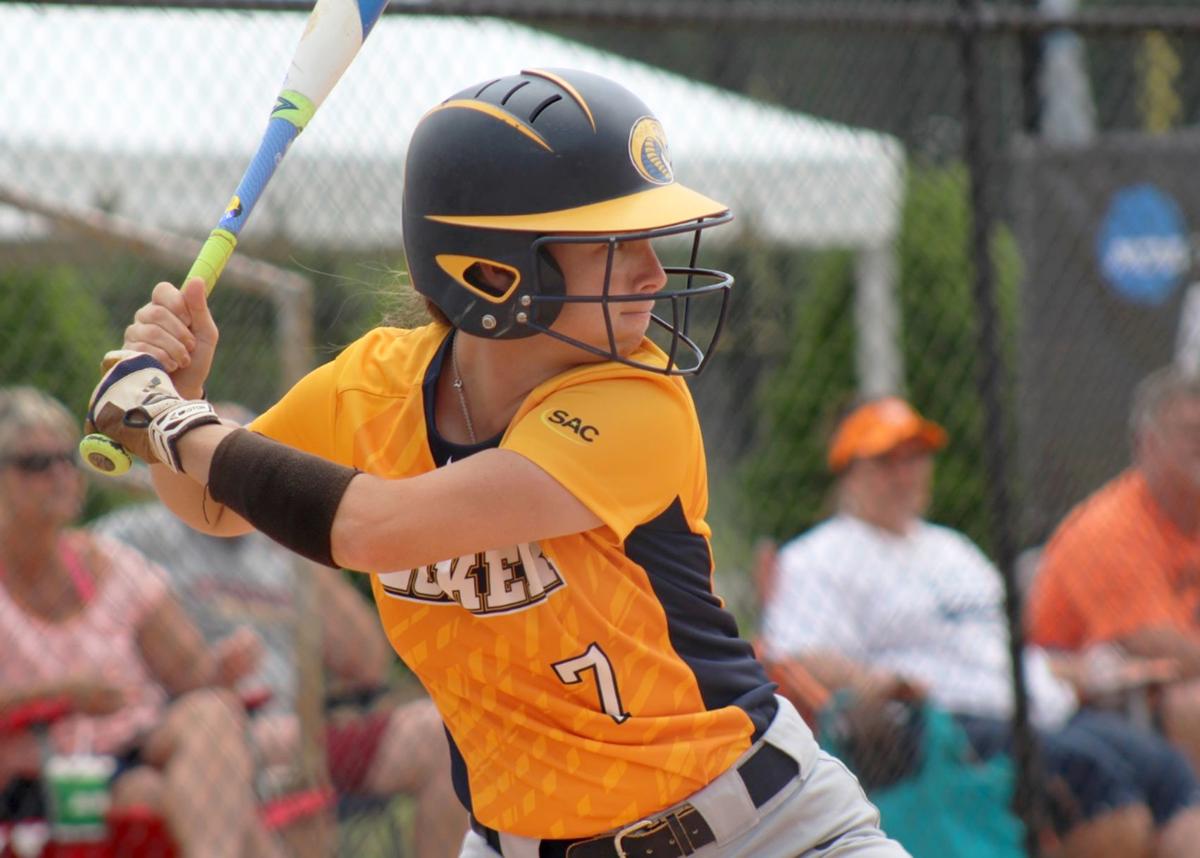 Tayler Barcomb (7) at bat for the Coker Cobras during a game this past season. 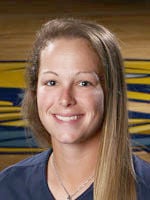 Barcomb was selected to the second team as a utility player, splitting time at second base and behind the plate this past season for the Cobras.

Her efforts helped the Navy and Gold to a 41-17 record and a runner-up finish in the South Atlantic Conference tournament this season.

On the year, Barcomb mashed her way to a .392 batting average, compiling 73 total hits. She belted 21 doubles, two triples and nine long balls en route to a .672 slugging percentage. She drove in 57 runs, scored 48 times, drew 16 walks, stole 10 bases and owned a .437 on-base percentage. Between her two positions defensively, she earned a .960 fielding percentage.

Within the South Atlantic Conference, Barcomb ranked second in doubles and RBI, third in runs scored and hits, and ninth in batting average. Prior to her being named an All-American, Barcomb earned SAC Softball Player of the Week honors on Feb. 7, was named to the SAC All-Tournament Team, earned Coker Student-Athlete of the Month honors for February, and received Division II CCA All-Southeast Region First Team honors as a utility player.

The St. George native is the daughter of Peter and Karen Barcomb and she graduated from Coker with a bachelor's degree in biology on May 13.

"I'm very proud of Tayler for being selected an All-American," said Coker head softball coach Travis McCall. "She had an incredible season and I can't think of anyone who deserves this more than her.

"Tayler was a great ambassador for our program both on and off the field, and we are excited to follow her as she begins this next chapter of her life. There's no doubt that she left a lasting impact on this softball program."

"I'm honored to be selected as an All-American," said Barcomb. "As a team, we had a great season, and I would never be able to get this award had it not been for my teammates.

"I am thankful for all the people who pushed me to be my best."

This is the 11th season of the D2CCA All-America program which is selected by CoSIDA members from schools playing in NCAA Division II and second in which the program was solely sponsored by the Division II Collegiate Commissioners Association.

Today's edition of The Times and Democrat includes a collectible poster celebrating Dorchester Academy's state championships in baseball and softball.

Calhoun Academy senior Bates Felder, Jr. was surprised to find out during his graduating class ceremony on Saturday, May 23 that he had won th…

South Carolina State University department of athletics has announced the hiring of Melissa Sherwood as the new head coach for women’s soccer.

COLUMBIA -- It looks like if there are fans allowed at Williams-Brice this fall, one of the other biggest pieces to the game day experience wi…

COLUMBIA — Less than 24 hours after getting a public commitment from a second recruit in the cycle, Dawn Staley's Gamecocks picked up a third …

Tayler Barcomb (7) at bat for the Coker Cobras during a game this past season.