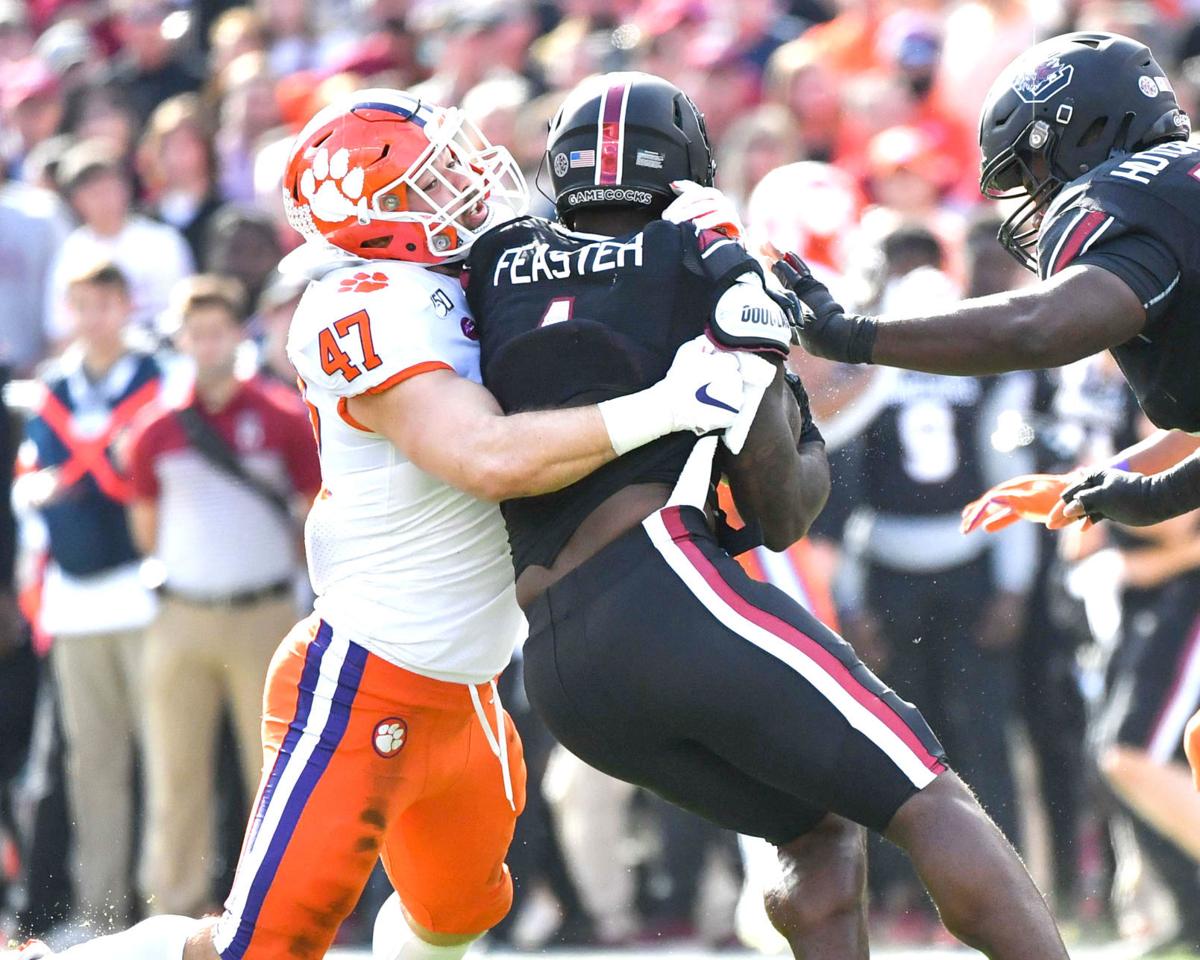 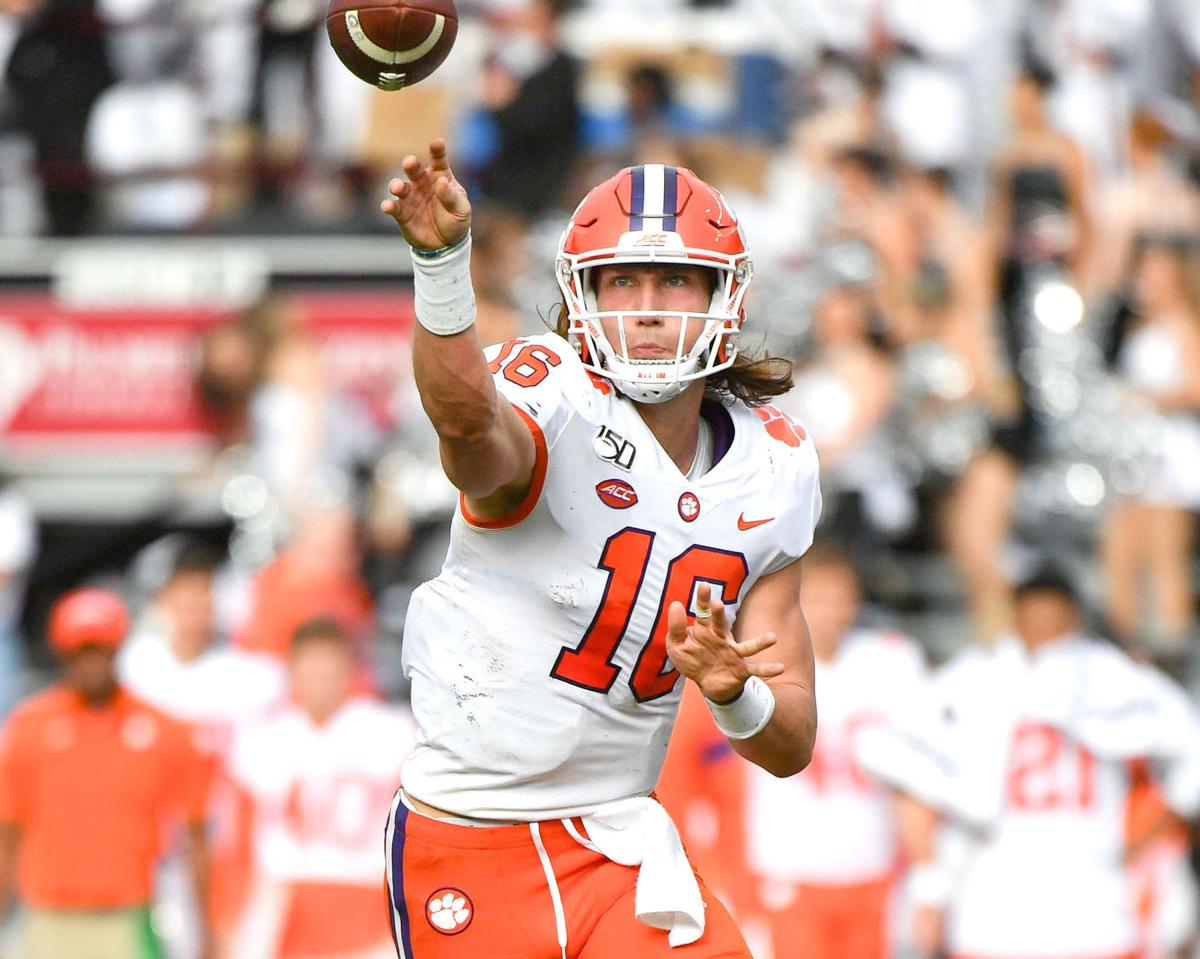 COLUMBIA -- In front of 80,850 fans, the No. 3 Clemson Tigers dominated their instate rival, the South Carolina Gamecocks by a final score of 38-3 Saturday at Williams-Brice Stadium.

"First of all, I appreciate our fans, we had a great crowd today...a lot of orange in the stands today," head coach Dabo Swinney said.

CAROLINA FOOTBALL: Clemson wins, but fallout may be more interesting than game

"This is great for our conference. I know everyone says that we don't play anyone, but in our last 10 games against the SEC we're 9-1."

The Tigers outplayed the Gamecocks in every facet of the game, as they outgained the Gamecocks 527-174. Clemson held a 12th straight opponent below 300 yards of total offense to open the season. Per ESPN Stats & Info, Clemson was already the first team in searchable data dating back to 1996 to open a season by holding its first 11 opponents to 300 or fewer yards, a feat matched by Ohio State this year.

"We're 12-0 for the first time in the history of our school," Swinney said. "I think the story is our defense. I know that a lot of people thought our offense would be good, but our defense..that's 15 in a row that our defense has held a team to under 21 points."

The Tigers' opening drive took them all the way to the Gamecock 1-yard line. But after they were stopped on three straight plays, the Tigers brought in defensive linemen Nyles Pinckney and Tyler Davis for a variation of their Freezer Package.

The Gamecocks were ready for the Tigers, after quarterback Trevor Lawrence motioned out of the backfield, running back Travis Etienne took the direct-snap and was stood up at the line of scrimmage.

The Gamecock offense moved the ball out from the shadow of their own end zone, as Ryan Hillinksi's first pass of the game found Shi Smith for a 24-yard gain. However Hilliski's third pass of the game ended up in the hands of Clemson cornerback Derion Kendrick, who returned the interception 14 yards to the South Carolina 23-yard line.

Lawrence and the Tiger offense did not waste any time making the Gamecocks pay for the mistake. Lawrence found Tee Higgins for a 10-yard touchdown, that capped a three-play drive that gave the Tigers a 7-0 lead.

The Gamecocks' first punt of the game backed the Tigers up to their own 25. After 10 yards of Etienne runs moved the ball to the 35, Lawrence found Higgins for the second time on the day—this one, a 65-yard touchdown reception that extended the lead to 14-0.

The Gamecocks got on the board after the Tigers' first punt of the game was downed a their own 2-yard line, as a combination of Hilinski, backup quarterback Jay Urich and some wildcat of their own moved the ball to the Tiger 21-yard line. Parker White connected on a 39-yard field goal that cut the Tiger lead to 14-3.

The Gamecocks held the ball for only 52 seconds to open the second half before they were forced to punt to the Tigers.

Lawrence completed five of his first six passes to open the second half for 32 yards and the Tigers added 36 yards on the ground before Etienne's 2-yard touchdown run gave the Tigers a 31-3 lead.

Following the sixth punt of the day for the Gamecocks, the Tigers continued to add to their lead. With his second rushing touchdown of the day, a 3-yard scamper, Etienne became all-time conference leader in total TDs (57) and rushing TDs (53), and gave the Tigers a 38-3 lead over the Gamecocks.

"Travis Etienne is the all-time ACC touchdown leader, in both rushing and all-time touchdowns, but he is not good enough for the Doak Walker Award," Swinney said. "Somebody is missing out on a special career."

The Tigers travel to Charlotte to take on the Virginia Cavaliers next Saturday (7:30 p.m., ABC) in the ACC Championship.

"We've been battling all year for the chance to get back to Charlotte to compete for the ACC Championship," Swinney said.

CLEMSON FOOTBALL: Let's be clear, who wins matters all year

CLEMSON — It doesn’t matter if the Clemson Tigers and South Carolina Gamecocks are playing basketball, baseball, UNO or checkers, this rivalry…

COLUMBIA — Tavien Feaster has plenty experience in the Clemson-South Carolina rivalry, just not with this perspective.

COLUMBIA — Clemson head coach Dabo Swinney has not been a fan of the national media this season.

CLEMSON FOOTBALL: 'It is fun to watch you play quarterback'

COLUMBIA — The Clemson Tigers have a special talent in quarterback Trevor Lawrence, but his 2019 campaign may have shown just how special a ta…