TD CLUB: Simmons credits Woody Dantzler for prepping him to coach
0 comments
Share this
{{featured_button_text}}
1 of 2 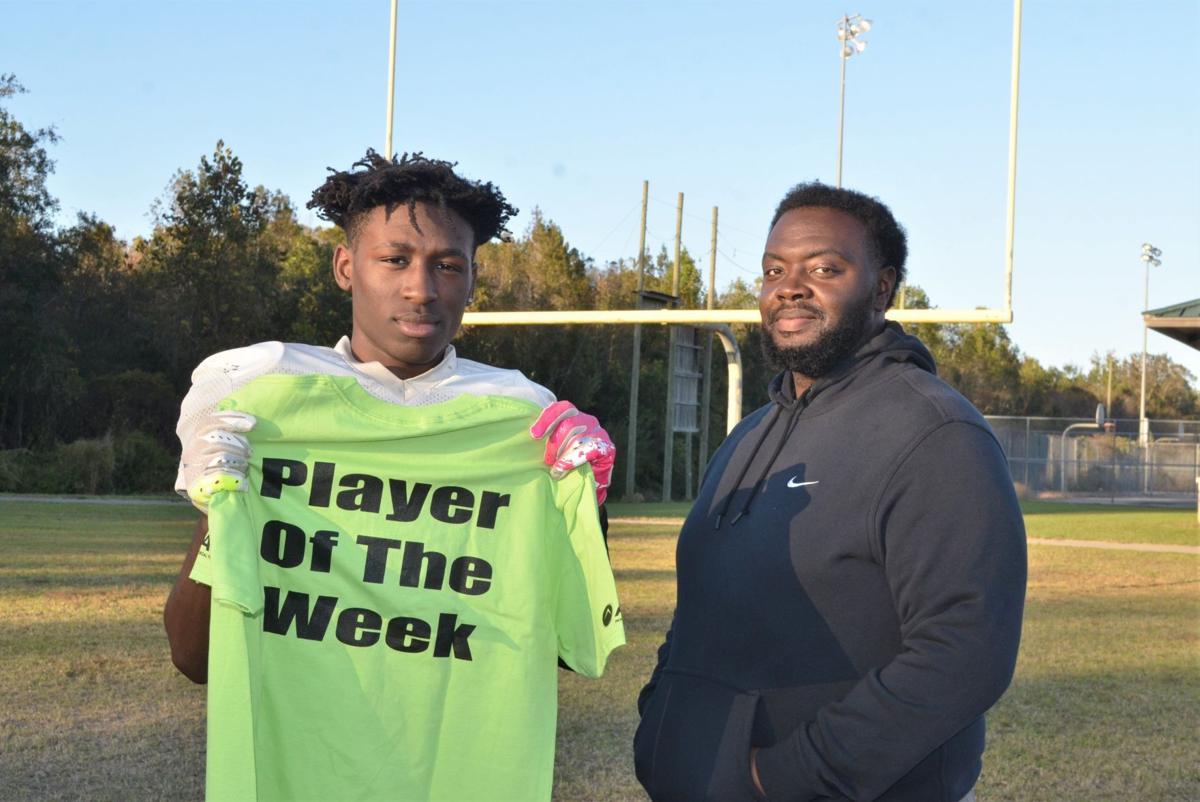 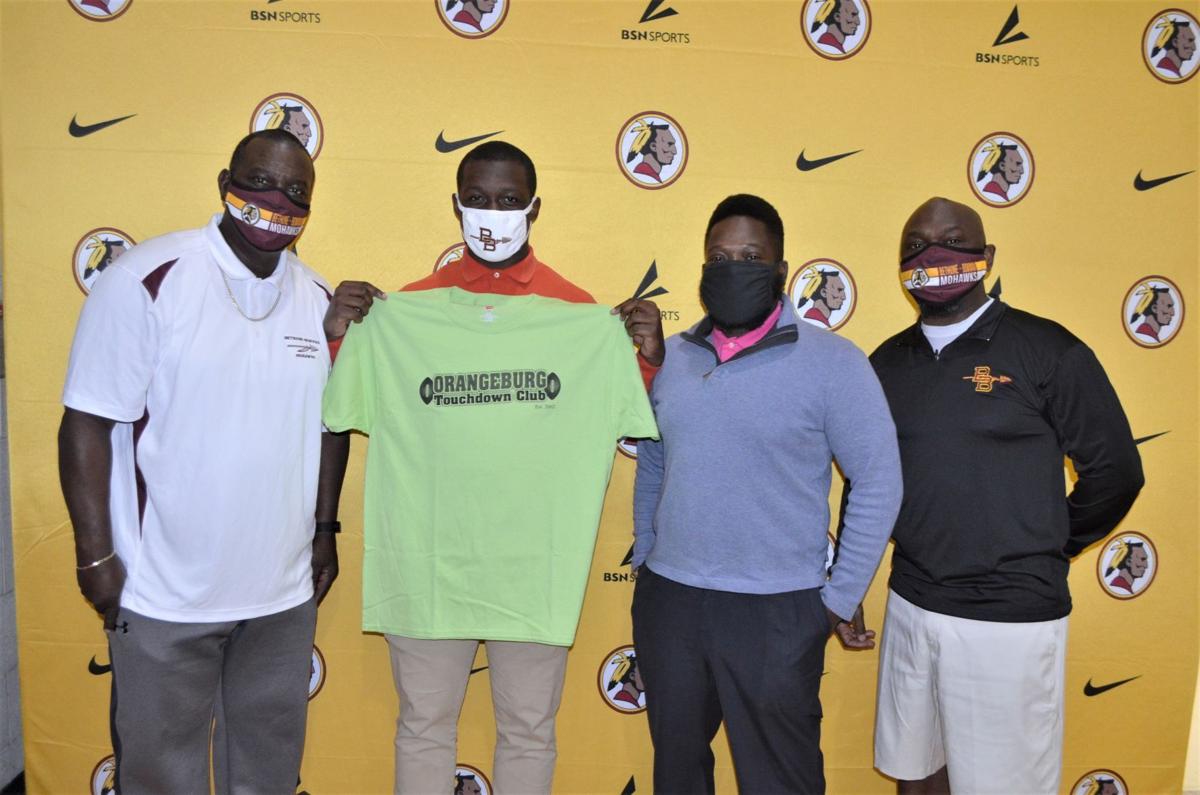 It's not common for college football coaches who are set to open the season with their teams facing each other to have many conversations during the off-season months, sharing laughs and coaching knowledge.

Also, Buddy Pough, head coach at South Carolina State, and Willie Simmons, head coach at Florida A&M, aren't common coaches who would let their rivalry in the MEAC keep them from conversing.

Pough invited Simmons, the former quarterback at Clemson and The Citadel, to be the guest speaker during Thursday's edition of the Orangeburg Touchdown Club meeting, via Zoom and FaceBook Live from The T&D FaceBook page.

The coach of the Bulldogs joked that Simmons' Rattlers were practicing on Monday and the FAMU coach wouldn't let him get a scouting report, when Pough called his phone. SC State continues quarantine from a single positive coronavirus case in the athletics department.

"We're still waiting to get out of this quarantine deal, we've been in quarantine for about a week and a half," Pough said. "Looks like we're going to come out of it this weekend.

"We've been able to do some conditioning with our athletic trainers, and stuff like that, but that's about it now. We're looking to get out of that deal and get ourselves up and running as a team in the next week or so."

This season's match-up between SC State and FAMU could be the last in the series for a while, as the Tallahassee, Florida school is leaving the Mid-Eastern Athletic Conference for the Southwestern Athletic Conference in the fall of 2021. The Bulldogs are scheduled to play host to the Rattlers to start the 2020-21 spring football season on February 20.

"Willie Simmons is one of the hot, new football coaches in the country now," Pough said. "It won't be long before he will be the head guy, maybe at Clemson, one of these days."

Simmons talked about how playing for Tommy Bowden at Clemson and Ellis Johnson at The Citadel, along with their assistants, prepared him for a career in coaching.

"Clemson had brought in Tommy Bowden, with the spread offense from Tulane, and I was excited, as a quarterback, to play in that offense," Simmons said. "I believed I could come in and be a 4-year starter.

"But, little did I know, they had a young individual from Orangeburg, South Carolina, by the name of Woodrow Dantzler (former Orangeburg-Wilkinson standout), who was waiting for a spread offense himself. He set the college football world on fire and had a phenomenal career. I enjoyed backing him up for 3 years, until I got my chance to start in 2002. I didn't play as well as I would have liked, and was benched 8 games into the season by Charlie Whitehurst, who went on to have a great career at Clemson and a 10-year career in the NFL."

Upon graduation, and an NCAA rule not allowing him to return home to play for the nearby FAMU program, Simmons played his final college season at The Citadel, earning all-conference honors in the Southern Conference. The Bulldogs' 6-6 record that season was the first non-losing season in 10 years.

Despite the fond memories of his playing days in the Palmetto State, Simmons doesn't like the record FAMU has facing SC State in football.

"The Bulldogs have had FAMU's number now 15 of the last 17 years," Simmons said. "The big victory we had last year, in the series, was only the second time FAMU has beaten South Carolina State since Coach Pough took over.

"Obviously, it's a great rivalry. FAMU has been a member of the MEAC since the late 1970s. But, we've had some well-documented financial struggles over the years, and a huge bulk of that comes from travel. The MEAC stretches from the state of Florida all the way up the Eastern Seaboard to Dover, Delaware. Those flights get pretty expensive. So, we just felt like it made more sense to be in a conference, like the Southwestern Conference, that is a lot more regional for us."

One thing Simmons, now 40, said he tells his players is that the on-field memories will fade through the years, and your stories of the past will "have you getting better" the older you get, but off-the-field friendships from college will be treasured for life.

"You always remember that first time you run down the hill as a Clemson player," Simmons said. "But, I have many friends from Clemson who never played football there.

"It's a special place, and there is a reason they are doing what they are doing (in football) now. There's just something, once you step on the Clemson campus, that feels like home. That's helped them grow to a national brand now. It was more of a regional brand when I was there."

Simmons still checks with Dantzler from time to time, as the two former quarterbacks discuss what the Tigers program has become. But, they still joke about how things were in their playing days.

"Whenever we talk now, Woody's question is 'how are you sitting there, watching film over and over again,' because Woody hated game film and all the intangible parts of playing quarterback," Simmons said. "He always came to the field with a great attitude, and obviously he was one of the most talented individuals I've ever been around.

"But, we played for a pretty intense coach, Rich Rodriguez (then offensive coordinator)... Rich was big on us knowing the (defensive) coverage. Woody would make a mistake or miss a read, and Rich would ask him, 'Woody, what's the coverage.' Woody didn't know. He didn't try to read the coverage. He was going to throw to the open man. I knew Woody was in the top 3 or 4 for the Heisman, and he wasn't coming out of a game no matter what he does. So I would stand behind Rich and put up a 1 or a 2 or a 3, so Woody could at least answer the question right in practice. I think Woody got me into coaching, because he would come off the field and ask me what I saw, before he would go to Coach Rodriguez or Coach (Mike) O'Cain. Without even knowing it, I was becoming a coach on the field, and that gave me a great foundation for communicating with the quarterback. I thank Woody all the time."

The gold chains DJ Uiagalelei wears around his neck and rubber bands around his wrist tell a lot about Clemson's freshman quarterback. 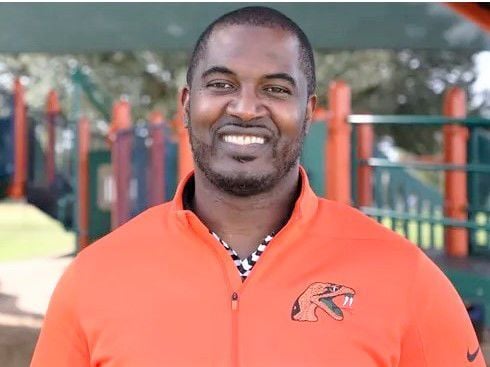