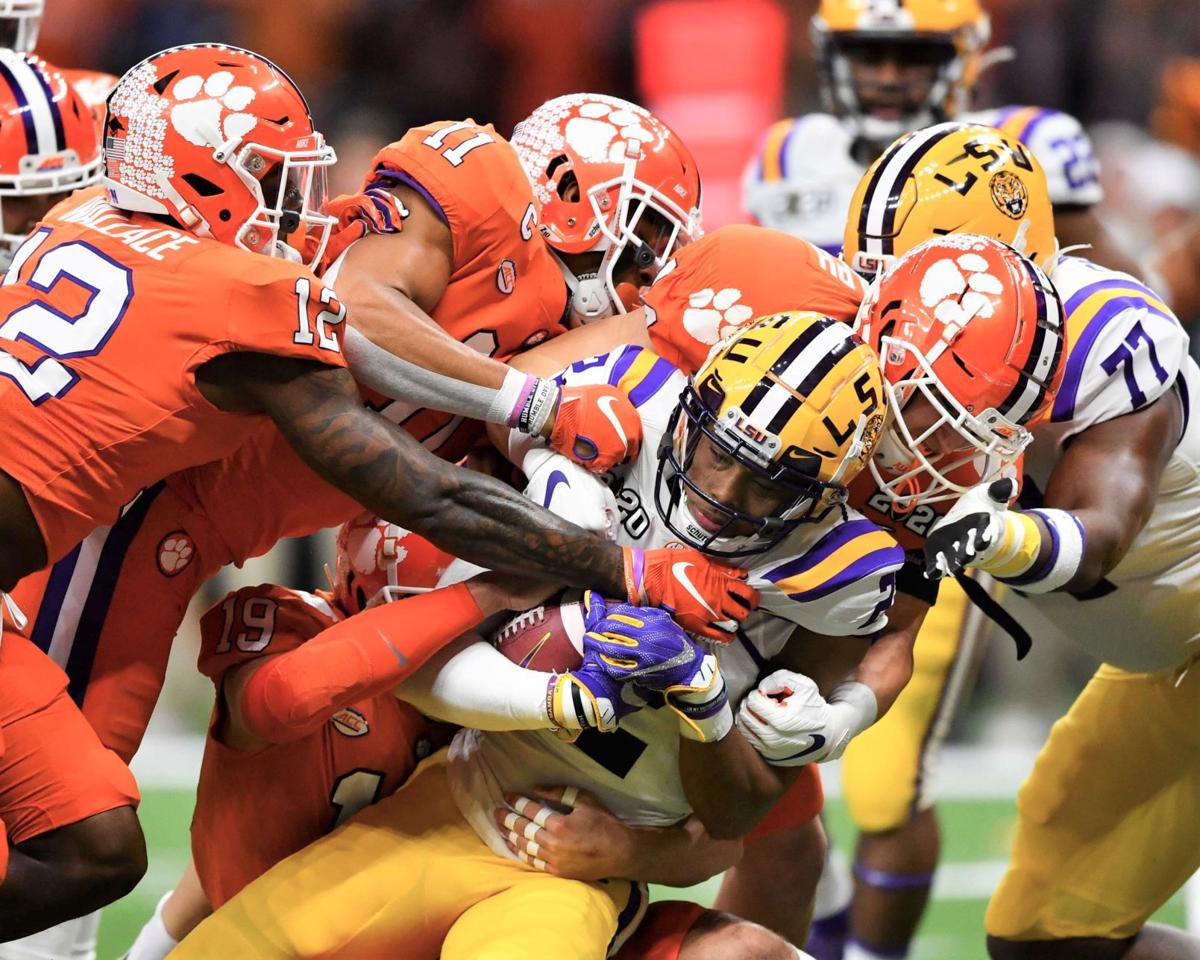 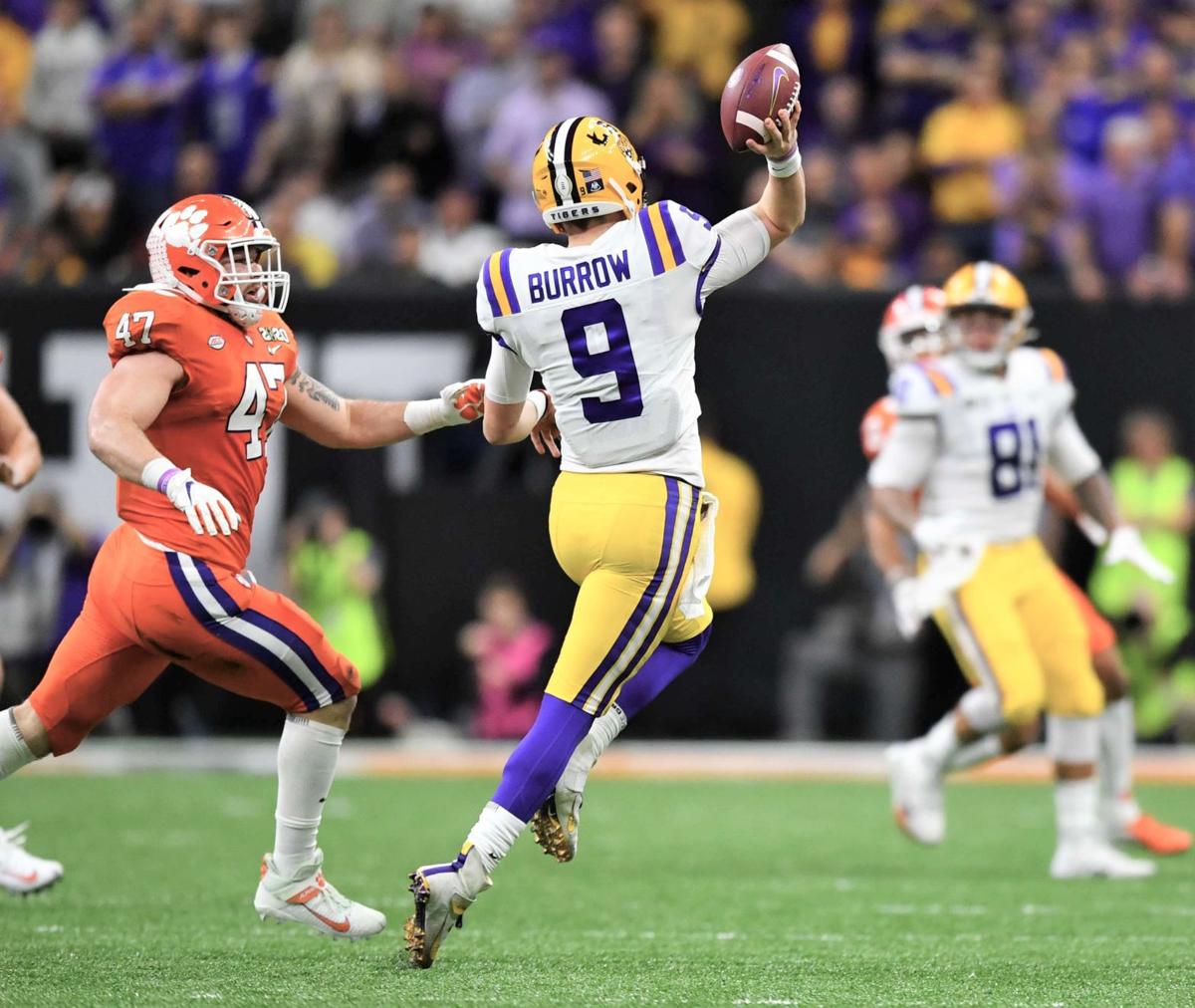 NEW ORLEANS — The Clemson Tigers' magical run of 29 straight wins came to a crashing halt Monday night in the Mercedes-Benz Superdome, as they were unseated as reigning national champions by the No. 1 LSU Tigers in the College Football Playoff National Championship by a final score of 42-25.

After a slow opening quarter, that saw the two teams combine for 14 points and 250 yards, the offenses, namely LSU's, caught fire in the second quarter — as both teams combined for 31 points and 395 yards of offense.

The problem for Clemson was that 21 of the points scored in the second quarter and 269 yards of the offense came from LSU and quarterback Joe Burrow.

Clemson quarterback Trevor Lawrence opened the scoring on a 1-yard touchdown run, his ninth of the season and 10th of his career. The lead was short-lived, as Burrow found Ja'marr Chase for a 56-yard touchdown.

CLEMSON FOOTBALL: Herbstreit and Fowler split on which team has edge at QB

But Burrow and company finished the first half outscoring the Tigers 21-0 and took a 28-17 lead into halftime.

"Great game. We had some bad field position in the beginning, but we started clicking on offense," LSU head coach Ed Orgeron said. "We figured out what they were going to do."

Burrow finished the first half with 270 yards passing, two passing touchdowns and a rushing touchdown.

"First of all, really sloppy finish there, third-and-19 and we get a bad PI (pass interference). Just not playing smart right now," Clemson head coach Dabo Swinney said. "They're going to make some plays. A couple of throws to No. 1 were just great plays. They've got great players. We had pretty good position, but just dumb stuff, man."

After Clemson forced a three-and-out to start the second half, Clemson went back to work. Led by Travis Etienne, who became Clemson's first 4,000-yard rusher in school history, Clemson marched down the field for six-play, 50-yard drive that culminated in Etienne 3-yard touchdown.

After a made two-point conversion, Clemson cut the LSU lead to 28-25.

LSU answered on their ensuing drive, as Burrow found Thaddeus Moss for a 4-yard touchdown pass, his fourth of the game, that capped off a six-play, 68-yard drive and extended the lead to 35-25.

LSU continued to extend the lead in the fourth quarter, as Burrow connected with Terrance Marshall for his fifth touchdown pass of the game, his 60th of the season, to cap off an eight-play, 57-yard drive that moved the lead to 42-25.

IN PHOTOS: Clemson falls to LSU in title game

The Clemson Tigers' magical run of 29 straight wins came to a crashing halt Monday night in the Mercedes-Benz Superdome, as they were unseated…