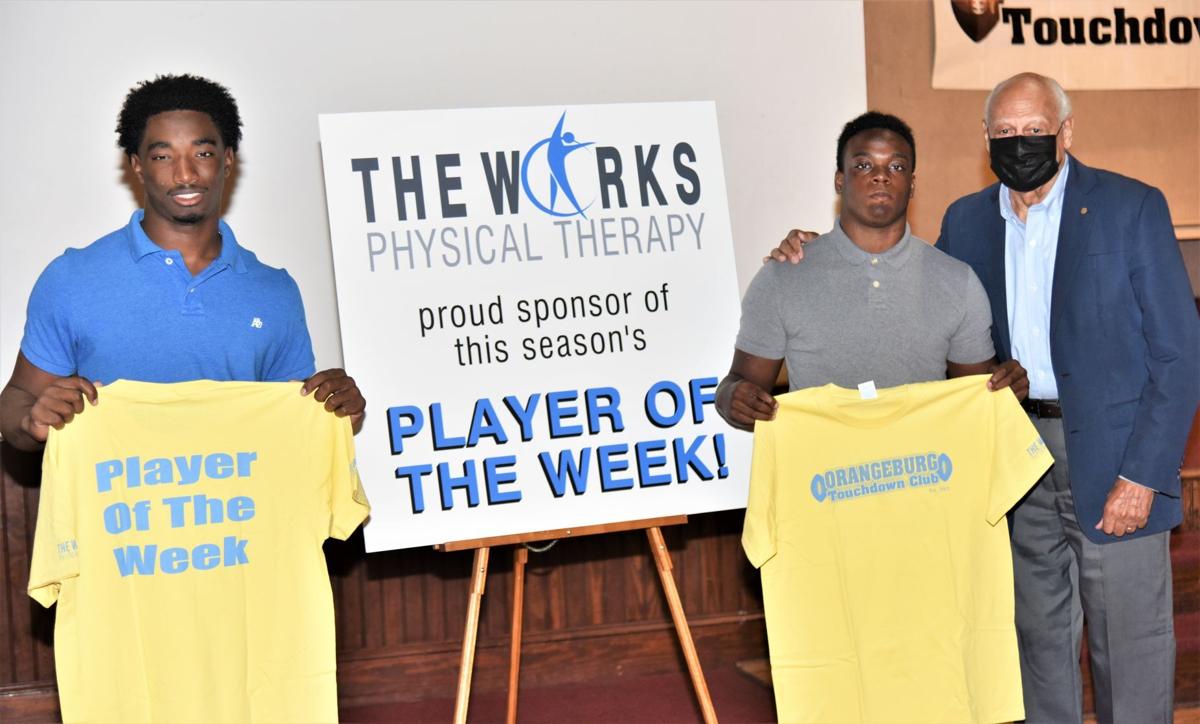 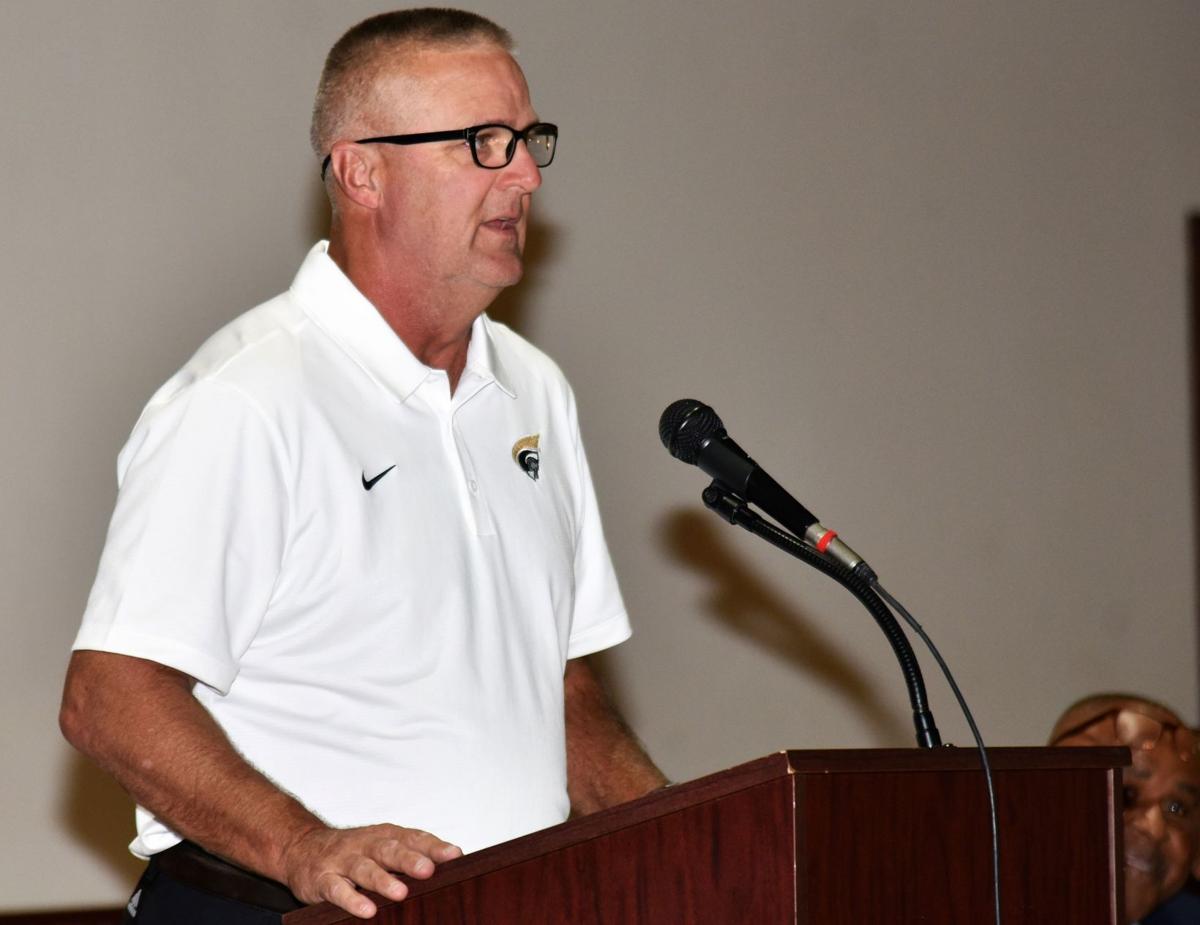 For the second time in his career, Bobby Lamb is building a college football team from scratch.

The former Furman and Mercer head coach talked about his new job with Anderson University at the Orangeburg Touchdown Club Thursday.

“Anderson College was founded in 1911,” Lamb told the group assembled at The Cinema. “So we’ve been undefeated since 1911. That’s the good news. The bad news is we’re scheduled to start playing in 2024, so I got three more years to stay unbeaten. Right now, it’s a good job, there’s no scoreboard and nobody bugging me about wins and losses.”

Lamb helped restart a Mercer program that had not fielded a team since 1941. The Bears spent the 2012 season as part of the Pioneer Football League before joining the Southern Conference in 2013. Lamb was let go after the 2019 season and spent last year as a part of Billy Napier’s staff at the University of Louisiana.

After a 10-1 season, Lamb said a number of opportunities presented themselves, but he returned to Greenville to help his father-in-law who was diagnosed with cancer.

“We left Lafayette in February,” Lamb said. “I eventually got involved with Anderson University, saw what they were doing and took the open position.”

Lamb was named the first head football coach of Anderson University in July. He told the group of the construction taking place on campus for what will eventually be the football stadium.

“In 2009, they bought the fairgrounds from the county and have turned that into their athletic campus,” Lamb said. “Currently there is a 12,000-square-foot building for men’s and women’s soccer and men’s and women’s lacrosse. There are also plans for a 36,000-square-foot facility for football. We are in the process of planning that now. Anderson has made a great commitment to do the things it takes to be successful.”

After taking the job, Lamb realized that Anderson University is the largest private school in the state of South Carolina with over 4,000 students.

“My number one selling point as a coach is we are 70% female,” Lamb said. “That’s a heck of a deal right there. We want to get a buzz about Anderson, but we also want to get more male students on campus.”

COMMENTARY: TD Club about football and the community

According to Lamb, he will not sign his first recruiting class until 2023.

“That first year, you get to recruit,” Lamb said. “Right now I have a staff of three ... me, myself and I. In January (2022) I will hire three new coaches, then the next January (2023) I will hire five more coaches and some graduate assistants.”

Lamb said that first class will gather in August 2023 and go through what he called a "practice year." He compared it to a golfer spending 365 days on the driving range and practice greens without ever setting foot on the first tee box.

“We will have to be creative,” Lamb said. “But it will be good chance to develop those kids, have them learn how to play football and have those players learn how to play together. Then the class of 2024 comes on board and we will have our first preseason camp leading up to our first home game Sept. 7, 2024. That’s the exciting news, but we still have a lot of work left to do.”

Lamb said the city is excited about what is happening at the university.

“There are a few things that happen when you start football,” Lamb said. “First, it connects the alumni back to your campus. We will have five or six opportunities each Fall to play in front of our fans. Second, it will help financially as those alumni will start to give back and lastly it will enhance school spirit and connect the university to the City of Anderson.”

S.C. State head coach Buddy Pough gave a report on the Bulldogs' first game against Alabama A&M and what his team can expect against Clemson Saturday.

“It was knock-down, drag-out type of game Saturday (against A&M),” Pough said. “We played fairly decent at times, but didn’t do as much as we needed to. I’m not particularly used to scoring 41 points and getting beat.”

Pough said Georgia didn’t do his team any favors by defeating Clemson 10-3 on opening weekend.

“After watching that film, both defenses (Georgia and Clemson) beat up on each other’s offense,” Pough said. “So now we get the chance to tangle with a wounded tiger.”

Pough also announced the return of his weekly radio show to be broadcast from D&B Fish and Barbecue in Orangeburg. Fans can ask questions on Facebook and Twitter while those in attendance can play spades and bid whist games. The show begins Thursdays at 7 p.m. and can be heard on 92.9 FM and 1580 AM.

Cuyler earned defensive honors after totaling 11 tackles, four solo tackles, two tackles for loss and a sack in the Gators 25-12 win over Scott’s Branch. On offense, Wright carried the ball nine times for 193 yards and three touchdowns in the Raiders win over Wardlaw Academy.

The Orangeburg Touchdown Club is scheduled to meet next on Thursday, Sept. 16, at The Cinema. The Citadel head coach Brent Thompson is scheduled to be the guest speaker.

Citadel head football coach Brent Thompson learned a number of lessons after trying to lead the Bulldogs during the pandemic season of 2020.