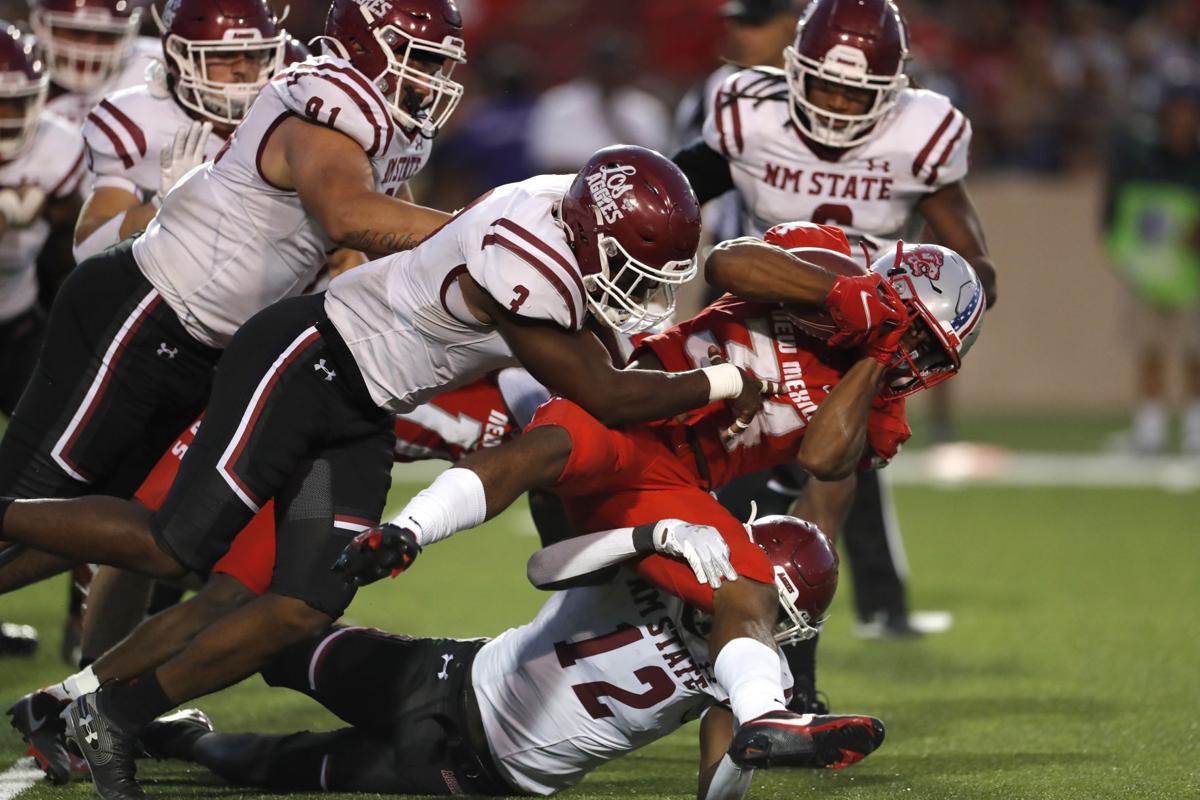 New Mexico running back Bobby Cole (34) is sacked by New Mexico State defensive back Caleb Mills (12) and linebacker Chris Ojoh (3) during the second half of an NCAA college football game on Saturday, Sept. 11, 2021, in Albuquerque, N.M. 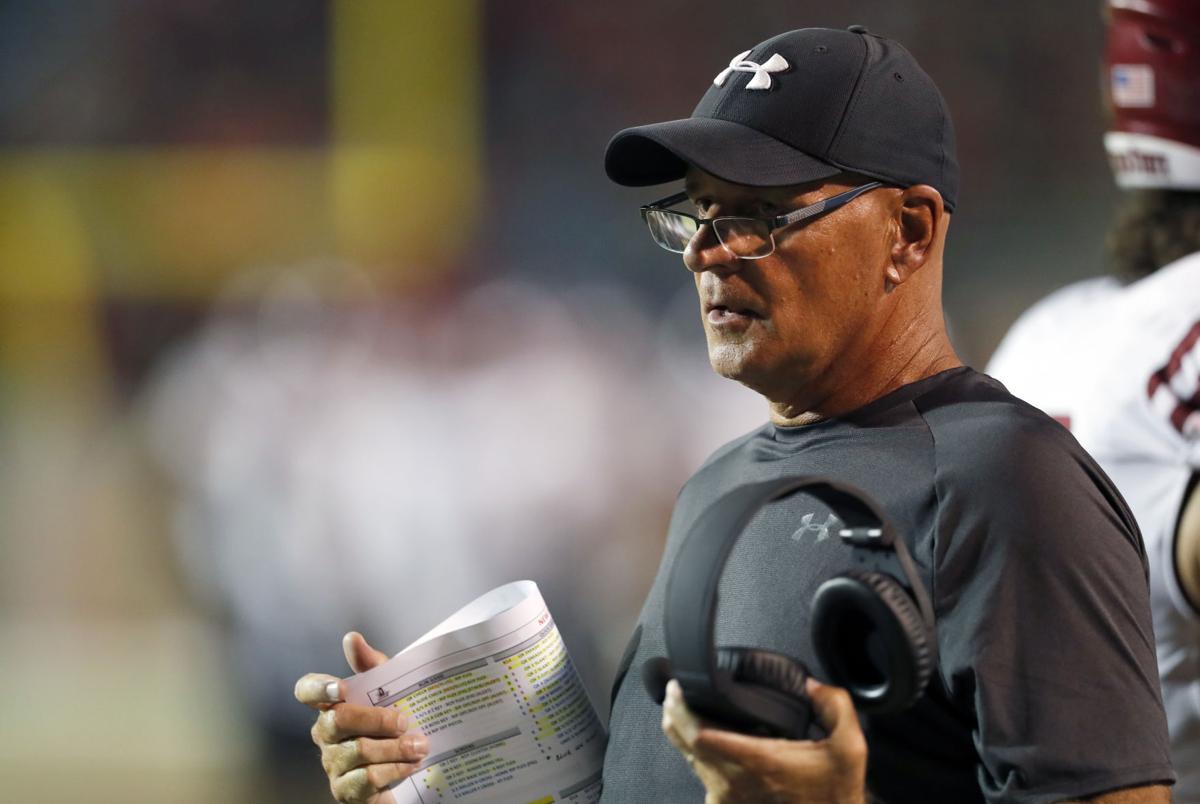 New Mexico State coach Doug Martin reacts from the sidelines during the second half against New Mexico.

With only 12 roster players with ties east of the Mississippi River, New Mexico State will truly get a first glance at South Carolina State football Saturday. night.

In preparation for the inaugural meeting, Aggies’ head coach Doug Martin has used team meetings this week to educate his players on their opponent’s tradition and history.

“That’s the very first thing I started off with Sunday,” said Martin during Tuesday’s Zoom press conference. “I think they’re well aware of now what they’re facing since they’ve gotten to see film. Also, it doesn’t take long for you to put the film on to see the types of athletes South Carolina State has and how well they’re coached and those types of things to know that you’re going to be in for the fight of your life. So they’d better understand that.”

Both teams are seeking their first victory of the 2021 season. Despite an 0-3 start, Martin called this season “the most enjoyable coaching year” he’s had in a long time because of the positive attitude displayed by the players.

Martin views this week as a “critical” game against a Bulldogs’ team he said matches up well with the Aggies even as a Football Championship Subdivision school.

The Ventura College transfer completed 13-34 passes for 192 yards, a touchdown and an interception and rushed for 46 yards.

"It was a great opportunity for me,” Maldonado said after the game. “I wanted to get out there and help my team get the win. We came up short, so it's time to get back to practice on Monday and get prepared for the next game. I am pretty comfortable with all of the offense. I missed a couple of calls tonight, but I'll get better with that. I will continue to improve all week and be 100% ready next week."

Martin expects to see a much-improved Maldonado going against an SC State secondary led by defensive back Decobie Durant. The reigning Mid-Eastern Athletic Conference Defensive Player of the Week has impressed Martin, who called Durant a “dynamic player” he compared favorably to the Aggies’ top cornerback Syrus Dumas.

“He’s a good cover guy,” said Martin about Dumas. “He keeps his hands on the ball. He’ll come up and tackle, he’s tough. He loves football and this guy’s got one of the best attitudes of any player I’ve ever been around. He’s fun to be around.”

Defensively, Martin said his team must avoid giving up the deep throws as it did against New Mexico. Watching film of SC State against Alabama A&M has Martin concerned about their offensive efficiency and explosiveness.

This is the second and final FBS game this season for SC State. It will receive $360,000 from New Mexico State, a week after Clemson paid the school $400,000.

CAROLINA FOOTBALL: 'We need all 11 to be involved in stopping the run'

Shane Beamer coached against Georgia multiple times during his career and spent two years of his career in Athens, so he’s very well-versed in…

S.C.STATE FOOTBALL: Bulldogs look to rush past the Aggies

After an 0-3 start that featured games against two FBS opponents and the defending HBCU national champion, South Carolina State will close out…

New Mexico running back Bobby Cole (34) is sacked by New Mexico State defensive back Caleb Mills (12) and linebacker Chris Ojoh (3) during the second half of an NCAA college football game on Saturday, Sept. 11, 2021, in Albuquerque, N.M.

New Mexico State coach Doug Martin reacts from the sidelines during the second half against New Mexico.