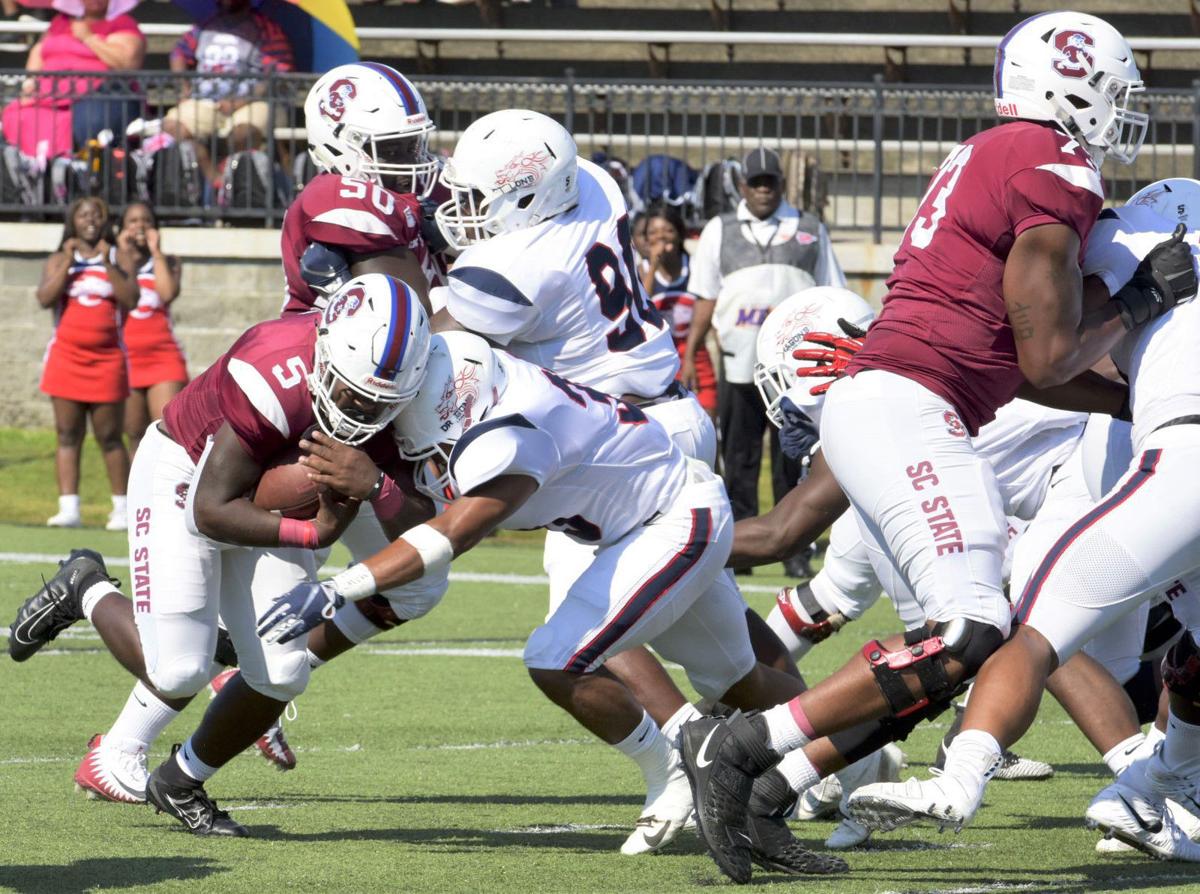 South Carolina State redshirt senior right tackle Alex Taylor (73), at right, seals off a block as tailback LaBron Morris (5) runs the ball in a 34-0 home win against Lane College on Saturday, September 7 in Orangeburg. Taylor, a projected NFL Draft pick, was named as a BoxToRow All-American on Wednesday. 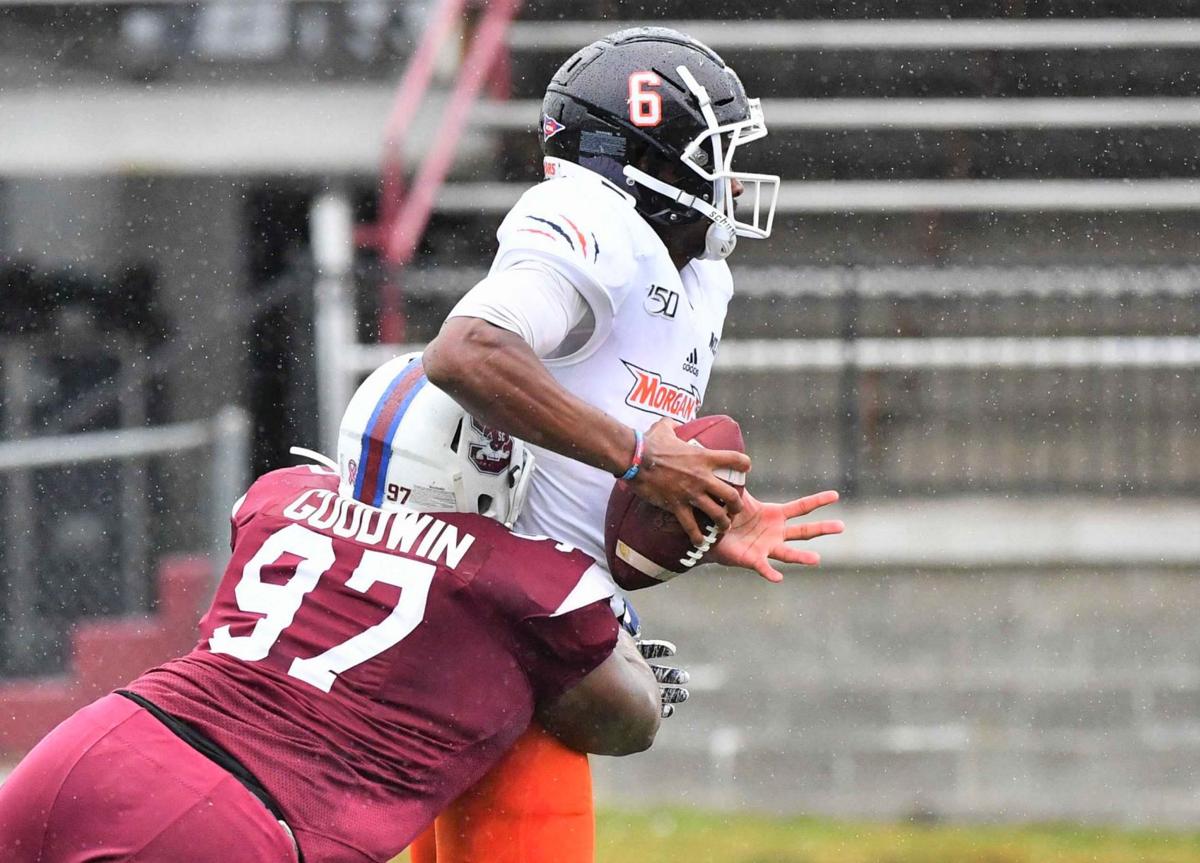 South Carolina State redshirt senior right tackle Alex Taylor (73), at right, seals off a block as tailback LaBron Morris (5) runs the ball in a 34-0 home win against Lane College on Saturday, September 7 in Orangeburg. Taylor, a projected NFL Draft pick, was named as a BoxToRow All-American on Wednesday.

The top two teams in the BOXTOROW Coaches and Media Polls combined to place eight players on the 13th annual BOXTOROW All-America team.

Alcorn State and North Carolina A&T placed four players apiece on the team. The two teams will play in the Celebration Bowl on December 21 in Atlanta. The game kicks off the college bowl season and will once again decide this year’s HBCU national champion.

Bowie State and Florida A&M each placed three players on the team, while South Carolina State had two players. West Virginia State placed linebacker Dustin Crouser on the team. Crouser leads the nation in solo tackles (77) and ranks third in the nation in total tackles (132).

It kicked off with a big home win against a nationally-ranked Wofford team, and it ended on Saturday in Virginia with a gutsy overtime win tha…

The BOXTOROW superlative awards will be released on Monday, December 16. BOXTOROW has administered the All-America team since 2007 and the voters are media members from around the nation who cover HBCU football, including Times & Democrat sports editor Chris Clark.

Tyrell Goodwin (Sr., 6-0, 265, Columbia) - First Team All-MEAC Selection, one of the leaders of the defensive front, fifth on the team in tackles with 11 starts this season. Ranked 4th in the MEAC and leads the team in tackles for loss with 15 for 67 yards, along with 39 tackles (24 solo), 5 sacks for 34 yards, 4 quarterback hurries, one forced fumble, one forced fumble and one blocked kick. Key part of a defensive front that ranked 2nd in the nation in tackles for loss.

Alex Taylor (r-Sr., 6-9, 310, Moncks Corner) - All-MEAC First Team selection, earned MEAC Offensive Lineman of the Week 6 times during the season. Graded out 90 percent or better all season on assignments, along with 42 pancake blocks. Spearheaded an offensive line that ranked 3rd in the MEAC in scoring offense, 3rd in touchdowns scored, and 4th in total offense with 4,050 yards. Selected to attend numerous postseason all-star games, including the Reese’s Senior Bowl.

What breed of puppy is perfect for you?