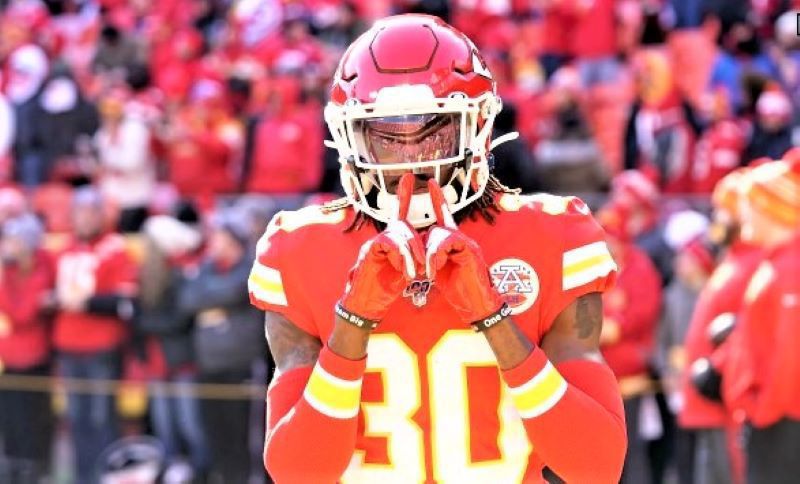 Former SC State standout defensive back Alex Brown (30) prior to his Kansas City Chiefs defeating the Tennessee Titans in the AFC Championship Game on January 19 in Kansas City. In his first season away from Orangeburg County, the former Lake Marion Gator will play in Super Bowl LIV on Sunday against the San Francisco 49ers. 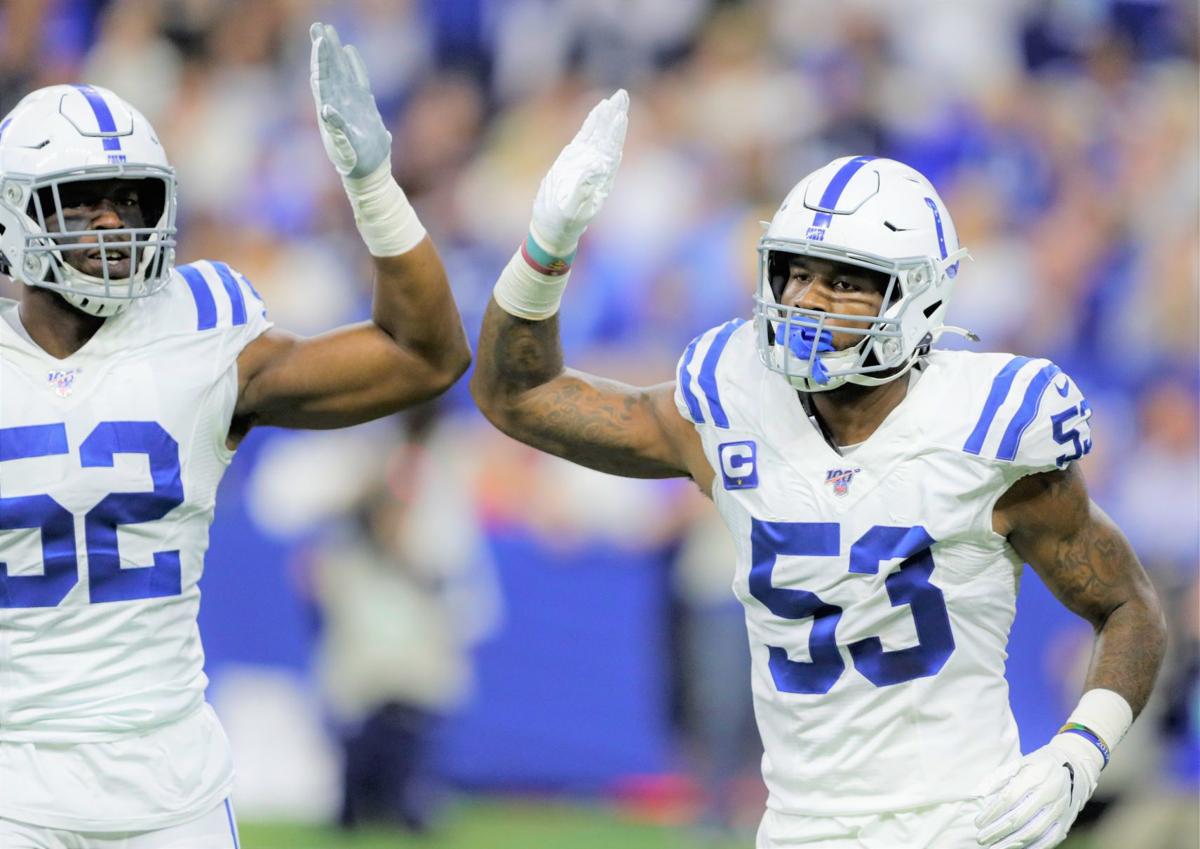 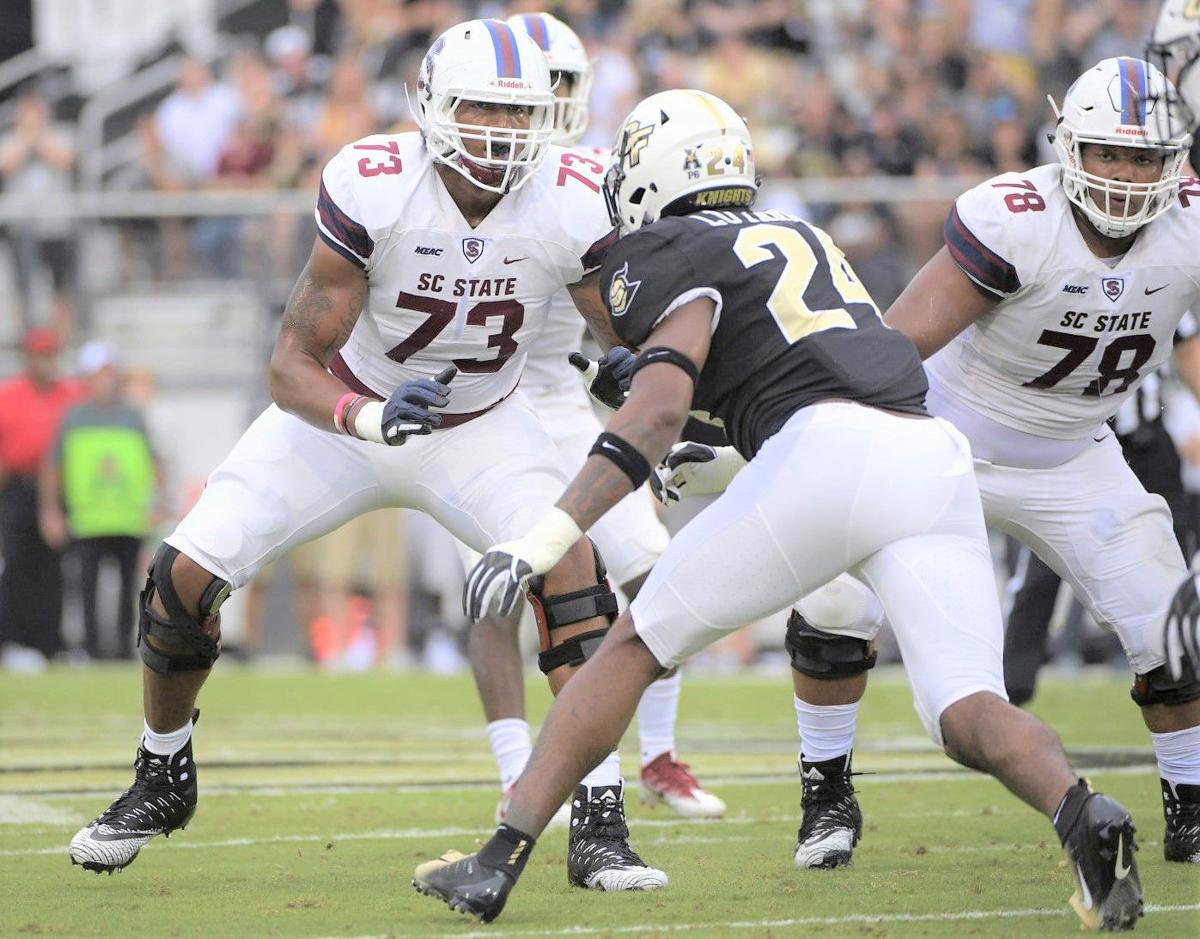 No other NCAA football program on the Football Championship Subdivision level ended 2019 and started 2020 like this.

But no other program is quite like the South Carolina State Bulldogs, the current Mid-Eastern Athletic Conference co-champions.

Four former SC State football players have combined to hit a superfecta of sorts recently, with one named to the 2020 class for the Pro Football Hall of Fame, one displaying top measurements at the Senior Bowl, one making his first NFL Pro Bowl and one set to finish his rookie season by playing in Super Bowl LIV on Sunday night.

"A lot of it came out of the blue for us," SC State head football coach Buddy Pough said this past week. "It started with our season, which -- although we had pretty high hopes -- was a little bit of a surprise. Fortunately, we were in it, knocked out of it, then got back in it to win a share of the (MEAC) title."

Less than a month after the Bulldogs finished an 8-3 campaign with a win at Norfolk State, former SC State linebacker Darius Leonard was named to his first NFL Pro Bowl in just his second season in the league.

A season removed from his NFL Defensive Rookie of the Year win in 2018, Leonard led the Indianapolis Colts in tackles (104) and interceptions (4) in 2019, returning one pick 80 yards for a score against Tampa Bay. He also ranked second on the team with five sacks and added two forced fumbles.

Leonard played on the winning AFC team in the Pro Bowl in Orlando, Florida on Sunday, Jan. 26.

"Darius was the odds-on favorite to get to this level; he is the real deal," Pough said of the disruptive defender who also goes by the name Maniac. "I'm looking forward to seeing where he is in three or four years. He is just scratching the surface of what he can be, learning schemes and all that in the NFL. He got drafted the highest of anybody since we've been here (coaching).

"Linebackers seem to develop over time. He has had a tremendous couple of years, even after getting banged up some this year (with a concussion). He has caught the eyes of his competitors."

Leonard also caught the attention of Pough and others as they were catching flights out of Charlotte, N.C., a weekend ago. Leonard was on his way to Florida for the Pro Bowl, while Pough was headed to Mobile, Ala., to see former Bulldog offensive lineman Alex Taylor play in the Reese's Senior Bowl on Saturday, Jan. 25.

Having left the football team at Appalachian State to transfer to SC State and play basketball, the 6-foot-8 1/2 Taylor from Moncks Corner didn't plan to play football again.

But he left the court and joined the Bulldogs on the field for the 2018 and 2019 seasons, earning BoxToRow All-America honors this past season.

"If there's ever a guy who is fortunate, it's Alex Taylor," Pough said. "We had to beg him to come out and play football. I always pick at him, since he said folks at Appalachian were mean to him. But then he said running those 'suicides' in basketball were tougher and became a defining moment in his life. So he came out for football.

"From the first day, he wasn't bad. But, as the season went on, he kept getting better and better. I really started to like how he played. At the Senior Bowl, he showed he can play at that level, as long as he doesn't have to block (highly-rated South Carolina defensive tackle product Javon) Kinlaw all day. But nobody can block that guy."

At the Senior Bowl, Taylor topped the charts in measurements for tallest player, longest arms (36 1/8 inches) and longest wingspan (88 inches).

“Typically, you would want to draft a guy like this in the third or fourth round, make him a developmental player, try to add some weight to him,” ESPN draft analyst Todd McShay said of Taylor during the Senior Bowl practice broadcast. “… But I could see him going at some point in the second round, just because he’s so long.

"We saw that last year; a number of teams traded up for (offensive) tackles.”

Taylor and Bulldog Nation will have to wait until late April to find out which NFL team selects him in the draft. Fortunately, it won't be as long of a wait as former Bulldogs standout and current vice chairman of the South Carolina State University Board of Trustees, Donnie Shell, endured for his selection to the Pro Football Hall of Fame, 33 years after his retirement from the game.

On Jan. 15, the Pittsburgh Steelers defensive star from the "Steel Curtain" years was named along with 13 others to the hall of fame's centennial class. The class of 2020 will be formally enshrined into the Pro Football Hall of Fame on Saturday, Aug. 8. Shell will join three others from S.C. State in the hall of fame: Harry Carson, David “Deacon” Jones and Marion Motley.

"Donnie got into the hall of fame, and we thought he should have been in years ago," Pough said. "Everybody is really proud of Donnie. He has been a statement for years and years about how we all should do things: a tremendous college career and played forever in the league, great post-playing career, and has been on our board of trustees for a few years now, doing what's best for our university.

"He had the (NFL statistical) numbers, but it wasn't happening. So it was a bit of a surprise that it finally happened for him."

Speaking of the unexpected, Alex Brown has had one of the most unpredictable, eventful and interesting undrafted rookie free agent seasons in recent memory.

The former Lake Marion Gator finished the 2018 season as a top defensive back for the Bulldogs. Now, after spending time on practice squads for the Eagles and Jets around midseason, he is the only player to have started the 2019 season with one team that is in the Super Bowl (the San Francisco 49ers) only to finish the season with the other team set to play for the title.

Brown is on the active roster and will be in uniform to take the field for the Kansas City Chiefs in Sunday's big game.

Brown will be the 12th SC State alumnus to play in a Super Bowl, the first Bulldog product to do so since Christian Thompson, also a defensive back, made an appearance with the Baltimore Ravens in Super Bowl XLVII. Prior to this season, SC State players have played in 18 Super Bowls. On three occasions, the Bulldogs were represented on both squads.

"Alex Brown is probably the biggest surprise of them all for us recently," Pough said. "He came totally out of the dark and is getting it done. He had a good pro day last year, after having a good season, but he was still a little undersized and not the fastest guy. But he played his butt off.

"We thought he was a long shot at best. He was on and off a team, then on again as a free agent. We had a Jets scout on campus one day and he said they were glad to have Alex on the team. By the end of the day, they had let him go. He has been all over, and then he calls and tells me Kansas City is activating him to the active roster, and I thought he was lying or joking. But he made it. That's the neatest story of all."

Pough admits he normally watches the Super Bowl each year but doesn't normally have a specific interest in the outcome.

"Ordinarily, I'm just watching and don't care all that much," he said. "This year, I have an actual rooting interest. This might be fun.

"Our routine is known now, all of our guys have a great work ethic and are guys who persevere and don't give up. If you give them any chance to hang in there, they love the game and they will do what it takes. Those attitudes and methodologies lend to teams understanding they want to have our guys around."

Other former Bulldog football standouts are still making their way in the NFL, including Javon Hargrave (starting defensive tackle in 27 of 32 games for the Pittsburgh Steelers in his first two seasons in the league), Joe Thomas (five-year NFL veteran who played in 15 games in 2019 as a linebacker for the Dallas Cowboys), Antonio Hamilton (a cornerback who just finished his fourth season in the league, playing for the New York Giants) and Temarrick Hemingway (recently signed to a reserve future contract with the Carolina Panthers, after spending 2019 on their practice squad).

*Arther Love was with New England and earned a ring in Super Bowl XXXVI, but was not on the active roster for the game

GREENSBORO, N.C. — Junior guard Rayshawn Neal came off the bench to finish with a team-high 17 points in South Carolina State’s 78-63 loss to …

De’Montrez Burroughs looked at it as his best shot to accomplish his NFL dream.

It is late April, but unlike any spring South Carolina State head football coach Oliver "Buddy" Pough has ever experienced in his 18 years lea…

Former SC State standout defensive back Alex Brown (30) prior to his Kansas City Chiefs defeating the Tennessee Titans in the AFC Championship Game on January 19 in Kansas City. In his first season away from Orangeburg County, the former Lake Marion Gator will play in Super Bowl LIV on Sunday against the San Francisco 49ers. 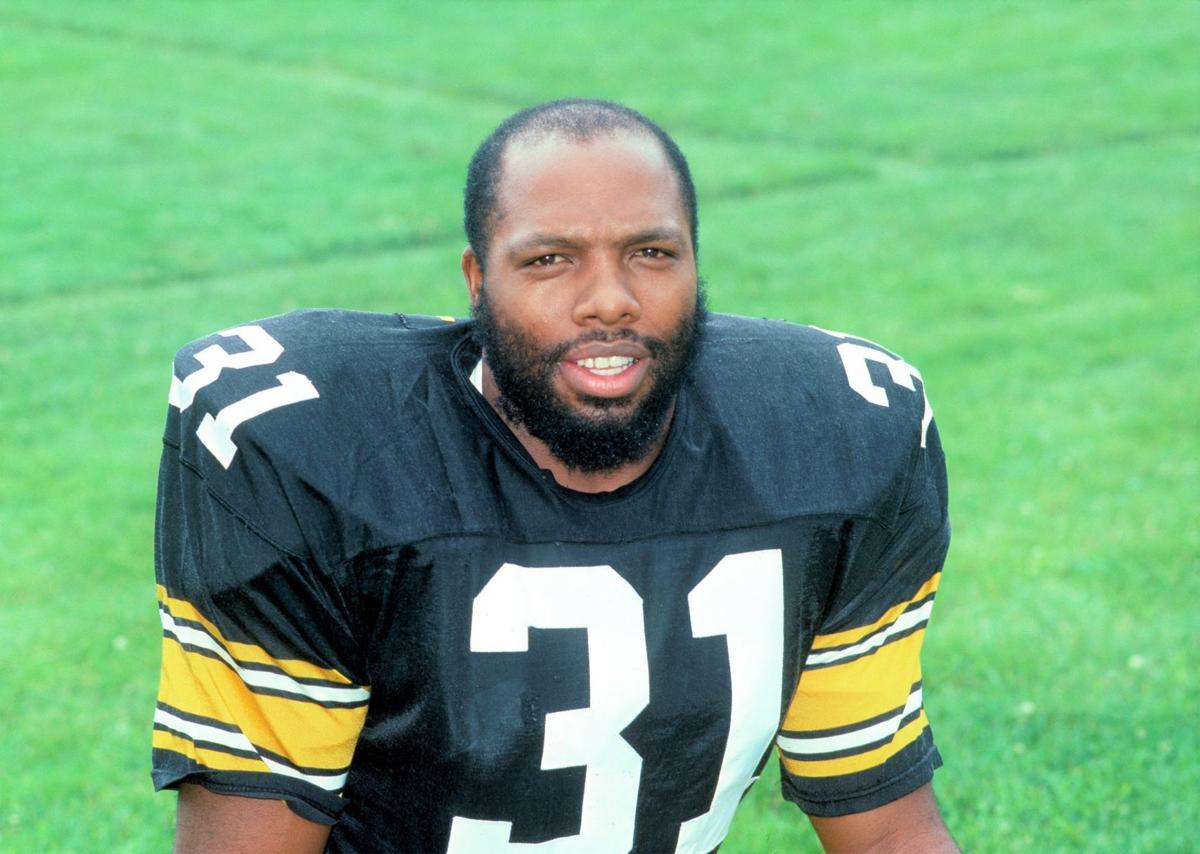 Pittsburgh Steelers safety Donnie Shell, a former standout SC State player and a member of the 2020 Pro Football Hall of Fame class, is shown in this 1985 file photo.