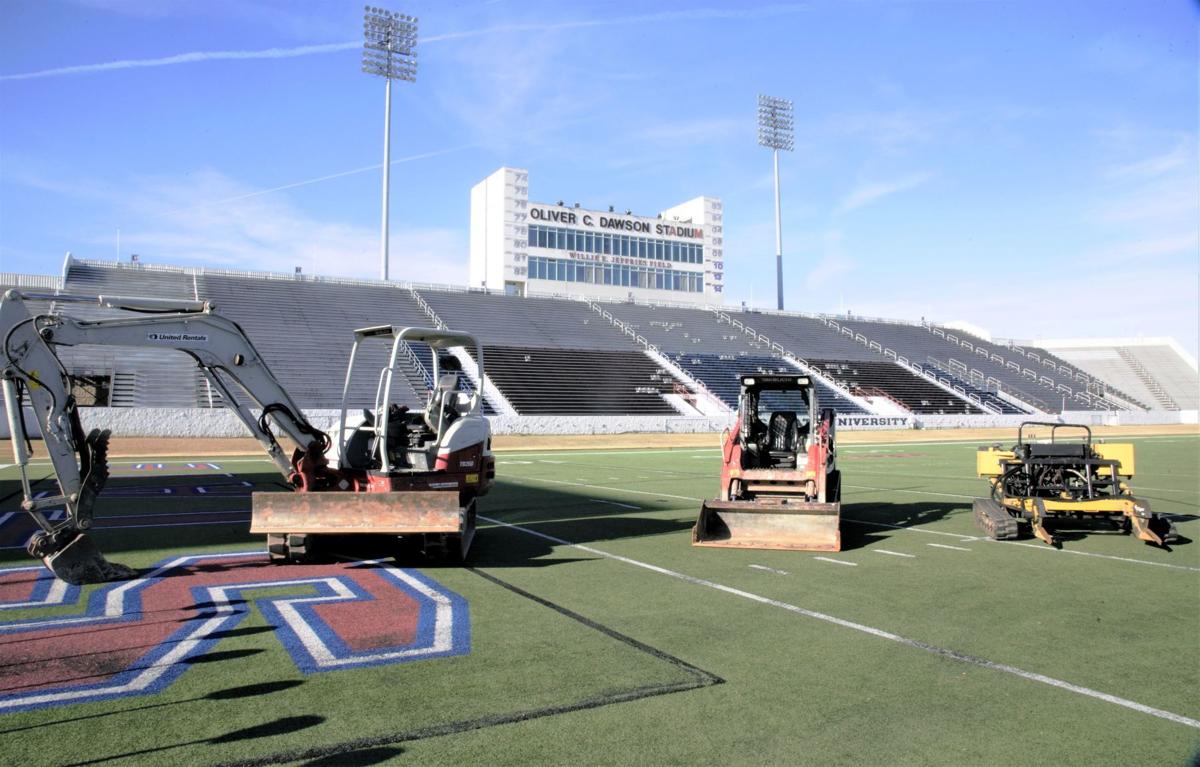 Construction machinery is present as the Department of Athletics at South Carolina State University hosts a celebratory groundbreaking on its new stadium turf-replacement project. 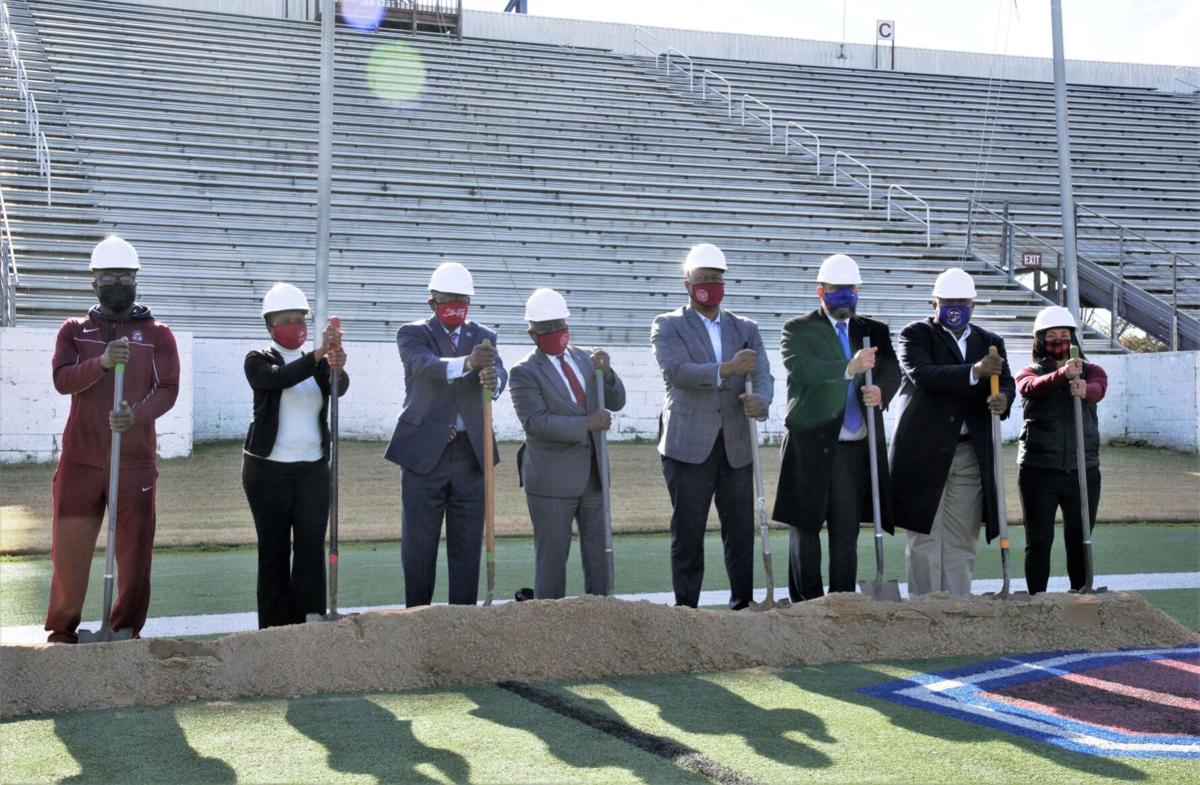 BILL HAMILTON Special to The T&D

The resurfacing of Willie Jeffries Field will begin immediately and is scheduled for completion in early February, according to Bulldog athletics director Stacy Danley.

Funds for the $353,000 project were raised through private donations from alumni and others via the RISE (Renovate, Innovate, Scholarship and Excellence) Major Gift Initiative spearheaded by Danley and Kemberly Greene, assistant athletics director for development and community relations.

Over $2.3 million has been raised with pledges and one-time gifts through the initiative, which will also fund the enhancement of other S.C. State facilities, including resurfacing the Bulldog track and field complex, Danley said.

“It’s a great day for Bulldog athletics,” Danley said in greeting the attendees at the ceremony, which was streamed live. “What a journey it has been since I had a vision to make the (athletics) department at S.C. State one of the premier programs in the country. And I want to thank all of our donors for believing in us.

“The greatest impact of this project is to enhance the welfare of our student athletes,” said Danley, who is in his third year as Bulldog athletics director. “Our effort began some two years ago and I’m proud of this moment and especially happy for our student athletes.”

Attendees included a number of RISE donors, school administrators, athletic department staff, students, alumni and community supporters. Over 80 people participated virtually through Zoom and others viewed the proceedings through Facebook and YouTube.

Clark hailed the initiative, which will make participation by S.C. State athletes and visiting athletes safer and healthier.

“S.C. State has been a beacon for preparing young people seeking to get an education and enjoy stellar experiences,” Clark said. “And athletics has been at the core of notoriety that the university has enjoyed. And it’s a tribute to the accomplishments made by our athletes and coaches. I am excited about this project, with it being the first of several that will enhance the experience of our athletes.”

Also making remarks during the ceremony were Jenkins, Bradley, Pough, Sherwood, Simmons and Coach Willie Jeffries, who participated via Zoom.

The turf being replaced at Willie Jeffries Field was installed prior to the 2006 football campaign. Shaw Sports Turf of Calhoun, Georgia, is in charge of the project.

Consultant: Move ahead on plans for S.C. State

The South Carolina State University trustees were encouraged Monday to put their plans into action.

South Carolina State has a storied history in football, including a growing and glowing legacy in professional football’s biggest game – The S…

Construction machinery is present as the Department of Athletics at South Carolina State University hosts a celebratory groundbreaking on its new stadium turf-replacement project.