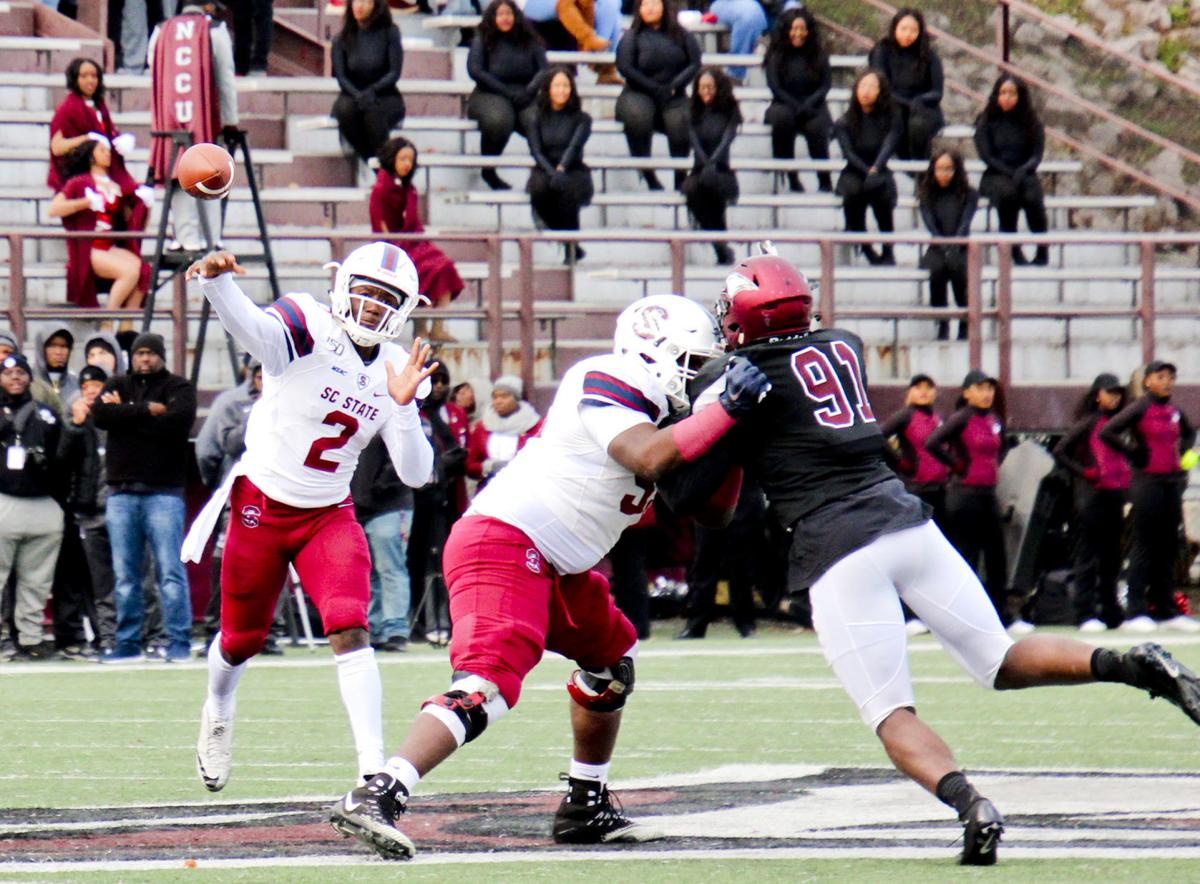 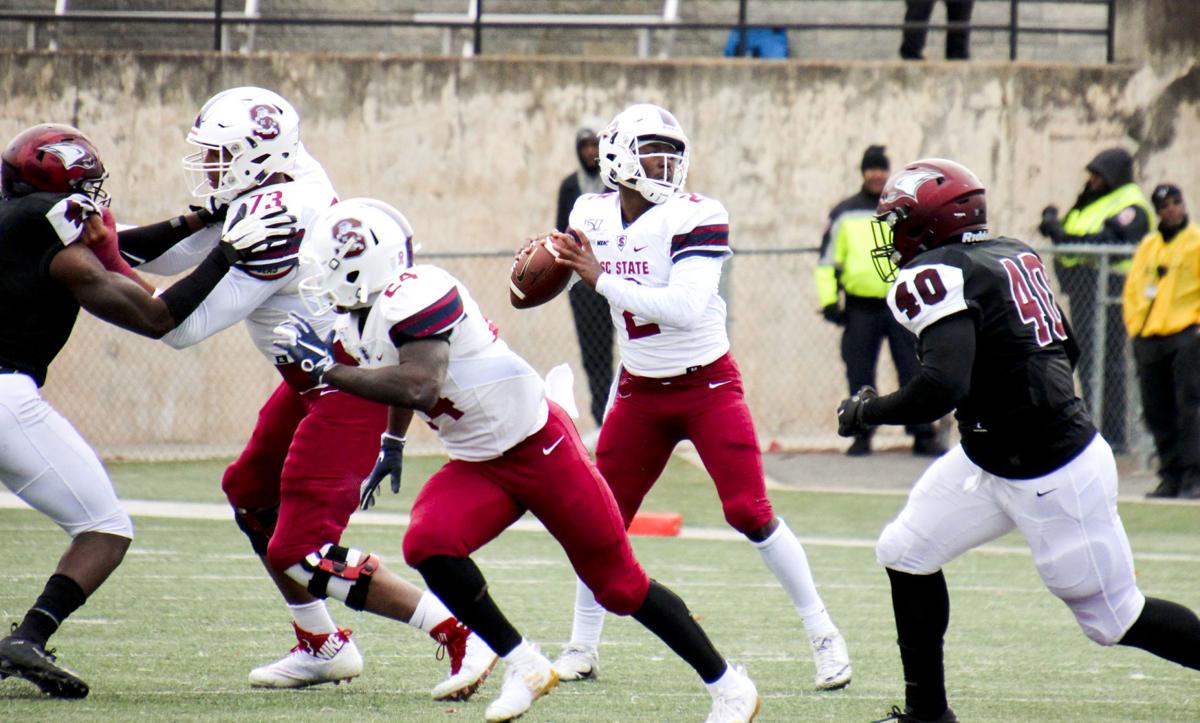 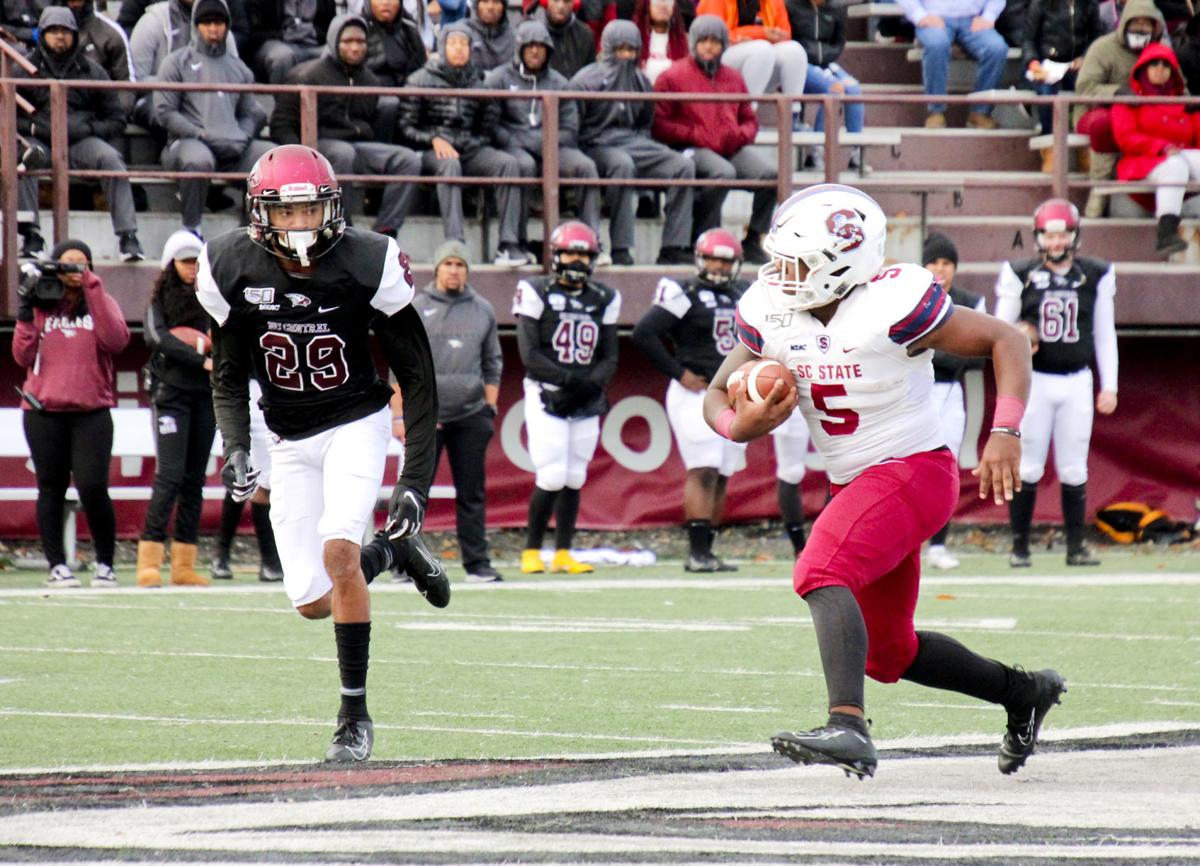 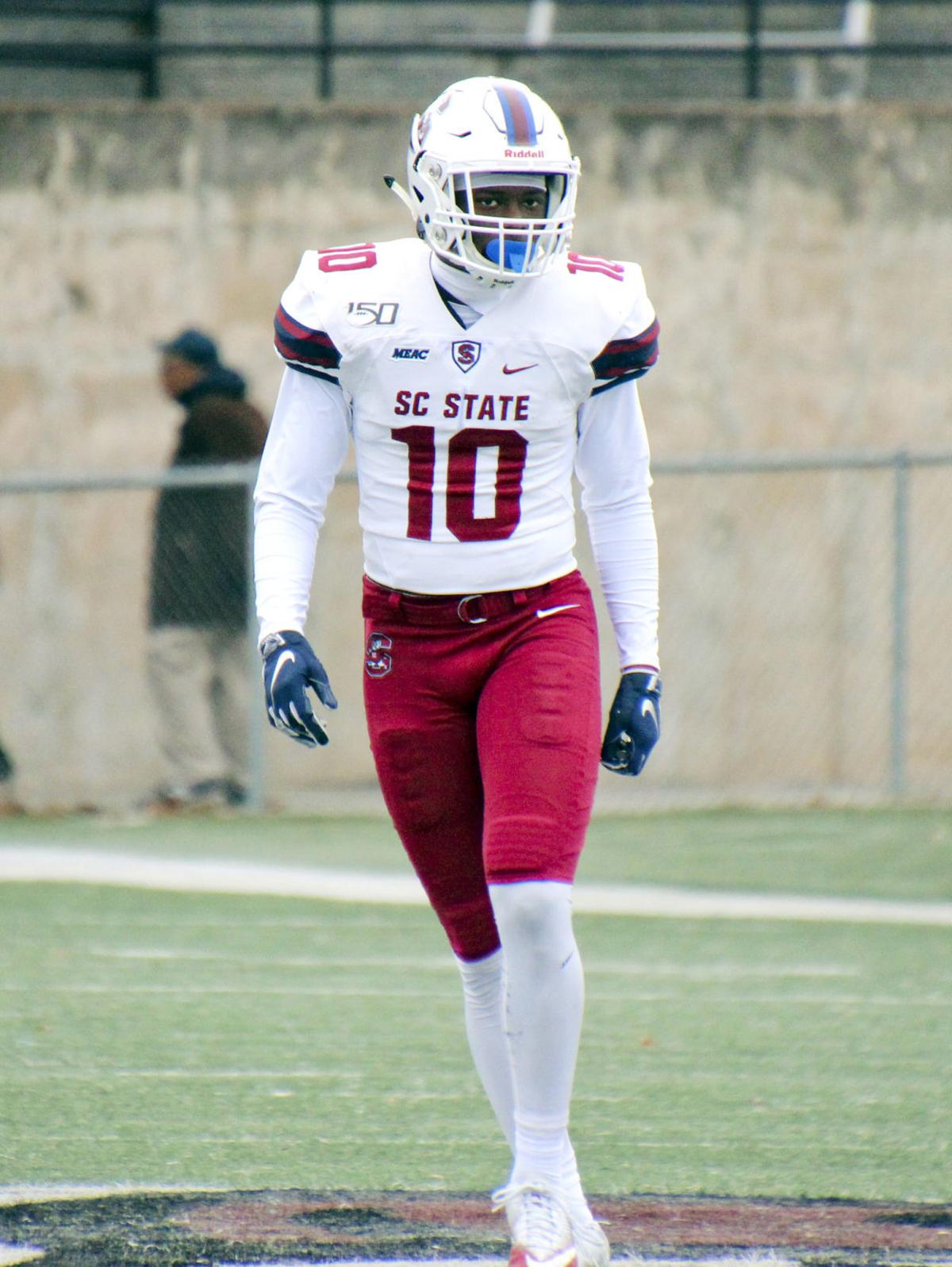 “Big win today on the road,” said head coach Buddy Pough. “I told my guys all along we controlled our own fate. All we have to do is win one game at a time. I have to take my hat off to NCCU. Despite the score, they gave us trouble in all areas, but I am glad we were able to hold tight and come away with the win.”

Senior wide receiver De’ Montrez Burroughs set yet another school record tying for most touchdowns in a season (13) and career (20) after a 25-yard touchdown reception from redshirt freshman quarterback Corey Fields at the 13:06 mark in the first quarter.

Morris gave the Bulldogs a 14-0 lead on a 3-yard punch with 0:35 seconds remaining before the half. Burroughs and redshirt Shaquan Davis suffered injuries midway through the second quarter and did not return.

In the second half, South Carolina State continued to control the tempo after sophomore Dillon Bredesen nailed a 44-yard field goal, his longest of the year to push the lead to 17-0 with 5:09 remaining in the third.

Morris’s 2-yard run with 0:56 seconds left gave the senior his second rushing touchdown of the day and the Bulldogs a commanding 24-0 lead.

Despite the loss, NCCU held South Carolina State to 42-yards passing on the day. The Bulldogs managed to control their own destiny on time of possession at 35:29.

Sophomore defensive back Jaydon Brunson led the defense with a team-high seven tackles and one forced fumble, while senior linebacker Chad Gilchrist added six in the win.

Graduate student Cliff Benjamin Jr. had a solid day punting with nine punts for 337-yards and an average of 37.4 yards per punt, along with four inside the 20 and two touchbacks,

With the win, South Carolina State is tied for first place with North Carolina A&T in the league at 5-2 in the MEAC. The Bulldogs need a win next week and an N.C. A&T loss to NCCU to capture the MEAC title outright.

N.C. A&T holds the tie breaker if both teams finish the conference at 6-2 overall.

South Carolina State closes out the regular season on the road against Norfolk State Saturday at Dick Price Stadium. Kickoff is set for 2 p.m. and will be televised live on ESPN3.

SC STATE FOOTBALL: Bulldogs excited to be in contention

What a season it has been for head coach Oliver “Buddy” Pough and the South Carolina State Bulldogs. Pough set the record for the most wins by…

Some college football teams find themselves with little more than a win to play for in their final game of the regular season.