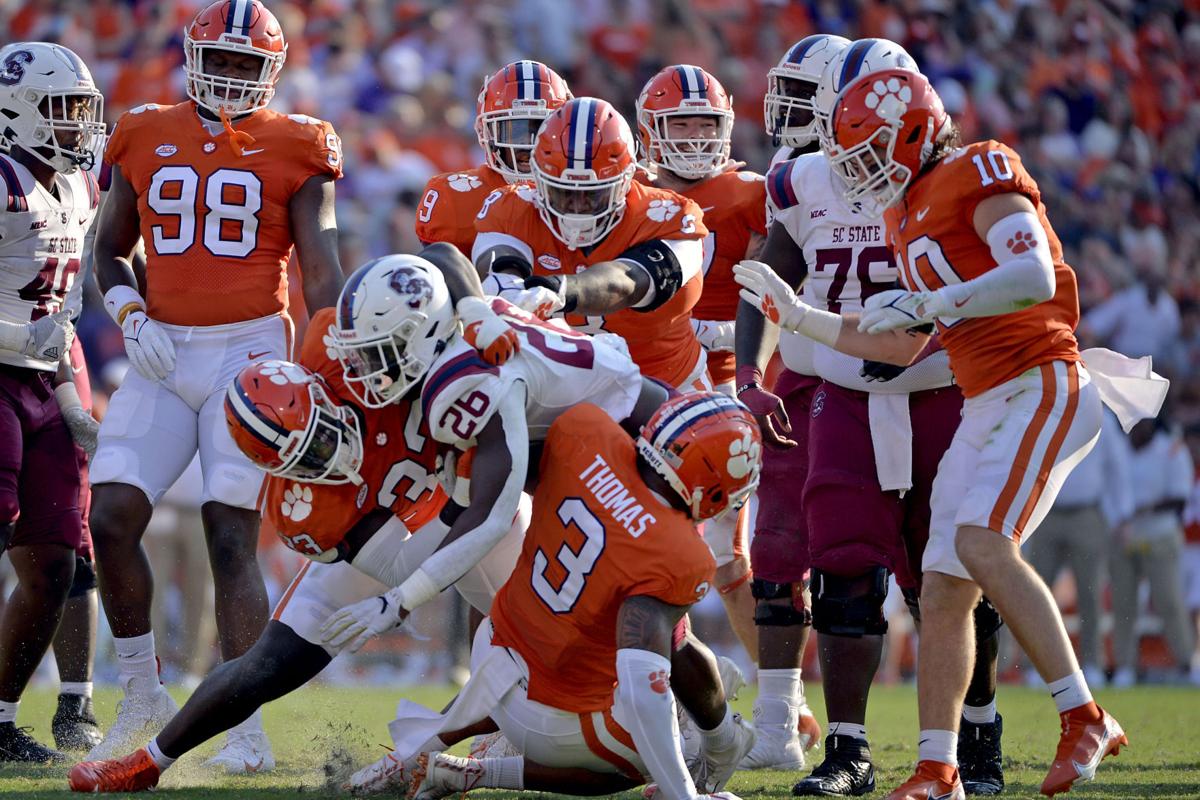 South Carolina State running back Kendrell Flowers (26) is tackled in the first half of an NCAA college football game against Clemson on Saturday, Sept. 11, 2021, in Clemson. 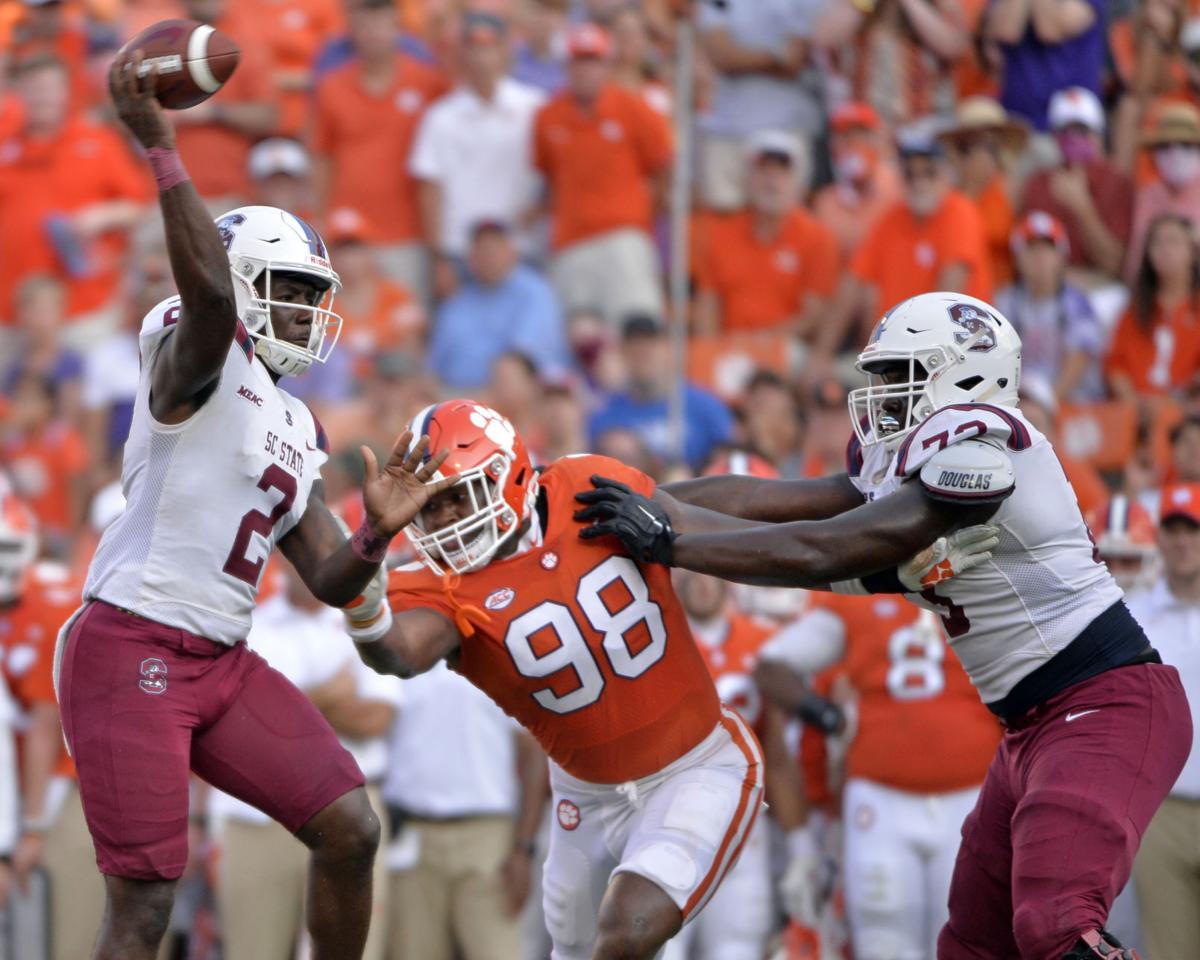 South Carolina State quarterback Corey Fields (2) passes the ball in the first half of an NCAA college football game against Clemson on Saturday, Sept. 11, 2021, in Clemson.

The latest came last Saturday when Jacksonville State completed and improbable Hail Mary to knock off Florida State in Tallahassee.

Now, South Carolina State will get a second chance to add its name to the list when they face New Mexico State Saturday night in Las Cruces.

One weakness the Bulldogs may be able to exploit is the rushing defense of the Aggies. NMSU is giving up nearly 215 yards rushing in their first three losses.

"It's definitely part of the game we're looking to explore," SCSU head coach Buddy Pough said during his press conference Monday. "I don't know if the defense has struggled or if they have just played such good teams. They've had tough times on defense, but you can see them getting better."

The Bulldogs ran for nearly 300 yards in an opening loss at Alabama A&M. Quarterback Corey Fields led the way with 99 yards while Kendrell Flowers added 81 yards and three scores.

Against Clemson, SC State managed just 103 yards rushing, but Flowers and Quincy Hill each averaged five yards per carry and the offensive line did not allow a sack.

"The coaches feel the running game has been working the last two weeks," offensive lineman Tison Gray said Friday. "They have preaching to us to run the football since fall camp."

Gray said the offensive line played well in the opener against A&M, and despite not having as many yards against the Tigers, there is a confidence among the linemen.

"Last week gave us some hope," Gray said. "I try to make sure the younger guys can learn from my mistakes. We just have to lock in and stay focused."

Flowers said the Bulldogs have had a good week of preparation leading up to Saturday's game.

According to Flowers, the running game may be the key to pulling the upset.

"The coaches haven't had to challenge us, we're challenging ourselves," Flowers said. "Knowing what we can do, we're trying to come in and win the game. We're playing with a lot of confidence and know that it's possible."

South Carolina State and New Mexico State are scheduled to kick off Saturday night at 8 p.m.

With only 12 roster players with ties east of the Mississippi River, New Mexico State will truly get a first glance at South Carolina State fo…

Earlier this week, SC State head coach Buddy Pough recalled how a few of his former players showed up on professional scouts' radars after pla…

South Carolina State running back Kendrell Flowers (26) is tackled in the first half of an NCAA college football game against Clemson on Saturday, Sept. 11, 2021, in Clemson.

South Carolina State quarterback Corey Fields (2) passes the ball in the first half of an NCAA college football game against Clemson on Saturday, Sept. 11, 2021, in Clemson.