World Series: Follow updates as Dodgers and Rays face off in Game 3

DID YOU SEE?: Leaving MEAC behind: N.C. A&T’s departure sparks intense debate, agreement that exit will hurt
3 comments
Share this
{{featured_button_text}}
1 of 2 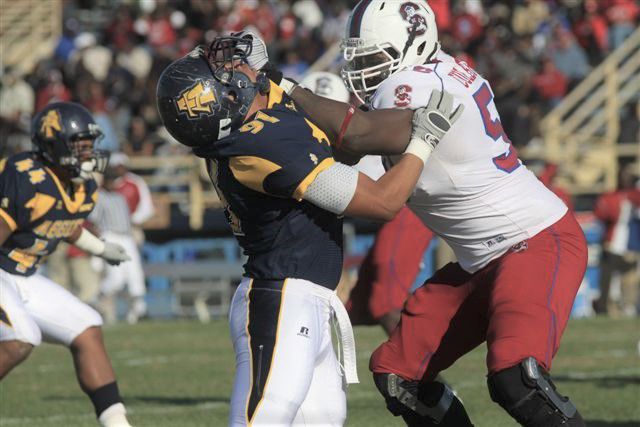 Like S.C. State, N.C. A&T is one of seven charter members of the MEAC. The Bulldogs and Aggies - whose rivalry will reach 50 seasons this fall - are also among four programs that have enjoyed uninterrupted membership in the league since its start in 1970. Delaware State and Howard are the other two.

When North Carolina A&T State University announced in early February that it would be leaving the Mid-Eastern Athletic Conference following the 2020-21 season to join the Big South Conference, the decision created a spirited debate. The Aggies will follow the path of Hampton, which is in its first year in the Big South after fleeing the MEAC in 2017.

Lots of questions are swirling around N.C. A&T’s departure and what the second league defection in three years might mean for the MEAC and its remaining teams.

How will it affect the HBCU culture?

Despite answers to these questions being months away, the debate over the move has been intense, albeit somewhat muted by the current global health crisis caused by the coronavirus pandemic.

Lots of people who have been close to the MEAC and have been longtime observers of the league’s journey, which will span 50 years next month, have chimed in on why chancellor Harold Martin Sr. of N.C. A&T and the school’s administration approved such a move.

“We have been looking carefully at our opportunities in athletics for five years and more intensively over the past year,” explained Martin during a Feb. 7 press conference. “We’re pleased to have brought that process to fruition and excited to be ushering in a new alliance with the Big South. This move makes great sense for our student-athletes, for our fans and for our bottom line.

"We will always have a place in our hearts for the MEAC, and we look forward to what the new conference will make possible for the Aggies.”

One of the reasons cited for exiting the MEAC by N.C. A&T officials – specifically Aggie athletics director Earl Hilton – was travel costs. The league, with its current alignment of 11 full-time schools – including nine with football programs – grace the Eastern Seaboard, stretching from Florida to Delaware. While the Big South, currently with 11 full-time members also, has just eight football programs, and is geographically located mostly in three states, including both Carolinas and Virginia.

Despite perceived savings in travel costs, Hilton, expressed some concerns about other challenges the Aggies may face due to the move to the Big South.

“It’s scary,” the Aggie AD is quoted saying in an edition of ESPN’s The Undefeated. “It’s a bit unsettling, a bit unnerving, but A&T has a history of being unsettling… we look for ways to push boundaries, to move the needle, to go places we weren’t expected to go and be not what other people define us to be, but who we say we are.”

Shared responses from coaches, administrators, and supporters at other MEAC schools, as well as N.C. A&T alumni and boosters have ranged from disappointment, to criticism, to tepid support. HBCU alumni throughout the country, and current and past sportswriters who have covered HBCUs for decades, have also weighed in.

“We (the MEAC) hate to lose a team of their (Aggies) caliber,” said one MEAC observer who has been close to the league since inception. The MEAC is just months away from celebrating its 50th Anniversary in 2021. “North Carolina A&T was among the chartered members of the conference and has been competitive and quite successful during certain periods in the history of the league.”

“A&T was a founding member of the MEAC, and during the 50 years of the league’s existence, has enjoyed enormous success, including multiple appearances in March Madness,” noted a former longtime employee at the institution. “A&T was a respected leader in the MEAC, almost from the start, and has enjoyed a healthy competitive experience against members of the conference.

"The 50 years of camaraderie and natural rivalries will be missed. Change is difficult and it will take years to build rivalries throughout the new league.”

Much of the criticism of N.C. A&T’s jump to the Big South has been measured, with the biggest pushback coming from Aggie alumni and former employees at the Greensboro, N.C., institution.

“In a nutshell, I disagree with the move… but I understand,” said a 1981 Aggie alum. “As the son of one of the founders and a former athlete at the school, I was extremely disheartened when I first heard the news. However, it was not a complete shock.

"Dr. Martin (the chancellor) and his team have done a remarkable job in building North Carolina A&T into the largest HBCU in the nation, and I respect his vision.”

It’s not hard to see that recent Aggie success in athletics has been paralleled by budding growth in the campus proper, as well as a big leap in enrollment. With more than 12,500 current students, N.C. A&T ranks number one among the nation’s HBCUs. Recently erected sprawling buildings line the campus. The football team, and men’s and women’s track teams, have enjoyed enormous success of late, while the basketball teams have re-emerged as championship contenders.

“Maybe all the recent success and their claim as the largest HBCU in the country has gone to their head,” said a sports writer, who has covered and observed the league for years.

“They may have gotten a little too big for their britches,” chimed in another.

Whatever the reason, losing N.C. A&T will hurt the MEAC. The departure will also alter the culture the school has enjoyed with league rivals as well as other HBCU opponents in the country. It’s not known how long it will take Aggie alumni, boosters and fans to embrace teams like Campbell, Charleston Southern, Kennesaw State, Monmouth and the like.

Will the Aggies continue their series with intrastate rival N.C. Central? Will they ever face S.C. State again (after the 2020 game) for bragging rights in the Carolinas? What about the Florida A&M rivalry, which has recently become intense?

“Our fans want to see us play other HBCUs for bragging rights,” lamented former Aggie standout offensive lineman Brandon Parker, now with the Las Vegas Raiders, in a piece published by ESPN’s The Undefeated. “The pride (and the culture) of the HBCU goes out the window when you go to a conference like the Big South.

"I think it will have a negative effect on the conference (MEAC) in the long run.”

In a tweet, Parker’s former Aggie teammate Tarik Cohen had this to say about the decision by his alma mater.

“A&T hurt (the culture) with that move,” said the all-time Aggie rushing leader, currently a starting running back with the Chicago Bears. “I’m still a diehard (Aggie), but dang man.

"The MEAC is what made us, that’s like me transferring after my sophomore year.”

And more from another Aggie alum, “I have always thought it was much better to work and fix up your own house than to help someone else build their house and just rent a room from them.”

“I’m disappointed they are leaving” noted one of the league’s longest-tenured coaches. “I still don’t know the exact reasons they are leaving. I’ve heard travel costs, and maybe an eventual leap to the Football Bowl Subdivision (FBS).

Two former Big South schools have made the leap to the FBS, Coastal Carolina and Liberty. Could that be the Aggie administration’s ultimate goal, to join the NCAA football elite?

“No matter what A&T eventually does, their departure will, without a doubt, have an adverse effect on the MEAC,” said a former MEAC head coach who spent nearly 20 years in the league. “A&T is a charter member of the conference and it has been among the most successful programs from the start, not just in football but other sports as well.

"The league is losing a perennial standout program that has been competitive over the years, and has enjoyed good fan support as well.”

Whatever the impact is on the conference, MEAC leadership is not stuck in quicksand and has committed to exploring future expansion of the league, according to Howard University President Dr. Wayne Frederick, chair of the league’s council of chief executive officers.

In a statement released shortly after N.C. A&T announced its move, the MEAC also pledged to work with the institution during its transition to the Big South, forecasting a better split than Hampton’s departure, which was problematic at first before being settled amicably.

Soon the Aggies will be saying farewell. What will their goodbyes mean to them, as well as the league? We will just have to wait and see!

Note: Next week, we will look at how North Carolina A&T has fared during its soon-to-be 50-year tenure in the MEAC. More specifically, we will highlight the Aggies’ long, intense rivalry with South Carolina State – big wins, tough losses, bizarre games, etc.

Mid-Eastern Athletic Conference members are historically black colleges and universities in the Southeastern and the Mid-Atlantic United States. The conference participates in the National Collegiate Athletic Association's Division I, including in the Football Championship Subdivision.

Hampton left the MEAC for the Big South Conference 3 years ago, after 23 years in the conference.

Last week, we discussed North Carolina A&T’s decision to leave the Mid-Eastern Athletic Conference in 2021 after 50 years of membership an…

It is late April, but unlike any spring South Carolina State head football coach Oliver "Buddy" Pough has ever experienced in his 18 years lea…

A private graveside service for South Carolina State Hall of Famer James Quarles, Jr. will be held Saturday, April 25, at 11 a.m. at Westover …

Like many of his teammates of the past three seasons, South Carolina State defensive back Zafir Kelly was all but certain that by now, the Bul…

Like S.C. State, N.C. A&T is one of seven charter members of the MEAC. The Bulldogs and Aggies - whose rivalry will reach 50 seasons this fall - are also among four programs that have enjoyed uninterrupted membership in the league since its start in 1970. Delaware State and Howard are the other two. 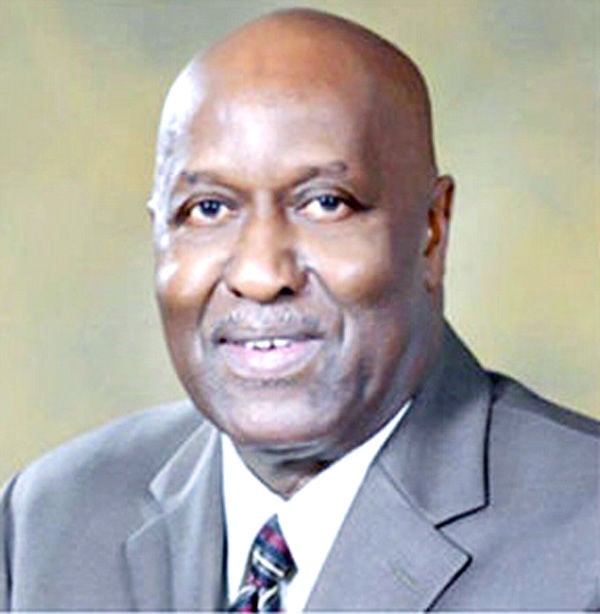