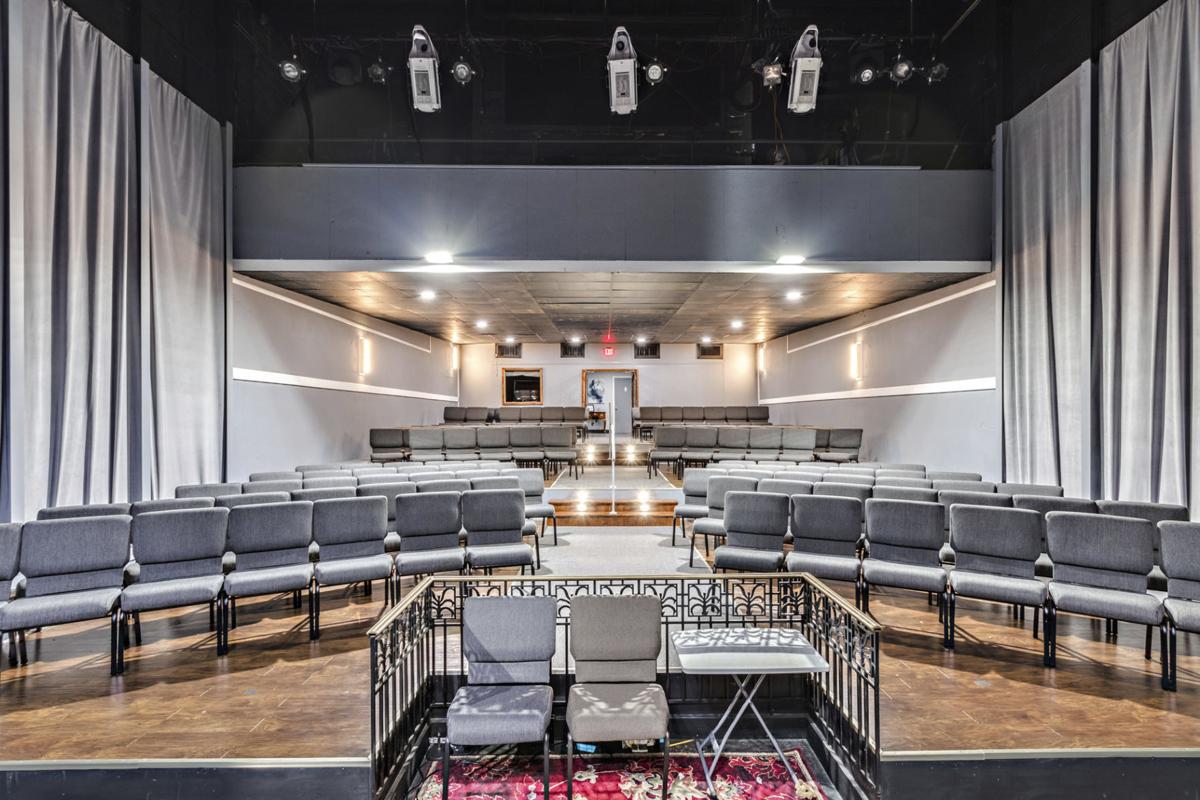 The BlueBird Theatre in downtown Orangeburg. 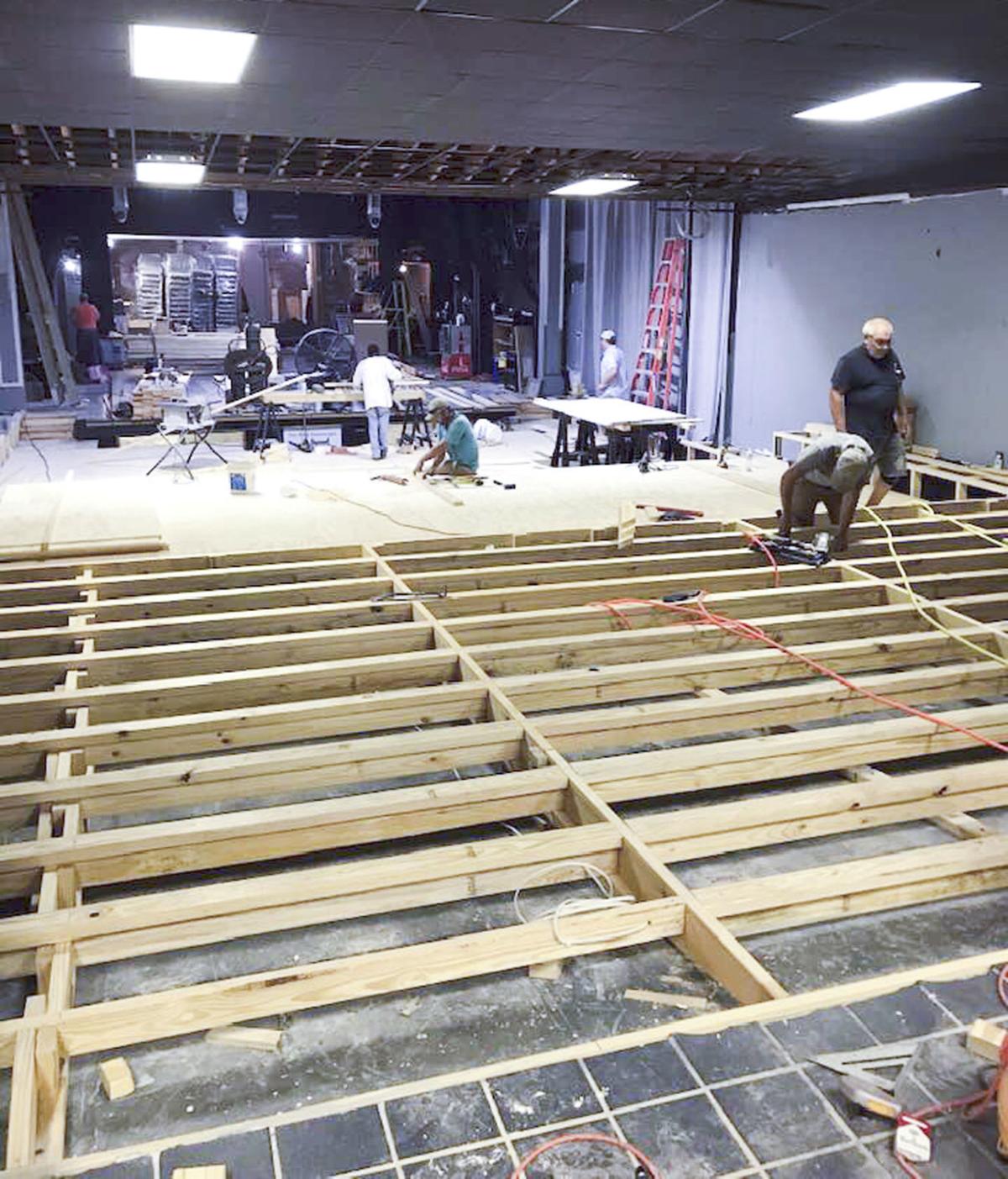 The BlueBird Theatre was renovated, including the replacement of the sloping floor with three terraces.

Orangeburg's historic BlueBird Theatre, which had been closed for several months due to structural concerns, reopened in time for the July showing of Peter Pan Jr..

Work was done on the downtown theater due to structural problems being discovered in its roof during the spring.

The structural issues forced the closure of the theater and the cancellation of the June production of "Pirates of the Great Lakes.”

But through the generosity and support of the Orangeburg community, the theater reopened.

"It has been a whirlwind journey," said Randy Etters, who has served as the theater's building manager since January 2018. "We identified our structural issues, which created a ‘domino effect’ and required additional restoration efforts beyond what we first imagined,” he said.

"The generosity of the Orangeburg community is nothing short of amazing," Etters said.

Contributions of cash and in-kind donations were made totaling over $60,000, he said. "This was raised in less than three months. From large companies to individuals, it was humbling to see just how important the Bluebird is to the Orangeburg community."

The work was completed by volunteers and NAICO Construction's team of Chris O’Cain and Lance Haddock.

"It would be fair to say that this project could not have been completed in the manner that it was without them and their amazing team of craftsmen," Etters said.

The structural problems temporarily brought down the curtain at the Russell Street theater in April. Once problems with the building's roof support structure were discovered, a fundraiser was begun to raise $150,000 to fix the roof.

After consulting with a structural engineer, it was decided that steel reinforced beams should be installed. To protect the patrons and actors, it was decided to suspend production until the structure could be repaired.

But Etters said much more was done, including:

• The interior was repainted to a lighter color scheme.

• Three terraces were built to replace the former sloped floor.

• The former chairs were replaced with wider, lumbar supported seating.

In addition, the lobby was reconfigured to include a concession/retail sales area, as well as a technical control room, Etters said.

"We were able to do this by shifting the aisles to the center which freed up space in the lobby," Etters said.

Decorative doors were also installed to separate the auditorium from the lobby and bathrooms have been remodeled.

"We wanted to retain the intimate feel of the theater, while at the same time bringing it into the standards expected by today’s guests," Etters said. "We believe what will have improved the most will be the guest’s experience."

Among the most significant of the improvements is the “flexibility of the auditorium,” Etters said.

"We engaged an architect to develop a terrace strategy that will allow the Bluebird to host a variety of events," he said. “It will also allow us the ability to offer dinner-theater style performances for a limited number of guests."

"This represents just a portion of the proceeds we have received," Etters said.

The Bluebird Theatre was originally known as the Edisto Theater. It opened in 1941 as a movie theater. The first showing was Aug. 5, 1941, with Priscilla Lane in “Million Dollar Baby.”

The theater closed in the 1980s and remained unoccupied for around 15 years. Its condition declined.

In December 1996, James Gressette inherited the theater from his grandfather, J.I. Sims, and he gave it to the Part-Time Players.

The Part-Time Players and members of the community helped to get the theater in shape so it could open.

A stage was built and the original seats were restored.

The original balcony, which held seating, was redone and is now the location of the lighting and sound booth and storage.

The building's facade was fixed through a grant received from the Downtown Orangeburg Revitalization Association.

The theater reopened in May 1998 and the first show, “Joseph and the Amazing Technicolor Dreamcoat,” was performed in June of that year.

The theater is frequently the location for shows performed by both children and adults of the Orangeburg community, as well as students from Claflin and South Carolina State universities.

The BlueBird Theatre in downtown Orangeburg.

The BlueBird Theatre was renovated, including the replacement of the sloping floor with three terraces.