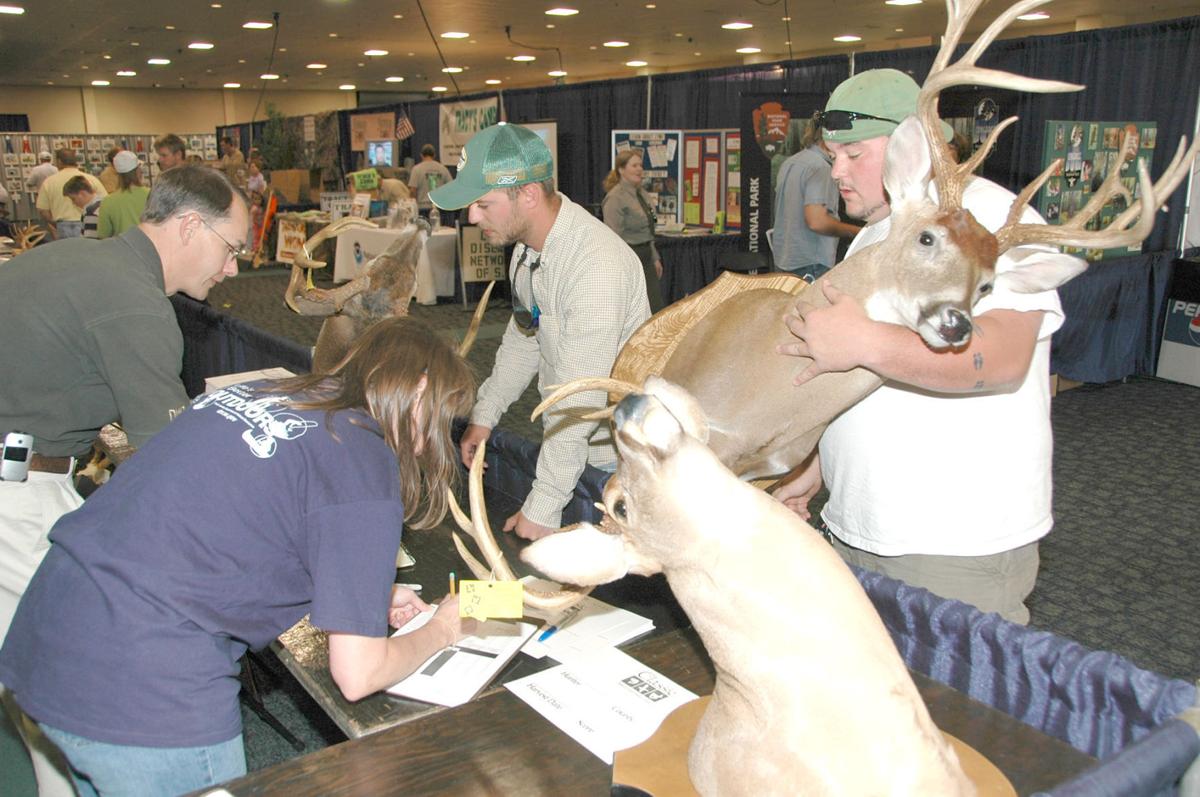 A major part of the antler-measuring process takes place during the Palmetto Sportsmen's Classic at the State Fairgrounds. At left is SCDNR Big Game Coordinator Charles Ruth. 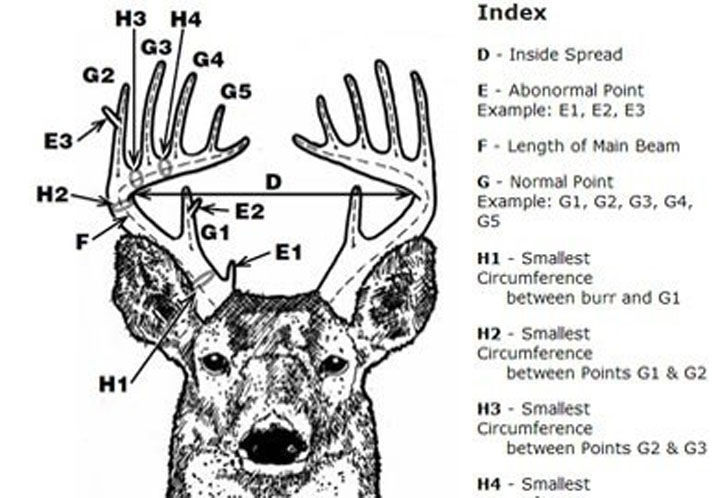 A major part of the antler-measuring process takes place during the Palmetto Sportsmen's Classic at the State Fairgrounds. At left is SCDNR Big Game Coordinator Charles Ruth.

COLUMBIA — Each spring, the S.C. Department of Natural Resources Wildlife Section personnel make a concerted effort to measure deer racks throughout the state, with a major session during the Palmetto Sportsmen’s Classic in Columbia.

Of the 483 sets of antlers measured this spring, 242 met the minimum score for entry on the state records list including 232 sets of typical and 10 non-typical racks, according to Charles Ruth, Big Game Program coordinator for SCDNR.

This figure was up from the 232 records entered in the spring of 2018. Although all of the records were not taken during the 2018 season, 198 were taken during the 2017 or 2018 season. Racks must score a minimum of 125 points typical or 145 points non-typical to qualify for the South Carolina state records list. Records are based on the Boone and Crockett Club scoring system, which measures the mass and symmetry of deer antlers in two categories -- typical and non-typical.

The purpose of the Antler Records Program is two-fold. First, because of the great interest in deer hunting exhibited by sportsmen, it is a way to recognize outstanding white-tailed deer taken in South Carolina. Second, it provides management information that allows DNR wildlife biologists to identify areas that produce quality deer. When particular areas stand out it is important to attempt to recognize the underlying characteristics that produce outstanding animals.

South Carolina’s deer herd is in good condition and after many years of rapid population growth the herd stabilized in the mid-1990s followed by a decreasing trend since about 2002, according to Ruth. Statewide population estimates put the deer herd at about 730,000 animals with an estimated harvest of approximately 190,000 each of the last few years. Although the total deer harvest in South Carolina has trended down, indications from the antler records program are that deer quality remains good. This would make sense because fewer deer in the population would benefit from increased nutrition.

Once again, Aiken County was this years’ top producer of State Record entries with 21 followed by Horry and Laurens with 13 entries each, Anderson County with 12, and Orangeburg with 11 entries. Although some of the top counties have relatively high deer populations, some of these counties have more moderate numbers. It is important that hunters and land managers understand how the density of deer in an area affects the quality of the animals. Areas with fewer deer typically have better quality animals because natural food availability and nutritional quality is higher. Good nutrition is important in producing good antlers, but deer reproduction, recruitment and survival are also directly tied to nutrition.

As far as all-time leaders at the county level, although Orangeburg County (521 records) had topped the list for over 20 years, Aiken County took the lead in 2019 with a total of 529 records. Rounding out the top five counties are Fairfield 298, Anderson 288, and Williamsburg with 272. On the other hand, if you account for the size of the county the top counties per unit area of harvest are Anderson, Abbeville, Aiken, Orangeburg, and Allendale, said Ruth.

Rounding out the top five counties are Fairfield 298, Anderson 288, and Williamsburg with 272. On the other hand, if you account for the size of the county the top counties per unit area of harvest are Anderson, Abbeville, Aiken, Orangeburg, and Allendale, Ruth said.

South Carolina hunters should recognize that harvesting potential Boone and Crockett bucks is not a common occurrence anywhere in the country. This is particularly evident if you consider that there are only about 14,000 white-tailed deer records listed by Boone and Crockett, which includes entries dating to the 1800s. Similarly, the harvest of deer in the United States in recent years has been about 6 million per year. Essentially, the average hunter stands a better chance of being struck by lightning than harvesting one of these record deer. As for the South Carolina Antler Records List, about one in every 800 bucks harvested makes the State Book.

Currently, 7,469 sets of antlers (7,167 typical and 302 non-typical) are included on the South Carolina antler records list. Results of SCDNR’s Antler Records Program for 2019 are available on the SCDNR website.

I was traveling down to Edisto Beach for the Governor’s Cup a couple of weeks ago. I usually go the back way, especially when I am pulling my …

Which season suits you best?