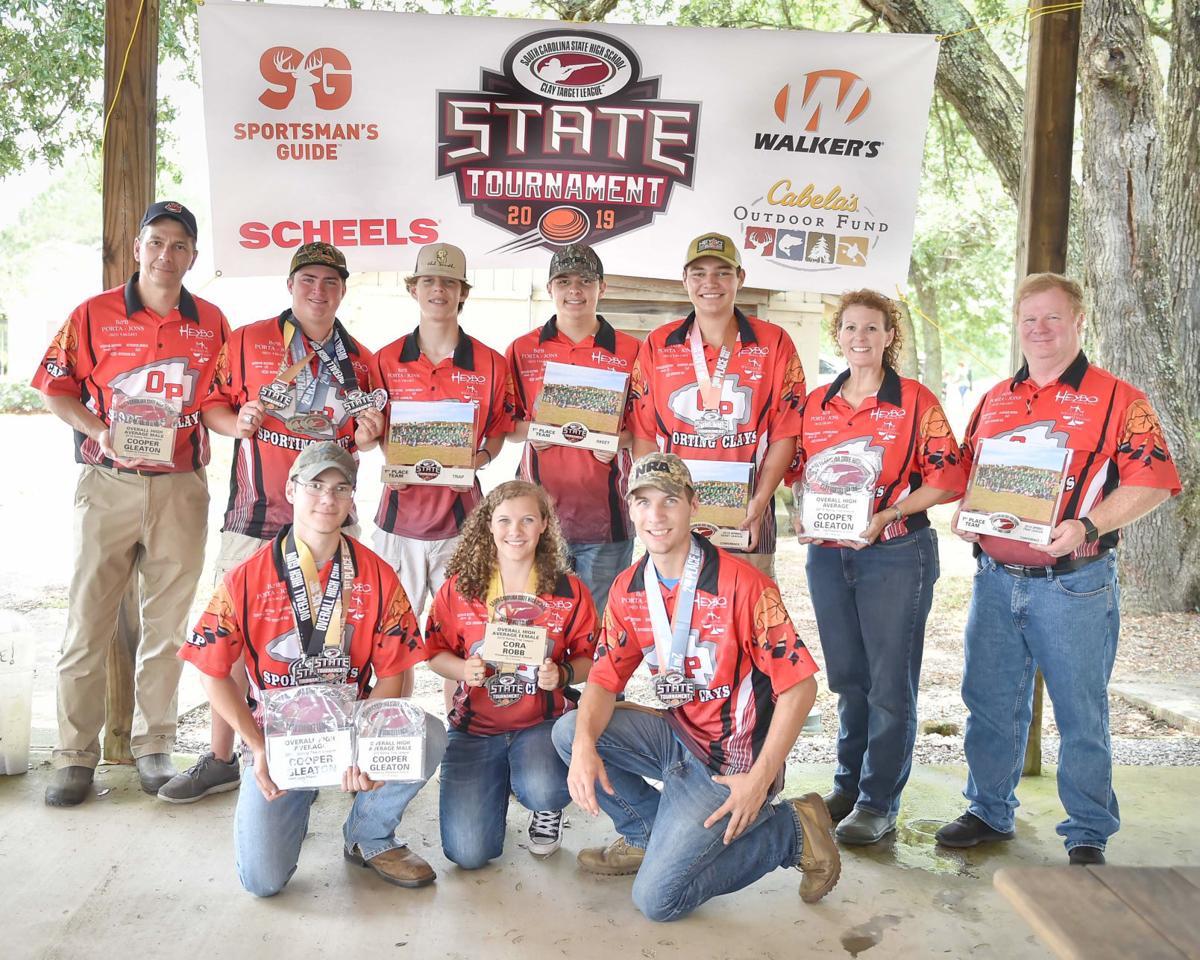 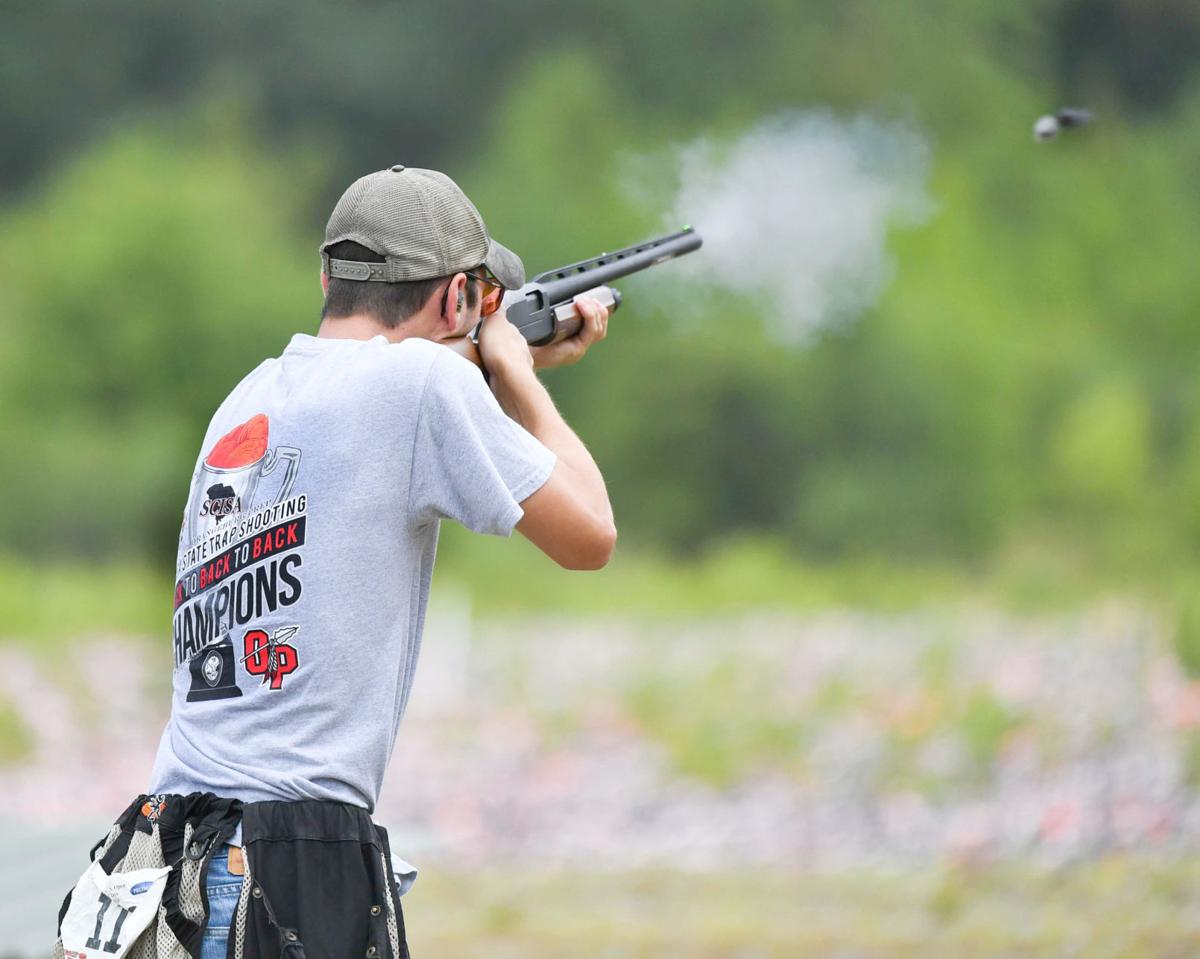 OP won the state title in both trap and skeet shooting, with JDA finishing second in the skeet competition.

The event was sponsored by Cabela’s Outdoor Fund, SCHEELS Sporting Goods, Sportsman’s Guide and Walker’s, a provider of hearing protection.

Asked why he was spending his Saturday at the range, Cole Creech, a 12-year old rising seventh-grader at JDA had a simple reply.

“I grew up hunting; I’ve been shooting since I could hold a gun," Creech said. "I enjoy shooting and wanted to be part of a team.”

The SCSHSCTL is a member of the USA High School Clay Target League, a division of the non-profit USA Clay Target League. The league is the independent provider of clay target shooting sports as an extracurricular co-ed and adaptive activity for high schools and students in grades 6-12.

“The organization’s priorities are safety, fun and marksmanship, in that order,” said the current South Carolina league director, Brett Allen, who added that each participant in the high school league must complete a league and state-approved hunter education course.

Justin Gleaton, the OP Shotgun Team head coach, said, “The parents love it because it’s a blessing for them to be able to get their kids, who may not otherwise be athletically inclined, involved in a sport that not only gets them out of the house doing something constructive, but also offers gun safety training and scholarship opportunities for careers in outdoor and wildlife avenues.”

“I honestly believe that if you teach young people proper gun handling and firearm safety, I don’t believe there would be as much gun violence or as many school shootings as there are today,” Gleaton said. “When most of us were younger, we learned firearm handling and gun safety from our parents and grandparents who took us hunting. Now because of schedules or lack of time, there just is not as much of that still going on.

“Every time we meet, safety is the number one thing we ingrain in kids' minds. Each shooter participant has to lead a safety meeting during the season. If he or she misses something, the others are quick to point out the mistake.”

“When I am out there on the range, it makes me feel calm," said Cora Robb, a 16-year-old member of the OP team. "I know I have the support of my teammates.

"I want to go to college; it has been a dream of mine since I was small and the scholarships offered by the league are a big plus.”

Robb also admitted that, with her competitive streak, she wants to be better than her big brother, Daniel.

“Our goal is for the students to have fun in a safe, supportive environment," said Julie Robinson, co-coach at JDA. "As coaches, we can’t be out there on the field with them, but they can coach each other. That aspect promotes good sportsmanship and teamwork.”

Cooper Gleaton, a recent graduate of OP who has been competing for six years, said, “I’d recommend this sport to anyone because it teaches a lot about gun safety and it’s a mental sport; you have to know about angles, wind speed, timing and lead -- how far out you have to be in front of a moving target before you shoot."

Unable to continue as a participant in the high school league, Gleaton, who has been accepted to Orangeburg-Calhoun Technical College this fall, says he plans on joining his parents, Justin and Dena Gleaton, as an assistant coach to continue mentoring his younger teammates.

In the inaugural year of the SCSHSCTL, there were only two participating high schools. The number jumped to 12 this year, said Allen. He added that there are other organizations that have clay target leagues, such as SCDNR and the 4H, but this one is 100-percent school sponsored.

“The league continues to be the fastest-growing activity in South Carolina schools,” said John Nelson, president of the SCSHSCTL, who is very excited to see the state embrace the sport as it has.

“This is an all-inclusive sport that allows boys and girls to compete on the same field with no bench warmers," Allen said. "Everyone gets to participate and has the same opportunities to practice which makes them better marksmen.

“One doesn’t need to be a world-class athlete to participate and it’s a sport that someone can continue to enjoy after high school and with their family.”

Allen pointed out that most high school athletes don't get to participate in their sport after they complete high school.

“Most kids in this neck of the woods love to hunt and fish. It’s good practice for dove and duck hunting and it helps in making more responsible gun owners,” said Allen, who also serves as the clay target team coach at Conway High School.

As shots are fired at moving clay targets, there's concentration and focus on timing on the faces of not only the active shooter, but that of the team as well. After a competitor has completed his turn on the mark for skeet shooting, where one clay target comes from the shooter’s left or right, followed in quick succession by another from the opposite direction, he or she is greeted with high-fives or fist bumps from teammates. Whether the shots are near perfect or near misses, the resounding camaraderie of team support echoes throughout tournament competition.

Nationwide, more than 32,000 students, representing more than 1,000 school-approved teams, participated in the league during the 2018-19 school year.

In the current 25-Straight Club for the standings in the Trap State Tournament, Jace Hiers, Cora Robb and Matthew Zeigler represent OP along with Grayson Elliott from GSFHS.