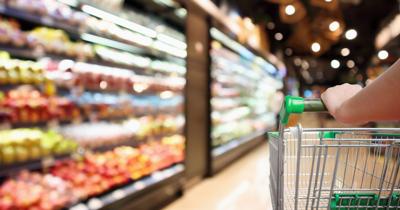 We regularly encounter stories of Americans struggling to stay financially afloat, buffeted by the day's economic challenges. So many focus on a woman who is identified a quarter of the way in as a "single mother." She's often portrayed facing impossible demands of holding a paying job while caring for the young ones.

Almost none of these profiles make reference to the father or fathers of the children. Where are they? Are they helping support their kids? And if not, why not? And if the dads are alive, where are they? These should be part of the information package.

When such reporting includes the detail that the single mother has three or more children, perhaps fathered by more than one man, the neon light flashes: "Of course, they're broke."

Nearly 30% of single parents live in poverty, versus only 6% of married couples. A strong economy does little to fix this.

The questions may sound indelicate to many, but honesty requires them. Some also may hear racial undertones. It's true that many of those profiled are "women of color." But single motherhood is now common across the races. Over 1 in 4 white births are to unmarried women.

Look, many of these women work their butts off trying to hold everything together. They're really trying. But face it, their problem is a lot bigger than the state of the economy. The reporting ought not dance around this reality.

The New York Times recently featured a piece that purported to explain why many younger Americans are having a hard time saving for retirement. The headline was "A struggle for millennials."

The piece, centered on "a single mom," was chock full of details. It revealed that the woman had established an Airbnb business with her ex-husband. We learned that she had piled much of her $10,000 in savings and $20,000 in credit card debt into the venture. And unfortunately, they tried to launch the business in the teeth of the COVID-19 pandemic, when travel-related spending had dried up.

This being The Times, much space was devoted to alleged racial inequities (the mother was Black) in programs to help such people. As is often the case, the reporter cited several raw statistics that failed to account for other possibly relevant factors.

LZ Granderson: The accusations against Brett Favre are not just another NFL scandal

But the big questions that many readers were undoubtedly asking themselves were nowhere to be seen. What, if anything, had the woman's ex-husband contributed to the business? More important, was he helping support his child or children, assuming they were his?

We can buy into the notion that millennials, Americans now 26 to 41 years old, have gone through economic crises that make saving especially hard. But maintaining a family on one small paycheck is a heavy burden, no matter which generation you're in.

Of course, single motherhood can cover many situations. Some of the women are widowed. Some are divorced but receiving child support from the fathers. Some were never married but the fathers are doing the manly thing and sending checks for their kids. Some cohabiting singles run what greatly resembles a traditional marriage.

And whatever the circumstances, a humane society provides a basic social safety net. Guaranteed health care and government aid in periods of crisis should be a given.

But pretending that poor families headed by single mothers are just victims of a tough economy absolves the living fathers of all responsibility. That's what happens when you let the dads disappear from stories of families in financial peril.

This is at bottom sexist. It accepts placing a brutal burden on one set of female shoulders, turning her into a work beast. "Where are the dads?" Let's feel free to ask.

A day without Elon Musk is an OK day.

Micha Green: Women are paving the way for the next generation

With my best friend riding shotgun and my two dogs in the back seat of my Buick Encore, I made the road trip from Washington, D.C., to Chicago last month for the ordination and consecration of Paula E. Clark, the first female bishop, and first Black bishop, of the Episcopal Diocese of Chicago. She’s also my mom.