"There is no other country on Earth in which the Christian religion retains greater sway over the souls of men than in America." -- Alexis de Tocqueville, "Democracy in America," written during the 1830s.

OPINION: Gen. Caslen should be next University of South Carolina president

As all witnessed in real time, two deranged killers went on mass shooting rampages in first El Paso Texas and then Dayton, Ohio, killing 31 people within hours. From review of social media accounts, the Dayton killer was clearly from the political far left of being an Elizabeth Warren supporter who held to her progressive ideals.

The El Paso killer appears to have been primarily on the political right, denouncing immigrants and yet offering pro-environment and anti-corporation sentiments. That killer's manifesto supported President Donald Trump, causing a knee-jerk reaction on the progressive left of denouncing Trump as a racist responsible for the shooting.

Before bodies were cold, many of those on the left predictably blamed gun rights and supporters of those rights. Getting beyond reflexive anti-Trump and anti-gun rhetoric, we have a much better answer as to why we have seen so many more of these mass shootings in the past half century.

The single greatest similarity and connection between the last 27 mass shooters (defined as those who killed eight or more people and going back over four decades) is not race. They came from all races. It is not political, as they covered the political spectrum. It is not white supremacy, anti-immigration nor anything else being blamed now. It is the lack of a father at home.

In all but one case, the 27 mass shooters grew up in homes without fathers. That's such an astounding fact it should be ubiquitous in the news, and yet it remains a hidden fact. Considering 60% of children now (and much higher percentage going back four decades) have fathers at home, this connection of fatherlessness to the mass killings is impossible to ignore or rationalize.

The future of masculinity

The biblical standard for families: one man and one woman in a lifetime covenant marriage raising their children as a team, has diminished at the same rate as the rise in mass shootings. Along the same period, America has seen the steep decrease in church attendance and belief in the idea of absolute truth and/or God. It's important to compare the breakup of families and the marginalization of supporting biblical values with the explosion of gun violence. Fatherhood and biblical values, not gun control (or ending Donald Trump's tweets), becomes our clear answer to fixing the problem.

‘Boots on the ground’

For some pertinent history: The first modern national attempt at gun control was the 1968 Gun Control Act. Prior to that, all manner of guns were carried openly throughout much of America, including schools. Interestingly, even Justice Scalia even wrote about carrying rifles on the subway in New York going to school in the late 1950s. Prior to this time there had been no mass shootings of the kind we see today and almost no gun violence by teenage boys.

Since the 1960s, gun control has tried to keep pace with the increasing gun violence with little success.

A profound change took place in American schools just before the rise of mass shootings and corresponding gun control laws. The first U.S. government establishment of public schooling in 1787 (Northwest Ordinance) authorized public education with the following: "Religion, morality and knowledge, being necessary to good government and the happiness of mankind, schools and the means of education shall forever be encouraged.” This remained the purpose of education throughout the 19th and early 20th centuries. Unfortunately, in the early 1960s, Bible reading and school prayers were stripped from the nation's public schools.

After removing Bible teaching and organized prayer from schools, and inserting evolutionary teaching that included not having a creator for humans to have a relationship with or even respect, most states began passing no-fault divorce legislation. This came at the time of federal government aid creating financial incentives for many families to dissolve. In 1973, abortion was declared a constitutional right, resulting in now over 60 million unborn casualties. Mass shootings began to pick up steam by now fatherless boys.

During this period, American entertainment moved away from furthering Christian values in the culture to the opposite.

So many examples of the degeneracy of Hollywood, but one example proves the point best. In 1956, the epic movie, "The Ten Commandments" starring Charlton Heston, opened to national acclaim and admiration by Hollywood and the culture. It was an inspiring and relatively accurate biblical account of the life of Moses that honored biblical values and characters.

Fast forward to the 2014 movie of the same story of Moses, "Exodus." This movie was dark and cynical, and played on modern attacks against the Bible as racist, sexist and worse. Christian Bale, who played Moses, said this about the greatest of biblical patriarchs: "I think the man was likely schizophrenic and was one of the most barbaric individuals."

It is time we "do something," as protesters against Trump have demanded. Continuing to pass new gun-control laws has proven fruitless. Criminals will obtain guns or other weapons, as the mass number of knife attacks in London has proved, and law-abiding people will be defenseless. As mass shootings occurred at a higher rate under President Barack Obama than Trump, the president's rhetoric is just not to blame.

Getting families back together with fathers at home raising their sons is a clear answer to helping put a stop to the ravages of mass shooters. This can happen with encouraging biblical values, including the value of a father and mother raising children with a lifetime commitment.

God's word and his grace have provided the answer to the something we must do: "If My people who are called by My name will humble themselves, and pray and seek My face, and turn from their wicked ways, then I will hear from heaven, and will forgive their sin and heal their land." It's time we listened and did something right for a change.

Distortion of the truth

Where do I start in another one of Rick Mason's attacks on my articles. In this case, it appears the attacks have now moved against my Christi… 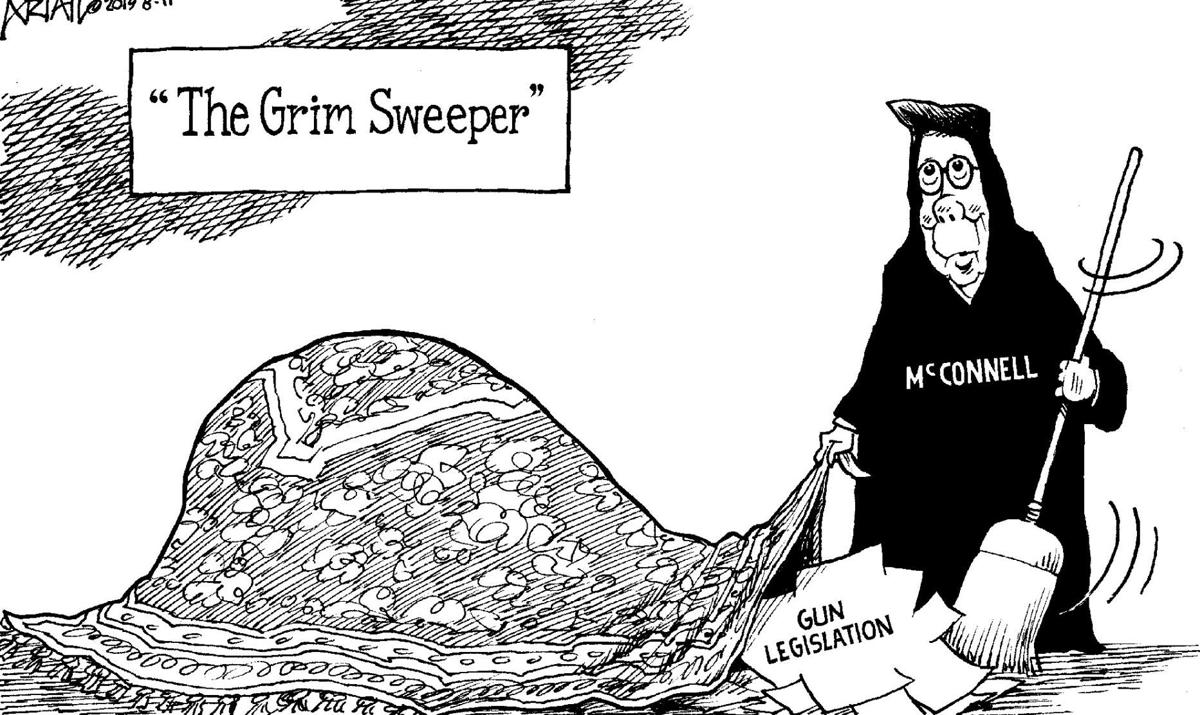