I recently read a post by a friend written after the first presidential debate. She wrote that, while she opposed aspects of the Biden/Harris platform, she felt alienated by the arrogance and unkindness displayed by Trump and couldn’t vote for a candidate who didn’t represent her.

I can understand her feelings. I acknowledge that the debate was very hard to watch for those of us who believe in respect and civility, and her reaction was understandable. Her words also reflect the deep division I’ve seen in people of faith.

But, as a Christian, I see this differently. So much attention has been placed, fairly or unfairly, on the character of Donald Trump, the man, that we can easily miss the larger and, in my opinion, much more critical, picture. We have two choices of what road we will take, just two choices. To abstain or write in a candidate is to throw away our power to make that choice.

Despite the dire predictions before taking office, our current president’s administration has taken action to protect our country and the liberties we enjoy. That includes not only the appointment of two Supreme Court justices (with a third in the wings), but 53 federal appellate judges and 146 District Court judges, all committed to adhering to our Constitution and laws as written rather than “reinterpreting” them to fit a political or personal agenda.

COMMENTARY: Blacks should vote early and in person

The administration has also moved to restrict government funding for abortions in accord with the Hyde Amendment. The First Step Act was a major leap forward for criminal justice reform, and there has also been new attention paid to combating human trafficking. Educational choice now has administration support, and people of all faiths are benefiting from the administration’s defense of religious freedom.

And it is this administration that finally fulfilled the promise made by prior presidents by moving our U.S. Embassy in Israel to Jerusalem while negotiating historic peace agreements between Israel and other Mideast nations. We’ve also benefited from tax cuts and a robust economy (now recovering after prolonged COVID shutdowns).

LETTERS TO THE EDITOR: Imposing religion on others

And, throughout these last four years, as founding member of Cornerstone Policy Research, I’ve witnessed something at the organizational level I had never seen before from any administration. Engagement. When we reached out to various government agencies, we heard back. Not only did we have the opportunity to communicate, we were heard, acknowledged and action was taken. We’re just a small New Hampshire-based non-profit. We don’t have deep pockets or anything to offer other than our passion for the issues and challenges we face, and we were given a voice. This in itself is remarkable.

When I look at the alternative, I see a very different picture. The Democratic Party platform paints a bleak picture of our country today and promises dramatic changes in every sector, changes that necessitate less freedom, much higher taxes, and more government direction of private enterprise and personal wealth. Abortion would have no restrictions, and there would certainly be a move to pack the Supreme Court to act as an overriding legislative arm when laws could not be passed otherwise.

As we’ve already seen in Democratic-run states and cities, law enforcement would be defunded, and our right to defend ourselves would be denied as violence in the name of protest would be protected at the cost of public safety and life. Already, individuals are being punished and their free speech muzzled if their views do not align with a progressive agenda. Even more alarming is the real risk of single-party rule through the packing of the Supreme Court, a move that would only be done in the interest of ending our system of checks and balances by using party and platform loyalty as a judicial litmus test.

Who best represents you?

I’m not voting for Trump.

I’m voting for the 1st Amendment and my right to speak out and be heard.

I’m voting for law and order and my 2nd Amendment rights.

I’m voting for the right of unborn babies to live.

I’m voting for an independent Supreme Court that protects our Constitution and Bill of Rights.

I’m voting for freedom of religion.

I’m voting for continued peace progress in the Middle East.

I’m voting for a strong economy.

I’m voting for the protections of the Electoral College and the republic we live in.

I’m voting for our American flag.

This isn’t about Donald Trump, the man. This is about the United States, the country. Don’t forget that we are voting for our vice president as well. While I am not voting for Trump, I am voting for Vice President Michael Pence over Sen. Kamala Harris — their names are on our ballots as well. It’s the Principle of Double Effect.

And, in any case, my vote “for” President Trump is actually a vote for a slate of presidential electors. The Library of Congress explains it this way, “When citizens cast their ballots for president in the popular vote, they elect a slate of electors. Electors then cast the votes that decide who becomes president of the United States.”

When I go into that ballot booth, am I supporting those who adhere to the Democratic Party’s platform or those who support the priorities of the Republican Party as demonstrated these last four years?

I pray more people of faith are able to look past the very real (and alleged) human failings of our current president. We have two choices, just two. How we use (or don’t use) our power as citizens will carry real consequences far beyond the next four years.

Shannon McGinley is a conservative activist in New Hampshire. She wrote this for InsideSources.com.

Just more than a week before the Nov. 3 election, polls in key states show Democrat Joe Biden with a lead over President Donald Trump. Pundits… 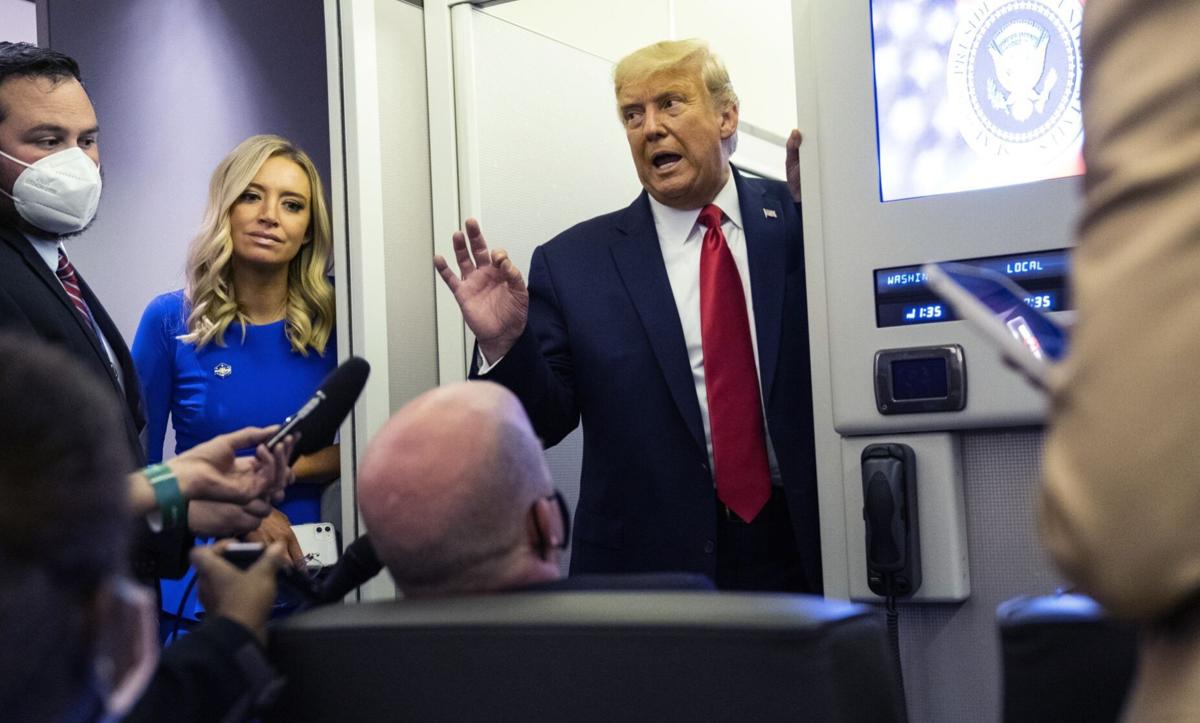 President Donald Trump talks with reporters on Air Force One after participating in the final presidential debate on Thursday in Nashville, Tenn. 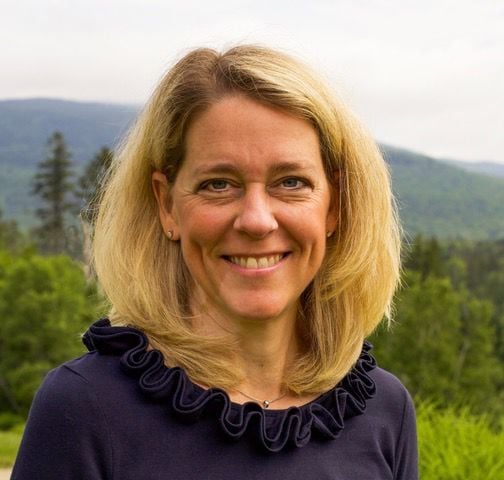