Biden administration officials are proud of their effort to airlift about 118,000 Afghans, plus somewhere between 5,000 and 6,000 U.S. citizens, from the Kabul airport in the final days of the president's botched withdrawal from Afghanistan. But still unanswered are two key questions: One, who did we leave behind? And two, who did we bring out?

The administration would prefer you did not ask those questions. The spin out of the White House is that the president is ready to move on, to turn the page after the mess in Afghanistan. But that will not be possible, at least for a while.

On the first question, White House chief of staff Ron Klain now says the number of U.S. citizens left in Afghanistan is lower than earlier thought. "We believe it's around 100," Klain said recently. "We're in touch with all of them who we have identified on a regular basis."

Klain also made clear that the United States is now dependent on the assistance of others to help U.S. citizens in Afghanistan. "We're hopeful that, in the coming days, the Qataris will be able to resume air service out of Kabul," he said. "And if they do, we're obviously going to look to see if Americans can be part of those flights."

With that, Klain summarized U.S. weakness in Afghanistan. The United States, which depended on the good graces of the Taliban to stage the evacuation, is now hoping Qatar can lend a hand with the U.S. citizens American forces left behind.

The Biden administration's position has enraged some Democratic lawmakers on Capitol Hill. Not long after Klain spoke, Democratic Sen. Richard Blumenthal sent out a series of tweets about the Taliban blocking two planes holding some U.S. citizens from leaving the Afghan city of Mazar-i-Sharif. "My staff and I have worked night and day to secure the safe passage of two planes waiting in Mazar-i-Sharif to take American citizens, at-risk Afghan allies and their families to safety," Blumenthal said. "I have been deeply frustrated, even furious, at our government's delay and inaction."

With a prominent member of the president's own party agitating for action, it does not seem likely the White House will be able to quickly turn the page from Afghanistan.

But then there is the second question: Who did we bring out? Recently, the Washington Examiner's Tori Richards reported that a Republican congressman from Wisconsin, Rep. Tom Tiffany, toured the Fort McCoy Army base in western Wisconsin, where at least 3,000 Afghan refugees have been brought so far. "The refugees at the base have no visas and haven't undergone the standard vetting process," Richards reported.

The questions go beyond allegations of ties to terrorism. A more basic question is whether those evacuated from Afghanistan actually helped the United States in the 20-year war in Afghanistan. The U.S. priority list was always citizens first, followed by those who assisted American forces during the war. Other Afghans who did not aid the United States, even if they have a legitimate fear of Taliban rule, are not near the top of the list.

The most important point is that, given the frenzied evacuation, U.S. officials do not really know who they have airlifted out of Afghanistan. Look at this recent account in The Washington Post, quoting an Afghan named Mustafa who had helped U.S. forces and got onto an American plane:

"Many [of those on board] had minimal identification and did not appear to have worked closely with the United States as [Mustafa] had, serving as a translator and analyst," the Post reported. "They were 'just people,' Mustafa said, who took advantage of the disorderly evacuation to flee their turbulent country. 'Nobody knows who was the good guy and who was the bad guy getting into the plane,' said Mustafa ... 'It's a risky thing that I believe happened.'"

So bottom line, it will not be -- or at least it should not be -- easy for the Joe Biden White House to turn the page from Afghanistan. Of course they want to talk about the president's agenda. But the Afghan evacuation happened, and now some U.S. citizens remain stranded in Afghanistan, while thousands of insufficiently vetted Afghans are arriving in the United States, courtesy of the administration. No president can walk away from that.

Byron York is chief political correspondent for The Washington Examiner.

American research, technology and advancements in health care are amazing examples of brilliance, innovation and capacity. The speed at which …

Is America safer after its 20-year war on terrorism in Afghanistan has resulted in the Taliban’s victory? The answer, like the war itself, is …

Two leading House Republicans, Reps. Steve Scalise and James Comer, are asking the Food and Drug Administration for documents that might relat… 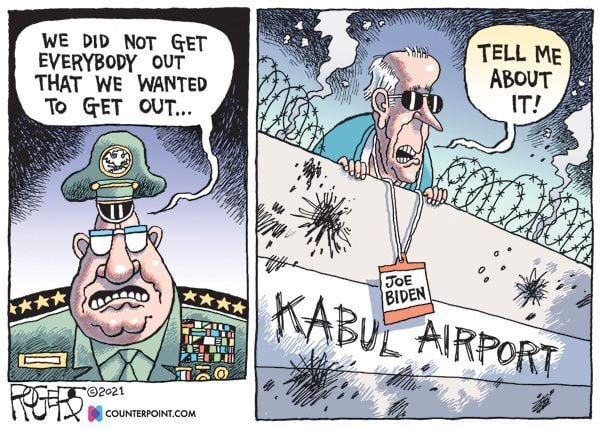 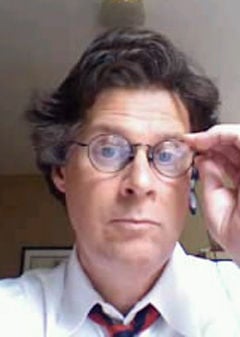