As President-elect Joe Biden enters the White House with narrow control in both legislative chambers, his entire legislative agenda hinges on how House Speaker Nancy Pelosi can balance differences between moderate and progressive Democrats and how incoming Senate Majority Leader Chuck Schumer can keep his Democratic caucus unified while appealing to moderate Republicans.

Given the minuscule margin of error, Biden must choose policies that advance his campaign promise of “Build Back Better” wisely in order garner bipartisan Senate support, appeal to House progressives, and line up more wins for the 2022 midterms.

Here are four priorities for 2021 that will likely gain the most bipartisan consensus and least Democratic drama:

• Impeachment: Impeaching the same president twice is unprecedented. But the Democrats have issued articles of impeachment — in line with what most Americans support. According to the latest polls, 56% of the public hold President Donald Trump responsible for the insurrection on the Capitol. Fifty-two percent say Trump should be removed from office.

But there are concerns that a Senate impeachment trial to punish Trump for his role in inciting the mob will delay Cabinet confirmations and a stimulus package. Biden and congressional leadership are exploring ways to “bifurcate” Congress’ agenda to not have impeachment proceeding stall COVID-19 relief. It’s likely that the trial will happen after Trump’s term ends. Some Republicans, including House Republican Conference chair Liz Cheney, are breaking from Trump and voting for impeachment. With bipartisan support, the result may bar Trump from future elected office.

• COVID-19 and economic recovery: With more than 375,000 deaths and almost 11 million unemployed Americans, this is the Biden priority. Federal funding for vaccine distribution will receive bipartisan support. But it is the state and local governments that are responsible to provide essential services and maintain personnel to vaccinate citizens without certainty of financial support from Congress.

States, counties and localities may exceed more than $1 trillion in losses combined. Republican heartburn to state and local funding could be alleviated with limited liability protections for businesses from coronavirus-related lawsuits. Businesses claim they could be liable for more than $21 billion in damages without a fix.

Democrats will also push an additional $1,400 (on top of the $600 from the last bill) for direct checks for Americans, which Senate Republican leader McConnell opposed last year. But according to one recent poll, nearly two-thirds of Americans want monthly $2,000 stimulus checks over the course of the pandemic. Other Republican senators have signaled support for larger checks.

• Domestic terrorism and police reform: Growing extremism and white supremacists assaulted our democracy in the Capitol coup. After the firing of the capitol sergeant-at-arms and the capitol police chief’s resignation, there’s bipartisan support for congressional oversight hearings into the violent insurrection.

Findings from the Jan. 6 coup may be added to broader police reforms that failed last year. After the murder of George Floyd, police reform became a priority for voters as Americans participated in demonstrations across the country. There’s likely unified Democratic support and a handful of Republican votes in the Senate for a bill that calls for a national database of use-of-force incidents by law enforcement officers and limits on police chokeholds. The House passed a similar bill last June.

• Infrastructure: With Biden calling for comprehensive climate change policies across his administration and a need for meaningful economic stimulus, transportation and infrastructure funding has garnered labor and business support. The U.S. Chamber of Commerce supports an infrastructure bill that would help lead American recovery. Despite business and labor support and the recognized need to invest $4.6 trillion by 2025 to improve the nation’s infrastructure, past deals have fallen short under the Trump administration.

Biden campaigned for a $2 trillion plan that’s going to invest in roads, highways, airports, ports, digital infrastructure and clean tech. Republicans have balked at the past price tag, but expanding broadband and local investment during the pandemic may be enough to get a comprehensive deal in place, especially if it’s not paid for by a gas tax.

With both parties already eyeing control in the 2022 midterm elections, Biden has little room for unforced errors in his legislative strategy. But in a political world after Trump’s tenure, I wouldn’t count out anything in 2021 — including bipartisan support for policies that have stalled for years.

Jeff Le is a political partner with the Truman National Security Project; he served as deputy director of external and international affairs and deputy Cabinet secretary to former California governor Jerry Brown. He wrote this for InsideSources.com.

EDITORIAL: A want for open talk in new day

When Joe Biden takes office today as president along with Vice President Kamala Harris, he will do so with a solid measure of public approval …

The torch has been passed. Donald Trump’s presidency has ended and Joe Biden’s has begun. 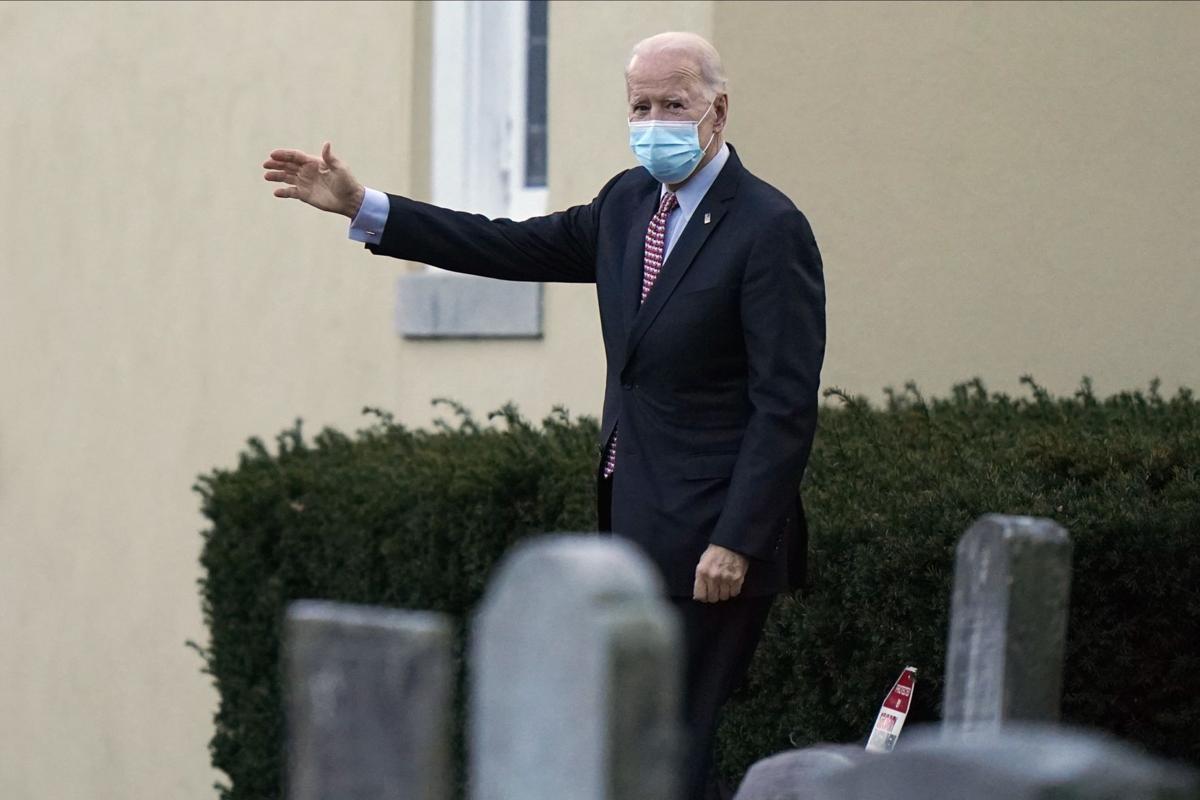 President-elect Joe Biden waves as he departs the St. Joseph on the Brandywine Catholic Church on Saturday in Wilmington, Delaware. 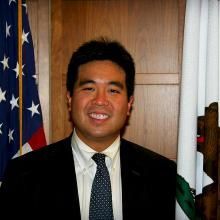