Man accused of exposing himself to Orangeburg officer 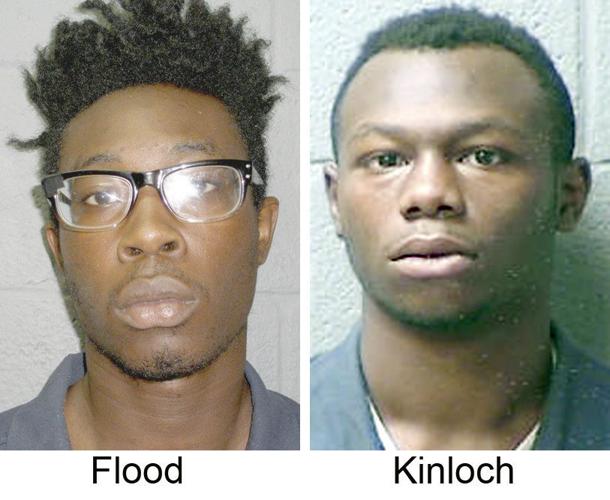 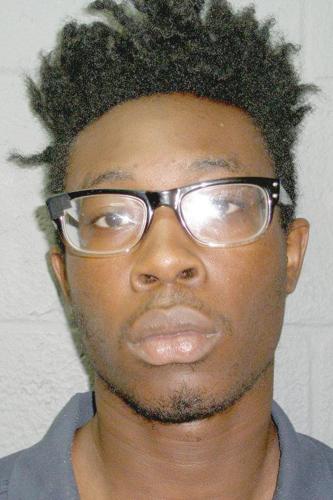 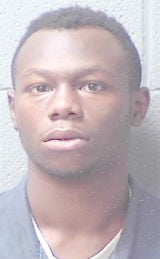 Two Orangeburg men have been charged with breaking into a downtown jewelry store at night.

Isaiah Flood of 1048 Doyle Street #54 and Damon Lamont Kinloch have each been charged with violent second-degree burglary. A third suspect has not yet been charged.

The two 18-year-olds allegedly broke into Andrae and Company Jewelers on Russell Street around 12:18 a.m. Wednesday. Warrants claim Flood admitted to the crime.

Orangeburg Department of Public Safety officers arrived at the business after a security alarm was activated.

When officers arrived, they saw glass spread along the front lobby of the store with more glass around the back of the display counters.

A turning display case, located on the main display counter, was open and several items were missing.

A large jewelry box was open and had been sorted through.

Several pieces of jewelry were on the floor next to the box.

Eight silver and gold Pulsar watches and 20 pairs of 14-karat gold earrings were stolen. The stolen items are valued at about $3,000.

If convicted on the charges, the men could spend a maximum of 15 years in prison. They would not be eligible for parole until they served one-third of their sentences.

A 27-year-old Denmark man has been charged in connection with a crash that killed an 89-year-old man.

A 54-year-old Denmark man died at the scene of a shooting incident on Sunday.

SUV stolen as father was washing for daughter in Elloree

ELLOREE – A Ridgeville man is accused of stealing an SUV as it was being washed by the owner’s father. The SUV crashed into a yard as it was b…

Orangeburg hearing held for suspect in death of child’s mother

A 22-year-old Orangeburg man is in prison after pleading guilty to burglary, assault and grand larceny.

A 63-year-old Elloree man died after the SUV he was a passenger in hit a deer in Calhoun County, S.C. Highway Patrol Lance Cpl. Tyler Tidwell said.

‘Like nothing we’ve seen before’: UK’s new poor forced to turn to food banks

‘Like nothing we’ve seen before’: UK’s new poor forced to turn to food banks

The reason Finland is always voted the happiest country

The reason Finland is always voted the happiest country

Russians lay flowers at monument as form of anti-war protest

Russians lay flowers at monument as form of anti-war protest