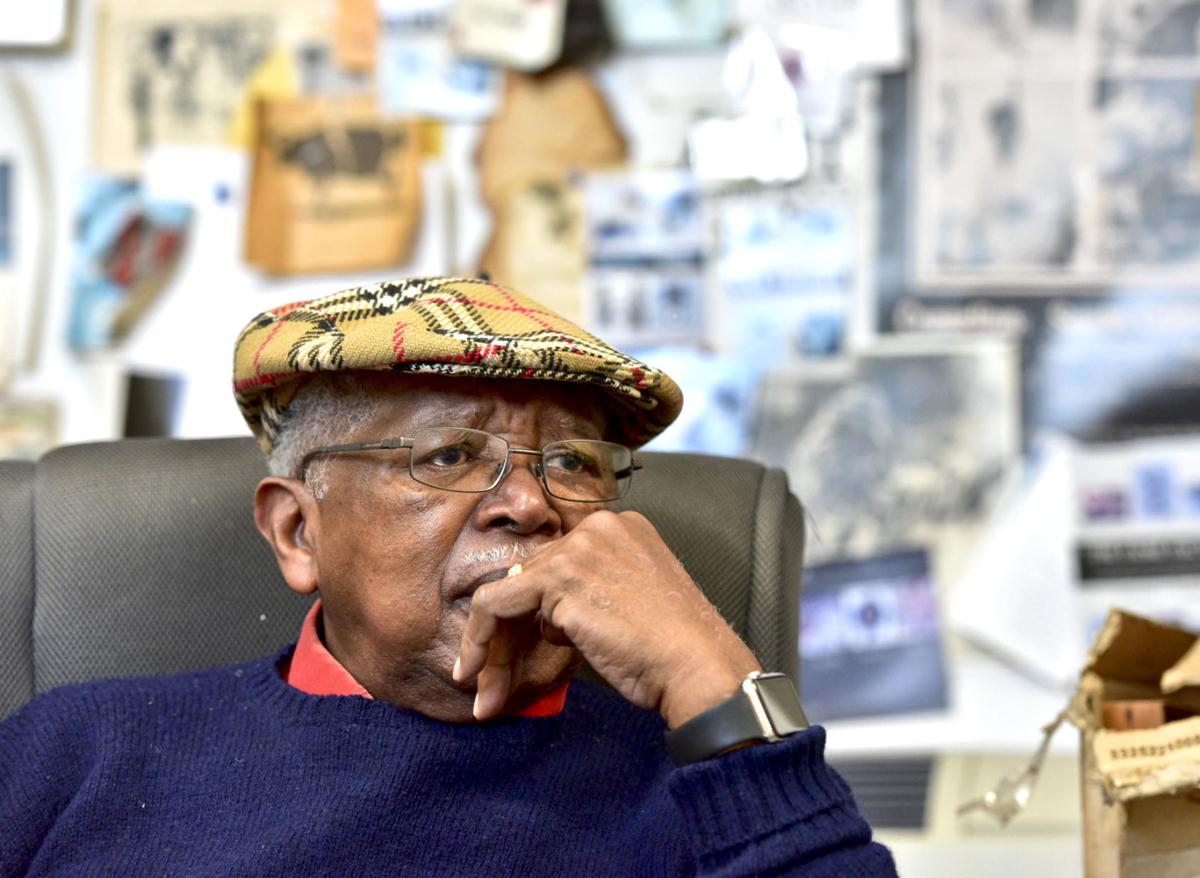 Dr. Leo Twiggs received both the Order of the Palmetto and the Elizabeth O'Neill Verner Lifetime Achievement Award in 2017. 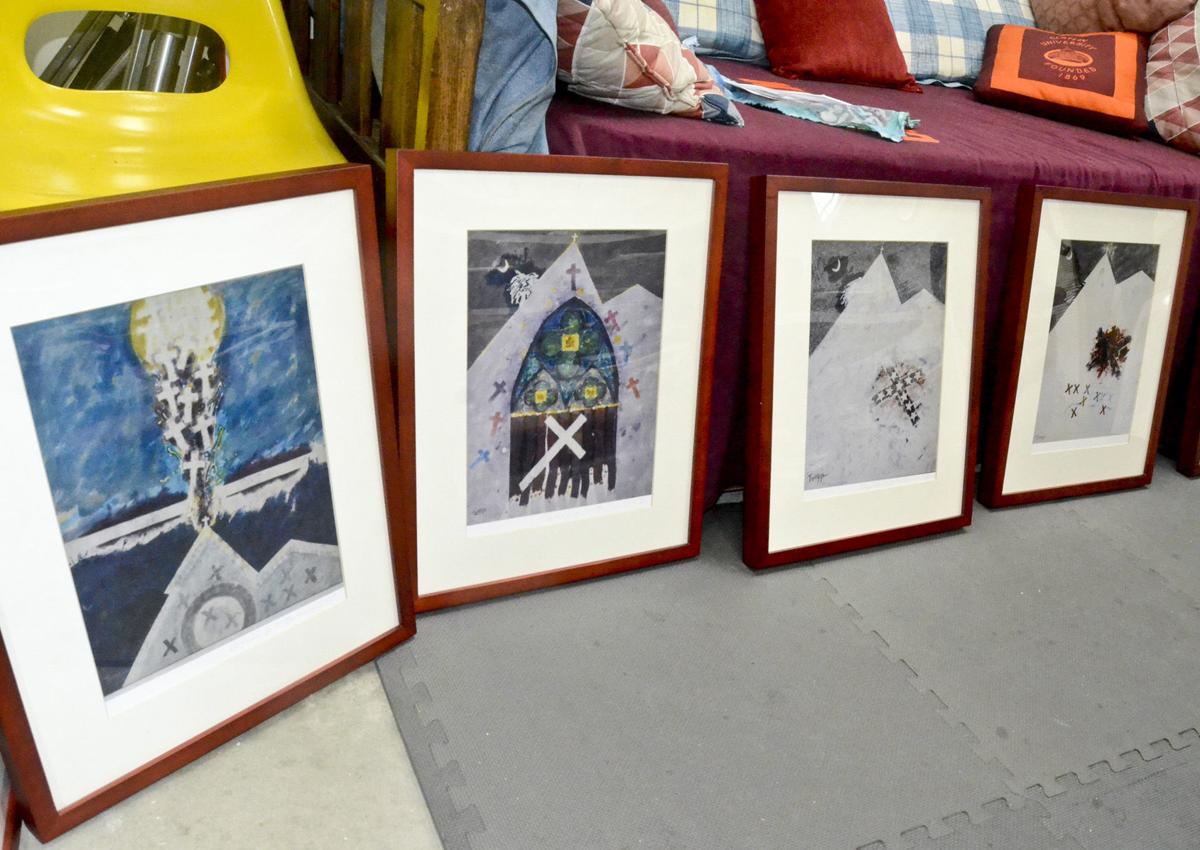 "This past year was beyond my wildest imagination," says Dr. Leo Twiggs of Orangeburg, the artist who has won national acclaim for two series of batik paintings, "Requiem for Mother Emanuel" and "The Nine," both inspired by the killings by gunman Dylann Roof of nine parishioners of Emanuel AME Church in Charleston during a Bible study on June 17, 2015.

Twiggs was awarded the Order of the Palmetto, the state's highest civilian honor, by Gov. Henry McMaster in a ceremony at the Statehouse in May 2017. During that same ceremony, the governor presented him with the state's highest honor in the arts, the 2017 Elizabeth O'Neill Verner Lifetime Achievement Award. In 1980, Twiggs was the first visual artist ever to receive the Elizabeth O'Neill Verner Award.

"For me, it was kind of the highlight of my career," he said of the dual honors this past year. "What's surprised me more than anything else is that all of this is happening at this time in my life."

"This past year was like the perfect storm when a lot of things came together that I never expected," Twiggs said.

Add to that list of achievements the fact that Twiggs has been selected as the 2017 Times and Democrat Person of the Year. T&D Publisher Cathy Hughes made the announcement.

"What a year it has been for Leo Twiggs! We are so happy at The Times and Democrat to close 2017 by naming Twiggs our Person of the Year — the ninth year of this annual designation," Hughes said.

"Twiggs’ body of work over a lifetime would have qualified him as Person of the Year, but 2017 stands out as one with numerous accolades for this renowned Orangeburg artist."

"I was fortunate to have been a 'classmate' of Leo Twiggs during a semester participating in Furman University’s Diversity Leadership Institute where respect and regard for him was evident," Hughes said. "He is not only an award-winning artist — he is a valuable ambassador for our community."

Twiggs says he's been "starstruck" by the awards and accolades that have come his way.

"I don't think it would have happened if I had not done the Mother Emanuel series. At his time in my career, I think the notoriety and national attention that the series created is probably what precipitated these awards," he said.

In a brochure titled "Requiem for Mother Emanuel: Leo Twiggs Captures Humanity Amidst Horror" that accompanies his shows, Courtney Tollison Hartness, Ph.D., Furman University, writes: "South Carolina's torrid racial past has long inspired powerful artistic statements from renowned South Carolina-based artist Leo Twiggs, yet the nine works created in the aftermath of the murders on the evening of June 17, 2015 at 'Mother Emanuel' AME Church in Charleston are perhaps the most compelling and poignant of his 60-year career.

"Within weeks of the tragedy, Twiggs began painting as a cathartic means of coping with not only the horrors of the event but also the awe he felt in the days after, as he watched South Carolinians unite in what he describes as 'the state's most humane moment.' Over the next 11 months, one painting begat ideas for another; the emotions kept flowing, and he kept painting.

"The symbolism in the batik paintings draws heavily from Twiggs' signature use of targets and the Battle Flag of the Army of Northern Virginia, commonly referred to as the Confederate battle flag."

Twiggs let his art talk for him through his use of batik, an ancient technique of manual wax-resistant dyeing applied to whole cloth. He spent several weeks manually dyeing and dipping fabric pieces to achieve the texturally rich and deep-toned "Requiem for Mother Emanuel" series.

The impact of the series on others surprised Twiggs.

"I've been painting a long time. I had never had people look at a show and cry or come away wiping their eyes. I mean, it was amazing," the artist said. "I just tried to go from hate to love, from hate to redemption (in the series). From hate to redemption is a journey, and what I tried to do when I was doing the paintings is to illustrate that trip. Where does the horror of the flag dissipate and Christian value - love - kick in? How does that kick in? And it was a painful transition."

In the aftermath of the Mother Emanuel tragedy, the Confederate flag was removed from the grounds of the South Carolina Statehouse, one of the stops on the state's journey from hate to love to redemption.

Over the years, he used a lot of Confederate flags in his art, Twiggs said. In the 1980s, he began focusing on a theme of the "targeted man," he said.

"When Mother Emanuel came, those two things came together. Dylann Roof was influenced by the flag and he targeted this church, and they are two things that I had always explored, and they came together," Twiggs said. "And I think the years of exploring both of those just came together in that series, and what's amazing is I think people saw it and I think maybe that was the impact of the series."

Twiggs said one of the highlights of 2017 was CBS' airing on the 6 o'clock news of a segment about the redemptive message of "Requiem for Mother Emanuel" at the end of a newscast that primarily focused on the violence in Charlottesville, Virginia, during the white supremacists' rallies back in August.

While racism continues to diminish America, the artist says he's optimistic that "good people in America will rise up and say, "Enough. No more."

"But somehow ... we have to cross over that (racism), and if we don't cross over it, we're going to lose our country. It's as simple as that."

The fact that racism is still alive in America is no surprise to Twiggs.

"What people don't understand is that while America is a democracy, hypocrisy is woven into it. Because how do you explain somebody writing 'we hold these truths to be self-evident, that all men are created equal,' and you have slaves? That doesn't wash," he said. "When the South seceded, they said, 'You're taking our rights to our property,' but that property they were taking the rights to were slaves, human beings. So there's this hypocrisy that is woven in and out of the American story. It's part of our DNA, and we African-Americans and all minorities in this country experienced that. And right now, we're experiencing it more than ever."

Twiggs added, "People know about our hypocrisy and they know that what they can do is create divisiveness by pitting groups against each other ... like what the Russians are trying to do. They create discord. ... America is a country of many different races and nationalities, and we are made up that way. We are stronger when we are together. And when somebody can find fissures and exploit those fissures ... then they weaken our country from without."

Twiggs says he feels he has exhausted all he wanted to say about the Mother Emanuel tragedy and it's time for him to move on. And new opportunities await the artist in 2018.

"Requiem for Mother Emanuel" is currently being shown at the Julie Collins Smith Museum at Auburn University and will be at the South Carolina State Museum in Columbia January through April 2018.

Also, the Mint Museum in Charlotte, North Carolina, has commissioned Twiggs to do a painting.

"This has been a journey. That's what art is. It's an adventure," he said. "When I came to this last year, with all these happenings, this is a place that I arrived at. I didn't go there. When you go somewhere, you know what you want to see when you get there. When you arrive someplace, all of a sudden this is where you arrive. This year, I have arrived at places I never thought I would," he said.

Throughout the years, Twiggs has shared his success with his beloved church, New Mount Zion Baptist Church in Orangeburg, helping purchase items for it and even designing and donating a six-foot circular window at the back of the church.

Reflecting on his success, the artist said, "You don't get these things because somebody just loves you. You get these things because you've been faithful and you've been blessed, and you need to share your blessings with other people. I've been a member of New Mount Zion for 40 years ... . And when the Lord helps me sell a painting, I always give something back (to the church). The church is my rock."

Facial recognition tech being tested for US flights

Facial recognition tech being tested for US flights

More about Orangeburg artist Leo Twiggs and his works

Orangeburg artist Leo Twiggs' latest work is inspired by the Mother Emanuel tragedy of 2015, which led to removal of the Confederate flag from…

Leo Twiggs among 5 finalists for award by Gibbes Museum

CHARLESTON -- Five finalists have been named by the Gibbes Museum of Art for the 2018 Society 1858 Prize for Contemporary Southern Art, includ…

New massacres a jolt for clergy who coped with past attacks

As Americans reel from back-to-back massacres in Texas and Ohio, religious leaders who have experienced violence in their houses of worship ar…

Lifetime achievers better us all

The new year is upon us. As we consider the people who will make a difference in 2021, we look back today at those having been a major positiv…

Dr. Leo Twiggs received both the Order of the Palmetto and the Elizabeth O'Neill Verner Lifetime Achievement Award in 2017.