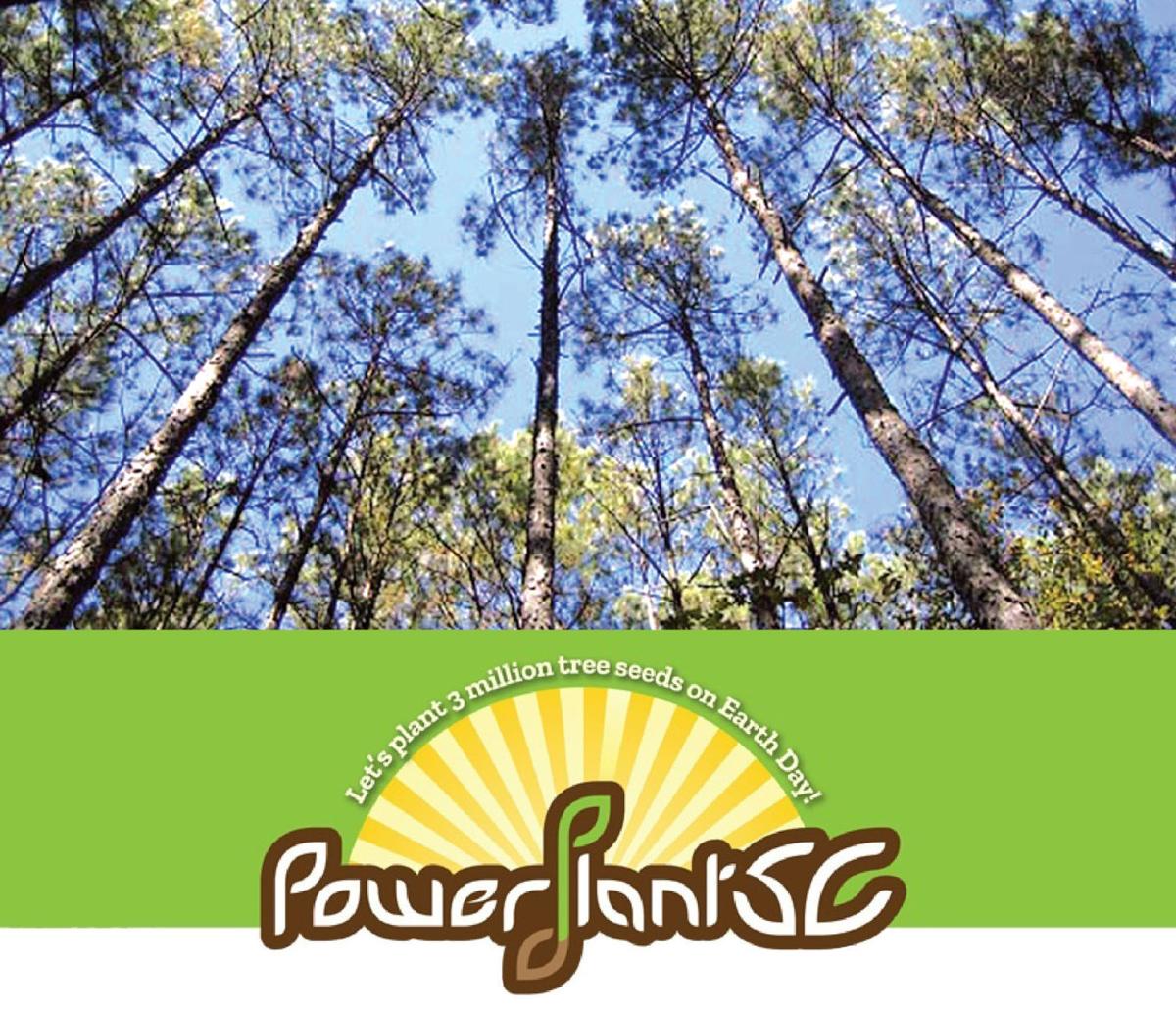 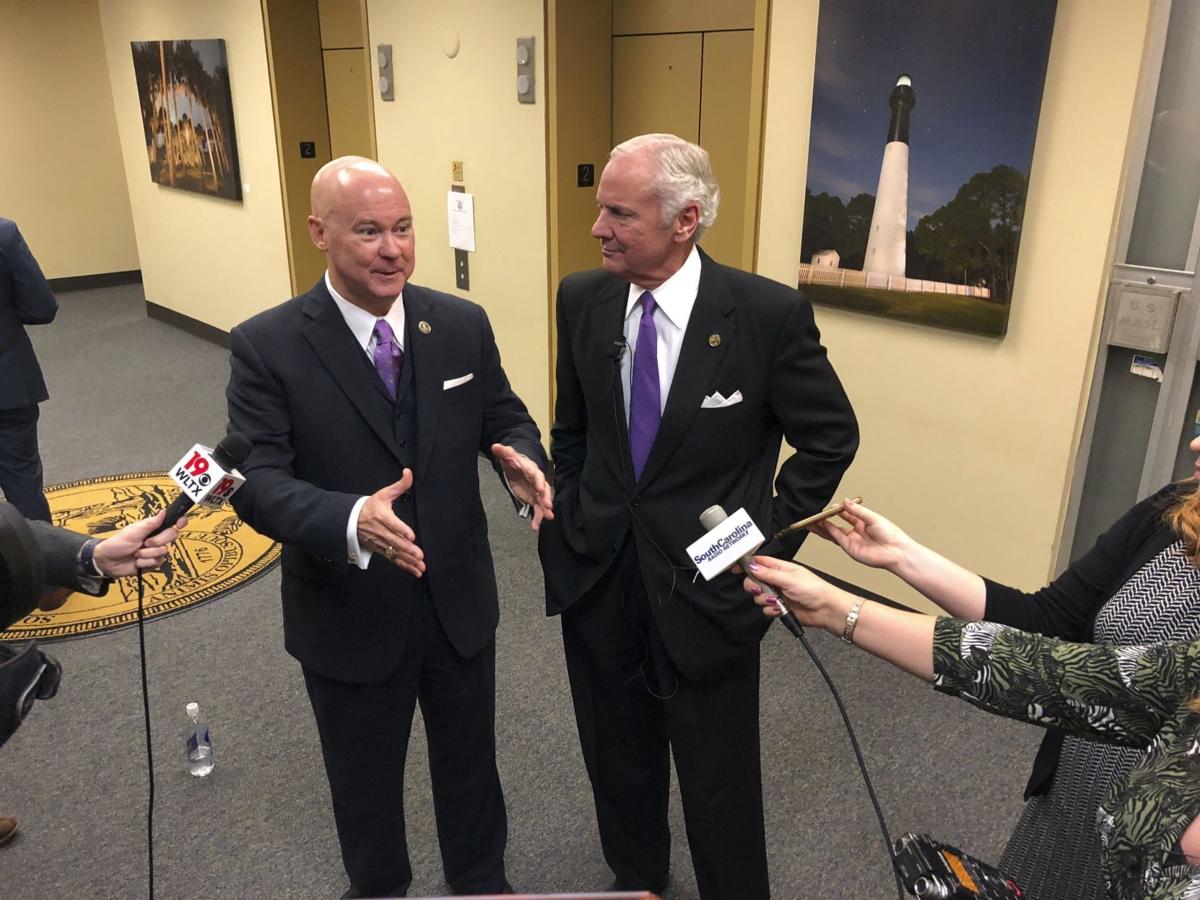 COLUMBIA – Global expedition leader and S.C. Floodwater Commission Chairman Tom Mullikin is on track to setting another record: the most trees ever planted in one day.

A project dubbed PowerPlantSC is all about planting 3.2 million pine trees across South Carolina on Earth Day, April 22.

“And Orangeburg County Boy Scouts will be key to the success of this effort,” said Mullikin, who conceived and is now directing PowerPlantSC.

The loblolly pine tree seeds, each in packs of 60 seeds and donated by the S.C. Forestry Commission, have been stored by the S.C. Department of Corrections ahead of distribution to staging areas.

“This will be the largest single-day tree planting event in American history,” Mullikin said. “This event – a project of the S.C. Floodwater Commission – involves a broad coalition of public, private and non-profit environmental partners which will not only raise awareness of the importance of trees to human and environmental health, but will aid in the mitigation of disastrous flooding which has plagued the Palmetto State since at least 2015 and even before.”

Interest in planting trees and setting a record is growing in Orangeburg County, with both 4-H clubs agreeing to participate and Boy Scouts from BSA Troop 500, sponsored by New Light United Methodist Church and the church’s United Methodist Men’s group, eagerly anticipating April 22.

“This is one of those truly good outdoor learning and giving-back programs that we are excited to be part of,” said Troop 500 Scoutmaster Ronald Mosely, who also serves as BSA’s Edisto District commissioner of the Indian Waters Council. “Currently we have approximately 15 Boy Scouts who will be planting trees. That number is increasing, and we hope to involve our Cub Scouts as well.”

According to Mosely, “Each of the trees will be named by the boys to make it personal. And though we are still working out the logistics and the permissions needed, we plan to plant trees – however many they will give us – at the Scouts’ homes, on church property, on church member properties if they’d like, and on the properties of the members of the United Methodist Men.”

In a January 2021 PowerPlantSC meeting facilitated by Mullikin and attended by S.C. Lt. Gov. Pamela Evette, she said, “We are not only planting and growing trees, but this is about growing our economy and growing our state. And through PowerPlantSC, we are now educating our children as to how important our environment is.”

Mullikin said he is encouraged by the planned participation of the area councils of the Boy Scouts of America statewide.

“We are thrilled to have BSA Troop 500 as part of our team,” Mullikin said. “In fact, all of our BSA councils are involved statewide. It’s quite literally a mission tailor-made for Scouts.”

“PowerPlantSC is so perfectly aligned with our mission and activities,” Stone said. “This is a great opportunity not only for Scouting families, but for the community as a whole.”

PowerPlantSC officials also want the Scouts to be recognized for their work in a visible, memorable way. Consequently, Mullikin is overseeing the design of an event-specific patch for Scouts, which Stone says will be authorized for wear on the uniform.

Additionally, the PowerPlantSC tree-planting effort will become part of Scouting BSA’s merit badge “advancement program” for older Scouts, with separate achievement recognition for the younger Cub Scouts who will also be participating.

The tree-planting effort is also hoped to serve as a future natural defense against the threat of disastrous floodwater events.

“Trees, vegetation and soils are components of pervious surface cover that help absorb stormwater and reduce the harmful effects of flooding, erosion and runoff,” said Douglas E. Wood, director of communications with the S.C. Forestry Commission, a partnering agency of PowerPlantSC.

“Expanding tree cover through this project – and especially through successive, ongoing satellite-spin-off events and initiatives – will allow for offsetting of stormwater naturally and aid in infiltration.”

Wood believes that over the next 50 to 80 years, the newly planted trees will serve to intercept and mitigate thousands to perhaps millions of gallons of stormwater for the communities in which they are planted.

“As they continue to grow larger over time, their capacity and effectiveness for storm water uptake and management will only increase,” Wood said.

Mullikin said that though it may be difficult if not impossible “to exactly measure in terms of long-term impact, wherein we would also have to factor in future storms and otherwise rising sea levels, there is no question but that trees are one of our greatest natural defenses against disastrous flooding.”

Floodwater defense or not, PowerPlantSC will likely lead to a new North American record. But it all comes back to protecting, educating and generally bettering the world, Mullikin said.

Hunting and fishing are more than just a way of life in South Carolina, they are also a huge economic driver.