Become a Member
Read Today's E-edition
Share This
Small Business/Person of Year winner: ‘I love doing business in Orangeburg’
0 comments
Share this
1 of 3 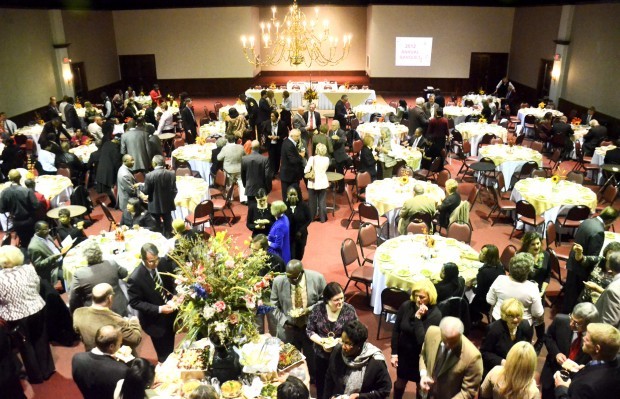 The Orangeburg County Chamber of Commerce honored a number of people during its annual banquet on Thursday. 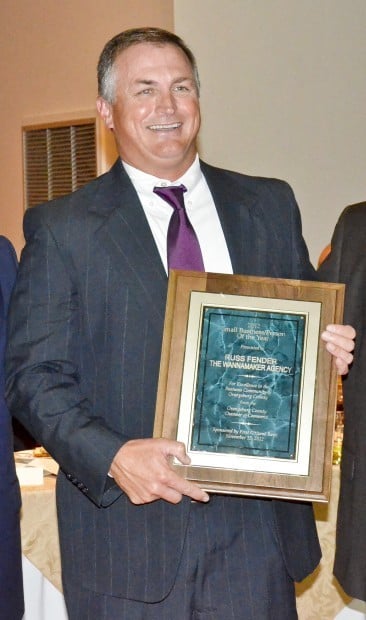 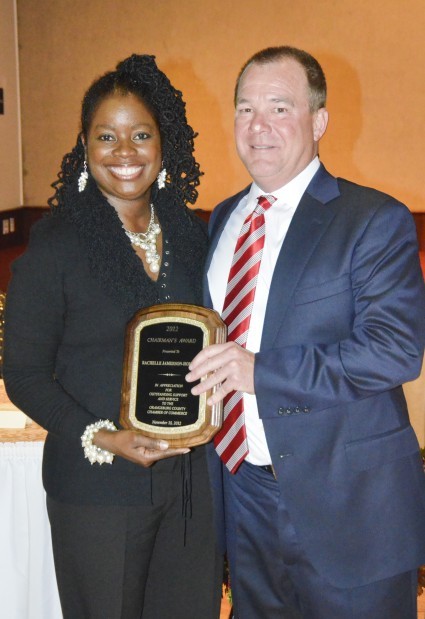 “The winner of the 2012 Small Business/Person of the Year Award is a life-long resident of our community, being born and raised in Orangeburg,” Allen Fairey of First Citizens Bank said upon the presentation of the award Thursday night.

“He has been the president of his company since 1990 in addition to being a U.S. Army Captain, retired, an Apache helicopter pilot and company commander of an attack helicopter company for the S.C. Air National Guard.”

It was at the mention of “Apache helicopter pilot” that Orangeburg’s Wannamaker Agency Inc. President Charles Russ Fender knew he was the award winner.

“I am overwhelmed by this,” Fender said following the receipt of the award at the annual Orangeburg County Chamber of Commerce banquet held at The Cinema. “I am completely shocked.”

The award is sponsored by First Citizens Bank.

Fender says the goal of the Wannamaker Agency is to create “long-lasting relationships with each of our clients so that we may continue providing excellent service for many years to come.”

A native of Orangeburg, Fender is a 1986 graduate of the Citadel where he received his bachelor’s degree in business.

A former U.S. Army officer and helicopter pilot, Fender served as commander of an Apache attack helicopter company from 1986 through 2000. He then owned Patch the Pony, a child safety and protection business for 11 years.

All the while, he has been the president of the Wannamaker Agency since 1990.

“My employees try to be civically minded,” Fender said, noting they are “extremely” important.

He gave his father credit for his success.

Despite the challenging economy, Fender said being able to diversify has been the key to remaining in business.

“We spread ourselves amongst both commercial insurers, personal lines, finance,” he said. “What we lost in commercial lines, we made up in personal. We tried to be as broad as we could and operate.”

“We want that personal relationship,” he said.

Fender and his wife, Leslie, have three children.

“I love doing business in Orangeburg,” he said.

* The Chairman’s Award for outstanding support and service to the chamber was presented to Rachelle Jamerson-Holmes.

A recipient of the state’s highest citizen award, the Order of the Palmetto, Atkinson has done a number of things for the Orangeburg community over the years including helping with renovations on Stevenson Auditorium, compiling photos and a recorded history of Orangeburg, building benches at Edisto Memorial Gardens and contributing to Keep America Beautiful and Project Hope.

* The fourth annual Austin Cunningham Award (“The Austin”), sponsored by the Orangeburg County Community of Character, was presented to Don Tribble, the retiring executive director of the Community of Character program. The program promotes good character and has earned a high level of respect within the community.

Tribble is the cofounder of the Orangeburg Touchdown Club, has served as chairman of the City of Orangeburg Planning and Zoning Commission and, as a leukemia survivor, works extensively with and was instrumental in beginning Orangeburg’s Relay for Life.

Wife Bernice Tribble could be seen wiping tears from her eyes upon the announcement.

n The 29 2012 graduates of Leadership Orangeburg County were introduced.

The group raised $6,523 with $3,011 going to both Healing Species and CASA Family Systems.

* The chamber also paid tribute to members who have served the organization and outgoing officers and board members.

The newly elected board members were also introduced.

Staff Writer/Photographer for The Times and Democrat To get local news all the time, become a member at https://thetandd.com/members/join/

Photos from this year's Orangeburg County Chamber of Commerce Banquet.

Girl with no hands, one leg becomes acrobatic dancer

Girl with no hands, one leg becomes acrobatic dancer

Goat wanders inside office building and steals documents in India

Goat wanders inside office building and steals documents in India

The Orangeburg County Chamber of Commerce honored a number of people during its annual banquet on Thursday.