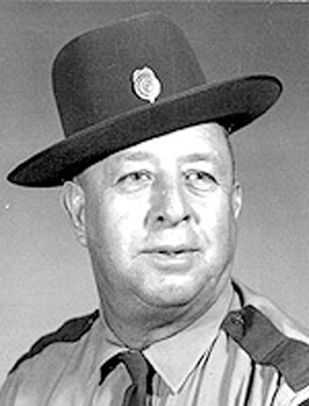 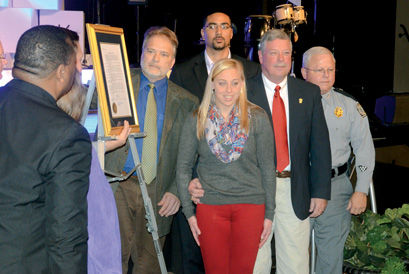 An Orangeburg patrolman who was killed on a stretch of dark highway 42 years ago will now be remembered by thousands traveling past.

State and local officials dedicated two Interstate 26 rest areas on Wednesday as the SCHP Patrolman First Class Roy O. Caffey Memorial rest stops to remember the trooper who gave his life in the line of duty.

“He served bravely and honorably, and was killed in a cowardly act,” said Col. Mike Oliver of the S.C. Highway Patrol. “We learn to live with the loss, but we can never forget them.”

At the same time a plaque was unveiled during the dedication ceremony held at Cornerstone Community Church in Orangeburg, two plaques were unveiled on I-26, one for eastbound traffic and another for westbound about five miles away.

Oliver said Caffey, a 25-year veteran of the Highway Patrol, was shot and killed on the night of Oct. 8, 1972. He had gone back on patrol after making an emergency blood run between hospitals.

Just as his night was to end, Caffey radioed he would be meeting the replacement officer shortly. That was the last dispatchers heard from the veteran officer.

“It would be 24 years before one suspect was arrested,” Oliver said.

State Department of Public Safety Director Leroy Smith recognized the fact the ceremony would “open wounds.” But the goal of the ceremony was to remember a man who gave his life serving his community.

Smith cited John 15:13 that states there is no greater love than that of a man who lays down his life for another.

“Patrolman Caffey loved his community, loved his job, but most of all, he loved his family,” he said.

Caffey said his father was originally from Texas but had served in the U.S. Navy as a diver based in Charleston. That led the young sailor to meet his wife, Mildred. The couple later moved to Orangeburg where Caffey joined the Highway Patrol in January 1947.

In the 1990s, Robert Caffey worked with the state DPS to have “Unsolved Mysteries” profile his father’s death. The broadcast helped lead to the arrest of a Santee woman. The two men the woman said did the actual shooting had died by that time, one in traffic accident in 1981 and the other in a domestic dispute three years later.

“I know that your father would have been so proud,” Oliver said. “Know that you and your family are always a part of the Highway Patrol family.”

The resolution to name the I-26 rest stops after the patrolman came about through an effort by state Sen. Brad Hutto, D-Orangeburg, who said he came from a law enforcement family.

“From now and forever, we’ll remember your dad,” he said after reading aloud the state resolution dedicating the rest stops.

Officials recognized the family members of Troopers Marvin Titus and Mark Coates who were in attendance. Those two troopers were both killed in the line of duty on Nov. 20 in 1991 and 1992, respectively.

Robert Caffey said the signs now unveiled on the interstate seem appropriate. It was there he and his father had most of their conversations, since the elder Caffey would just as soon you didn’t scare the deer away while hunting.

“He was a good person, I enjoyed him,” he said. “He gave me desire, he gave me determination. He gave me hope and inspiration. Thank you so much.”

Patrolman Roy O. Caffey is honored at a dedication ceremony where rest stops on Interstate 26 is named for him.

The only person ever held responsible for the slaying of S.C. Highway Patrolman Roy Caffey has died.

Role in Caffey case is example of SLED spokesman’s impact

THE ISSUE: The death of Hugh Munn