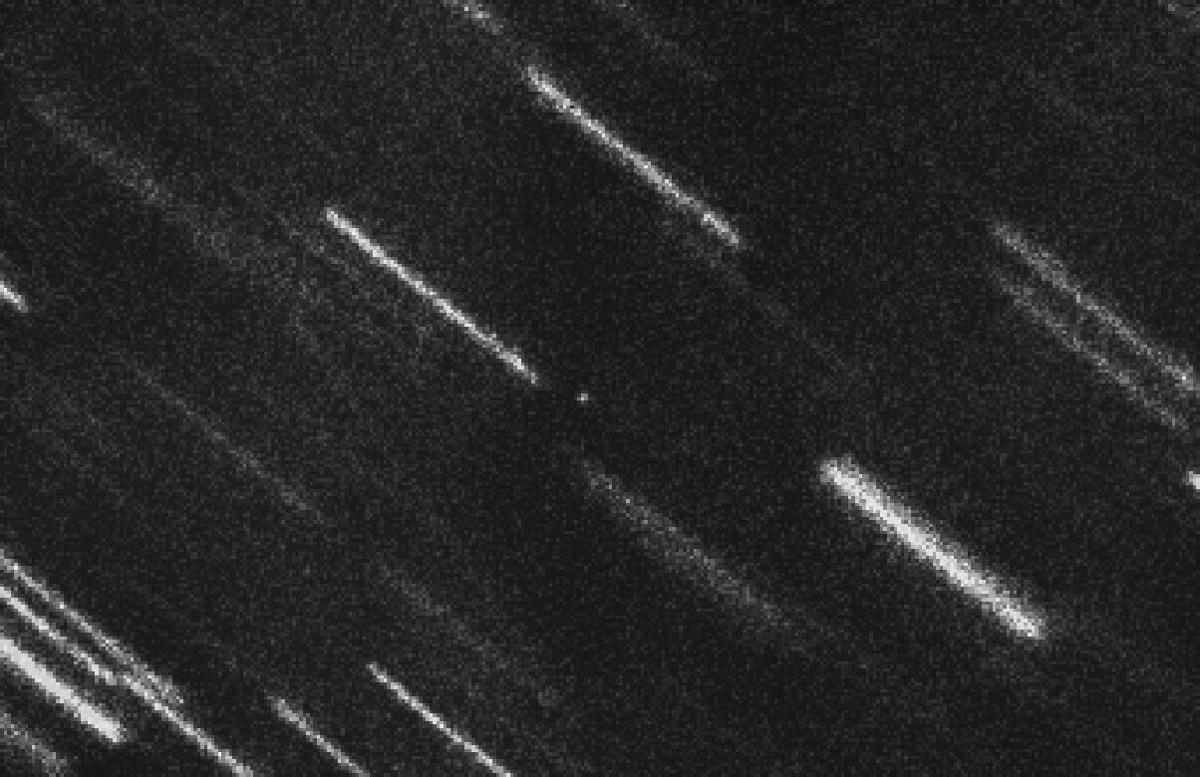 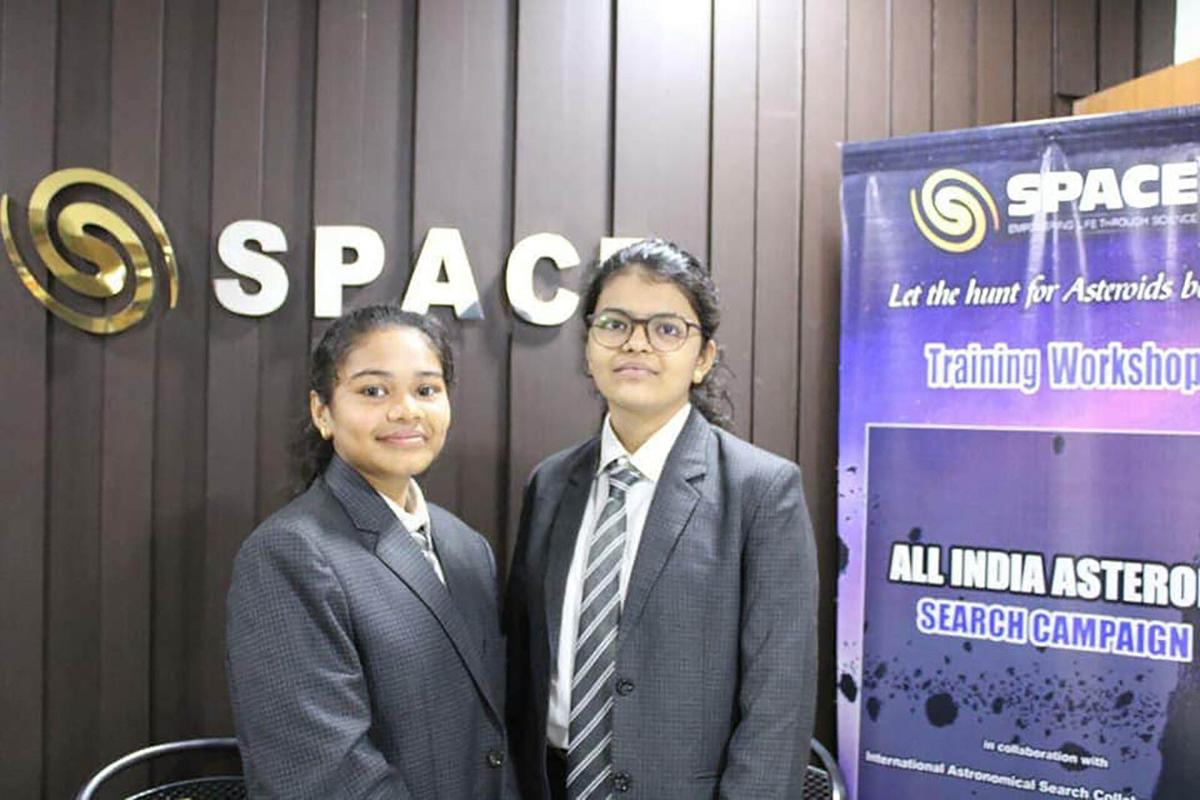 Radhika Lakhani stands on the left with her project partner Vaidehi Vekariya. They discovered an asteroid which is slowly shifting its orbit and moving towards Earth.

Two Indian schoolgirls have discovered an asteroid which is slowly shifting its orbit and moving toward Earth.

Radhika Lakhani and Vaidehi Vekariya, both studying in 10th grade, were working on a school project when they discovered the asteroid, which they named HLV2514.

The girls, from the city of Surat in the western Indian state of Gujarat, were participating in a Space India and NASA project, which allows students to analyze images taken by a telescope positioned at the University of Hawaii.

Aakash Dwivedi, senior educator and astronomer at Space India, told CNN that students across India were taught how to spot the celestial bodies using software which analyzes images collected by NASA's PAN Star telescope. Students then searched for moving objects in the pictures.

The project, Dwivedi explained, was intended to involve and educate students in science and astronomy.

"We started the project in June and we sent back our analysis a few weeks ago to NASA. On July 23, they sent us an email confirming that we had identified a near Earth object," Vekariya, who is 15 years old, told CNN.

Dwivedi explained that the asteroid is currently close to the orbit of Mars -- but in 1 million years, it will change its orbit and move closer to Earth, although it will still be at a distance of more than 10 times the distance which exists between the Earth and the Moon.

"Asteroids are taken very seriously by NASA. Since this asteroid is changing its orbit it has become news," said Dwivedi.

Vekariya said pupils could not celebrate the discovery, due to the pandemic, but added: "This was a dream. I want to become an astronaut."

She said: "It is such a vast topic. There is no limit to search in space, especially the black hole theory."

5 ways families can enjoy astronomy during the pandemic

COVID-19 may have messed up school and shut down a lot of entertainment venues. But you can still brighten things up by doing a little stargazing at night, an astronomer says.

Tuesday is International Asteroid Day, commemorating the Earth's largest recorded asteroid impact while focusing on the real danger of asteroids that could collide with Earth.

Pluto may have started hot and contained an ocean, according to new discovery

Today, the dwarf planet Pluto orbits the sun from the edge of our solar system and its surface temperature is an inhospitable negative 378 to negative 396 degrees Fahrenheit. But a new study suggests that wasn't always the case.

What is the Harvest Moon? A guide to full moon nicknames

Why are full moons sometimes called by specific names? It turns out it's not some new social media trend. Here's a guide.

Researchers calculated that the meteoroids had a total mass 30 to 60 times that of the asteroid that wiped out the dinosaurs.

Baby Yoda hitches a ride to the International Space Station

Baby Yoda hitches a ride to the International Space Station

Experts Find Some Dinosaurs Were Simply Mini Versions of Their Parents

Experts Find Some Dinosaurs Were Simply Mini Versions of Their Parents

Radhika Lakhani stands on the left with her project partner Vaidehi Vekariya. They discovered an asteroid which is slowly shifting its orbit and moving towards Earth.