When Luke Skywalker emerges from his home at dusk on the planet Tatooine in "Star Wars: Episode IV - A New Hope," he watches twin suns setting in the sky. The two suns are misaligned, with one lower in the sky than the other.

That could be the view from a potential planet orbiting in the GW Orionis system, according to new research. This system contains three stars and is located 1,300 light-years away from Earth in the Orion constellation.

It starts with a disk: When stars are born from gas and dust, a disk of leftover gas and dust forms around them. This is where planets form, and it's called the circumstellar disk.

Two international teams of astronomers observed the triple-star system using multiple telescopes, which led the scientists to discover the first direct evidence that stars can rip their planet-forming disk. The end result is a warped disk with tilted rings.

A fractured disk is difficult to picture, considering that our solar system is pretty flat. This means that all of the planets orbit around the sun in the same plane.

But that doesn't mean it's normal for other planetary systems, especially disks that form around multi-star systems. And in the case of GW Orionis, the disk is anything but flat.

"Instead it is warped and has a misaligned ring that has broken away from the disc," said Stefan Kraus, lead study author and associate professor of astrophysics at the University of Exeter in the UK, in a statement. "The misaligned ring is located in the inner part of the disc, close to the three stars. The effect is that the view of a potential planet within this ring looks remarkably like that of Tatooine, of Star Wars fame."

In the study, the researchers also identified where planets may form, or already exist, in this intriguing system. In fact, the innermost ring, which is very tilted, contains enough dust to create 30 planets with the mass of Earth.

A planet formed in this misaligned part of the fractured disk would have a highly unusual orbit. It would likely orbit distantly and at an inclined angle -- and possibly even in reverse, which is called a retrograde orbit.

The study published Thursday in the journal Science.

To understand the eccentricities of the GW Orionis system, astronomers observed it for more than 11 years to precisely map the orbits of the three stars. The researchers discovered that the stars were misaligned, compared to each other as well as the disk, and that they did not orbit in the same plane.

The inner ring of the fractured disk is the most misaligned when compared to the three stars and outer rings that surround them. And with the third star's comparatively longer orbital period, the outermost ring is the largest ever seen in a planet-forming disk.

The observations "revealed the gravitational dance of the three stars in the system," Kraus said. These observations were also combined with computer simulations to help solve the mystery of what caused the disk fracturing.

The researchers' simulations showed that the gravitational pull of the misaligned stars could effectively tear the circumstellar disk. This would cause the disk around the three stars to fracture into distinct rings.

But Jiaqing Bi, a graduate student at the University of Victoria in Canada, and his team ran simulations for their study of GW Orionis, published in May, that suggested a second possibility: a planet.

"Our simulations show that the gravitational pull from the triple stars alone cannot explain the observed large misalignment. We think that the presence of a planet between these rings is needed to explain why the disk was torn apart," said Nienke van der Marel, Bi's team member and Banting fellow at the department of physics and astronomy at University of Victoria, in a statement.

"This planet has likely carved a dust gap and broken the disk at the location of the current inner and outer rings."

Future observations of this system, including the European Southern Observatory's Extremely Large Telescope under construction in Chile and coming online in 2025, could reveal this potential planet.

"Since more than half of stars in the sky are born with one or more companions, this raises an exciting prospect: there could be an unknown population of exoplanets that orbit their stars on very inclined and distant orbits," said Alexander Kreplin, study coauthor and research fellow at the University of Exeter, in a statement.

Whether it already exists or is still in the process of forming, the planet in this system would be the first observed to orbit three stars, the researchers said.

And it would be just one of many exoplanets found outside of our solar system that resemble the weird and wonderful planets of Star Wars.

'Star Wars' decor from a galaxy far, far away

Researchers have discovered a rare songbird, called the rose-breasted grosbeak, that is male on one side of its body and female on the other.

A reef measuring about 1,600 feet has been found in Australia's Great Barrier Reef, making it taller than some of the world's highest skyscrapers.

If a robot is conscious, is it OK to turn it off? The moral implications of building true AIs

Philosophers say now is the time to mull over what qualities should grant an artificially intelligent machine moral standing.

Beetle can survive being run over by car, could inspire tough new materials

Scientists are studying what the diabolical ironclad beetle's crush-resistant shell could teach them about designing stronger planes and buildings.

The Orionid meteor shower peaks this week. Here's how and when to watch

What makes these showers distinct are the beautiful gas trails left behind that can stretch out for seconds after the meteor itself is gone. Or they can break up into bright fragments.

If a robot is conscious, is it OK to turn it off? The moral implications of building true AIs

Philosophers say now is the time to mull over what qualities should grant an artificially intelligent machine moral standing.

A reef measuring about 1,600 feet has been found in Australia's Great Barrier Reef, making it taller than some of the world's highest skyscrapers.

Researchers have discovered a rare songbird, called the rose-breasted grosbeak, that is male on one side of its body and female on the other.

Catch the peak of the Orionid Meteor Shower

Catch the peak of the Orionid Meteor Shower 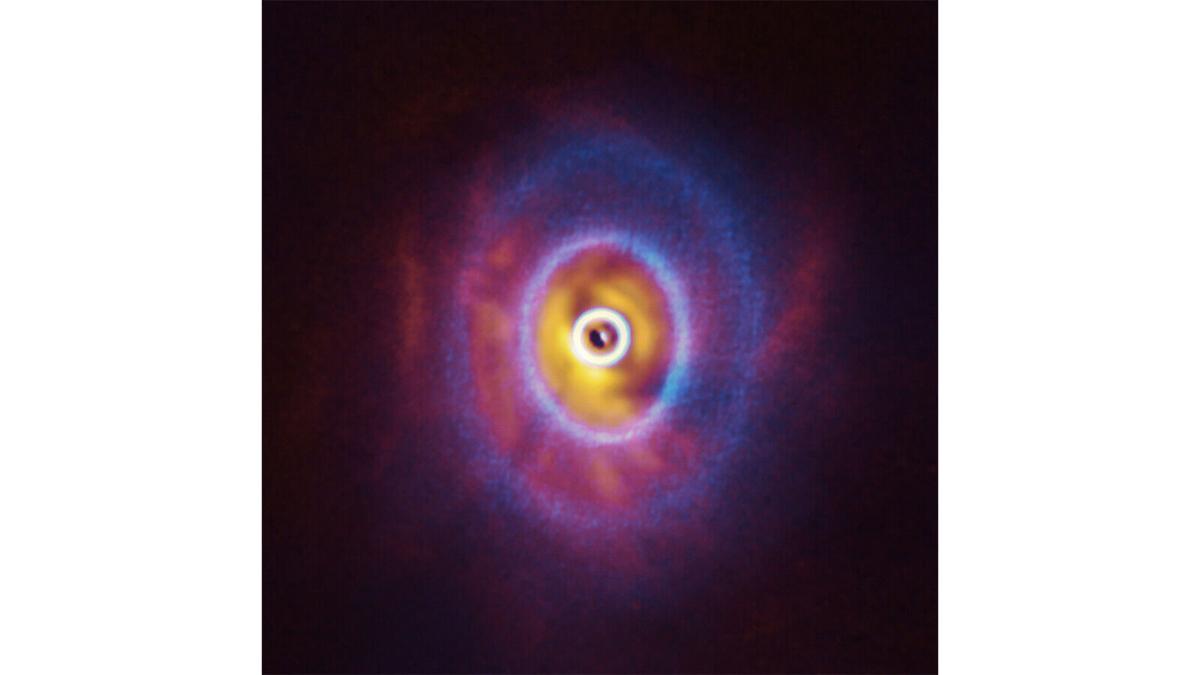 This composite image shows both the ALMA and SPHERE observations of the disk, including the rings. 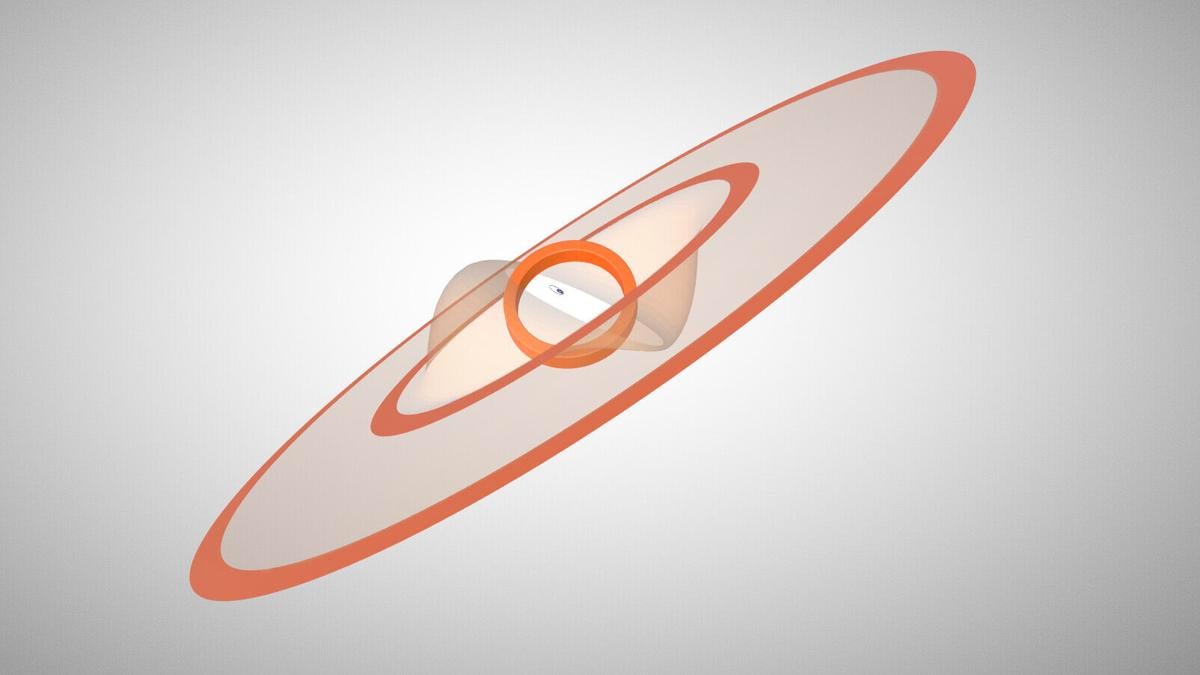 This graphic shows the misalignment of the stars and their rings in the system. 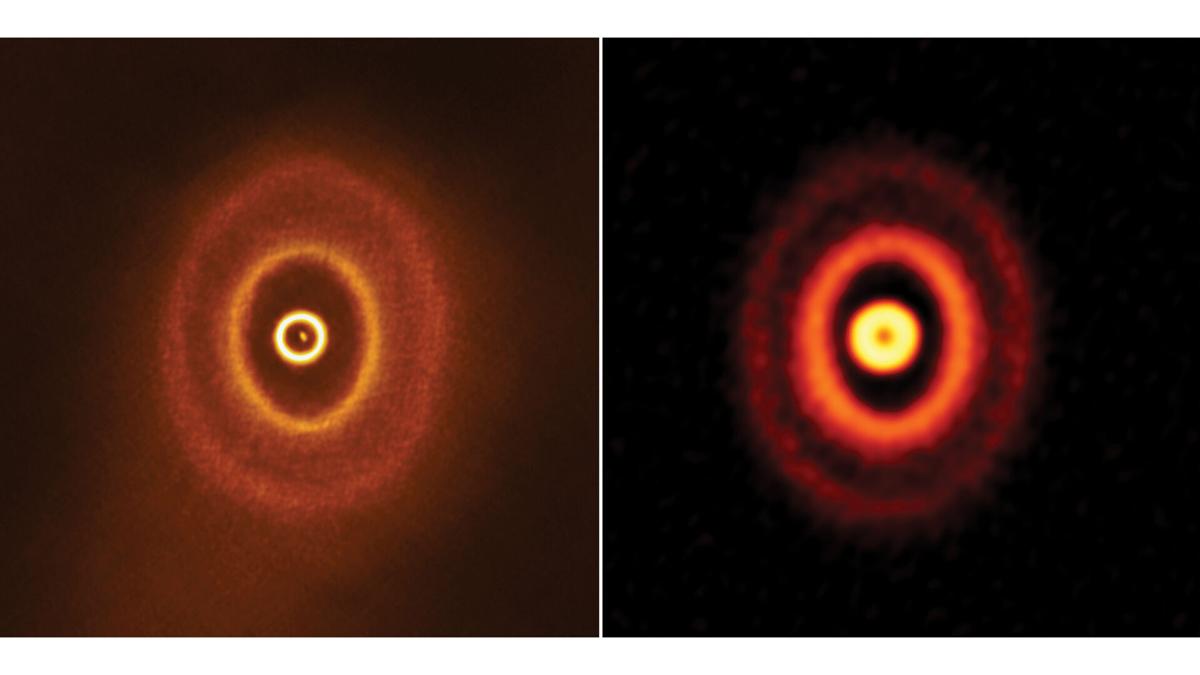 These images, captured in 2018 (left) and 2017 of GW Orionis show its misaligned rings. 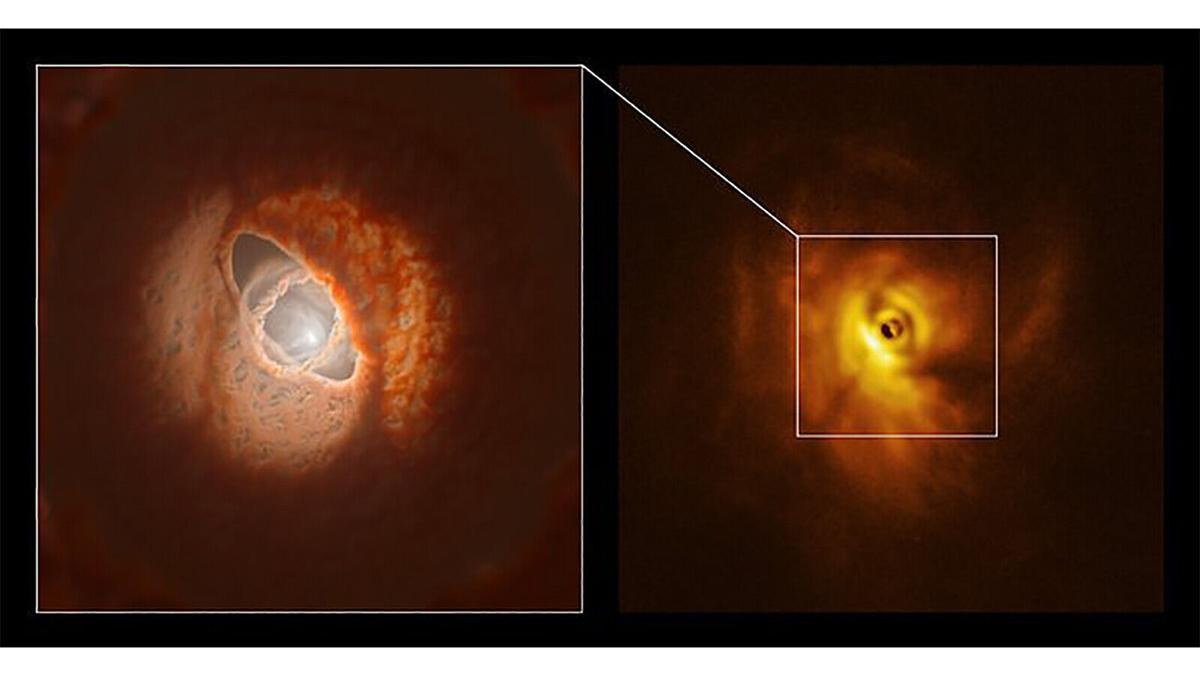 The SPHERE image (right) with an ESO artist impression (left).