The great-grandson of the legendary Lakota Sioux Chief Sitting Bull has been confirmed as his closest living relative using an innovative new DNA technique applied to hair taken from the Native American leader's scalp lock.

People had tried to question Ernie LaPointe's relationship with Sitting Bull, who was also known as Tatanka-Iyotanka, LaPointe said in a news release. LaPointe wanted to have their relationship confirmed via genetic analysis to put an end to the speculation and allow the final resting place of Sitting Bull's remains to be settled.

Keep scrolling for a listing of places in the U.S. with Native American meanings

The analysis was done using autosomal DNA extracted from genetic fragments in the hair lock, which was in poor condition after being stored for more than a century at the Smithsonian Museum in Washington. It was returned to LaPointe and his sisters in 2007.

Other techniques rely on mitochondrial DNA, which can only trace the female line, or the Y-chromosome in nuclear DNA, which traces the male line. The technique using nuclear DNA couldn't be used because Sitting Bull only had daughters. These types of DNA can also be hard to extract from damaged remains.

"To our knowledge, this is the first published example of a familial relationship between contemporary and a historical individual that has been confirmed using such limited amounts of ancient DNA across such distant relatives," according to the study that published Wednesday in the journal Science Advances.

It took the scientists 14 years to find a way of extracting usable DNA from a piece of Sitting Bull's hair that was 5 to 6 centimeters (2 inches) long. The technique searches for autosomal DNA in genetic fragments in the body sample. Because we inherit half our autosomal DNA from our father and half from our mother, this means genetic matches can be checked no matter whether the relative is on the father's or mother's side of the family, the news release said.

Study author Eske Willerslev, a professor at the University of Cambridge's department of zoology and the Lundbeck Foundation GeoGenetics Centre in Denmark, said Sitting Bull had long been a hero to him.

"I almost choked on my coffee when I read in a magazine in 2007 that the Smithsonian Museum had decided to return Sitting Bull's hair to Ernie Lapointe and his three sisters," he said in the news release.

"I wrote to Lapointe and explained that I specialized in the analysis of ancient DNA, and that I was an admirer of Sitting Bull, and I would consider it a great honor if I could be allowed to compare the DNA of Ernie and his sisters with the DNA of the Native American leader's hair when it was returned to them."

The researchers said the study opens the possibility for broadening genealogical research, even when only minor fragments of ancient genetic material are available.

Sitting Bull is best known for his victory over then-US Army Lt. Col. George Armstrong Custer in the 1876 Battle of the Little Bighorn. Fourteen years after this battle, he was shot and killed while he was being arrested, the study said.

LaPointe said the confirmation that he is Sitting Bull's great-grandson will allow him to settle questions over the Sioux chief's burial site. People can pay their respects to Sitting Bull at two official gravesites, one at Fort Yates, North Dakota, and one at Mobridge, South Dakota. LaPointe believes his bones lie at Mobridge, a place that has no significant connection to Sitting Bull.

With DNA evidence to back up his status, Lapointe, according to the news release, now hopes to rebury the great Native American leader's bones in a more appropriate location.

Places in the United States with Native American meanings

ICYMI: Trending stories from the past week

The local sheriff said he didn't know why the boy's father bought the gun. Several students from the shooting remain in critical condition, including a 14-year-old on ventilator. Here's the latest.

More than 50 now dead in coal mine blast; plus other top news today

Finding other survivors is highly unlikely, officials said. In the U.S., weather may make post-Thanksgiving travel tricky, and hundreds of FedEx shipments have been found dumped in a ravine.

Authorities say eight people were wounded in an attack at a Michigan high school in which three students were killed.

New COVID-19 variant spreads in Africa: What you need to know

It's unclear where the new variant actually arose, but a slew of nations moved to restrict travel from Africa. Here's what you need to know, plus more updates and the latest data on infections and vaccination.

The latest on the new omicron variant: Two new cases confirmed in Britain as new restrictions are being placed on travel with each passing hour.

Prosecutors have asked the U.S. Supreme Court to review the ruling that overturned Bill Cosby's conviction.

Two countries half a world apart become the latest to detect the new omicron variant in travelers arriving from southern Africa. Get the latest here.

Here's what you should know about this week's Supreme Court case over abortion, where Roe v. Wade is facing its most serious challenge in 30 years.

A panel of U.S. health advisers backed the benefits of a closely watched COVID-19 pill from Merck, setting the stage for likely authorization. 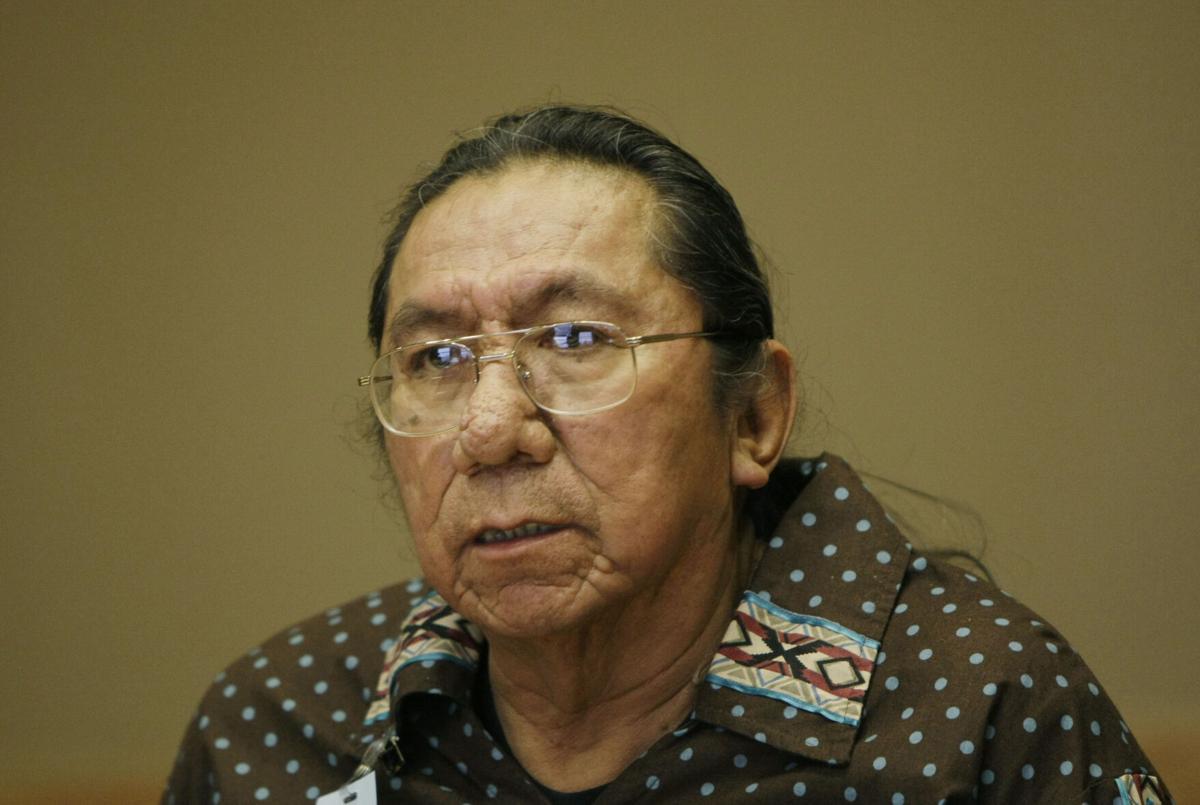 Ernie LaPointe, the great-grandson of Sitting Bull, speaks in Washington, Wednesday, Dec. 5, 2007, after a signing ceremony to return Sitting Bull's hair and legging to family. Sitting Bull was killed in 1890 and items where later sent to museum in 1896. 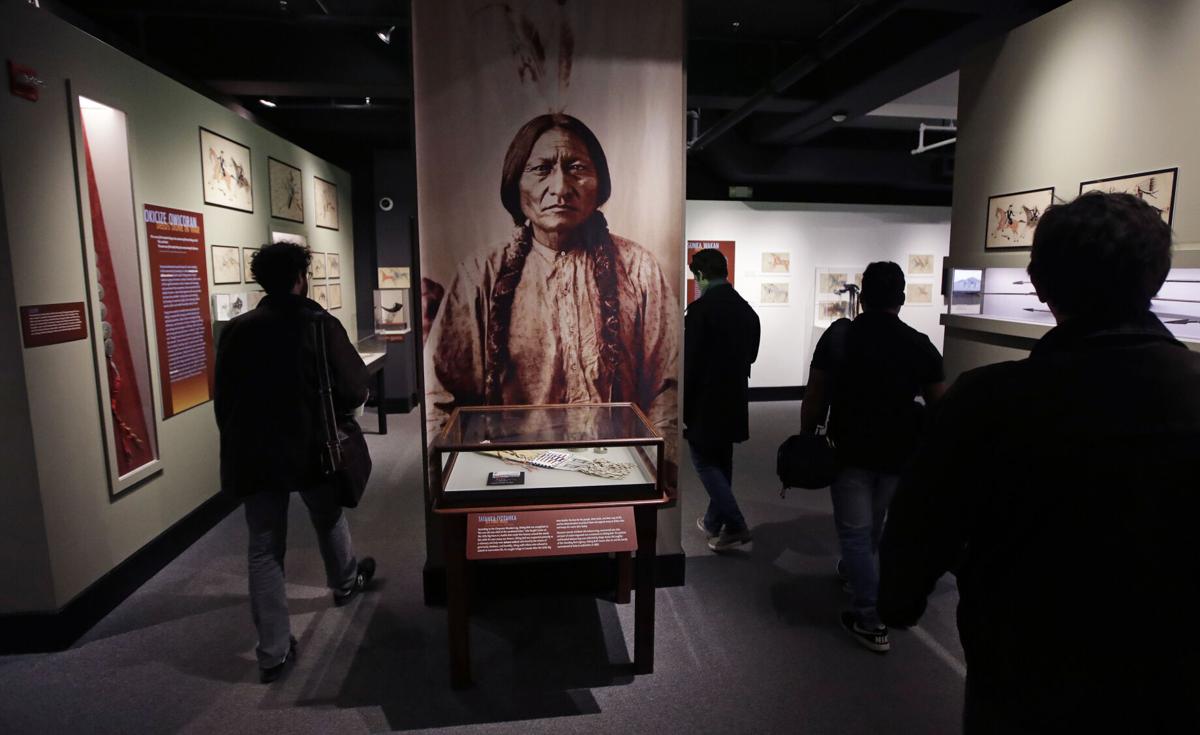