SEOUL, South Korea (AP) — Money laundering is not a good idea, as a South Korean found out when he or she put banknotes in a washing machine to remove possible traces of the coronavirus.

Officials say the loss was considerable.

The person living in Ansan city, near Seoul, placed an unspecified amount of 50,000-won ($42) bills in a washing machine earlier this year. Some of the money was seriously damaged, and the person reached out to the Bank of Korea to find whether it could be exchanged for new bills.

Under bank rules on the exchange of damaged, mutilated and contaminated banknotes, the person was provided with the new currency totaling about 23 million won ($19,320), the Bank of Korea said in a statement.

Bank official Seo Jee Woun said the number of 50,000-won bills the bank exchanged at half value was 507. She said the bank doesn’t count the number of bills that it cannot exchange because damage is too big.

She said bank officials didn't know exactly how much money the person tried to wash.

She said the loss would still be “considerable.”

How much the central bank should exchange in a situation like this depends on how seriously banknotes are damaged. The bank can provide the new currency at face value if damage is minimal, but at half value or not at all if damage is significant.

The amount in question was condolence money given by relatives, friends and others during a family funeral, according to the bank.

The person has been only identified by family name Eom. Bank officials gave no further personal information citing privacy law.

How about microwaving money?

According to the bank, another person, surnamed Kim, put bills in a microwave over similar coronavirus concerns earlier this year. The bank exchanged Kim’s damaged money with the new currency worth 5.2 million won ($4,370). Seo said Kim’s losses were not big.

South Korea’s central bank has advised the public to avoid putting banknotes in a microwave saying its disinfection effect is unclear. Anti-virus guidelines in South Korea don’t include sterilizing money in a washing machine either.

Virus in brief: Tests exposed as imperfect, and more to know today about COVID-19

Plus: 100 air passengers get banned for no masks, while it's Harleys everywhere and masks nowhere at the annual Stugis biker rally. Also: Get back-to-school safety tips in this time of COVID-19.

Coronavirus update: Wave of evictions expected as moratoriums end in many states. Get the latest.

Some 23 million people nationwide are at risk of being evicted, according to The Aspen Institute. Get caught up on the morning's virus developments.

A Georgia high school student said her five-day suspension for sharing images of crowded conditions on campus was lifted on Friday after she appealed.

Get caught up with the morning's top headlines, the national weather forecast, today's celebrity birthdays and more.

Virus review: Aid talks at risk of collapse; US rescinds global 'do not travel' warning

Hopes on Capitol Hill for a deal soured Thursday and there was increasing worry that GOP negotiations with Democrats might collapse. Get the latest here.

Virus briefing: US tops 5 million cases, with no end in sight

Five states account for 40% of cases. Get a full report and see five charts that show the spread in our state and nation.

An 18-month investigation highlighted misspending and self-dealing allegations that have roiled the NRA and its longtime leader, Wayne LaPierre, in recent years.

Few challenges are proving to be more daunting than figuring out how to maintain social distance on school buses. Get caught up on the latest virus developments.

Democratic presidential candidate Joe Biden will not travel to Milwaukee to accept his party's White House nomination because of concerns over the coronavirus.

A Facebook video shows the children on the ground in a parking lot, surrounded by police.

Astronaut left his family photo on the moon

Astronaut left his family photo on the moon 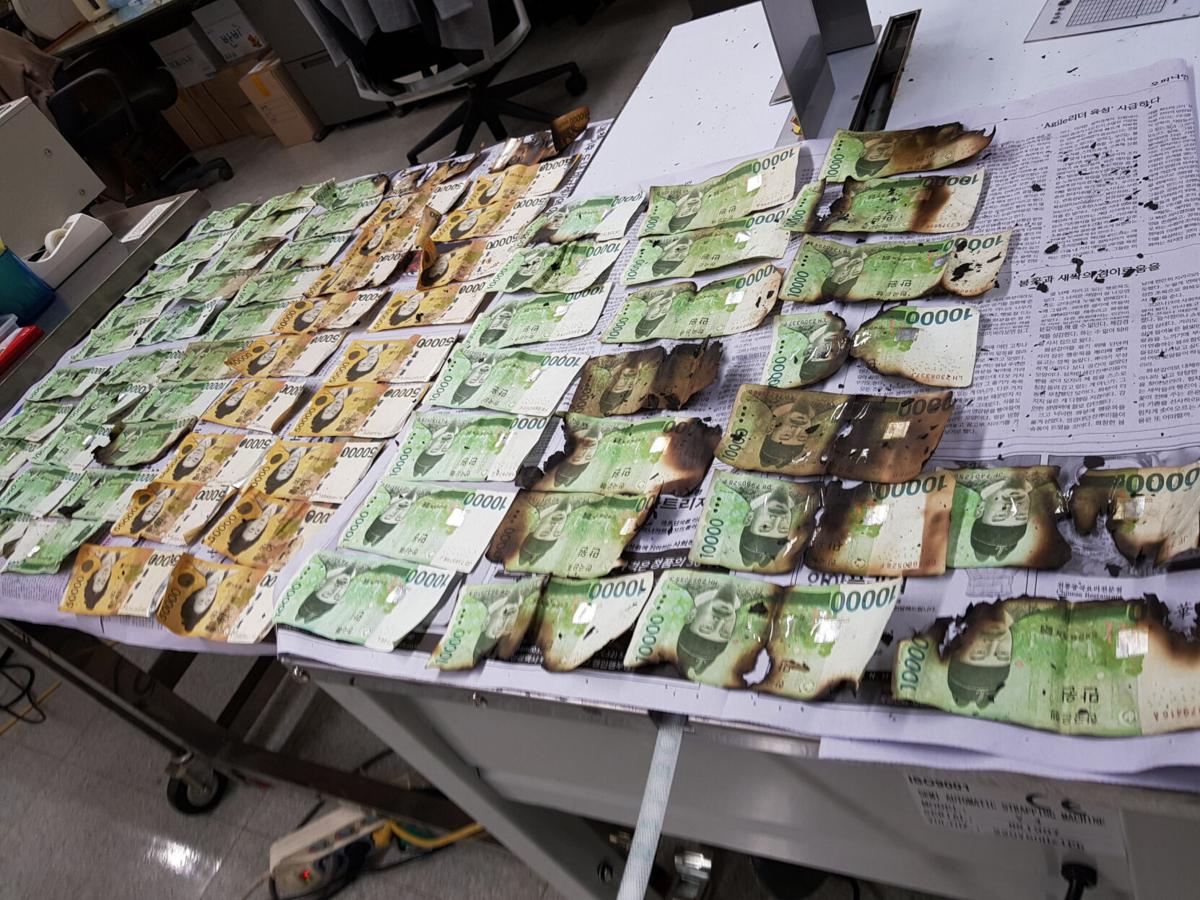 This undated photo provided by the Bank of Korea on Friday, July 31, 2020, shows damaged banknotes by being heated up in a microwave in South Korea. According to the bank, a person, surnamed Kim, put bills in a microwave over coronavirus concerns earlier this year. The bank exchanged Kim's damaged money with the new currency worth 5.2 million won ($4,370). (Bank of Korea via AP) 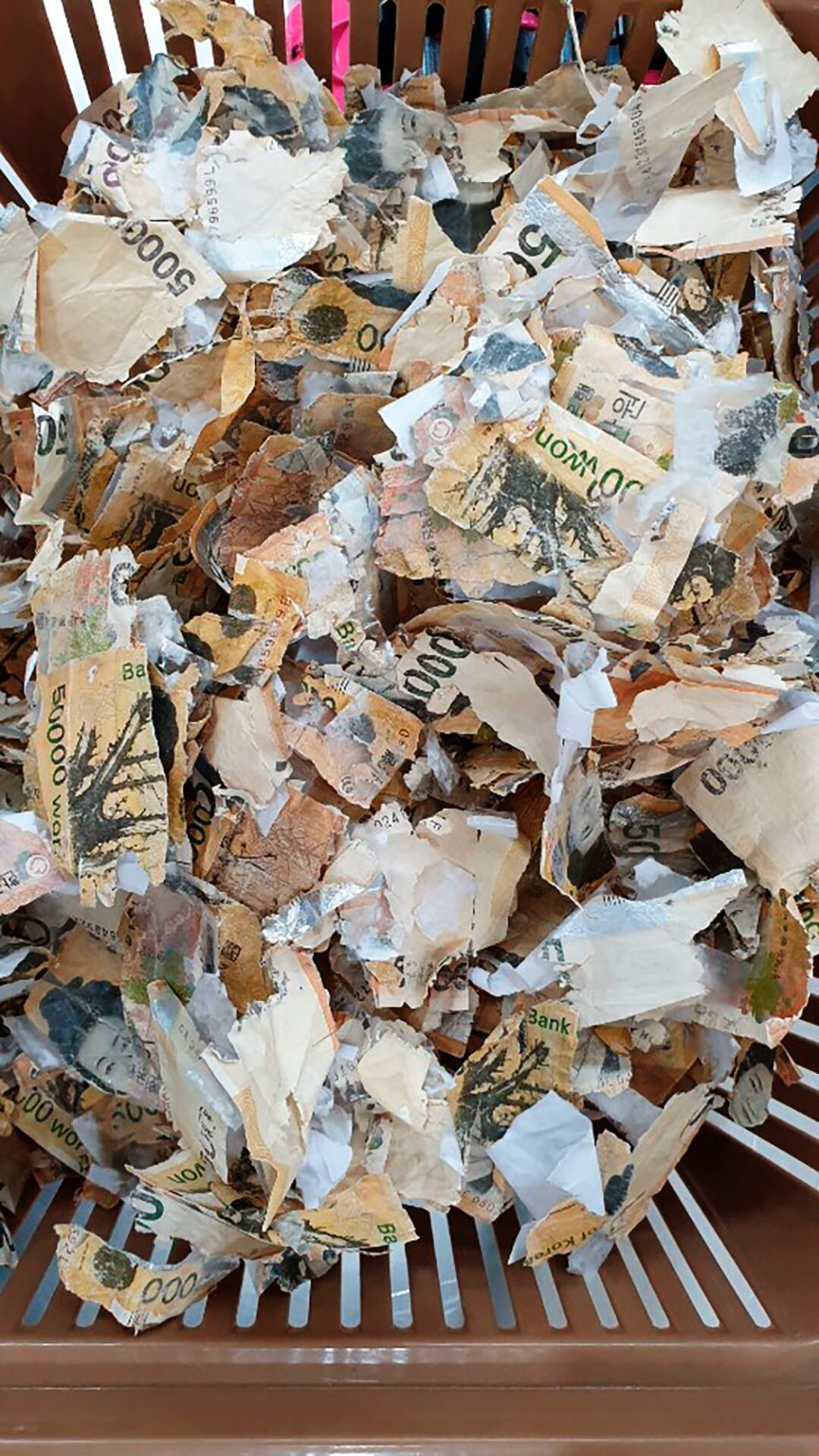