PHOENIX (AP) — An Arizona man who participated in the insurrection at the U.S. Capitol while sporting face paint, no shirt and a furry hat with horns said he regrets storming the building, apologized for causing fear in others and expressed disappointment with former President Donald Trump.

In a statement released late Monday through his attorney, defendant Jacob Chansley said he has re-evaluated his life since being jailed for over a month on charges stemming from the Jan. 6 riot and realizes he shouldn't have entered the Capitol building. Chansley, who previously said Trump inspired him to be in Washington that day, said Trump "let a lot of peaceful people down."

Keep scrolling to see photos from the Jan. 6 riot in Washington

Chansley said he's coming to terms with events leading to the riot and asked people to "be patient with me and other peaceful people who, like me, are having a very difficult time piecing together all that happened to us, around us, and by us. We are good people who care deeply about our country."

Chansley's attorney, Al Watkins, released the statement about a half-day before the second impeachment trial of Trump was scheduled to begin in the U.S. Senate.

Watkins, who unsuccessfully sought a pardon on Chansley's behalf from Trump, said the Senate didn't take up his offer to have his client testify on how he was incited by the former president.

The defense lawyer said his client's apology wasn't self-serving but rather a genuine expression of culpability. Still, he said he doesn't think it's right for the government to prosecute people who were incited.

"If you believe the government is correctly prosecuting the (former) president, you can't at the same time hold criminally culpable those who were incited, because the people incited become victims," Watkins said in an interview.

Chansley has pleaded not guilty to felony charges of civil disorder and obstructing an official proceeding, plus four other misdemeanor charges.

Chansley was among hundreds of pro-Trump supporters who charged past outnumbered police officers and stormed the Capitol as Congress was meeting to certify Joe Biden's electoral win.

Authorities say Chansley was one of the first people in the Capitol building, disobeyed orders by an officer to leave, refused the officer's request to use Chansley's bullhorn to tell rioters to leave the Senate chamber, and wrote a note to then-Vice President Mike Pence saying, "It's only a matter of time, justice is coming."

Prosecutors said a spear on top of a flagpole carried by Chansley was a weapon, though his attorney has characterized the spear as an ornament.

Since being jailed, Chansley has had two instances in which he wasn't eating because the detention facilities where he was being held didn't serve organic food. He lost 20 pounds (9 kilograms) during the latest starvation episode. Chansley, who calls himself the "QAnon Shaman," said he has been following such a diet for eight years while practicing Shamanism.

Last week, a judge ordered corrections officials to provide Chansley with organic food. He was later moved to a jail in Virginia after the District of Columbia Department of Corrections said it couldn't honor the court's order to feed him organic food.

Scenes from Jan. 6 attack on Capitol

Principal fixes student's haircut to help boost child's confidence, get him back to class

A middle school principal in Indianapolis is being praised for the way he handled a student who refused to remove his hat in class.

The House approved a $1.9 trillion pandemic relief bill early Saturday that includes $1,400 direct payments to Americans and a minimum wage hike. It now moves to the Senate.

Tiger Woods was seriously injured Tuesday when his SUV rolled over and ended up on its side. The golf superstar had to be extricated, and his agent said he was undergoing leg surgery.

Here's what comes next for Biden's $1.9T virus relief package

What's next for the bill? When can Americans expect to see their $1,400 direct payments? Is there a deadline for final passage? Get the details here.

Agony of post-COVID-19 loss of smell can run deep for some. Get today's virus developments.

What happens when COVID-19 causes a person to lose their sense of smell? Food tastes like cardboard. Depression and cognitive issues can result. The latest developments.

A Long Island cemetery worker died at the bottom of an empty grave Thursday in a freak accident, police in New York said.

In a significant defeat for former President Donald Trump, the Supreme Court is declining to step in to halt the turnover of his tax records to a New York state prosecutor.

A former U.S. Olympics gymnastics coach with ties to Larry Nassar died by suicide Thursday after being charged with two dozen crimes, including forms of human trafficking.

A N.Y. prosecutor has obtained copies of Donald Trump's tax records after the Supreme Court rejected the former president's last-ditch effort to prevent them from being handed over. 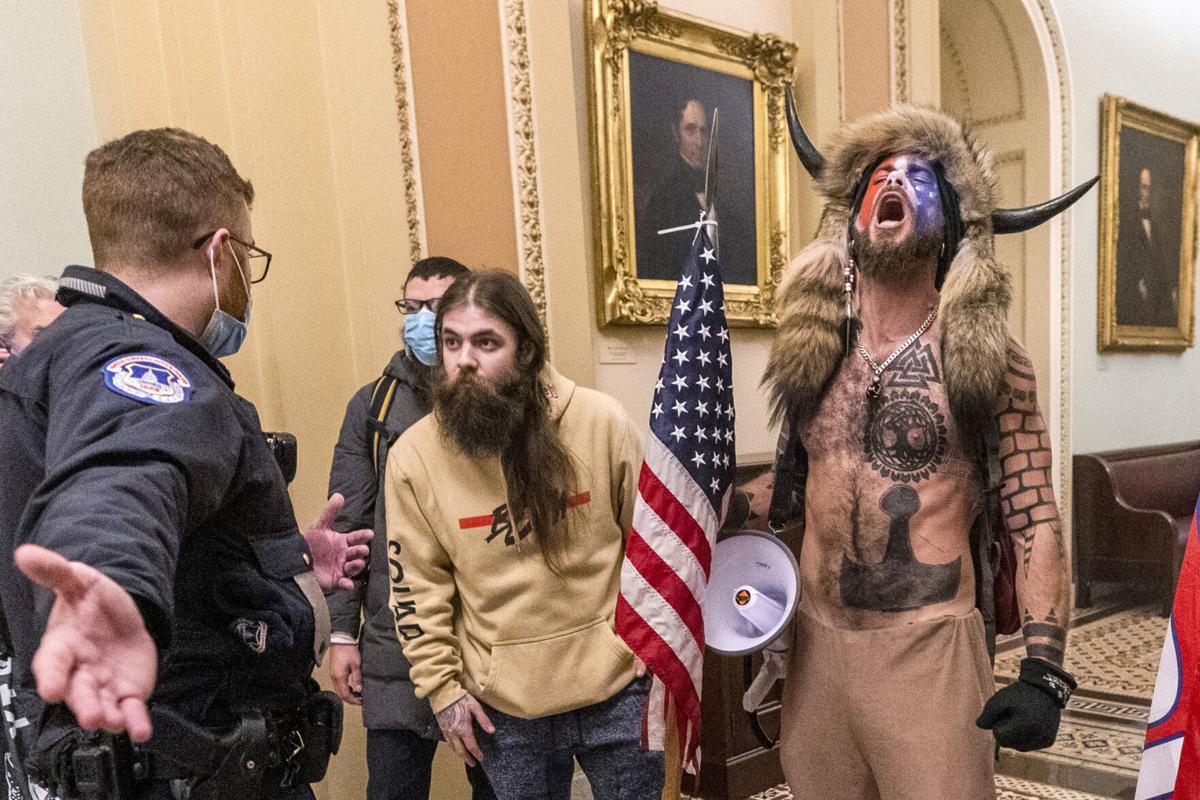 FILE - In this Wednesday, Jan. 6, 2021 file photo, supporters of President Donald Trump, including Jacob Chansley, right with fur hat, are confronted by U.S. Capitol Police officers outside the Senate Chamber inside the Capitol in Washington. A judge ordered corrections authorities to provide organic food to an Arizona man who is accused of participating in the insurrection at the U.S. Capitol while sporting face paint, no shirt and a furry hat with horns. (AP Photo/Manuel Balce Ceneta, File) 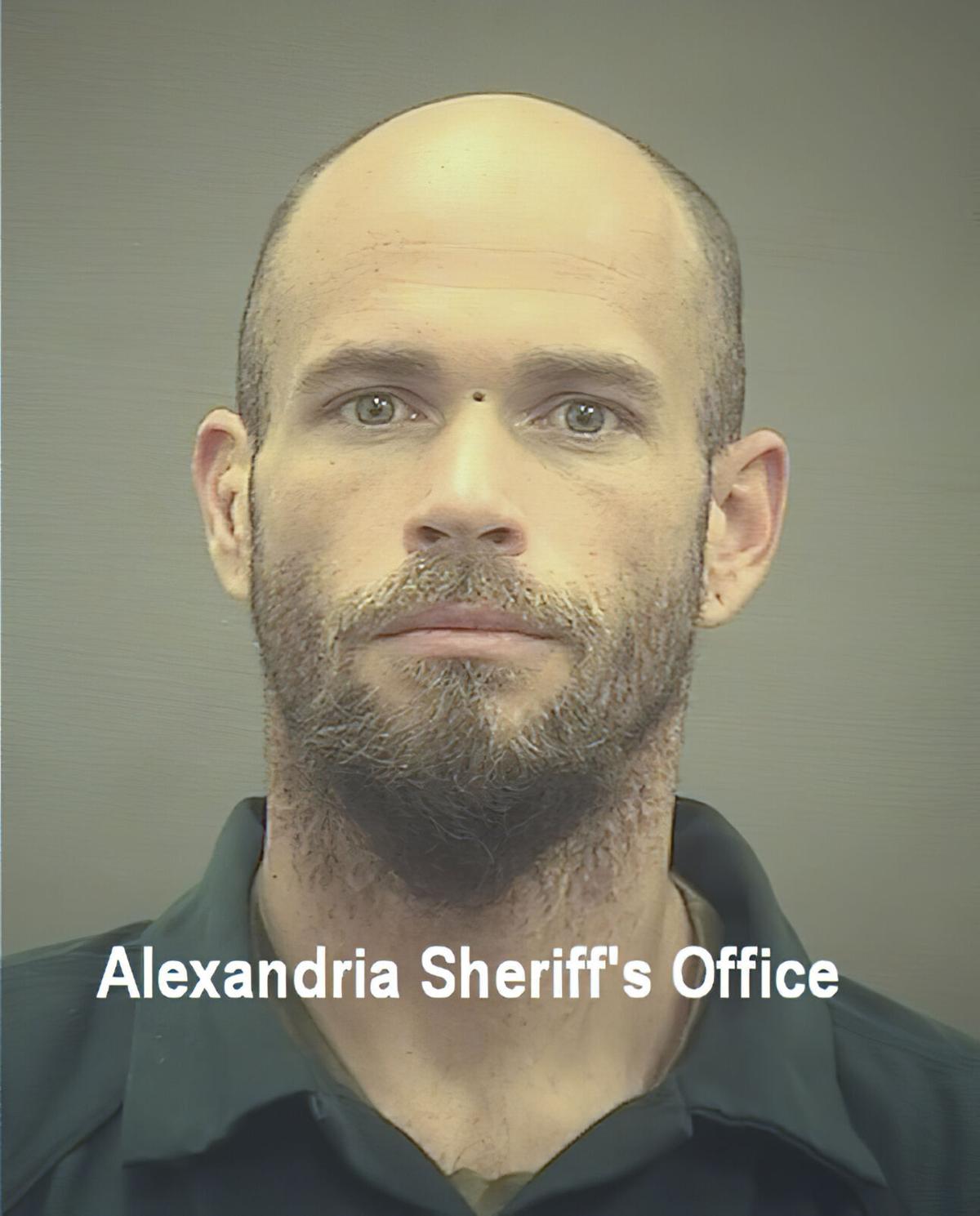