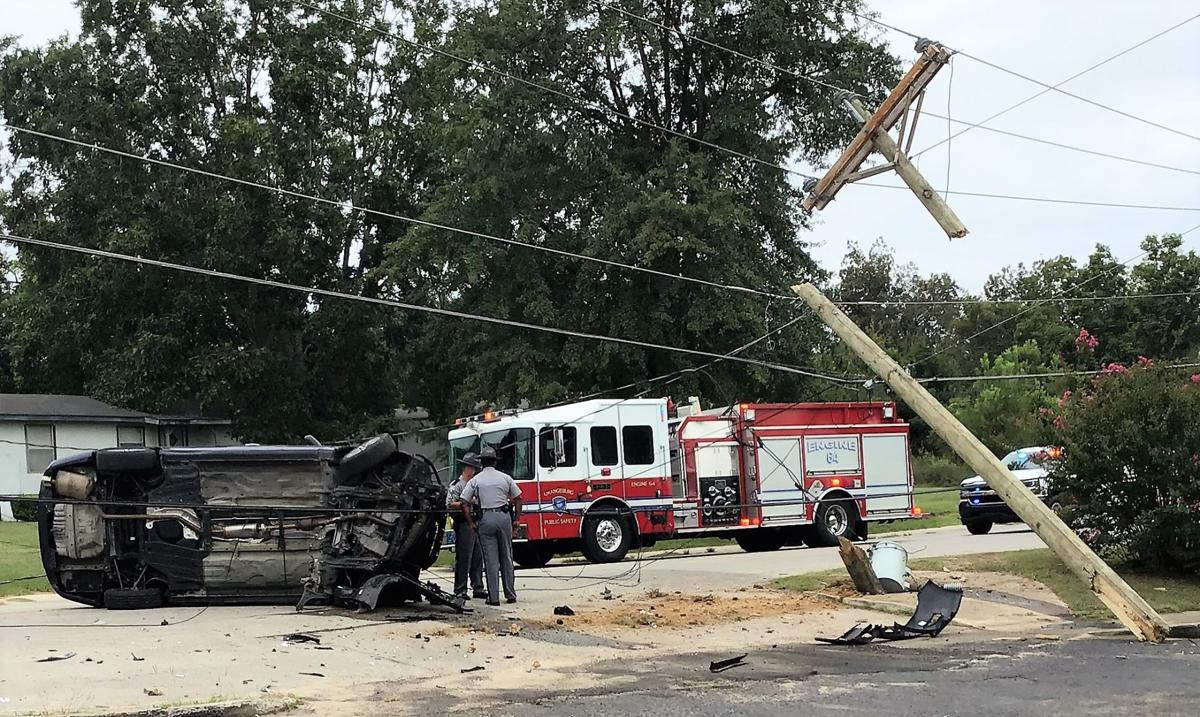 A man was taken to a hospital on Wednesday after his vehicle crashed into a utility pole on Stilton Road. 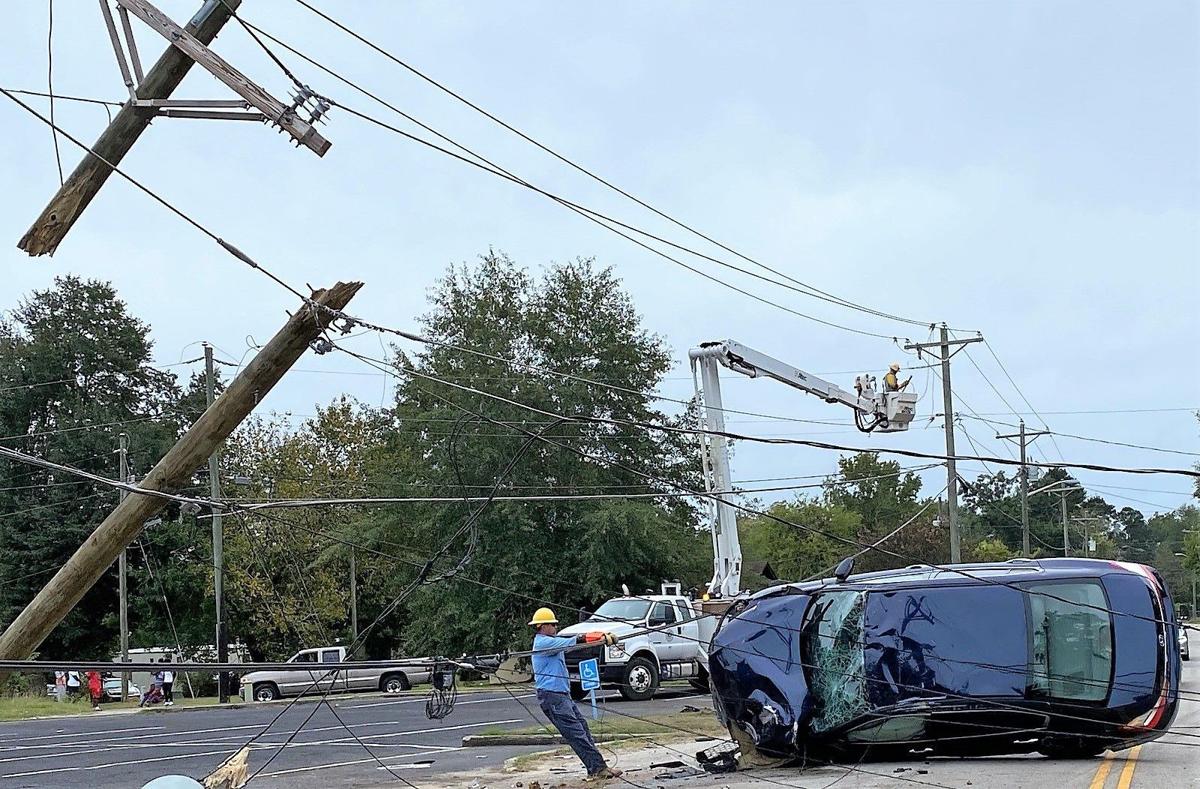 The Orangeburg Department of Public Utilities worked to restore power in the neighborhood after the crash.

“I was so scared. I thought it was going to be a head-on,” said Valerie Dobbs, who was driving in the opposite direction.

Dobbs watched as the brand-new blue Honda Accord with a temporary license tag crossed over into her lane.

“I saw him when he left that lane. It was like he was losing control, but he was going really, really fast,” she said.

“I said, ‘Oh God! This boy’s about to hit!’ and that’s when I went over in the schoolyard,” she added, referring to the parking lot of the Nix Education Center.

“I was getting out of his way. The car went up in the air, turned and came down on the side,” she said.

Dobbs, who lives nearby, said she’s seen quite a few accidents at that same site.

“There’s something about that curve. That’s where it starts,” she said.

Dobbs’ uncle, Timothy Corley, who lives across from the site, watched the collision as he sat under his carport.

Corley and a neighbor on Nix Court, Kenny Jenkins, pulled the driver out and placed him on the grass until Orangeburg County EMS arrived.

“I told Kenny to get up and hold the door for me because it was up on the side,” he said.

Corley grabbed the driver under his arms and lifted him.

Corley was able to get the driver by his waist and drag him out of the car.

“Kenny got under the two arms and I took him by the legs and we walked him over here and laid him on the grass,” Corley said.

During his lifetime, he’s seen 53 vehicles crash into utility poles at the location where Wednesday’s crash occurred.

Wednesday’s collision marked the third time someone struck a utility pole at that same spot this year, he said.

“I’ve seen them come and hit that pole and run into the house here and knock my mama clean out of the bed,” he said.

Drivers are “slinging it through here,” he said.

“Sometimes me and my grandson are sitting up under the carport and he’ll say, ‘Granddaddy, here comes one!’” he said.

Dobbs thinks accidents could be prevented if there were more patrols in the area and signs warning people about the curve.

“A lot of times, most of the people who’ve had accidents on this street I’ve never seen in my entire life. I think they’re not familiar with the curve,” she said.

Electricity to the area was out temporarily as the Orangeburg Department of Public Utilities quickly erected a new pole and restored the utility cables.

Sgt. Robert Davis of the Orangeburg Department of Public Safety said the agency received the call about the crash at 1:56 p.m.

Officers remained on scene because of the downed power lines and to assist with traffic.

The S.C. Highway Patrol is investigating the crash. The condition of the injured man isn’t known.

A Pelion man is facing a murder charge after authorities discovered a man’s body on a Dragstrip Road property in North on Sept. 11.

A man was taken to a hospital on Wednesday after his vehicle crashed into a utility pole on Stilton Road.

The Orangeburg Department of Public Utilities worked to restore power in the neighborhood after the crash.