Looking for omicron: How long until variant is found in U.S.? 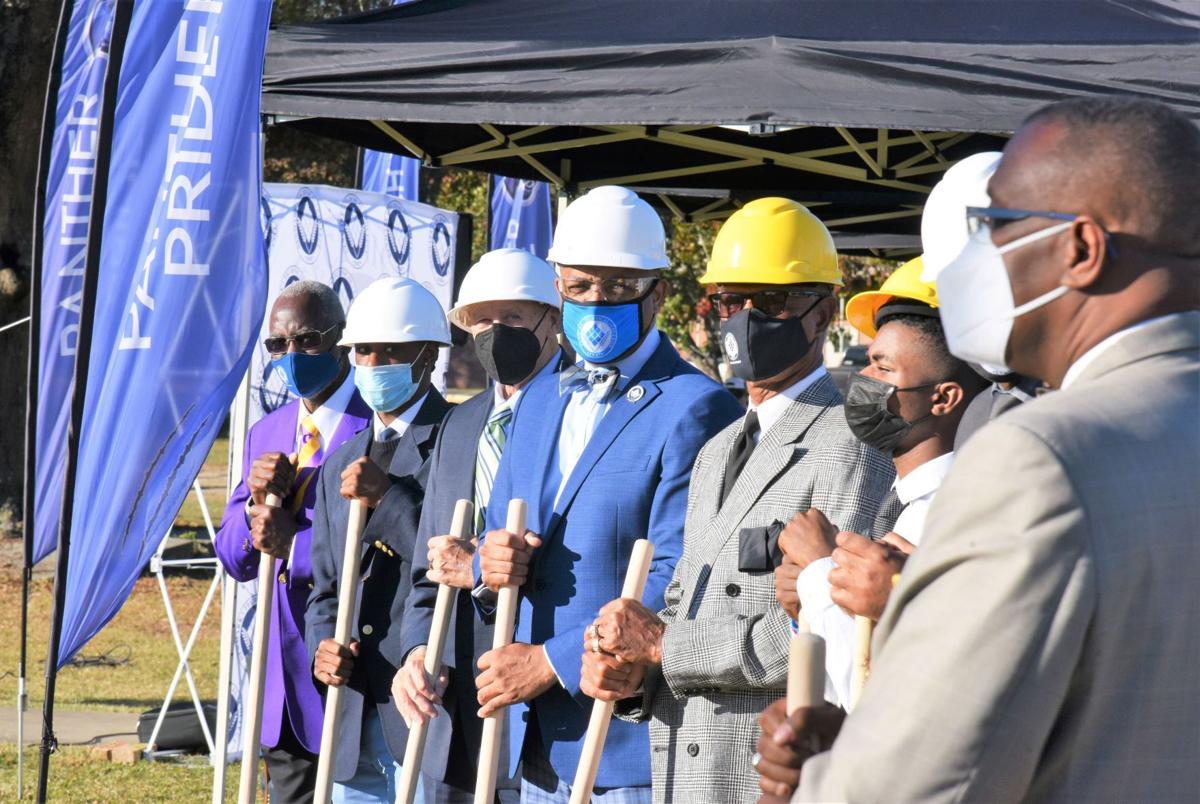 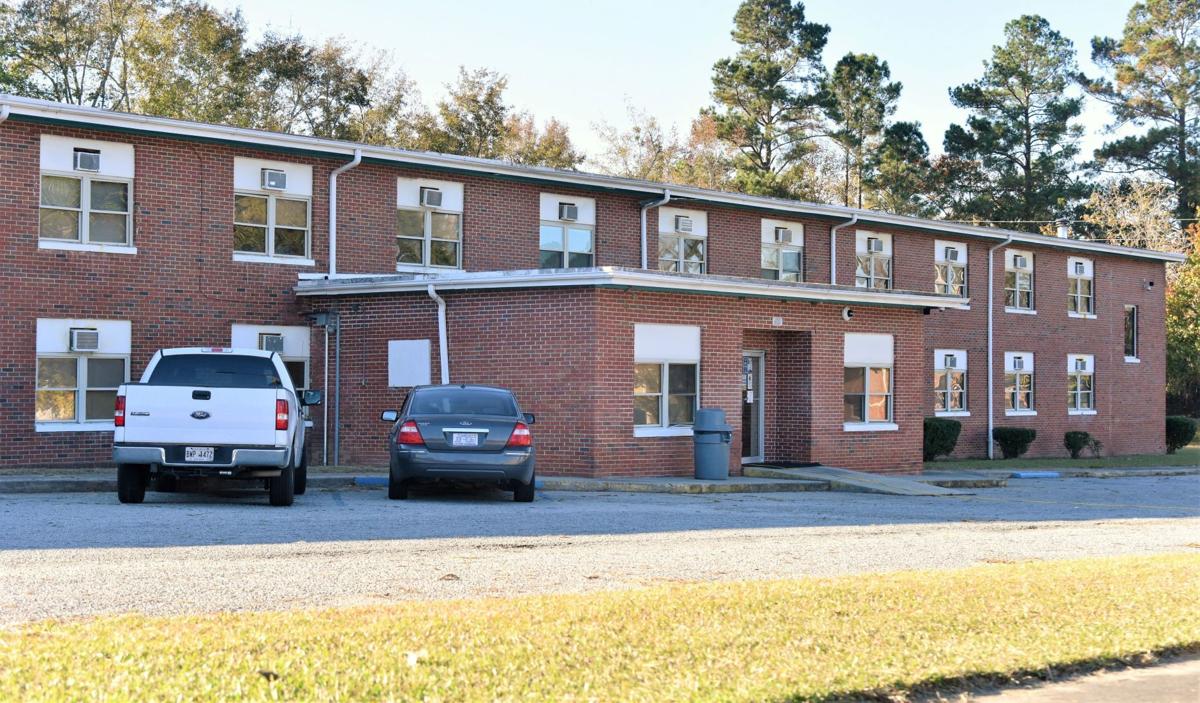 Denmark Technical College is making an investment in the quality of its living facilities with the $800,000 renovation of one of its three residence halls.

DTC President Dr. Willie L. Todd Jr. said the renovation of the residence hall, which was built in 1965, is just one of many steps the college has taken to enhance its facilities to improve the recruitment and retention of students.

Todd was one of several school officials who gathered Wednesday morning for a revitalization ceremony to kick off the renovation of its historic Dr. Martin Luther King Jr. Hall.

“This is one of our residence halls that students actually helped build. It's an historic residence hall. They've done some bathroom things over the years, but we're doing an $800,000 project to get the residence hall to the next level," Todd said.

The 50-room residence hall renovation will include the placement of storefront windows and laminate flooring.

“Right now there are old windows that have individual air conditioning units in them. It’s air and heating units that are very dated. We're going to be getting hotel-type AC units in. ... We're going to be doing some things in the restrooms as well,” Todd said.

The president said the project is slated to be completed by March of 2022. Charleston-based Coast Architects is the architect, and the general contractors are Sumter-based Hoyt’s Heating and Air Inc. and Augusta, Georgia-based Contract Management Inc.

Connie Dyer-Zafiris of Coast Architects said the dorm’s new windows will be complemented by ductless mini-split AC units, which will go underneath the window in a cabinet with a solid surface top.

“It’ll run across the whole width of the room. Students will be able to use that to put a cup of coffee on … books, or whatever. So it’ll be more usable, too, than just the unit,” she said.

Clarence O. Bonnette, DTC’s vice president for business and finance, said the college has also received an additional $3.1 million from the state in deferred maintenance funding which will be used to complete other, smaller projects at the school, including, but not limited to, roofing and interior lighting.

Bonnette said DTC is also starting a project which will include, but not be limited to, upgraded lighting and installing new furniture within King Hall.

“Students will really enjoy that facility,” he said.

Todd said, “This is part of our master plan. ... As we look at increasing retention at the college and increasing recruitment, we're looking at trying to make sure that we improve the quality of our living facilities.”

The president continued, “For us, it's mainly about making sure that the facilities on this campus are modern, that they're up to date and are going to provide our students a high quality of living. It's more conducive for learning.”

This past year, the college installed brand-new equipment in its cosmetology and barbering labs. It has also upgraded the technology infrastructure for the entire campus and put brand-new furniture in every campus classroom.

He continued, “We're working on getting our roads redone on the campus, and we also are working on getting some of our technology buildings updated. The last time we had an academic building on this campus was 1975, other than the library. … The last time we had technology building put on this campus was in 1961. So as a state school, that's ridiculous."

The president said work must be done to “put the tech back in Denmark Tech,” something which is being done with the addition of new programs at the college.

"What we're finding is every time we add a new tech program, we're seeing people coming. We’re looking at starting a CDL program in January. We were hoping maybe we’ll get at least 15 people to start the cohort, but we have over 100 applicants, and these are from our community,” Todd said.

“We have companies that have already reached out to us saying, ‘We will hire all your graduates.’ The trucking industry right now is an industry where they have shipments sitting in crates that they can’t move because they don’t have enough people driving,” he said.

The college has also just started a second cohort of its EMT program and is also looking at bringing a lineman program to the school.

“We’re so excited about that because people are realizing that Denmark Tech is an HBCU. We’ve always been an HBCU, but we’re here for everybody. So we see more people coming to embrace the college and take advantage of the resources that we have here. That’s ultimately what I want to see,” he said.

The college’s other two residence halls are Edisto Hall and Dawkins Hall.

“If we work on increasing retention and graduation rates, we’re going to have to improve the quality of our facilities. We’ve been making really strategic decisions that will help us increase retention. ... When we get the students here, we want to keep them here because we want them to finish their program and go out and become a part of the industry here in South Carolina,” Todd said.

Keithan Thompson, Student Government Association secretary and computer technology major, said he has been seeing the school develop and has high hopes for the future.

“I just want to thank Dr. Todd for just having the time to really change the school and, most importantly, change Martin Luther King Dormitory,” Thompson said.

Freshman Jauron Pruitt, a science major, said, “This residence hall will help grow our student population and help realize the vision of our college president and dreams of our future students.”

Freshman Jairus Hays, 19, a King Hall resident, is excited about the project.

“It means a lot. I heard they’re doing very good things with the renovation we’re making. It’s going to be great living there. I just can’t wait until the new project comes out and we’ll see better things,” he said.

DTC Area Commissioner James Bowden, who also serves as the DTC National Alumni Association president, thanked Todd for his leadership and recalled when he stayed in King Hall.

“It was the new dorm to us. … Just imagine when now you come on this campus and you see everything look the way it looks today,” Bowden said. “I take my hat off to Dr. Todd and his faculty and staff for all the hard work and dedication that you’ve put toward making this school not only look better, but is better.”

‘I got hit ... and my airbags blew’: 4 vehicles crash at busy intersection; 4 people injured

Four vehicles collided in Orangeburg on Monday morning, sending four people to the hospital with minor injuries, according to Orangeburg Depar…

Aging schools in various needs of repair. A county with declining population and school district enrollment. Underutilization of school campuses.

Tonya Ceasar sings to provide a soothing and spiritually uplifting comfort to people's souls. With the release of her latest album, she contin…

WH: Omicron variant found in 20 countries, not US

WH: Omicron variant found in 20 countries, not US