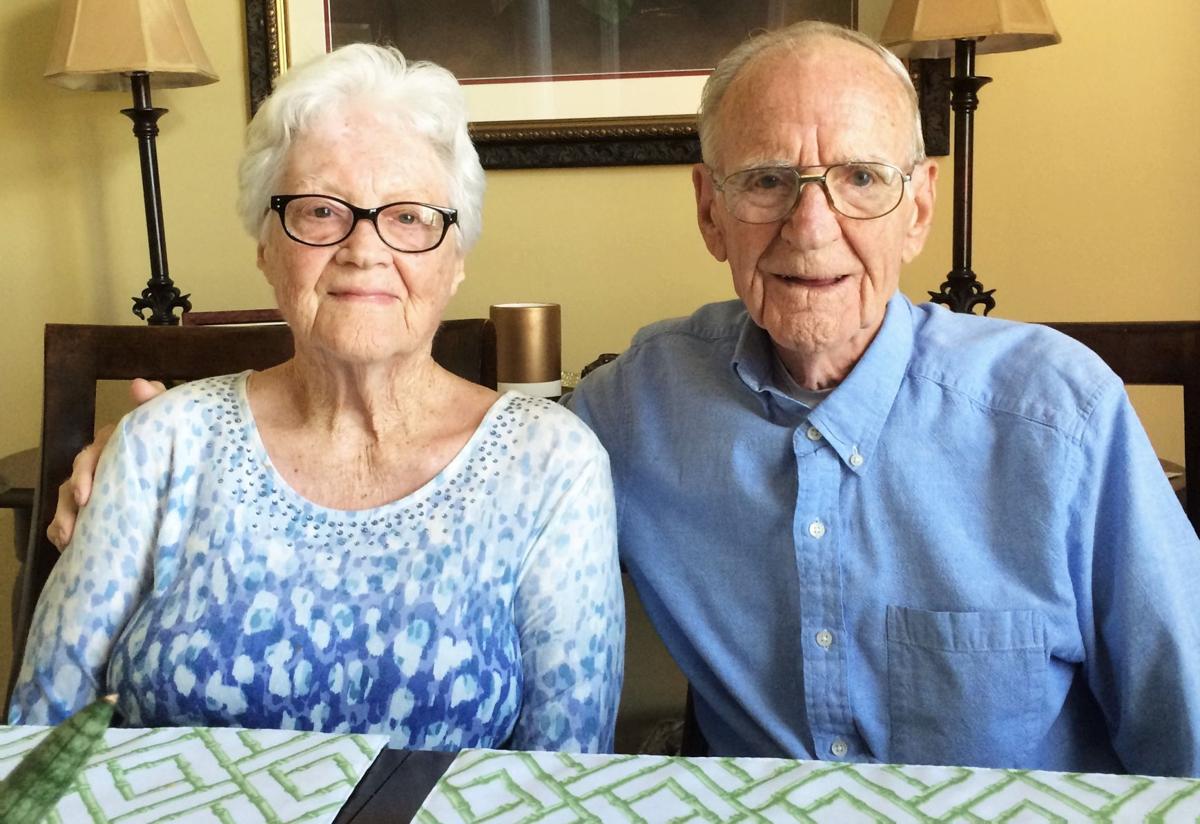 Orangeburg residents Dot and Jack Dudley have been married for 70 years. The couple say not holding grudges and talking through challenges are some keys to a long successful marriage. 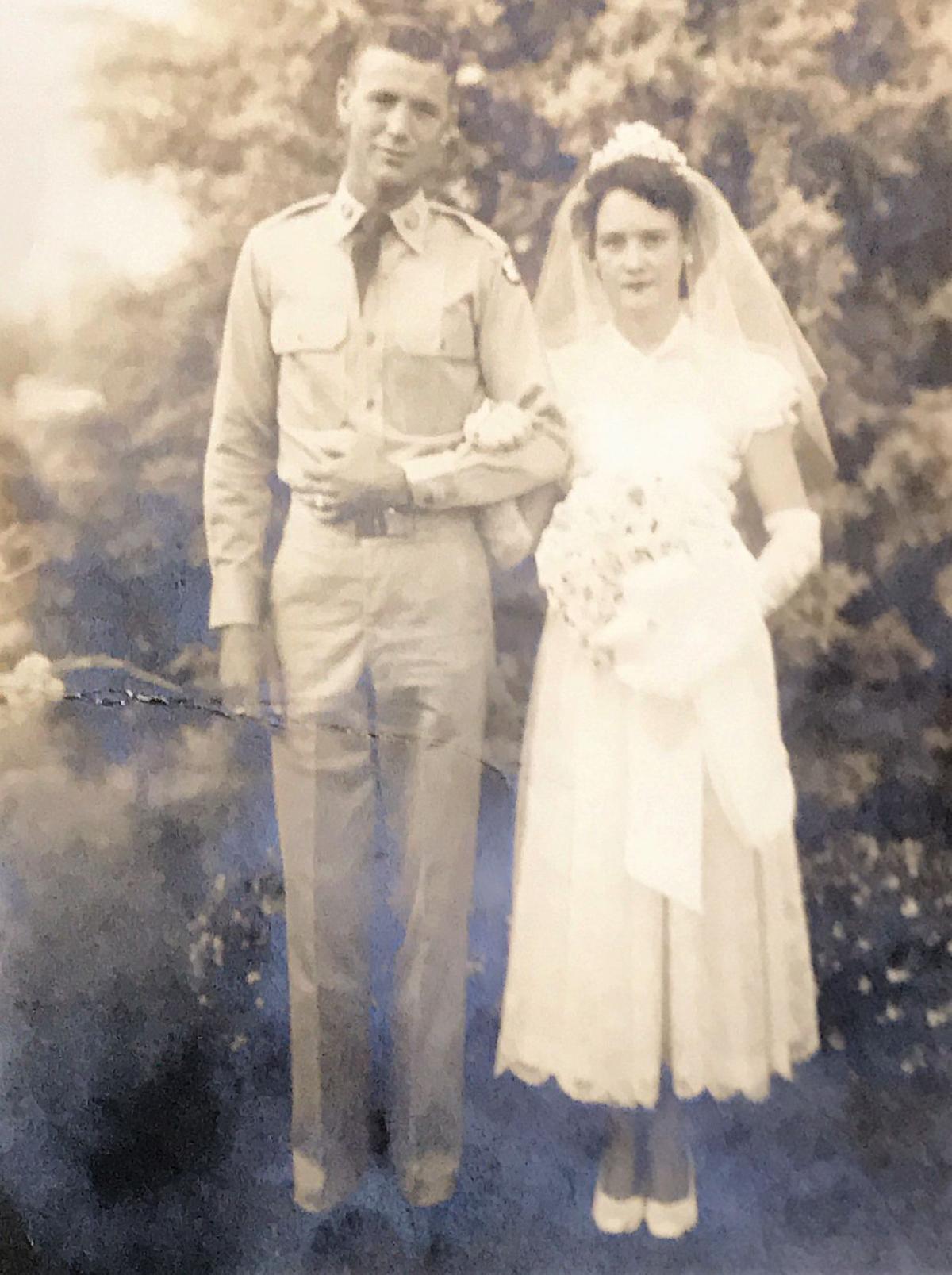 "Love is patient, love is kind. It does not envy, it does not boast, it is not proud. It does not dishonor others, it is not self-seeking, it is not easily angered, it keeps no record of wrongs. Love does not delight in evil but rejoices with the truth. It always protects, always trusts, always hopes, always perseveres." -- 1 Corinthians 13:4-7

"I liked him from the first time I saw him," Dot recalled, adding before long she knew he was the one with whom she wanted to spend the rest of her life. "That was my dream."

At first, Jack was unaware of his secret admirer.

‘We did a lot of prayer’: Church’s gift gives home to new congregation

"Her friends sort of steered me along, telling me there was a girl in our group who liked me," he said. "I don't know how big the group was. It might have been the whole school."

"It got down to name calling, and I said that suits me fine," he continued. "I kept thinking I could live with that girl."

It was 1948 and the two were both students at the rural Sharon High School in Abbeville, South Carolina.

"We were high school sweethearts," Dot said. "At that time, there was a popular song about my future, and I would sing that about him to my girlfriends."

Love continued to blossom for the two.

Jack would show up at Dot's house in his father's 1934 Chevrolet, and the couple would end up going to the Friday and Saturday night square dances put on by the high school for the senior class.

"That was the first time we really dated," Dot said. "He brought me home from one of the square dances."

"We just liked each other," Jack confirmed.

"I always thought he had a lot of patience," Dot said. "He was fun. He was a lot of fun. He was nice looking."

"We liked the same things," she said, noting she would often go to see Jack play softball and the couple would also go to a popular teenage hangout in Abbeville called the Come Back.

Even though, Jack did not have his own vehicle, he said the Chevrolet he did have was stripped down so far that boards were used for the front seats.

Dot and Jack continued to date until graduation in 1949, but then life changed somewhat for the two.

The Korean War began and Jack was recruited into the United States Army, of which about six months were spent in Korea. He ended up leaving the Army as a master sergeant after about three years.

Meanwhile, Dot was in the United States attending business school.

Despite the long distance, their love did not dim.

The couple tied the knot in the front year of Dot's parents' house in Abbeville at 5 p.m. The couple's Presbyterian pastor, who also taught a Bible class at their high school, ended up witnessing the marriage.

"We just had our family and some cousins," Dot said. "A few friends."

"It was the prettiest spot in the yard," Jack recalled. "There was a tree that we stood beside and front of."

A photo shows the couple -- Jack in his U.S. Army uniform and Dot in her white wedding dress -- in front of the tree on that day 70 years ago.

As newlyweds, Dot and Jack lived in Alexandria, Virginia, at Fort Belvoir, where their first daughter, Cheryl, was born.

In 1956, Jack and Dot moved from Atlanta as part of job change. Jack was involved in the finance business until he retired in 1993. Dot worked as a teacher aid in Marshall Elementary School for about 20 years.

They have been in Orangeburg ever since.

"Orangeburg has been our home," Dot said.

Today, Dot, 88, and Jack, 90, continue to love each other in their Wellgrove Lane home as on the day the met.

Life's little things are what keep the couple happy after all these years.

"We like to take naps," Dot said. "We like this neighborhood. We have a lot of neighbors and friends around. It is a retirement community and everybody has a lot in common."

The couple also like to watch television together and are active members of First Presbyterian Church in Orangeburg.

"We were always homebodies," she said. "We were always active in church and had retreats. There were a lot of softball games. With all the children and grandchildren, it was never dull."

Jack said the key to marriage is "to be pleasant" and to "have fun."

"Raising a family, we sort of worked for the same thing what we wanted to accomplish," Dot said. "Enjoying the same things, and we were never ones to do things extra."

Both Jack and Dot credit their faith in God as helping them in their marriage these last 70 years.

"That is the main thing," Dot said. "If you want to have a good marriage, I think you need be in church."

Jack said the church family has also been very supportive.

"You should never go to bed mad and you should be able to talk things out," Dot said. "Try to at least not let things linger a long time."

Dot says when they got married, they had an understanding that it would be forever.

"You married thinking you were going to be together until death do you part," she said. "You learn to take things in stride and not let things bother you, and usually things will work themselves out."

"If you do think of something you don't agree, try to think it out and find something good about it and go on," Jack said.

"I just love everything about Dot," Jack said. "We understand each other, and a lot of times, we know what we are going to say or do even before we do it. We read each other sometimes."

Dot says Jack has always been a patient man.

"I don't know him to have ever raised his voice," Dot said. "I think he always thinks a lot before he speaks. He is just a good person and he is the perfect one for me."

Dot says one of the biggest challenges in their lives has been old age. She is hard of hearing and Jack is considered legally blind.

"You have health issues and I wish he could see and do things," Dot said. "I probably get impatient because he can't do what he used to do."

"I always ask how the Braves do last night," Jack said. "We try to have fun together. We don't hold any grudges."

In 70 years, the couple has a lot of memories.

For Jack, it was the birth of the couple's first child, Cheryl.

"She was very exciting to me," Jack said, smiling. "I was a father. I was a daddy now."

Jack said one thing he wished he could have done is been with Cheryl growing up more. He did not get to see her take her first steps or learn how to walk.

It was when he returned from the war at Fort Jackson when he first saw his first-born "running down the sidewalk."

"That was the first time I had ever seen her run," Jack said.

The couple now have five children -- three girls and two boys, and 13 grandchildren and 15 great-grandchildren. The majority of the family lives in the state and in the Southeast.

In addition to the birth of children and grandchildren, Dot said she has fond memories of the couple and children at Edisto and Myrtle beaches.

"The family used to spend a week at the beach," Dot said.

The family still gets together regularly.

"If they forget about getting together, we remind them," Jack said.

The couple have also expanded their family beyond blood relations.

About 50 years ago, they hosted a foreign exchange student from Osaka, Japan.

Nobuo Nakagawa was among 100 Japanese students to come to the United States through the American Field Scholarship program in 1971.

The couple continue to be in regular touch with Nakagawa and his wife, Sumiko. Nakagawa has visited the Dudleys twice over the years, the latest visit being in 2018.

The couple's 70th wedding anniversary was celebrated in subdued fashion due to the coronavirus.

"It was a special day," Dot said. "We had a vase of flowers delivered to us early that morning from our children, grandchildren and great-grandchildren."

Lunch was also brought to the couple by Cheryl.

A tribute tape was also made by her children and grandchildren on how much they are appreciated.

"It was a surprise and a really neat thing," Dot said.

Nakagawa also contributed his well-wishes to the Dudleys for their 70th anniversary video tribute.

After 70 years, both Jack and Dot say they are looking forward to many more years together.

"We just hope to be able to take care of ourselves," Dot said when asked about the couple's future together. "We will just keep on doing what we are doing."

The couple's eldest, Cheryl Laing, described her parents' marriage as a model of how to love. She has been married for 40 years.

"I am trying to follow in their footsteps," Laing said. "They have shown us how to love each other. They didn't necessarily tell us things about love, but they certainly have shown us that throughout the years. They have set a good example for us."

Laing expressed her appreciation for all her parents have done for her, her siblings and grandchildren over the years.

"They have always been very generous and loving," she said. "We try to follow in their footsteps and set examples for our families like they have done for us."

“A good catch’: Avid anglers have enjoyed 72 years together

This is a fishing story about the one that did not get away.

Orangeburg residents Dot and Jack Dudley have been married for 70 years. The couple say not holding grudges and talking through challenges are some keys to a long successful marriage.