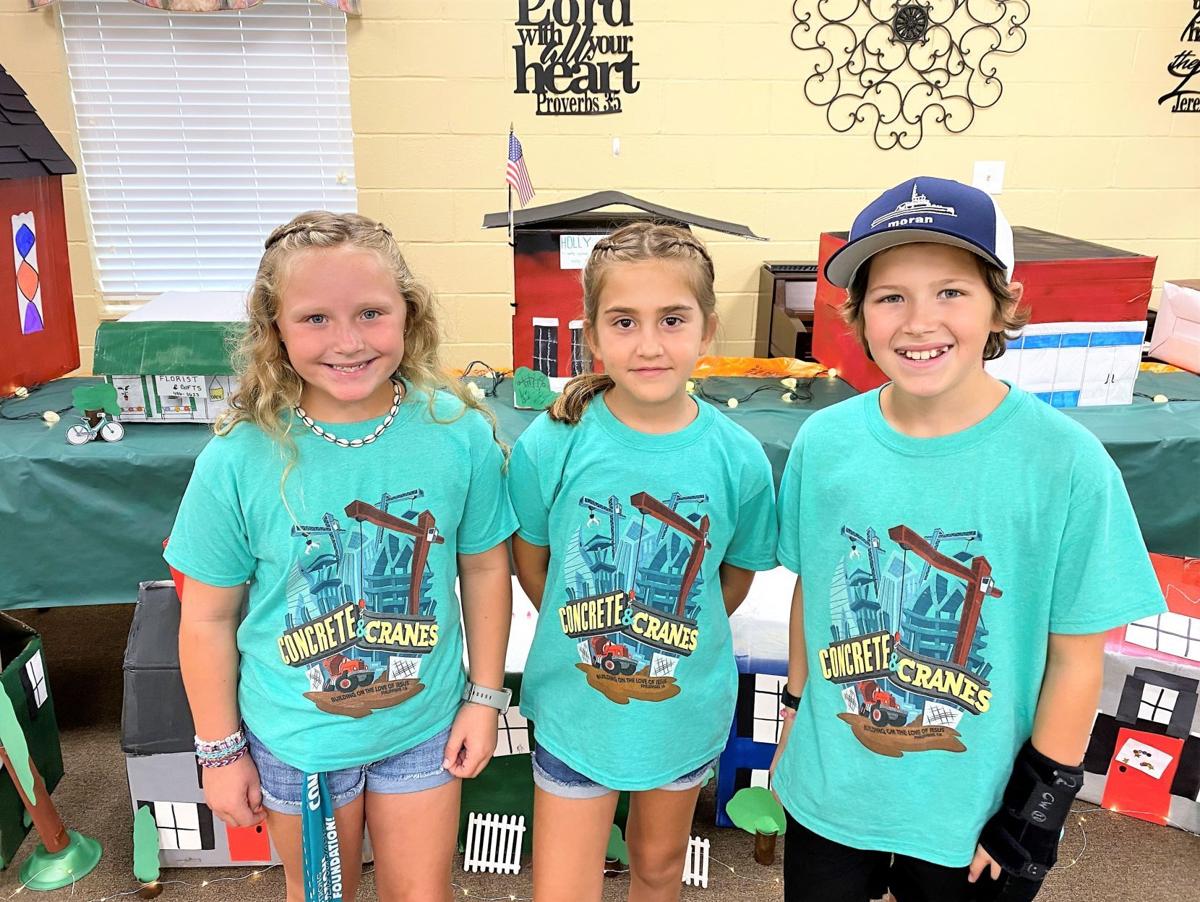 Daley Walling, Connley Belle Courtney and Carter Welch “C.W.” Daley stand in front of some of the buildings they and other Vacation Bible School students created showcasing the town of Holly Hill. 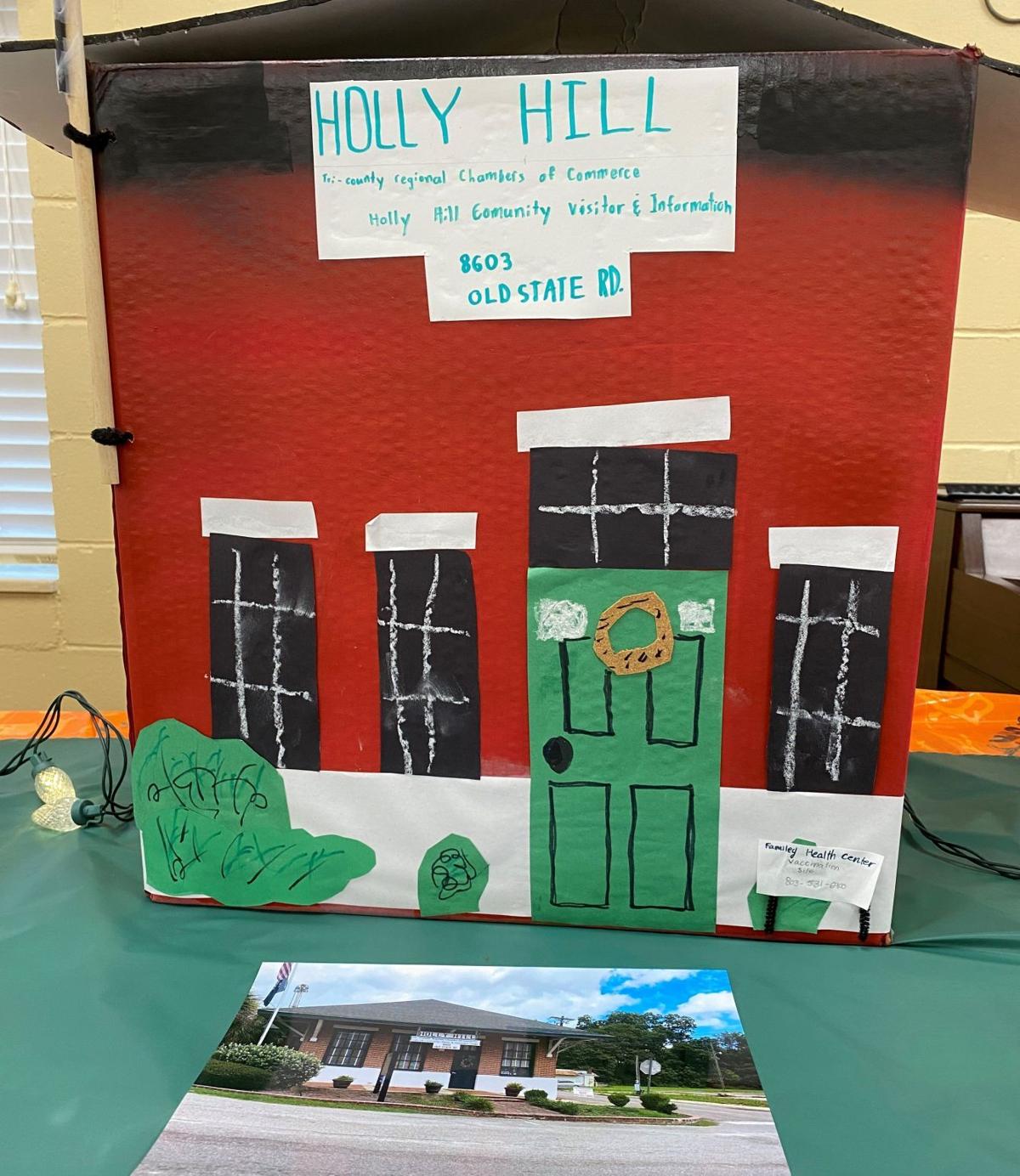 “Mrs. Geanne told us we could build the town, so we built the church and we made the train depot and the post office, Ace Hardware, Piggly Wiggly and even have some houses that we made for the people in town,” Carter Welch “C.W.” Daley said.

The theme of VBS was “Concrete and Cranes.”

In keeping with the theme, the students’ main arts and crafts project was to recreate some of the town’s businesses along the main street of Old State Road.

“The kids really got to know their town,” she said.

She also incorporated the Christian teaching that God has a plan for everyone.

“This made them think about what they’re doing. There’s a plan. God has a plan. He didn’t just throw you together either,” she said.

“They had a blast doing this,” she said.

Behr gathered cardboard boxes and spray-painted them with basic colors, leaving the rest of the work to the children.

“We made houses and stuff and we learned about Paul and Matthew and we got told the stories about what they did,” said 9-year-old Connley Belle Courtney.

“For crafts, we made these houses and we used partners. We had a lot of fun,” she said.

“I made the little red house down there and I helped make that house,” she said, pointing to a house with a tiny dog in a window made of paper.

Church member Lauren Bolen said, “I taught Bible every single night to every single student that came through.”

On the night before the last VBS session, Bolen asked the students in each class to name their favorite part.

“Every single class consistently said that making the town of Holly Hill was their most favorite,” she said.

“We’ve got just a plethora of kids and volunteers that we have been loving on and encouraging and just learning about who Jesus is,” he said.

“It’s amazing to know the kids had an opportunity to learn about the town. I think it’s real good,” he said.

“It think it’s beautiful. I think this was an experience they’ll never forget,” he said.

The Orangeburg County Sheriff’s Office and Holly Hill Youth Sports will hold a back-to-school bash in honor of the Rev. Charles Miles.

20% of Giant Sequoias wiped out by wildfires since 2020

20% of Giant Sequoias wiped out by wildfires since 2020

Restaurant leftovers being converted to biogas outside Paris

Restaurant leftovers being converted to biogas outside Paris

Daley Walling, Connley Belle Courtney and Carter Welch “C.W.” Daley stand in front of some of the buildings they and other Vacation Bible School students created showcasing the town of Holly Hill.