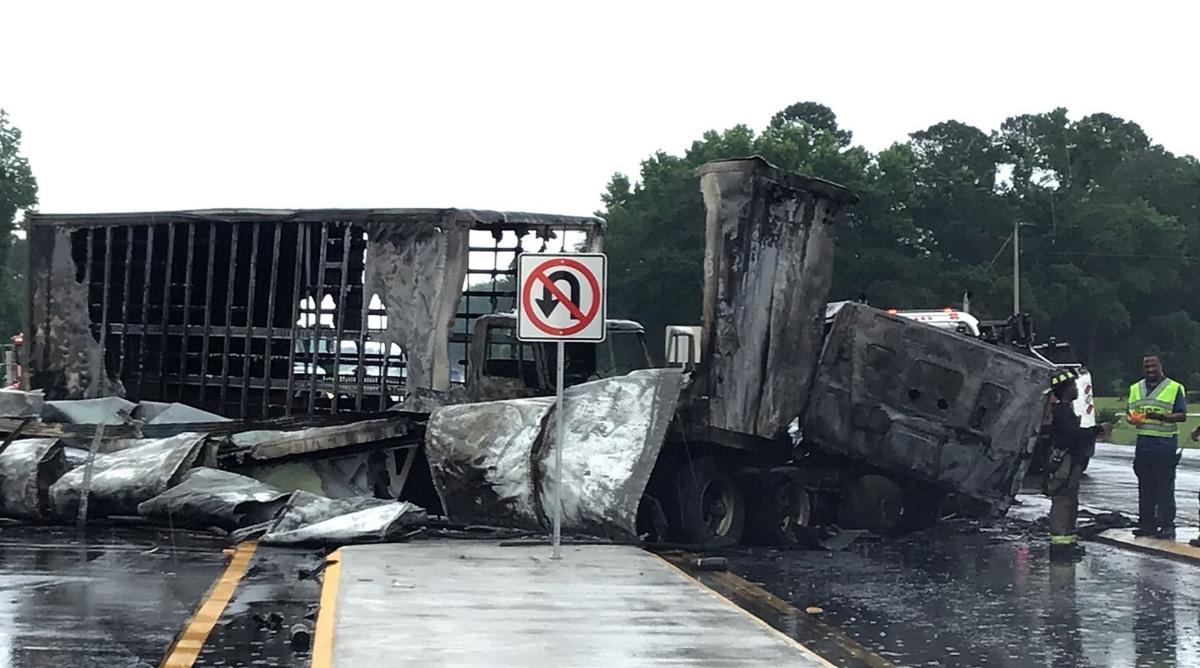 Two tractor-trailers and an SUV burned on Tuesday after a crash at U.S. Highway 301 and Tee Vee Road. 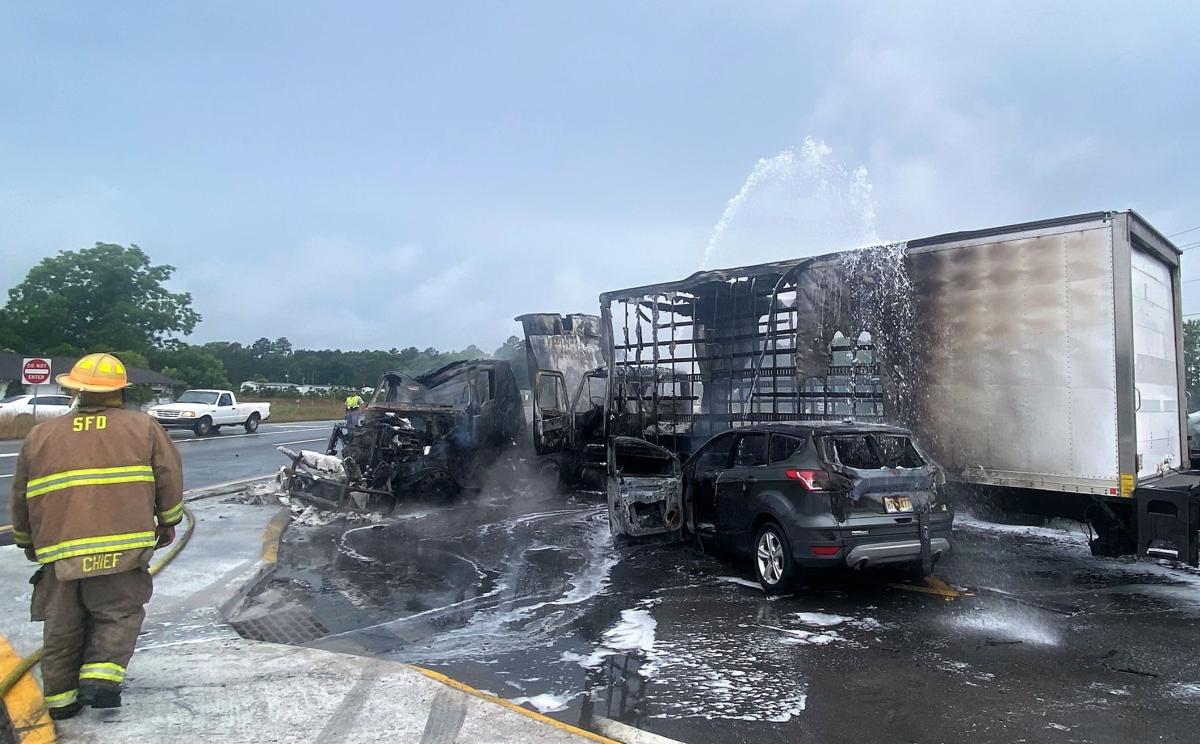 Santee Fire Chief Ed Barnett said everyone involved in Tuesday’s crash was able to walk away.

Two tractor-trailers and an SUV erupted into flames after a collision on Tuesday afternoon near Santee, according to Santee Fire Chief Ed Barnett.

The occupants of the vehicles were able to walk away from the collision on their own, although some had minor injuries, he said.

When firefighters arrived, they saw flames reaching 12 to 14 feet in the air, Barnett said.

“Three vehicles were mangled together and melted down,” he said.

“Thank goodness the trailers on the trucks were empty,” Barnett added.

Barnett said the Providence Fire Department assisted in getting water to the scene.

Crews used approximately 8,000 gallons to put out the fire, which took about 30 minutes to get under control, he said.

The S.C. Department of Transportation and Orangeburg County EMS also responded to the scene.

The incident remains under investigation by the Highway Patrol, Tidwell said.

Two tractor-trailers and an SUV burned on Tuesday after a crash at U.S. Highway 301 and Tee Vee Road.

Santee Fire Chief Ed Barnett said everyone involved in Tuesday’s crash was able to walk away.