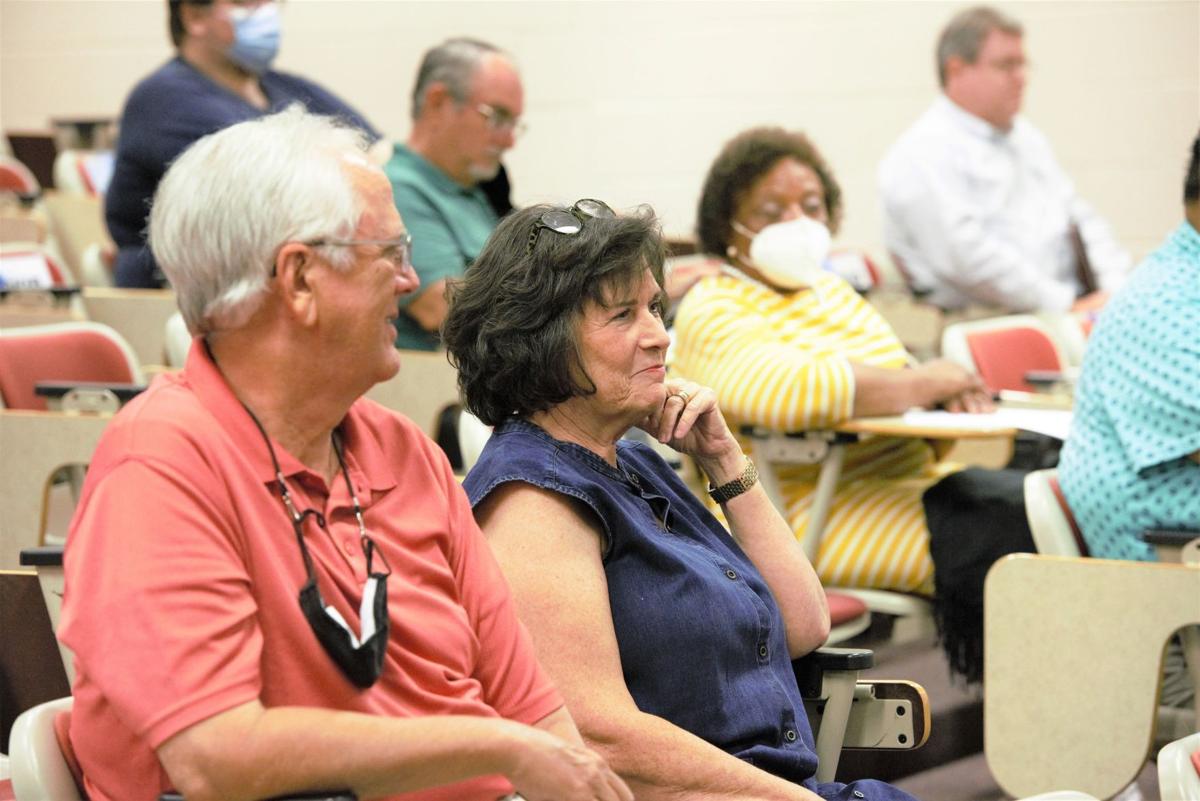 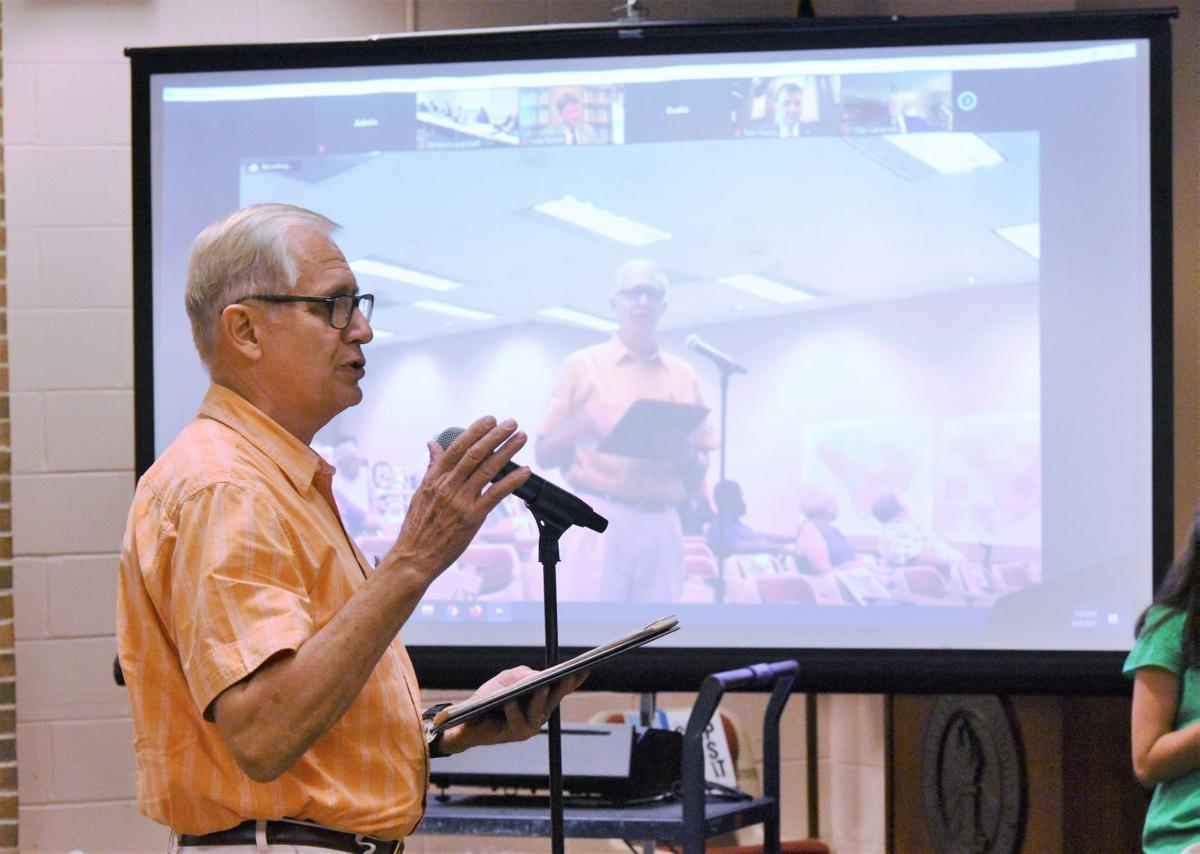 Several local residents called upon state lawmakers to revisit and redesign a 6th Congressional District that they say is disproportionately large and does not follow court guidelines or criteria by which lines are drawn.

Others spoke in favor of keeping the 6th Congressional District the same, saying it has proven beneficial to constituents.

St. Matthews resident Larry Wagner said that when looking at the South Carolina map, the District 6 is "huge, compared to everybody else."

"If you look at the map, you gotta look at it and say, 'Boy, is that thing ever gerrymandered,'" Wagner said during a public hearing of the S.C. Senate Judiciary Redistricting Subcommittee Monday night. "What do those folks down in the tail of Georgia have to do with commonality with Orangeburg and Calhoun County where we live in St. Matthews," Wagner said. "Their lifestyle ... is different than ours and yet we are in the same district."

The 6th Congressional District includes about 15 counties from Sumter, to Columbia, to Charleston and Jasper counties. It also includes Orangeburg, Calhoun and Bamberg.

The district's current configuration dates from a deal struck in the early 1990s between state Republicans and Democrats in the South Carolina General Assembly to create a majority-Black district.

It also includes most of the majority Black areas near Beaufort (though not Beaufort itself).

Between 50 and 75 people attended the meeting held at Orangeburg-Calhoun Technical College.

The hearing was primarily focused on the counties of Bamberg, Barnwell, Calhoun and Orangeburg.

Both Hutto and Stephens were in attendance at Monday's public hearing.

According to subcommittee Chairman Luke Rankin, R-Horry, redistricting guidelines (or criteria) are court-designated rules of the road for how district lines are redrawn in accordance with shifts in the state’s population. It is typically done after the state's population is updated by the decennial census.

Some examples of redistricting criteria include:

Rankin said the subcommittee will take into consideration the comments made during the public hearing.

"We are here to hear from you," Rankin said. "We want to hear what you consider your communities of interest to be."

"Let us simplify the whole thing," he said, noting the way District 6 is drawn does not follow the principle of a compact district. "Look at District 6. You gotta to think it is hard to imagine that is being compacted."

Wagner said another criteria is that district boundaries follow natural or manmade or geographic boundaries like roads, counties and municipalities.

"You look at District 6 and you are going, 'How did we get on the other side of Columbia'?," he said.

"How long it took to think this up to make a wart on District 6 to go clear up there over the natural boundary lines, over the roadways and over the very things you said was the reason hat we have our boundaries natural, roads, county lines and municipalities," Wagner said.

Orangeburg resident Van T. Gaffney Sr. requested the districts be drawn "not because of race or discrimination, but territory that improves for all the citizens."

"We don't need to be divided by race or anything in this state," Gaffney said. "We need to keep continuity. We need to work together. We need a South Carolinian approach to our guidelines and borders."

"As a resident of this county for about 35 years, I have seen programs that have been implemented because of the relationship we have with our state, federal and local governments that have proved beneficial to us especially in a rural community like Santee and Orangeburg County," Gordon said.

"To me I have always felt the 6th District as it is now ... was basically gerrymandered to create something," Orangeburg resident Chester Palmer said. "It borders on four other congressional districts and about a third of South Carolina is in that one district."

Palmer asked the subcommittee to "redesign the 6th District to make it more fair."

"Competition will produce really, really good leaders regardless of which political party they are from," Palmer said. "We need to move Orangeburg County forward. We have lost population. I want to see Orangeburg County succeed."

Orangeburg resident Hou-Yin Chang said the 6th Congressional District since its drawing has been in "perpetual decline" economically.

Chang noted the 6th District spans five television markets -- Florence, Columbia, Charleston, Savannah and Augusta -- when the entire state has a total of seven media markets. He noted most districts span only one or two media markets.

"There is no commonality in the issues with many of these markets," Chang said. "The district that was created has no interests. With no common bond in the 6th Congressional District along the markets, how can a constituent be heard?"

He also noted the Limestone 1 precinct itself has been divided into two different congressional districts -- District 2 and District 6.

"As jobs have been lost and are leaving this county, most of the people who live in our Limestone districts now work in Lexington County and would definitely be represented better by Lexington than to be in this mishmash of this district," Chang said.

Orangeburg resident Debbie Hammond, who has worked in state government for 30 years and is now retired, expressed her appreciation for the subcommittee's work and the ability to offer public input. She also stressed the need to pass a redistricting plan without court involvement.

She also stressed the need for redistricting to take into consideration the growing senior citizen population in the state.

"When you talk about communities of interest, I would rather have the people who see those constituents in church and in Walmart. They know what the community of interest is. They are the ones who need to make the decision about how the lines are drawn," Hammond said. "Judges don't know."

Orangeburg resident Chris Johnson said a fair redistricting process would help to inspire the 500,000 inactive registered African American voters in the state to get involved in the voting process.

He reminded the subcommittee that redistricting must comply with the Voting Rights Act of 1965 and that the public understands the redistricting process.

"I would like to advocate that the redistricting process should not start until there are clear laws governing the process that the House and the Senate are bound to follow," Johnson said. "The Senate and House have different redistricting guidelines that they are not required to follow."

"The lack of accountability allows incumbents to pick their own voters to ensure that they win," Johnson said. "Non-competitive elections breed corruption."

Johnson said the majority of elections are won in primaries with no general election opposition.

"It makes it clear evidence that the current process is designed by and for incumbents, not the voters," he said.

He said Allendale and Jasper do not have a House representative or a senator living in the county. He said the issue comes to the fore with regards to taxation and unfunded mandates.

"Residents of the counties need representation for that," Ulmer said. "I hope you take all that in consideration. The counties do not have equal representation and the citizens in those counties are having to bear the unfair burdens because of that."

Orangeburg resident Phillip Ford, who identified himself as a part of the South Carolina United for Justice and Equality Coalition, requested the committee take into consideration the LGBTQ+ people when redrawing district lines and greater inclusivity of LGBTQ+ representation in the General Assembly.

He noted there are about 137,000 LGBTQ+ individuals in the state whose interests have not been listened to when drawing districts.

"The majority of South Carolinians, nearly 60% in fact, believe that LGBTQ+ equality is needed for things like employment, housing and public accommodations and we see discriminatory bills year after year and I believe that is due to some of the drawing of our districts," Ford said.

Maps were at the hearing to help speakers identify specific areas they wished to discuss.

The purpose of redistricting is in accordance with the Equal Protection Clause of the 14th Amendment to the Constitution.

The amendment requires everyone’s vote to count the same, a principle often called “one person, one vote.”

For everyone’s vote to be equal, every district must have about the same number of people. Otherwise, voters in less-populated districts would have more influence than those in districts with more people.

So, after each census, the legislature redraws district boundaries to include approximately the same number of people.

Following the meeting, Hutto was asked if he thought the Orangeburg area would lose a Senate seat because of the decline in population since the 2010 census.

"I don't think that is something right now we are concerned about," Hutto said. "Right now we still have more population than any of the other individual counties that make up these districts."

"Not to say that is the only way to do it," Hutto said. "If you look at any of the surrounding counties ... we still have a greater population in Orangeburg even though we did not gain any population and actually lost a few thousand."

Every 10 years, after the census is taken, an announcement is made about how many seats each state will have in the U.S. House of Representatives.

The Census Bureau defines “apportionment” as “the process of dividing the 435 memberships, or seats, in the U.S. House of Representatives among the 50 states.” South Carolina did not grow enough to gain a new congressional seat.

The public hearings have been held from July 27 and will end Aug. 12.

Hearings have been held in Columbia, Sumter, Rock Hill, Greenville, Florence and Beaufort.

Following Orangeburg, hearings will be held in Charleston, Conway and Aiken.

Individuals unable to attend the public hearing may submit information to the subcommittee by mail at P.O. Box 142, Columbia, S.C. 29202 or email at redistricting@scsenate.gov.

S.C. House members will begin public hearings on redistricting in the coming weeks.

T&D Region counties all saw population declines over the last decade, even as areas along the state's coastline and the suburbs south of C…

As South Carolina’s lawmakers prepare to draw election districts based on the latest U.S. Census data, Rep. Gilda Cobb-Hunter is calling for m…